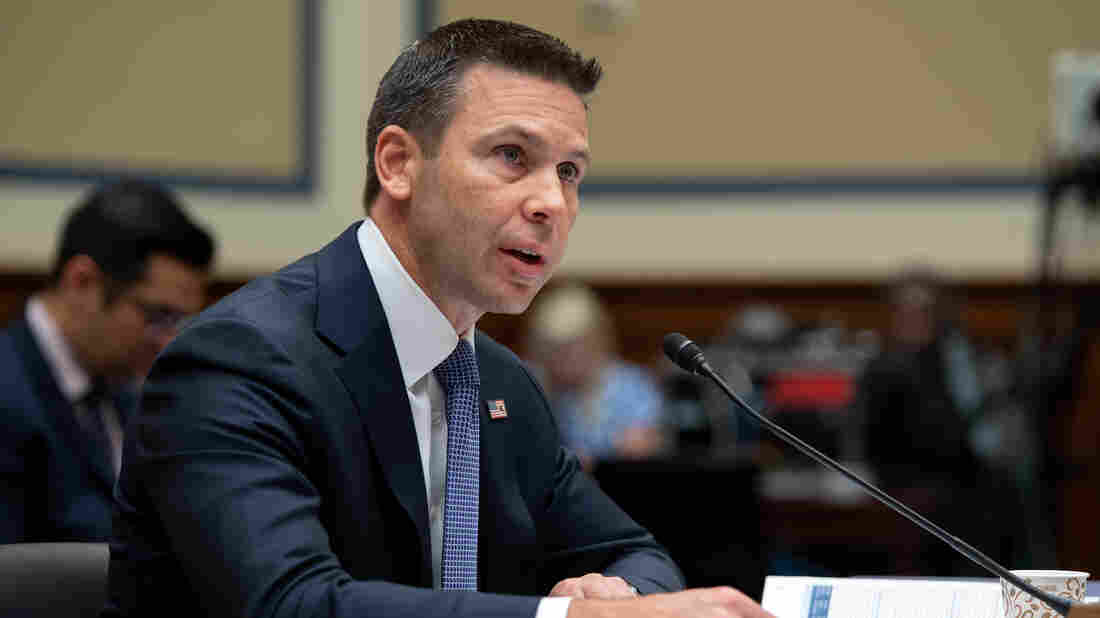 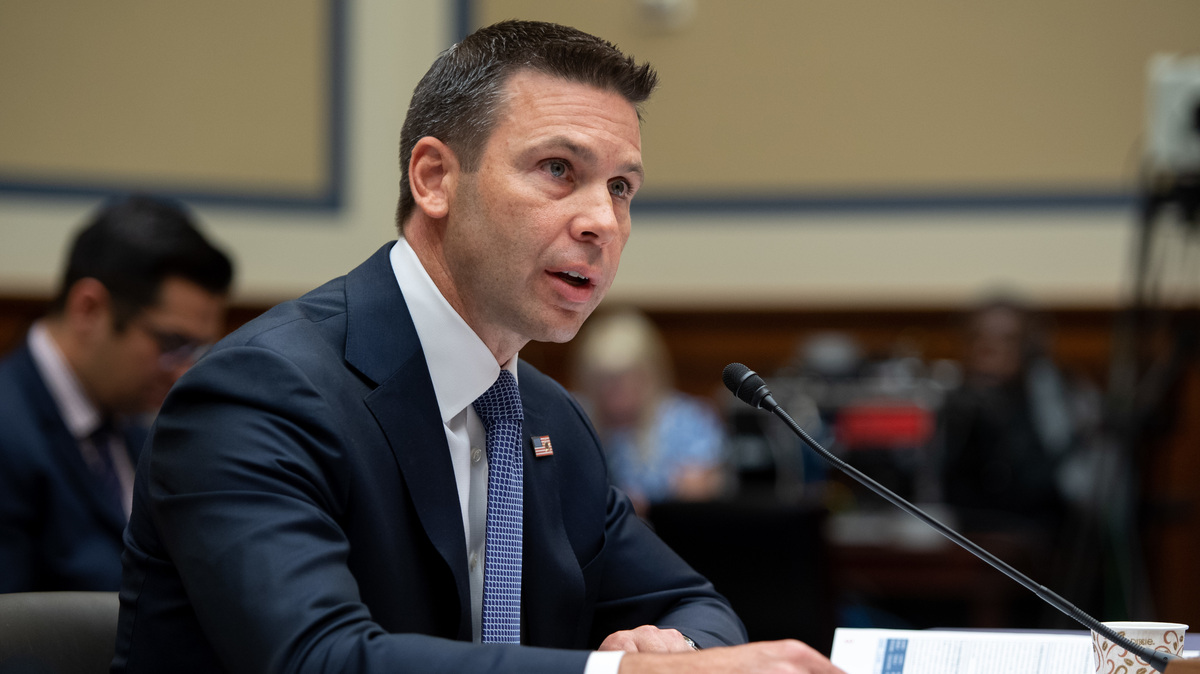 Acting Secretary of Homeland Security Kevin McAleenan testifies on security at the border and migrant detention during a House Oversight and Reform Committee hearing on Thursday.

Homeland Security acting Secretary Kevin McAleenan says the U.S. has apprehended more than 800,000 migrants attempting to enter the country since last October, calling the numbers staggering and unprecedented, and that the influx has "challenged and overwhelmed every aspect of our border and immigration enforcement system."

Still, McAleenan said DHS "made significant strides in its effort to secure the border and help and protect migrants in our custody."

McAleenan testified on Capitol Hill Thursday before the House Oversight and Reform Committee, as Democrats step up oversight of an immigration crisis on the U.S.-Mexico border.

He told the panel that fewer than 1,000 children have been separated from their families out of some 450,000 family units that have attempted to cross the border in the current fiscal year.

McAleenan said a recently passed package of humanitarian aid has allowed CBP to construct four temporary tent-like shelters to house those placed in detention at the border, alleviating the overcrowding at some CBP facilities. That same money, he testified, resulted the a reduction in the "in-custody population of children from a high of 2,700 to about 350 at the end of the day yesterday."

He credited Trump administration policies for leading to a 28% reduction in border crossings last month.

When McAleenan insisted his agency was doing its "level best," Cummings shot back: "What does that mean? What does that mean when a child is sitting in their own feces, can't take a shower? Come on, man. What is that about? None of us would have our children in that position. They are human beings." Watch the exchange below or at this YouTube link.

Rep. Jackie Speier, D-Calif., held up pictures of men and children at DHS faculties she said she visited, saying, "This would not be allowed as a kennel for dogs." But McAleenan said Congress specifically excluded funding for more beds at facilities run by Immigration and Customs Enforcement, exacerbating the overcrowded conditions there.

Cummings said, "When I see the pictures and I hear the testimony. ... I am at a point where I begin to wonder whether there is an empathy deficit."

But McAleenan insisted, "We are taking care of these children."

The Department of Homeland Security's Office of Inspector General released a report on July 2 warning of "dangerous overcrowding" at CBP facilities.

"We are concerned that overcrowding and prolonged detention represent an immediate risk to the health and safety of DHS agents and officers, and to those detained," investigators wrote.

On another issue, McAleenan said an investigation is underway into a private Facebook group of CBP agents, some of whom reportedly posted racist and anti-immigrant statements. He said the CBP Office of Professional Responsibility has placed several individuals on administrative duties, issued cease and desist letters and is "moving very quickly to hold people accountable for conduct that doesn't meet our standards."

Asked by Rep. Alexandria Ocasio-Cortez, D-N.Y., who was reportedly the subject of an obscene manipulated image on the site, whether the agents in involved were still on duty, McAleenan could not say. But he denied there was a dehumanizing culture at CBP.

The former homeland security secretary, Kirstjen Nielsen, resigned from the post April 7 following a turbulent tenure at the post, and McAleenan was named as her replacement that day.

Thursday's hearing comes amid a fight between Republicans and Democrats over which policies best deal with the humanitarian crisis at the border. The hearing also comes after dueling White House and congressional visits to evaluate conditions at the U.S.-Mexico border.

On July 12, a group of freshman House Democratic members delivered emotional testimony before the House oversight committee on those concerns. The lawmakers recently traveled with the Congressional Hispanic Caucus at the beginning of the month to the border to examine the conditions.

"We do have a crisis at our border, it is one of morality," Rep. Rashida Tlaib, D-Mich., said. "As we have seen this current strategy unfold, intentional and cruelly created by the Trump administration, dead set on sending a hate-filled message that those seeking refuge are not welcome in America, in our America."

"For [Second Lady] Karen [Pence] and me, it was frankly heart breaking, as parents, to talk to young children who told us of having walked two to three months up the Peninsula to cross into our country," Pence said after the visit to a detention facility. "That has to change."

VP saw 384 men sleeping inside fences, on concrete w/no pillows or mats. They said they hadn’t showered in weeks, wanted toothbrushes, food. Stench was overwhelming. CBP said they were fed regularly, could brush daily & recently got access to shower (many hadn’t for 10-20 days.) pic.twitter.com/tHFZYxJF7C

On Friday, a bipartisan group of House members, led by Reps. Lloyd Smucker, R-Penn., and Dean Phillips, D-Minn., plan to visit points of entry, a Border Patrol station and a processing center. The group, known as the Problem Solvers Caucus, said they hope the fact-finding mission will lead to new solutions.

"The crisis at the border is one of the most pressing issues facing our nation and must be addressed by Congress," Smucker said in a statement. "I am hopeful that the Problem Solvers Caucus can once again work together to put forth bipartisan solutions to this critical issue."