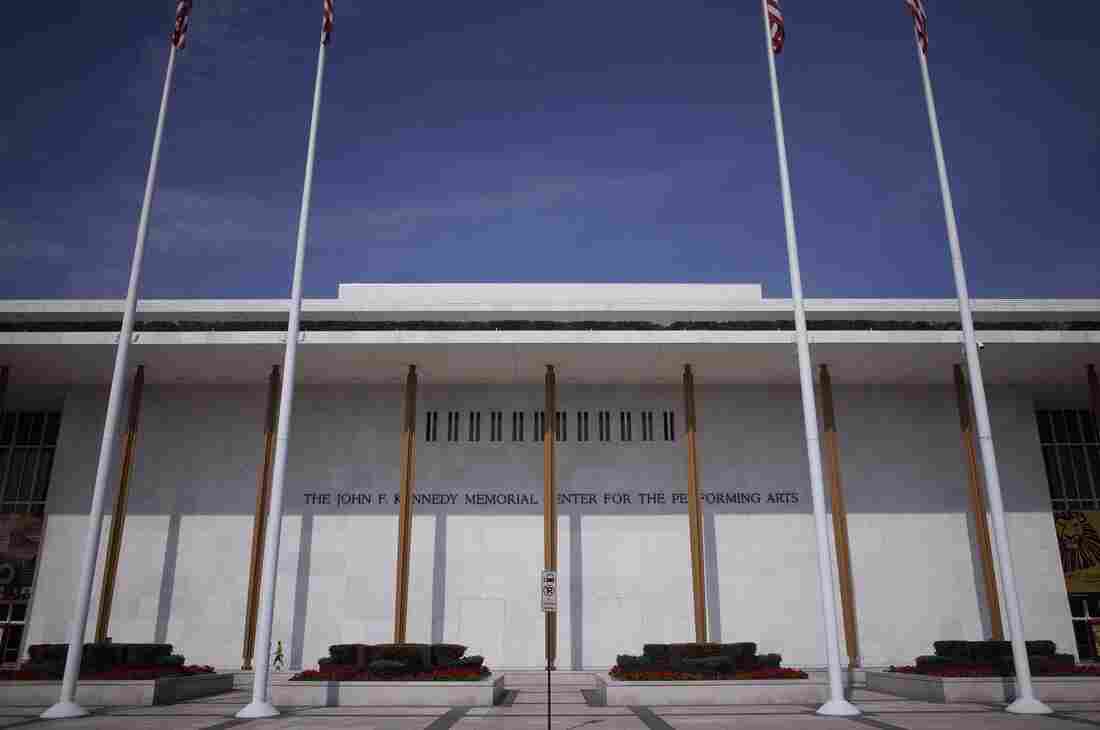 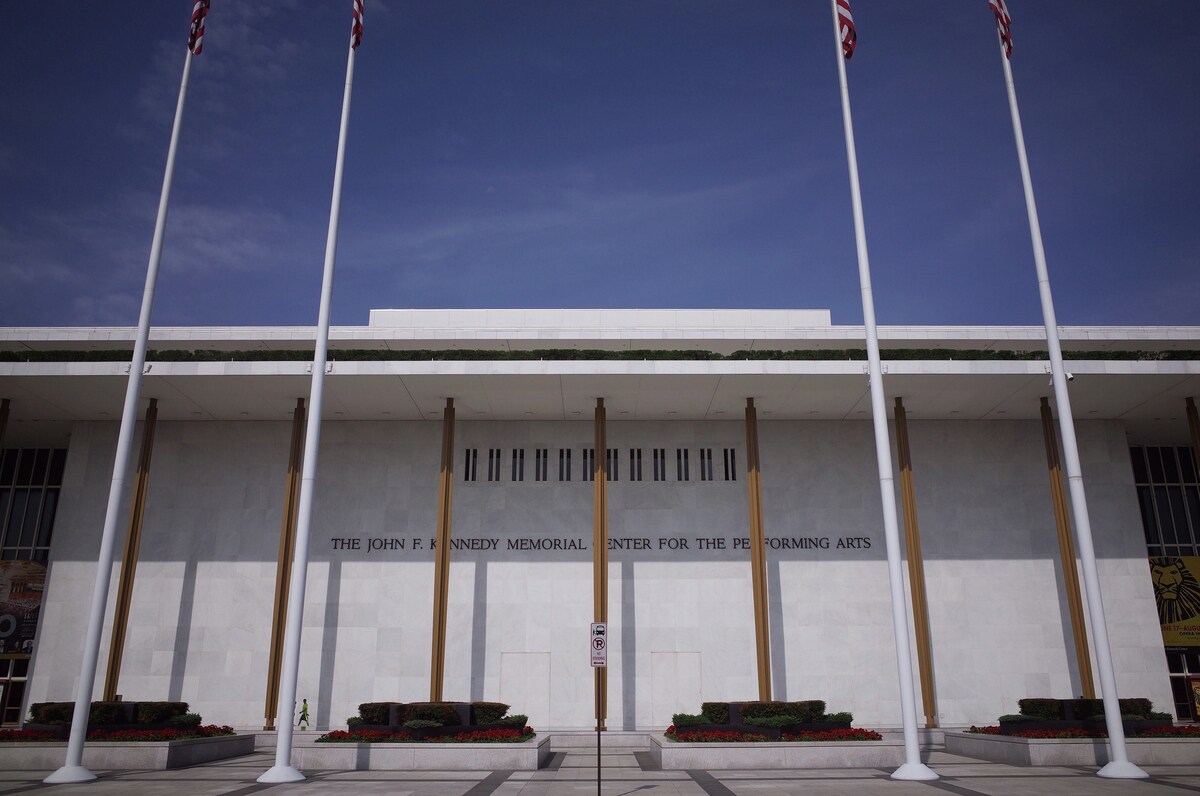 The band Earth, Wind & Fire, actress Sally Field, singer Linda Ronstadt, television program Sesame Street and conductor Michael Tilson Thomas are the next recipients of one of the most prestigious U.S. awards for lifetime artistic achievement: the Kennedy Center Honors. The John F. Kennedy Center for the Performing Arts made the announcement today.

"The Kennedy Center Honors celebrates icons who, through their artistry, have left an indelible stamp on our collective cultural consciousness," Kennedy Center Chairman David M. Rubenstein said in a prepared statement. Later in that statement, the institution stated that its Honors are not limited by art form or category of achievement: "The primary criterion in the selection process is excellence."

This year's class of honorees, the 42nd annual since 1978, is eclectic as usual.

Founded in 1969, the group Earth, Wind & Fire created a deeply grooving and horn-driven sound at the intersection of many strands of black-origin popular music: funk, R&B, soul, disco, rock, jazz and more. Known for an elaborate stage show, its major recorded hits still have currency on the dance floor — "September," "Shining Star" and "Let's Groove" among them. Following the 2016 death of founder Maurice White, the award will be presented to singer Philip Bailey, bassist Verdine White and percussionist Ralph Johnson.

"I remember when Verdine and Maurice came over to the house and asked me to be a part of the group," Johnson said to NPR's Ed Gordon in 2005. "I did mention to them, I says, 'You know what? There's one thing. I want to have the best band in the whole world.' And they looked at each other, smiled and said, 'You're in.' We all had that same common goal, and it wasn't about the bling — it was about the music."

The vocalist Linda Ronstadt also worked across genres for decades, including country, rock, musical theater and traditional Mexican music. Also like EWF, she's a member of the Rock & Roll Hall of Fame, and boasts a long list of hits such as "You're No Good," "Long Long Time," "When Will I Be Loved," "Don't Know Much" (with Aaron Neville) and "Blue Bayou." At one time among the biggest draws in popular music, Ronstadt has retired from performing due to what she later learned was Parkinson's disease, but she has written a memoir and toured a one-woman show.

Michael Tilson Thomas: Why Is Music So Good At Conveying Emotion?

Michael Tilson Thomas is best known as the music director of the San Francisco Symphony, where he has championed modern American composers alongside established European masters. Previously, he conducted several orchestras (including the London Symphony Orchestra, where he is conductor laureate), and he has composed work for orchestra and small ensembles.

He also co-founded and remains artistic director of the New World Symphony, a Miami-based fellowship program for up-and-coming classical performers. In 2004, he told NPR's Ari Shapiro that he was happy to pass on other prestigious opportunities in favor of guiding the next generation of musicians. "I used to, with great frustration, say, 'Oh, well, it will have to be in the next lifetime,'" Thomas said. "Now it's with great peace, resignation and relief that I say, 'Oh, it'll have to be the next lifetime.' "

Throughout a career that began in the 1960s, actress Sally Field has accumulated a long list of major roles. Once known for playing wholesome characters in sitcoms, she says she fought typecasting to break into film; she's now remembered for complex titular roles on the miniseries Sybil and the feature film Norma Rae. Those are among the projects that won her two Oscars and three Emmys (and a Tony nomination to boot).

"Do I still have that gnawing, hair-on-fire feeling of needing more and wanting to reach out for something that's just outside of my grasp?" she said to NPR's Ari Shapiro after publishing her memoir in 2018. "Yes, totally. Yes. But can I now look back and feel the length that I've traveled? Yes. And I couldn't do that before."

The children's television program Sesame Street was launched in 1969 to answer the question: Could children learn from television? After 50 years of Big Bird, Oscar the Grouch, Bert and Ernie, the answer seems to be yes. The co-founders of the show, Joan Ganz Cooney and Lloyd Morrisett, will accept the award on behalf of the program and the nonprofit organization behind it, Sesame Workshop. The cast recently visited NPR for a Tiny Desk Concert.

All the recipients released statements thanking the Kennedy Center for the recognition. Cooney and Morrisett of Sesame Workshop said that the honor is a testament to all who help carry out their mission to make children "smarter, stronger and kinder."

The awards will be presented in a gala performance at the Kennedy Center on Dec. 8 and filmed by CBS for a primetime special airing Dec. 15 at 8 p.m. ET. Major stars of music, film, theater and other performing arts are often present to give tribute performances and speeches.

Traditionally, the sitting U.S. president attends the gala, barring pressing international travel. However, President Trump has now declined to attend two years in a row, making him the first president to have missed the event twice.