Accessibility links
At Least 33 Dead After Suspected Arson At Kyoto Animation Studio In Japan Japanese Prime Minister Shinzo Abe said the apparently deliberate act in Kyoto is "too appalling for words." A suspect has been taken into custody. 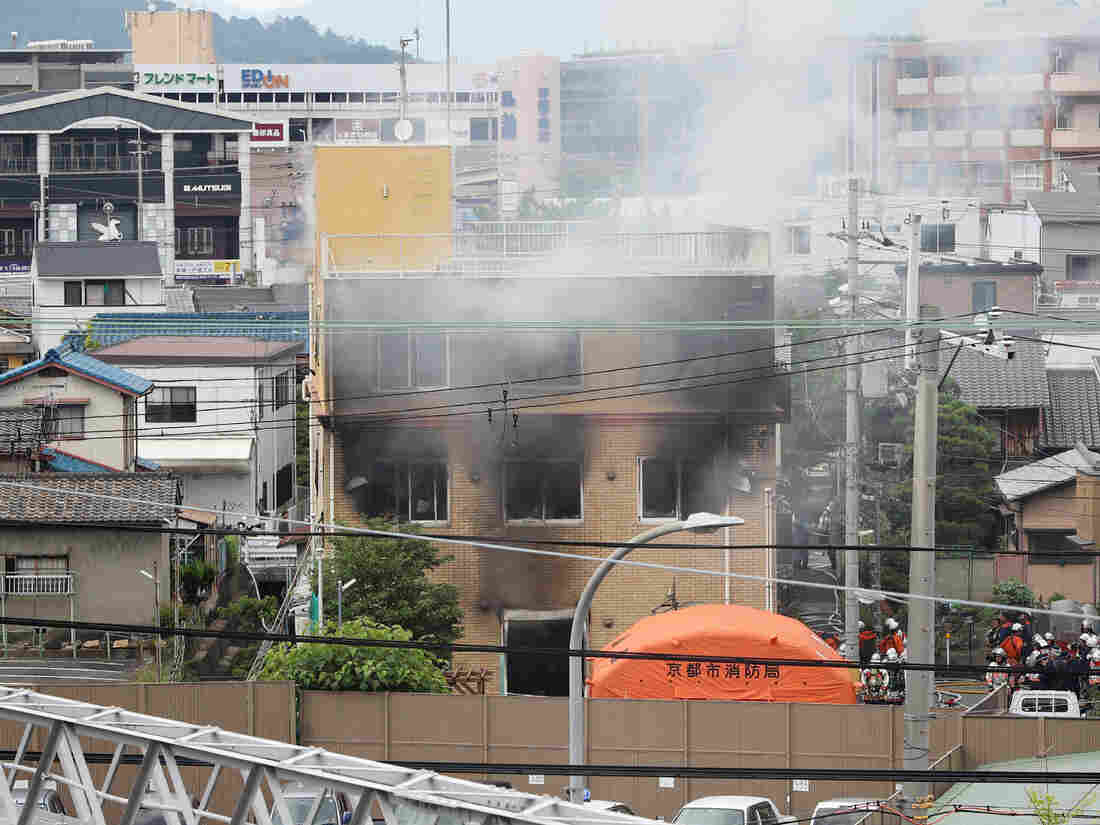 Smoke rises from an animation company building after a fire in Kyoto, Japan, on Thursday. Jiji Press/AFP/Getty Images hide caption 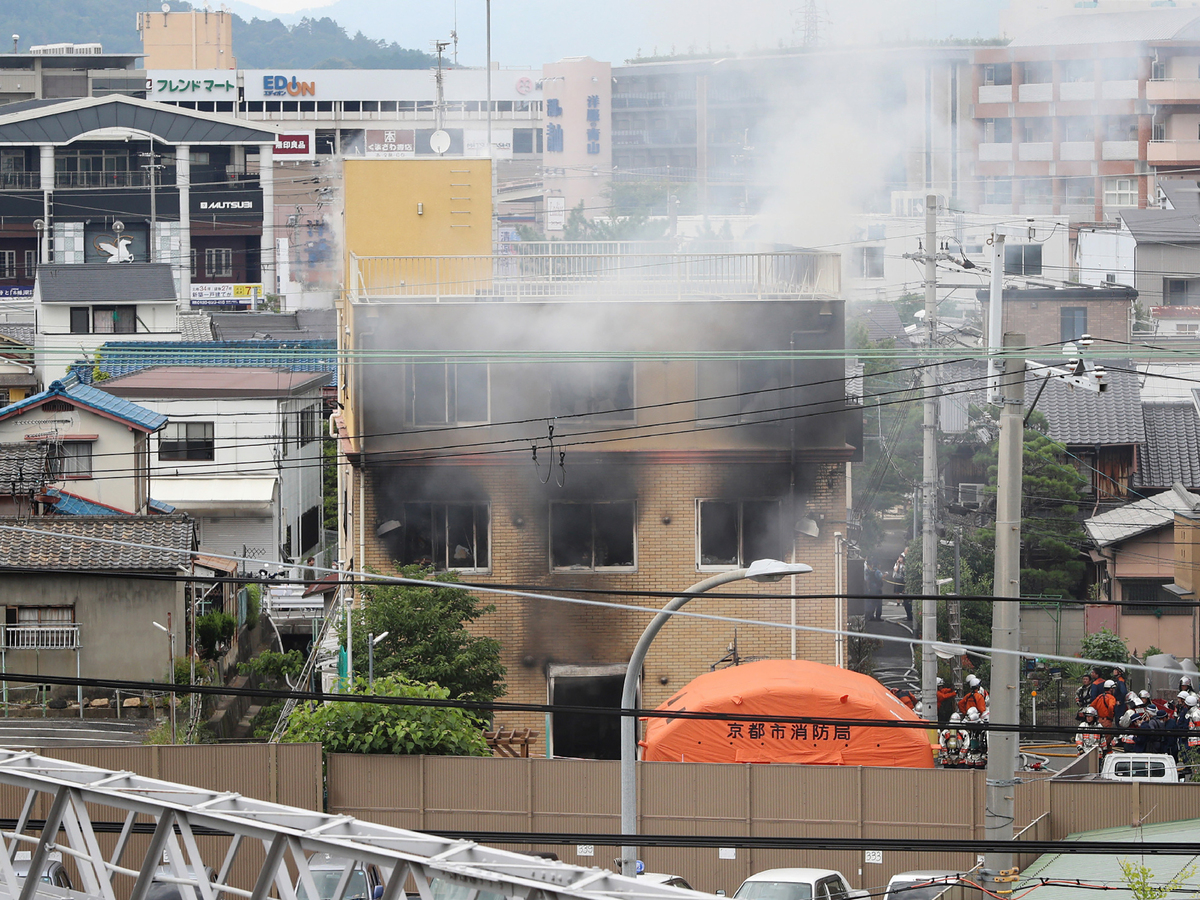 Smoke rises from an animation company building after a fire in Kyoto, Japan, on Thursday.

A major anime studio in Kyoto, Japan, was hit with a major fire in a suspected act of arson that killed at least 33 people, according to Japanese national broadcaster NHK.

Police told the broadcaster that one suspect, believed to be in his 40s, is in custody.

Japanese Prime Minister Shinzo Abe tweeted that the apparently deliberate act is "too appalling for words."

According to local media, a man reportedly burst into Kyoto Animation's building and shouted "die" as he poured out a flammable liquid. At the time, there were reportedly about 70 people in the building. A suspect in his 40s has been taken into custody and was being treated at a local hospital, NHK reported.

"The man reportedly admitted as he was being taken to hospital that he spread the liquid around before setting it on fire," NHK reported.

The president of Kyoto Animation, Hideaki Hatta, told NHK that the studio had received threatening emails: "They were addressed to our office and sales department and told us to 'die.' "

Fire department official Satoshi Fujiwara told The Associated Press that rescue workers were discovering bodies throughout the three-story building. "Some of them were found on the stairs, where they apparently collapsed while gasping for air and trying to go out to the roof," he said, according to the wire service.

It's not clear what the suspect's relationship is to the anime studio, sometimes called KyoAni and famous for popular series such as Lucky Star, K-On! and Violet Evergarden.

The studio was "founded by a husband and wife team nearly 40 years ago," reporter Abigail Leonard told NPR from Tokyo.

It's also known in the anime industry for its more generous system of worker pay, the BBC reported. "The studio is also known for paying its animators a regular salary, breaking with the industry's standard of paying per frame which is seen as putting extreme pressure on staff."