Accessibility links
Iran Says Its Revolutionary Guard Seized Foreign Oil Tanker In Strait Of Hormuz Iran alleges that the small tanker was smuggling some 264,000 gallons of fuel. The vessel reportedly was seized south of Larak Island, less than 20 miles off the Iranian mainland 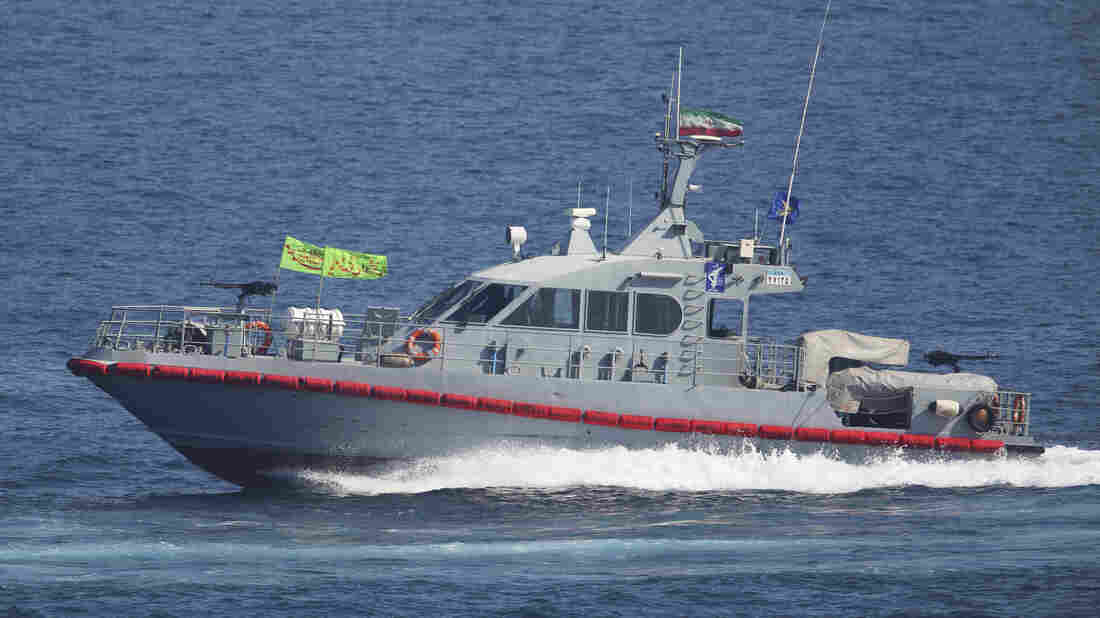 Iran says its military seized a foreign oil tanker in the Strait of Hormuz. In this 2018 photo, a boat from the Islamic Revolutionary Guard Corps' naval force is seen in the Persian Gulf, near the strait. Jon Gambrell/AP hide caption 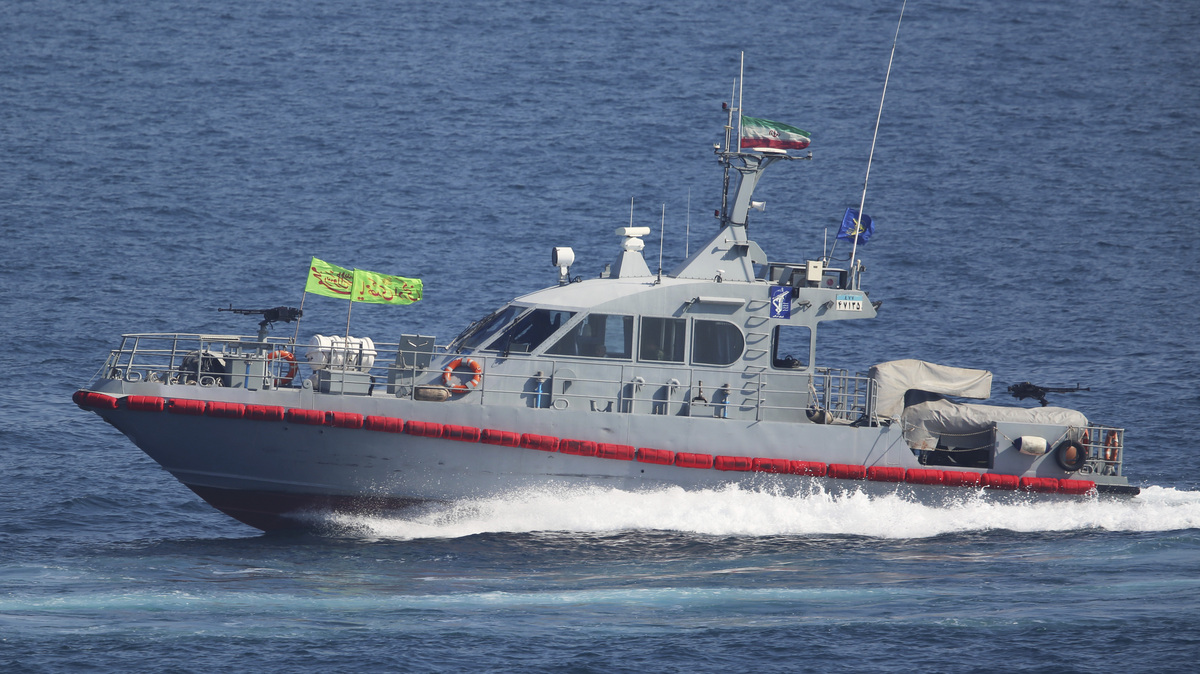 Iran says its military seized a foreign oil tanker in the Strait of Hormuz. In this 2018 photo, a boat from the Islamic Revolutionary Guard Corps' naval force is seen in the Persian Gulf, near the strait.

Iran says that its Islamic Revolutionary Guard Corps Navy has seized a foreign-flagged oil tanker in the Persian Gulf, alleging that the ship was smuggling 1 million liters (264,000 gallons) of fuel. Iranian state news outlets report that the ship had a crew of 12 aboard.

The vessel was seized south of Larak Island in the Strait of Hormuz, according to the state-run IRNA news agency. The island sits less than 20 miles off the Iranian mainland, south of the city of Bandar Abbas.

Iran's military, as quoted by the semiofficial Fars news outlet, said in a statement Thursday that the tanker was on its way "to deliver the smuggled fuel received from the Iranian dhows to foreign ships in farther areas but it failed thanks to the IRGC Naval forces' vigilance."

The military says the vessel has a cargo capacity of 2 million liters — making it a small vessel when compared with supertankers that can carry 2 million barrels of oil.

The elite military force's statement did not describe the condition or whereabouts of the crew, saying only that Iranian authorities are studying the case. It also added that the Revolutionary Guard Corps "denied claims that it has seized any other foreign ship as claimed by the foreign media in the last several days."

The ship was seized on Sunday, according to Iran, which did not name the vessel. However, U.S. media outlets and maritime news sites have identified it as the MT Riah, a small Panama-flagged tanker that went missing in the Strait of Hormuz around midnight Saturday, according to ship-tracking data. According to the Vesseltracker website, the tanker has been missing since it "turned off its AIS" — its automatic identification system transponders.

News of the at-sea seizure comes one day after another semiofficial Iranian news site, ISNA, quoted an Iranian Foreign Ministry spokesman saying that Iran had "rescued" a foreign oil tanker in the Persian Gulf, taking it to shore for repairs.

In recent months, the Riah frequently traveled between ports of the United Arab Emirates. As The Associated Press reports, "An Emirati official had told the AP the small oil tanker made no distress call before switching off its tracker."

The seizure adds another layer of complexity to Iran's standoff with the U.S. — and its insistence that European countries that signed a landmark nuclear deal in 2015 keep their promise to ease economic sanctions, despite U.S. withdrawal from the pact.

The Strait of Hormuz is the world's most important strategic chokepoint for oil transport, according to the U.S. Energy Information Administration. The agency says that last year, the strait was the conduit for 21% of the world's crude oil and other petroleum products.

In recent weeks, oil tankers have been the targets of attacks, tense standoffs and interdictions.

Two weeks ago, a British marine force helped seize an Iranian tanker in the Strait of Gibraltar, on suspicion that it was carrying oil from Iran to Syria — a violation of European sanctions.

A former Revolutionary Guard commander said Iran should seize a British oil tanker in retaliation. And last week, it seemed that Iran's navy tried to do just that, as the U.K.'s defense ministry announced it had foiled an attempt by three Iranian ships to divert a British oil tanker. Iran denied being involved.

That back-and-forth followed an incident last month in which the U.S. accused Iran of attacking two tankers in the Gulf of Oman using magnetic mines.