Accessibility links
'Pharma Bro' Martin Shkreli Loses Appeal, Will Stay In Prison In addition to ordering Shkreli to stay in prison, a federal appeals court also affirmed that he must forfeit more than $7.3 million and pay restitution of $388,336. 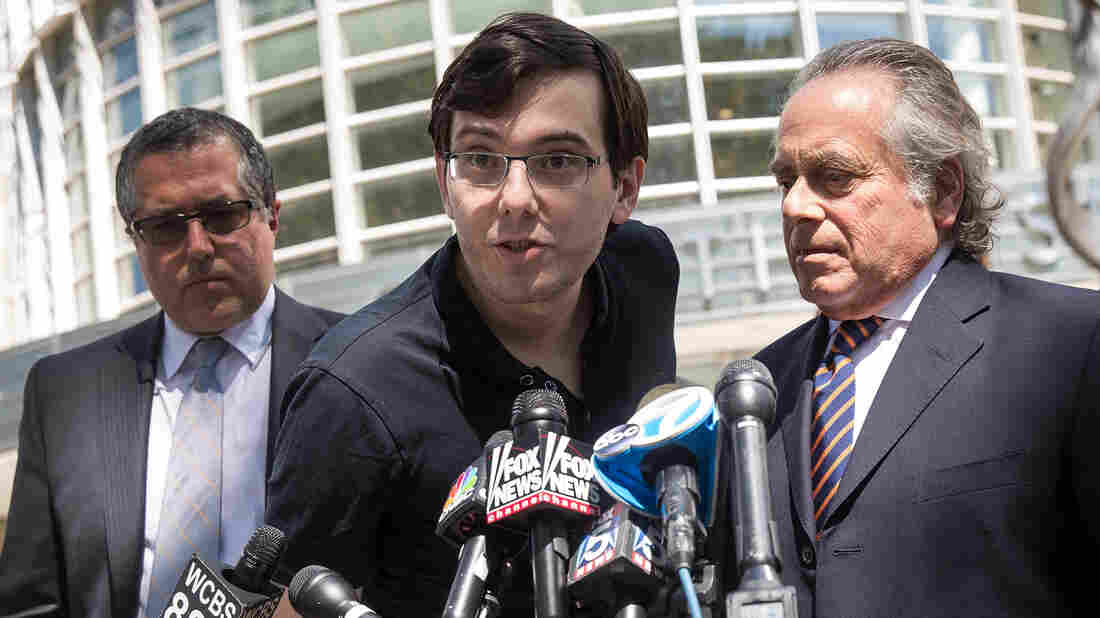 Former pharmaceutical executive Martin Shkreli must remain in prison for securities fraud, a federal appeals court ruled Thursday. Shkreli is seen here in 2017, speaking after the jury reached a verdict in his case in a federal court in Brooklyn, N.Y. Drew Angerer/Getty Images hide caption 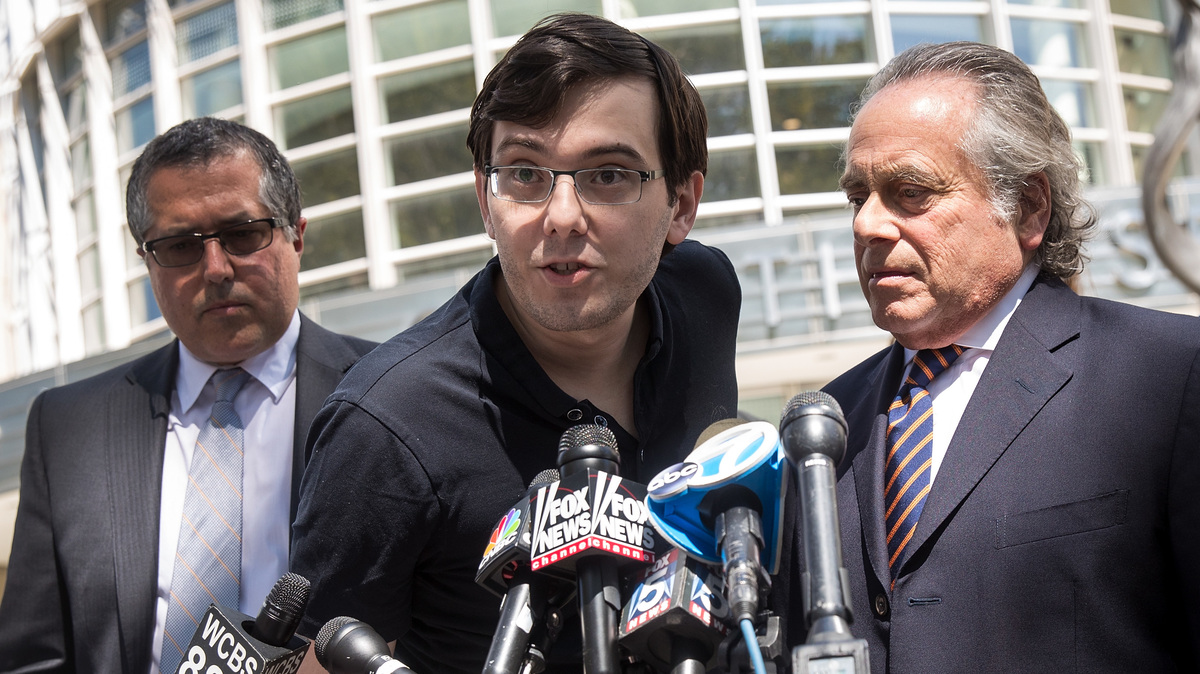 Former pharmaceutical executive Martin Shkreli must remain in prison for securities fraud, a federal appeals court ruled Thursday. Shkreli is seen here in 2017, speaking after the jury reached a verdict in his case in a federal court in Brooklyn, N.Y.

The appeals court judges ruled against Shkreli by a 3-0 vote. In addition to ordering him to stay in prison, the judges affirmed that he must forfeit more than $7.3 million, pay restitution of $388,336 and pay a $75,000 fine.

Shkreli gained a high profile in 2015 when, as the CEO of Turing Pharmaceuticals, he hiked the price of the lifesaving HIV drug Daraprim by more than 5,000%. His prison term is unrelated to that infamous move; instead, Shkreli was found guilty of securities fraud after being accused of cheating investors in two failed hedge funds and another drug company Retrophin, which he formerly ran.

Shkreli was convicted in August 2017 on three out of eight fraud charges; he could have been sentenced to a prison term as long as 20 years.

In Shkreli's appeal, his defense team said the judge had confused the jury. Attorney Mark Baker said that when the jurors began their deliberations, "the same instruction was given two different ways, as to two separate frauds with two disparate results, based on the same conduct."

Their complaint centers on the district judge's inclusion of what's known as a "no ultimate harm" (NUH) instruction to the jury. During the appeals hearing in late June, Shkreli's team said such an instruction isn't appropriate for a securities fraud case — and that the judge also wasn't consistent in the wording of the instructions.

Speaking for the government, Alixandra Smith of the U.S. Attorney's Office in the Eastern District of New York countered that the NUH instruction wasn't wrong — just more precise.

"It is hard to see how a more precise instruction could be somehow prejudicial or problematic than sort of a more general instruction," Smith said.

Explaining the "no ultimate harm" concept, Smith said it's about intent. As an example, she told the court:

"It doesn't change my intent on Day 1, when I know that I'm lying because I don't have it yet," Smith said.

The NUH instruction, she added, is meant to prevent the "legally improper" defense that because the fraudster believed everything would all work out, they could not have been lying.