Accessibility links
Eugene Scalia, Son Of Antonin Scalia, To Be Nominated As Trump Labor Secretary The president offered the Washington attorney the job, and he accepted. He's 55 and a partner at a firm where he handles labor and employment cases. 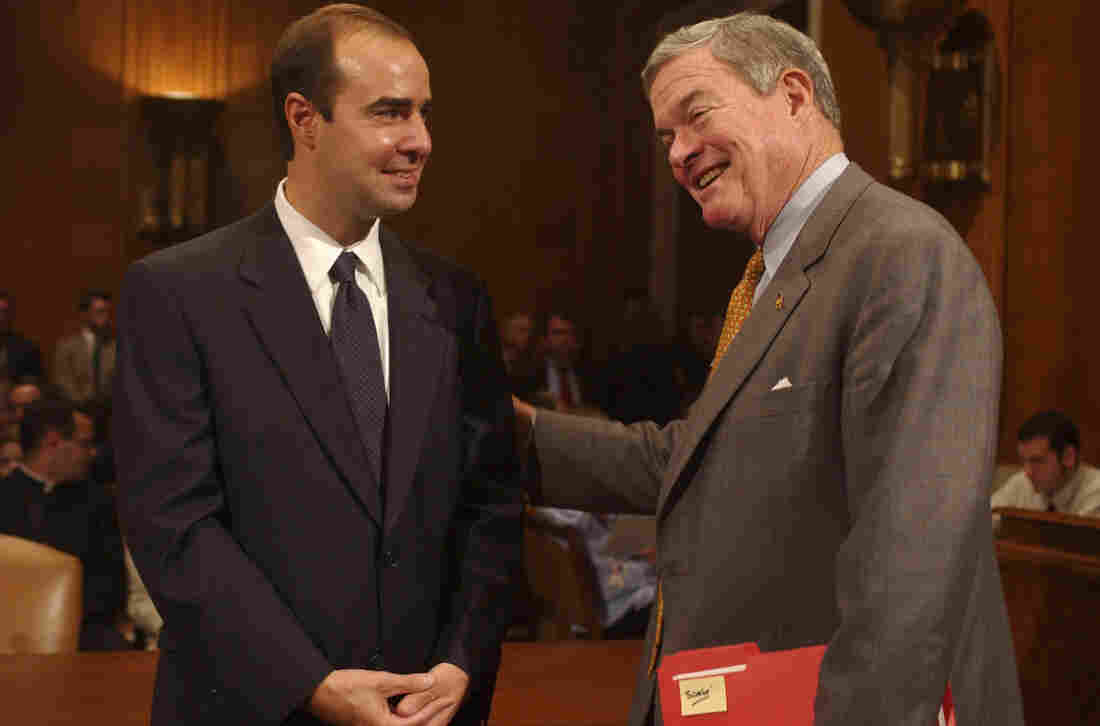 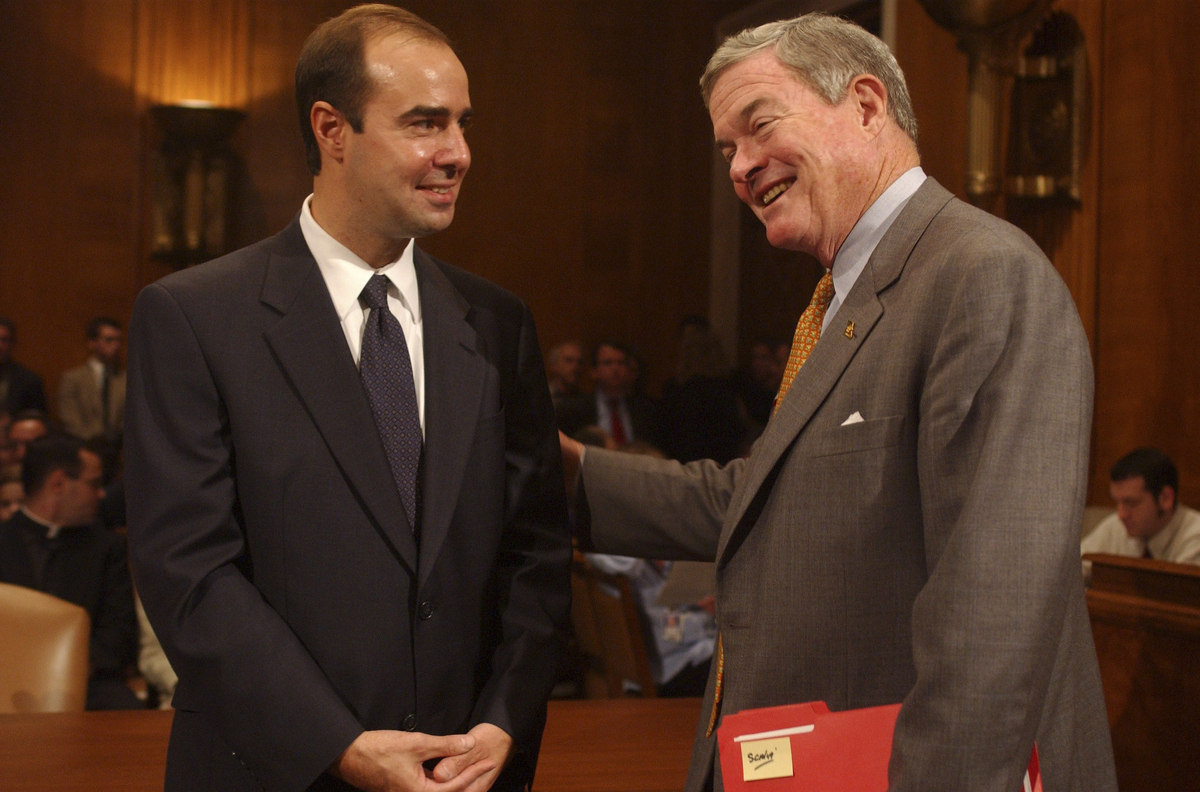 Eugene Scalia (left) talks with Missouri Sen. Kit Bond before Scalia's confirmation hearing to be solicitor of the Labor Department in 2001.

President Trump will nominate Eugene Scalia, son of late Justice Antonin Scalia, to be the next labor secretary, the president announced via Twitter Thursday evening.

I am pleased to announce that it is my intention to nominate Gene Scalia as the new Secretary of Labor. Gene has led a life of great success in the legal and labor field and is highly respected not only as a lawyer, but as a lawyer with great experience....

A source close to Scalia earlier Thursday confirmed to NPR that the president had offered Scalia the job and that he accepted.

Scalia, 55, is a partner at the law firm Gibson Dunn & Crutcher in Washington, D.C., where he handles cases related to labor and employment.

In the early 1990s, Scalia served as a special assistant to Attorney General William Barr during Barr's first stint leading the Justice Department. Scalia also served as the solicitor of the U.S. Labor Department, the agency's top lawyer, during the George W. Bush administration.

Current Labor Secretary Alex Acosta resigned effective Friday. Acosta has been caught up in controversy surrounding his handling of a plea deal involving financier Jeffrey Epstein. Epstein pleaded guilty to felony charges of soliciting minors for prostitution. He also had to register as a sex offender.

In 2005, Wal-Mart hired Scalia to defend it against lawsuits from former employees who said they were fired for calling out wrongdoing within the company.