Accessibility links
Srebrenica Massacre: Supreme Court Says Dutch Troops Were 10% Liable The case centers on the deadly days after the city of Srebrenica fell on July 11, 1995, when some 25,000 refugees sought safety with Dutch U.N. peacekeepers. 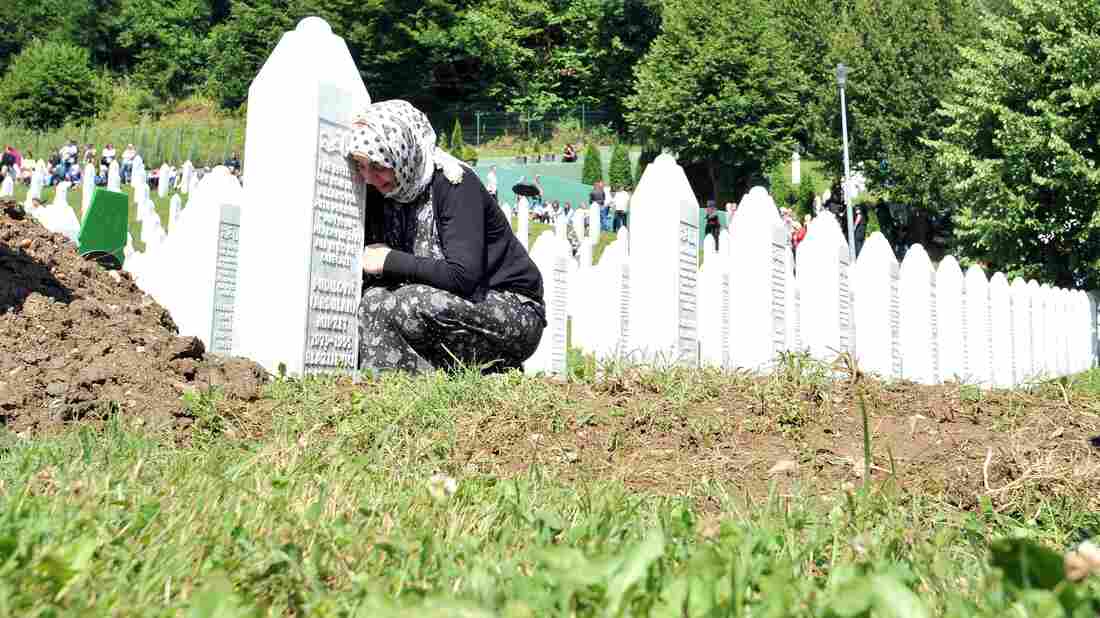 "The Dutch State bears very limited liability in the 'Mothers of Srebenica' case," the Supreme Court said Friday. Earlier this month, Bosnian Muslims visited the graves of their relatives at the memorial cemetery of the Srebrenica 1995 massacre in Potocari, near Srebrenica. Elvis Barukcic/AFP/Getty Images hide caption 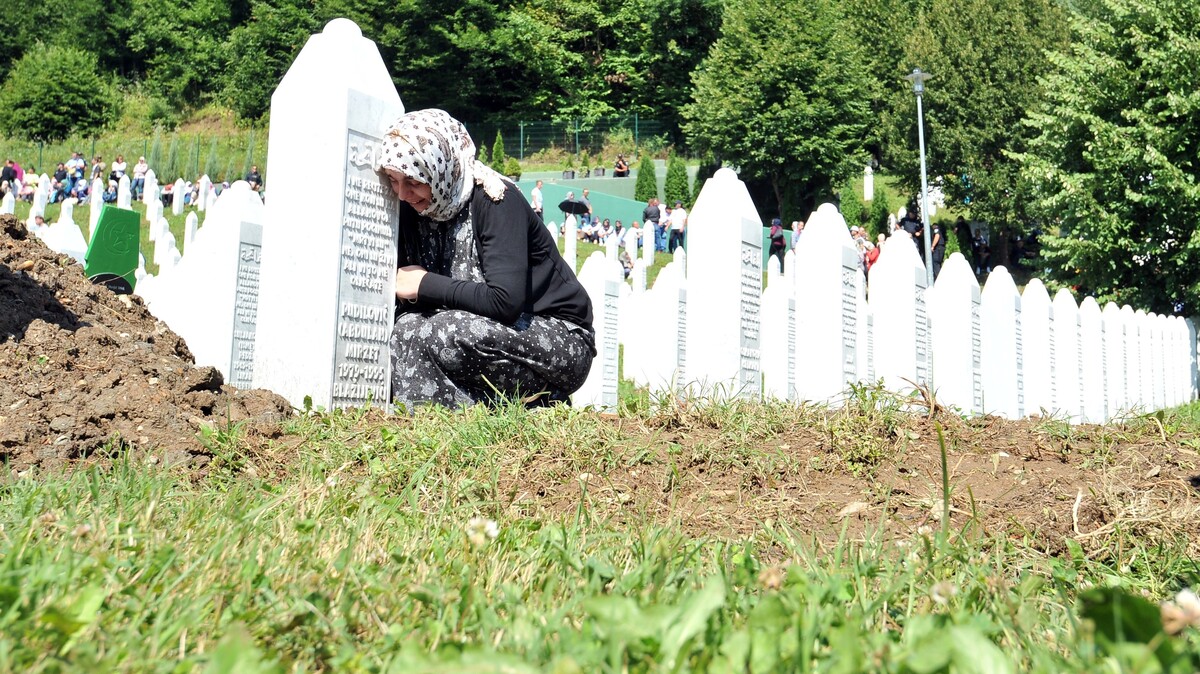 "The Dutch State bears very limited liability in the 'Mothers of Srebenica' case," the Supreme Court said Friday. Earlier this month, Bosnian Muslims visited the graves of their relatives at the memorial cemetery of the Srebrenica 1995 massacre in Potocari, near Srebrenica.

The Netherlands' Supreme Court has affirmed that the country's troops are partly to blame for the deaths of 350 Muslim men and boys after the fall of the Bosnian enclave of Srebrenica. But in a break with an earlier ruling, the court lowered the Dutch liability for the massacre to 10%, from 30%.

"The Dutch State bears very limited liability in the 'Mothers of Srebenica' case," the Supreme Court said as it announced the ruling.

The Mothers of Srebenica is an umbrella group formed by families and loved ones who say Dutch U.N. peacekeeping troops didn't do everything they could to prevent the Muslim men and boys from being slaughtered by Bosnian Serbs led by Ratko Mladic, the "butcher of Bosnia" who was convicted of genocide and war crimes in 2017.

The case centers on the deadly days after Srebrenica fell on July 11, 1995, when Bosnian Serb troops entered the city and some 25,000 refugees sought refuge with a Dutch battalion called Dutchbat III, in what was deemed a "minimum safe area" away from hostilities.

At the time, both the U.N. and the Netherlands agreed that the refugees and peacekeepers must be evacuated. But the families say the Dutch force failed in two key respects: by cooperating with Mladic's force to allow refugees to be taken to buses through a narrow sluice that made it easy to separate males from the crowd and, toward the end of the evacuation, by not offering 350 men and boys a chance to stay in the Dutch compound.

In an earlier ruling, the Hague Court of Appeal had largely agreed with the families on those points, saying that the "group of refugees was denied a 30 percent chance of avoiding abuse and execution," as the Supreme Court said.

But in its own ruling Friday, the Supreme Court, or Hoge Raad, said it "estimates that the male refugees had a 10 percent chance of escaping from the Bosnian Serbs, had they been offered the choice to remain in the compound."

The high court split with the Court of Appeal on how the main evacuation was handled, saying, "The fate of the refugees would not have been changed had Dutchbat stopped cooperating, because the Bosnian Serbs would have continued the evacuation in some other way."

Suggesting that the peacekeepers were right to cooperate with the hostile force outside its compound, the court said, "Dutchbat's choice to continue providing guidance in order to prevent women and children from being trampled was not wrongful."

As for the fate of the 350 male Muslims — who had remained in the Dutch camp without being seen by the Bosnian Serb force — the Supreme Court said the chance they would have escaped with their lives had they been given the choice to stay "was slim, but not negligible."

Mladic's fighters likely would have discovered the men and boys during an inspection of the compound their fate would have been sealed, the court said. It added, "The chance of Dutchbat receiving effective support from the international community was slim."

As a result, the court said, the state's liability is "limited to 10 percent of the damages suffered by the surviving relatives of these 350 male refugees," and those survivors may now seek compensation from the Netherlands.

"The claimants are likely to get only a few thousand euros in compensation" NPR's Sylvia Poggioli reports. "But the ruling could set an international legal precedent for states' liability when their troops take part in peacekeeping missions."

The high court ruled that the Dutch peacekeepers' actions before the evacuation order were free from liability because they were operating under U.N. authority. But after the decision was made to evacuate, the court said, the Netherlands "exercised effective control over Dutchbat's conduct and Dutchbat's actions were attributable to the State."