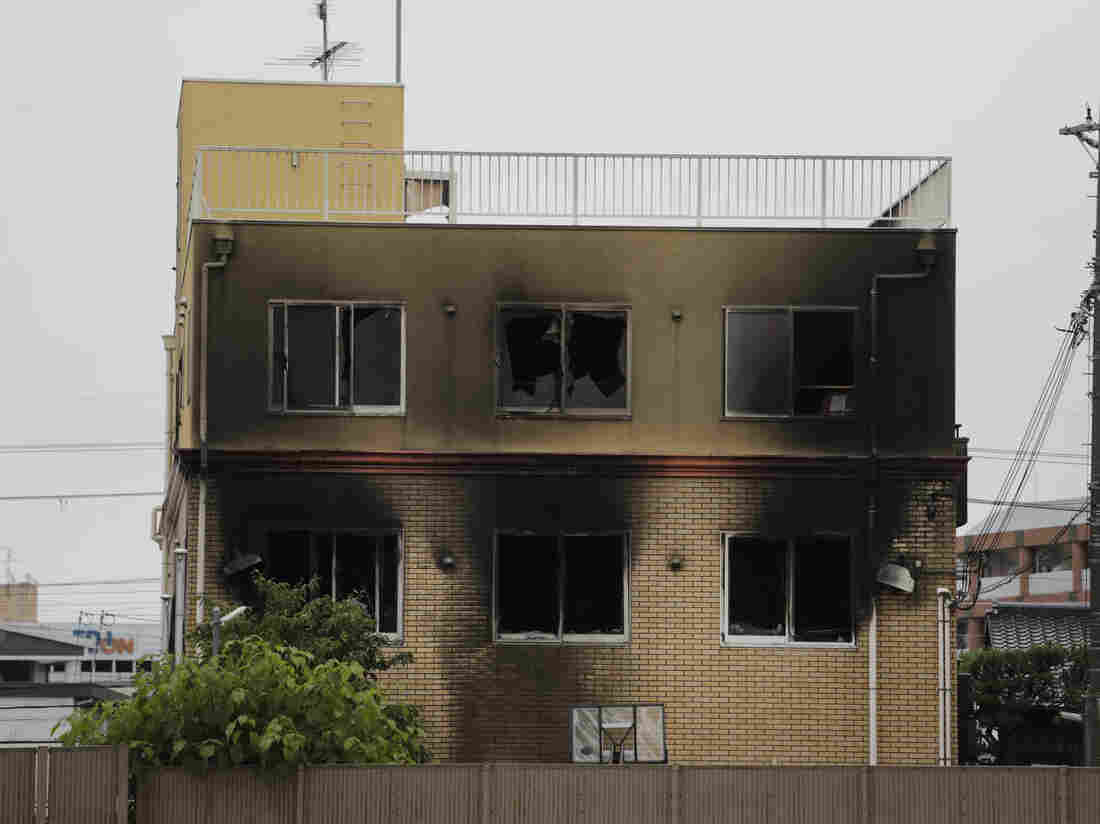 The Kyoto Animation Studio in Kyoto, Japan, was set ablaze on Thursday morning, killing 33 and injuring more than 30 others before the fire was put out on Friday morning. The suspect believed to be behind the arson has is being treated for burns. Jae C. Hong/AP hide caption 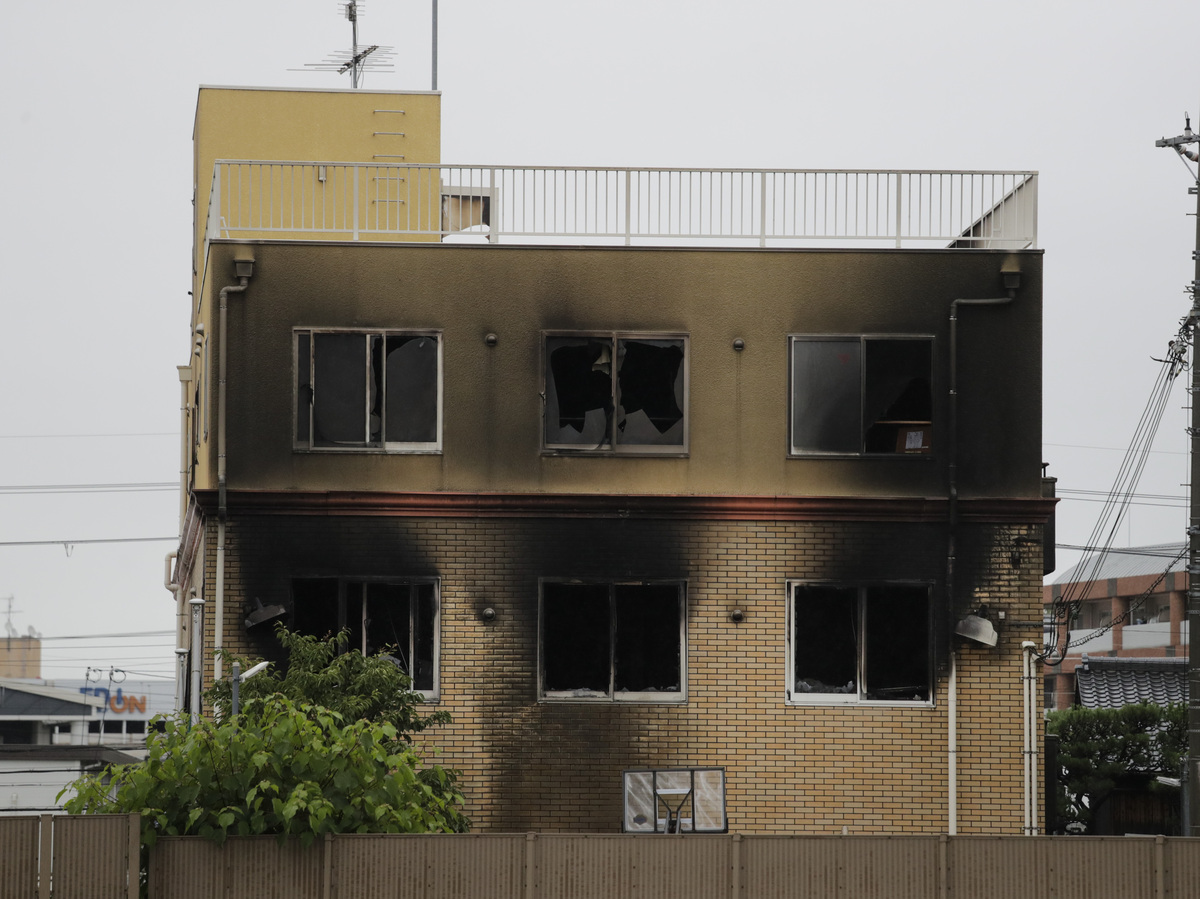 The Kyoto Animation Studio in Kyoto, Japan, was set ablaze on Thursday morning, killing 33 and injuring more than 30 others before the fire was put out on Friday morning. The suspect believed to be behind the arson has is being treated for burns.

The man suspected of causing a fatal fire at an animation studio in Kyoto, Japan, that killed 33 and injured more than 30 others on Thursday, had a criminal record, Japanese broadcaster NHK reported.

The news outlet cited unnamed police officials who said Shinji Aoba, a 41-year-old from Saitama City near Tokyo, spent three and a half years in prison for robbing a convenience store in 2012. They added that he received mental health treatment.

Aoba's motives for allegedly torching the three-story Kyoto Animation studio remain unclear. Police are holding off on questioning him until his condition improves. Aoba suffered severe burns to his face, chest and other body parts, and he is unable to speak, according to reports.

Police apprehended Aoba a few hundred feet from the popular studio as the fire raged on. At the time, he told officials he had started the blaze because the production company "stole a novel," local media sources reported.

Witnesses say they saw Aoba enter the building through the unlocked front door and that he doused the first floor with gasoline from a bucket, screaming "die" in Japanese.

About 70 people were in the building at the time of the fire.

The New York Times reported 20 of the 33 victims who died in the blaze are women. Most were found trapped in a stairwell leading up to the roof of the building. They were unable to open the locked door and died of smoke inhalation, fire department officials told The Associated Press. 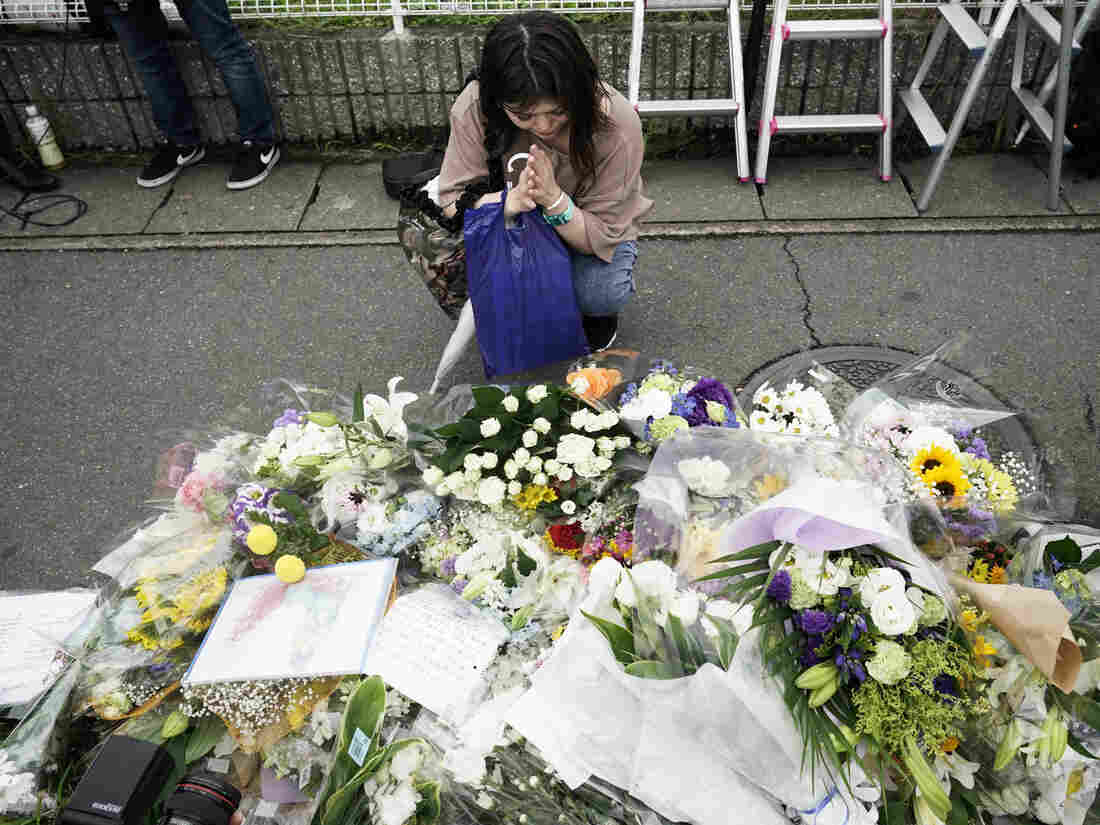 A woman prays to honor the victims of fire at the Kyoto Animation Studio building. Jae C. Hong/AP hide caption 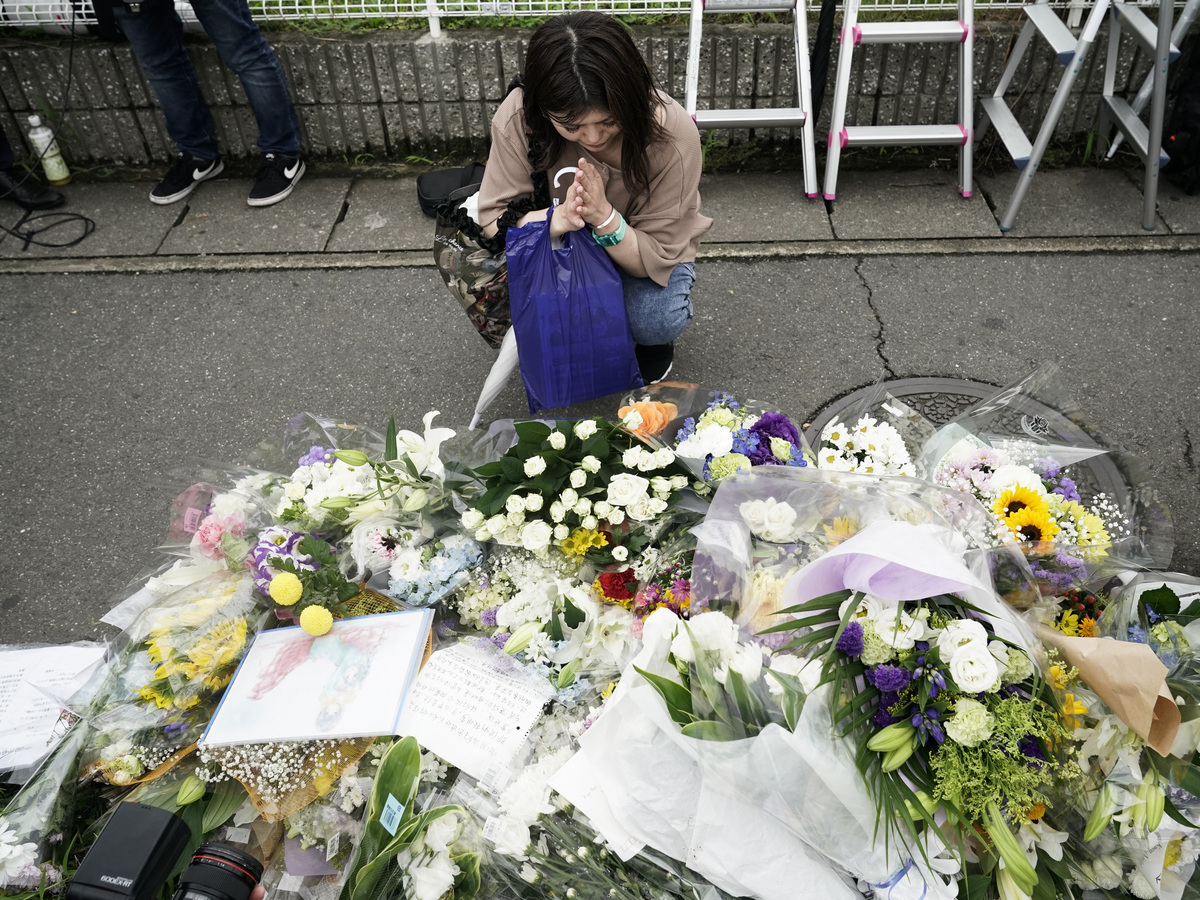 A woman prays to honor the victims of fire at the Kyoto Animation Studio building.

On Friday, fans from all over the world arrived at what remains of the beloved studio, now an ashen hulk. Since it was founded by Yoko Hatta and her husband, Hideaki Hatta, in 1981, KyoAni, as it's called, has produced several wildly popular anime series, including K-On!, The Melancholy of Haruhi Suzumiya and Lucky Star.

Throughout the rainy day people showed up to pay their respects — some bowing in prayer, some bringing flowers, and others leaving behind small trinkets of their favorite anime characters.

"I feel sad and angry, but mostly angry. The reason the guy gave that he thinks they copied his ideas is so stupid," she added. "Some people who have graduated from my university went to work at that studio. I just came to pay my respects."

The names of the 33 people killed in the fire have not been released but the New York Times, reports 20 were women.

Crime in the quiet Fushimi Ward is rare and the attack has rocked the community. "We had no murders last year, though unfortunately we did have one in March when a woman stabbed a man," Hiroyuki Sakai, deputy chief at the local Fushimi Police Station, told The Hollywood Reporter.

Aoba has not been formally arrested or charged.