Accessibility links
Julián Castro Says Trump Is 'The Biggest Identity Politician' In Recent History In an ongoing series, The NPR Politics Podcast is hitting the road and interviewing 2020 Democratic presidential candidates. This episode Scott Detrow and New Hampshire Public Radio's Lauren Chooljian sit down with former secretary of Housing and Urban Development Julián Castro to ask why he's the best pick for president. This series is produced in collaboration with NHPR and Iowa Public Radio. 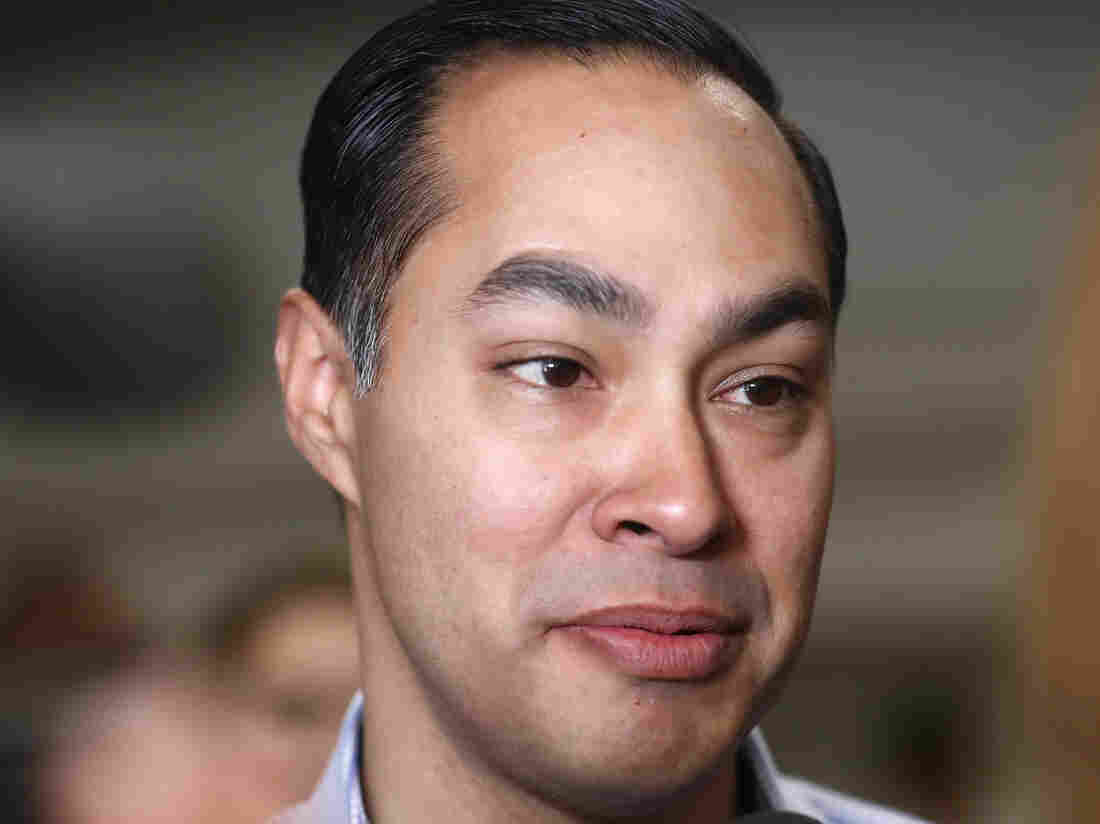 Democratic presidential candidate Julián Castro says his party can't ignore racist statements from President Trump, but needs to offer their own positive vision of a multicultural America to draw out a big coalition to vote in 2020. Mario Tama/Getty Images hide caption 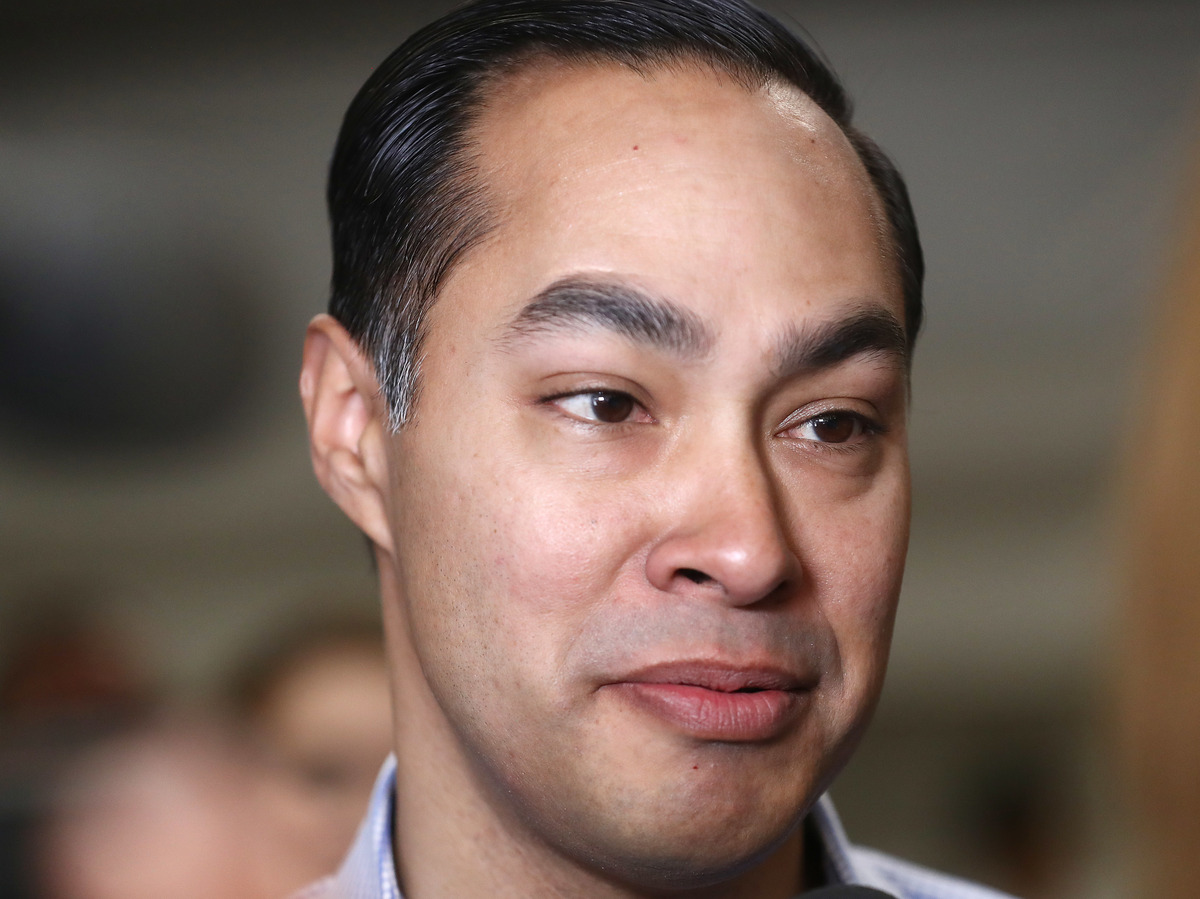 Democratic presidential candidate Julián Castro says his party can't ignore racist statements from President Trump, but needs to offer their own positive vision of a multicultural America to draw out a big coalition to vote in 2020.

Former Housing and Urban Development Secretary Julián Castro expects many more weeks of the 2020 presidential campaign to look and feel like last week, when President Trump's racist tweets about Democratic members of Congress dominated every aspect of the news cycle.

"What he's trying to do is, he's trying to split people along racial and ethnic and religious lines," Castro told the NPR Politics Podcast and New Hampshire Public Radio. "His specialty, if you will, is division, trying to just amp up a base. He's the biggest identity politician that we've had over the past 50 years."

Like other presidential candidates, Castro doesn't think racist statements and tweets should be ignored. But he argues Democrats can't just condemn the president. They need to "counterprogram" him with messaging and policy.

"How do you combat that effectively? Well, you do that in part by building coalitions," Castro said. "And that coalition is going to be built of people of different backgrounds, different skin colors, different religions from throughout the country, that actually believe that we're a nation that will be more prosperous, more successful if we appreciate our differences."

Castro is confident that when it comes to racial grievances vs. multiculturalism, "the percentage of people, of voters, who agree with me I believe, is bigger than the percentage of people who agree with [Trump]. And that if he keeps up with this, what he's betting on is that he's going to be able to get every little bit of base support out there and barely, narrowly win another Electoral College victory and lose the popular vote again."

Castro has one of the more aggressive immigration plans of the 2020 Democratic field. The increased voter interest he experienced after the first presidential debate came mostly due to the combative way he advocated for decriminalizing illegal border crossings. Castro wants to pair that policy with a major boost in federal assistance for countries like Guatemala, Honduras and El Salvador, in order to cut down on the number of people seeking asylum in the United States.

"I think that we're always going to have people coming from Central America and other parts of the world," he said. "Do we need 140,000 people in one month coming from those countries? That's an indication that something is wrong in those countries and I want to help heal that."

Castro is one of the more candid presidential candidates when it comes to laying out his political strategies and goals. He made it clear going into the first debate that he needed a breakout moment to introduce himself to voters, and succeeded.

"There hasn't been a single moment of this campaign where I didn't know that I could step up against the other candidates on that stage and do better than them," Castro said in the interview, looking back at the first debate.

Still, Castro acknowledged some frustration with his place in a large clump of candidates struggling to break 2 percent in the polls.

"Honestly, after that first debate you know, I believed that that we might see a bigger bounce in the polls than we did," he said. "You know, we've seen some, especially in favorability and name I.D."

"I knew that when I got into the presidential race the response wouldn't be exactly the same as if I had decided that I wanted to run in 2016, for some reason. I would have been the young new fresh candidate running that year after delivering the keynote address in 2012," Castro said, referring to a star turn at the Democratic National Convention 7 years ago. "I knew this would be different. I accept that. That just means, like everything else in life, that you have to work hard and that's what we've done. We've kept our head down."