On Tuesday, coal miners Danny Smith (left) and Greg Kelly are expected on Capitol Hill, where they'll ask lawmakers to fully restore a tax that pays for medical care for miners diagnosed with black lung. Both have the worst stage of the disease after years of mining. Rich-Joseph Facun for NPR hide caption

On Tuesday, coal miners Danny Smith (left) and Greg Kelly are expected on Capitol Hill, where they'll ask lawmakers to fully restore a tax that pays for medical care for miners diagnosed with black lung. Both have the worst stage of the disease after years of mining.

Dozens of coal miners are expected on Capitol Hill on Tuesday, where they'll press federal regulators and members of Congress to address the epidemic of deadly progressive massive fibrosis, the advanced stage of black lung disease.

They'll ask lawmakers to fully restore a coal excise tax that pays for medical care and some living expenses for miners diagnosed with black lung, a crippling disease caused by the inhalation of coal and silica dust. The tax was cut more than 50% at the end of last year. It supports the federal Black Lung Disability Trust Fund, which is more than $4 billion in debt.

The presence of the miners in Washington, some of whom will be dragging oxygen tanks and struggling to talk and breathe, could put more pressure on the Mine Safety and Health Administration, which has resisted direct and quick responses to the epidemic and silica dust exposure.

This story was reported in collaboration with the PBS investigative series Frontline. The documentary Coal's Deadly Dust aired Jan. 22, 2019, on PBS. Watch it online now, or check local listings.

As NPR and PBS Frontline have reported, MSHA and the mining industry failed to respond to clear agency data showing three decades of overexposure to toxic silica dust. They also failed to respond to warnings more than 20 years ago about clusters of sick miners exposed to silica and to an urgent call for direct and tougher regulation of silica dust in coal mines. In the wake of the NPR/Frontline investigation, the agency did restart an abandoned effort to consider direct and tougher regulation of silica, but the process could take years.

The miners' lobbying effort comes just a week after the National Institute for Occupational Safety and Health published a new summary of black lung studies finding a continuous increase in progressive massive fibrosis cases in coal miners, particularly in Appalachia. "Contributing factors," the authors wrote, "may include mining of thin coal seams or cutting rock to access coal."

NIOSH cited NPR and PBS Frontline reporting in the review, including detailed and systematic interviews of 34 miners from Pennsylvania, West Virginia, Virginia and Kentucky, all diagnosed with PMF.

"The surveillance data are compelling," wrote the researchers, "but the human side to this continuing occupational disease is exemplified in stories from coal miners suffering from debilitating disease caused by their work."

Exposures to silica dust, the lax safety practices miners witnessed and the debilitating effects of the disease are described in what is likely "the most extensive set of interviews compiled" from miners with PMF, according to Dr. Scott Laney, a NIOSH epidemiologist. The agency also conducted interviews with a smaller group of miners. 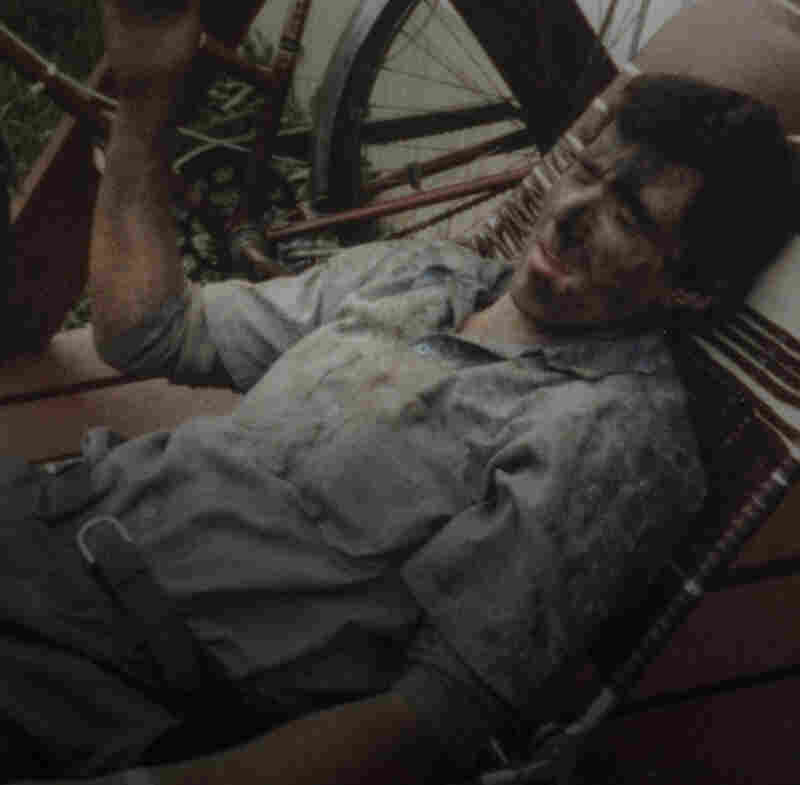 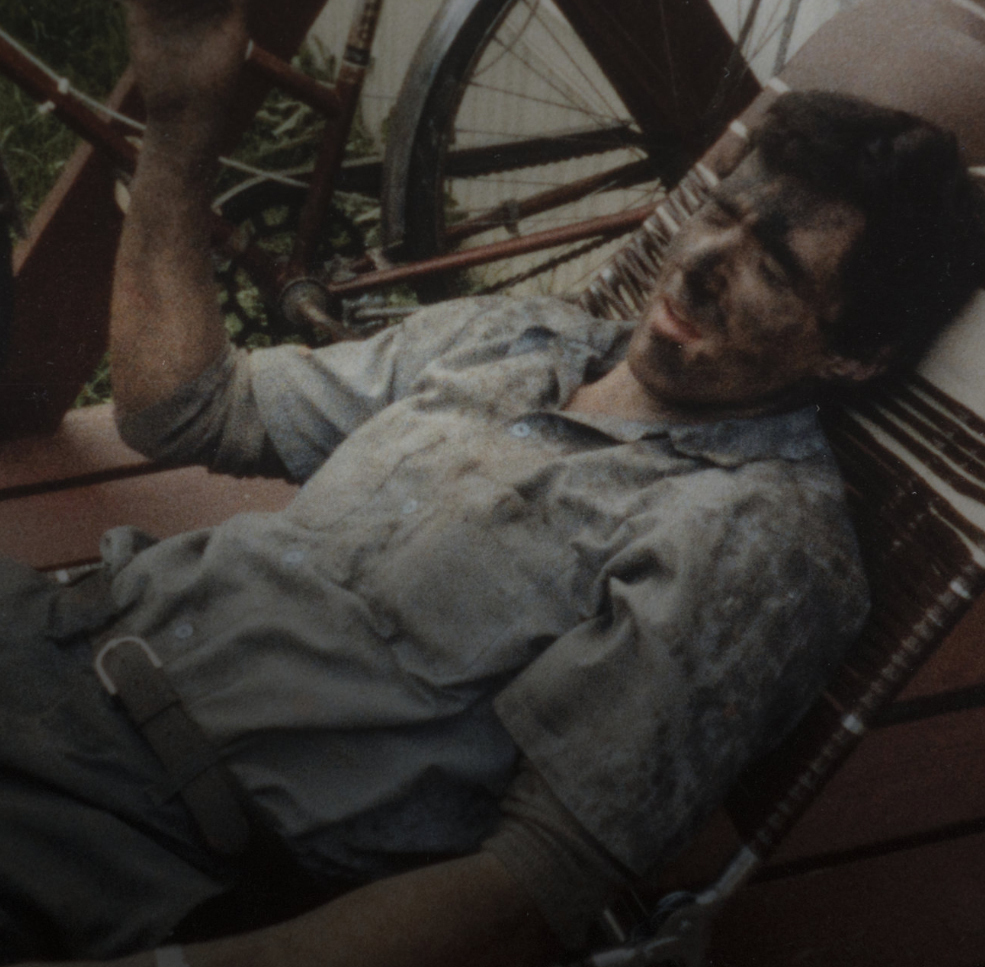 A photograph of Greg Kelly at 19 years old, taking a break from mining coal. Kelly now has an advanced stage of black lung disease known as complicated black lung or progressive massive fibrosis.

"This work has also made clear the role that silica dust is playing in the severe disease these men endure," Laney said.

The 34 miners NPR and The Ohio Valley ReSource, a regional journalism collaborative, interviewed last year ranged in age from 47 to 77 and worked in 321 coal mines in 28 coal counties in at least five Appalachian states (Pennsylvania, West Virginia, Kentucky, Virginia and Tennessee). Most worked multiple occupations, and some mined in both underground and surface mines.

The miners were asked about their work histories, their exposure to coal and toxic silica dust, safety practices at work, pressure to cut corners on dust controls, federal mine inspectors, the cutting of silica-bearing rock, and how PMF had changed their lives.

All but one of the miners said they cut rock embedded in coal seams at some point during their careers, most of which lasted 20 years or more.

"As I kept mining coal all the good seams were gone," said Greg Kelly, who spent 30 years underground in Harlan County, Ky. "There were hardly no solid seams of coal left and there were more rock in the coal."

In Wise and Dickenson counties in Virginia, Lacy Dutton Jr. said he "cut more rock than cut coal" in the last 20 years of his career. Dutton remembered "a little seam of coal probably 8 inches thick." But the cutting drum on the mining machine "had to cut it 6 1/2 foot high. We did that for a year."

John Gibson worked in mines in Kentucky and Virginia and said the silica dust was so bad at times that "literally, it's like being in a room full of smoke."

Gibson operated a continuous mining machine. The clouds of dust it generates are supposed to be swept away by pumped-in air and water sprays. But 16 of the miners we interviewed said they were exposed most while operating the machines.

Twenty-seven miners operated roof bolters, which drill bolts into mine roofs to prevent rock fall. Some reported bursts of silica dust as they started drilling and again when they cleaned out boxes designed to collect rock dust. 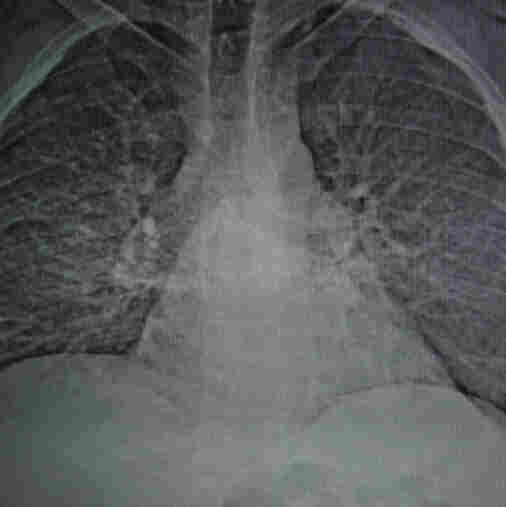 Those relatively short but heavy bursts of exposure are not necessarily picked up by the dust sampling system used by MSHA inspectors to protect miners from overexposure. Inspectors collect dust samples only a fraction of the time miners are working. And for most of the past 30 years, they didn't sample for silica dust the entire shifts miners worked. Samples were also averaged so that the heaviest exposures were not recorded.

Four of the miners we interviewed reported extensive exposure that lasted weeks and months while cutting through solid rock to reach coal seams. This process, sometimes called "slope mining," does not involve cutting coal, so it is not subject to coal mine dust regulations or dust sampling. But it seems to provide the greatest exposure over sustained periods.

"The biggest one we cut was ... 200 foot ... long," said Danny Smith, who worked only 12 years underground but has a severe case of PMF. Smith was still in his 30s when he was diagnosed.

"It was just pure rock dust," Smith said, as much as 16 hours a day, six days a week, for eight months.

Massive fans were used to sweep away dust, but Smith says it was still dusty. He also used a dust mask, as did 28 of the miners we interviewed, at least some of the time.

But 17 miners reported fine particles of dust leaking through the masks, dust clogging the masks' filters, and/or difficulty breathing and working while wearing masks.

Smith is among hundreds of miners who are suing mask manufacturers and providers.

We also asked the miners about how the mining companies they worked for responded to quarterly inspections by MSHA.

Miners said mines were cleanest and safest when MSHA inspectors were on-site. Mining companies even cut back on production, some miners said, so that mine air was less dusty.

They also reported mining company efforts to cover sampling devices, hang them in clean air or tamper with them. Most also said that they feared being fired if they resisted or complained.

Even surface miners, who spent little or no time underground, were exposed to excessive levels of silica dust. NPR's analysis of nearly 30 years of MSHA sampling data (1988-2016) shows nearly 4,000 instances in which the air at surface mines exceeded federal limits for silica. That's close to 20% — 1 in 5 — of all surface mine air samples collected by federal mine inspectors and reviewed by NPR. 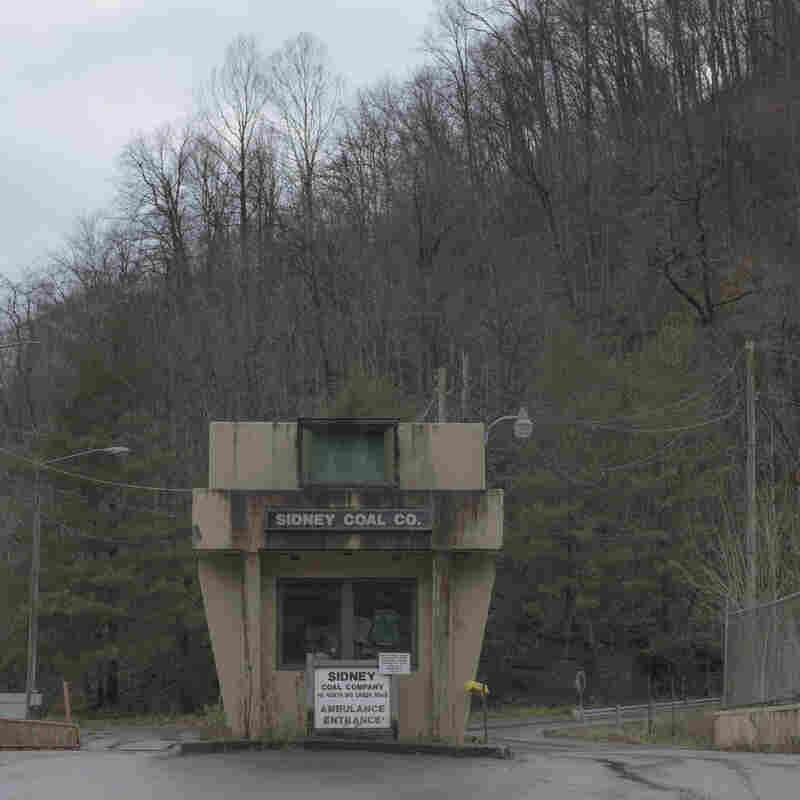 Danny Smith worked mostly for Sidney Coal Co. during his 12 years as an underground miner. Sidney was owned by Massey Energy, a defunct coal giant with multiple mine disasters in its history and a CEO who went to federal prison for conspiracy to violate mine safety laws. Rich-Joseph Facun for NPR hide caption 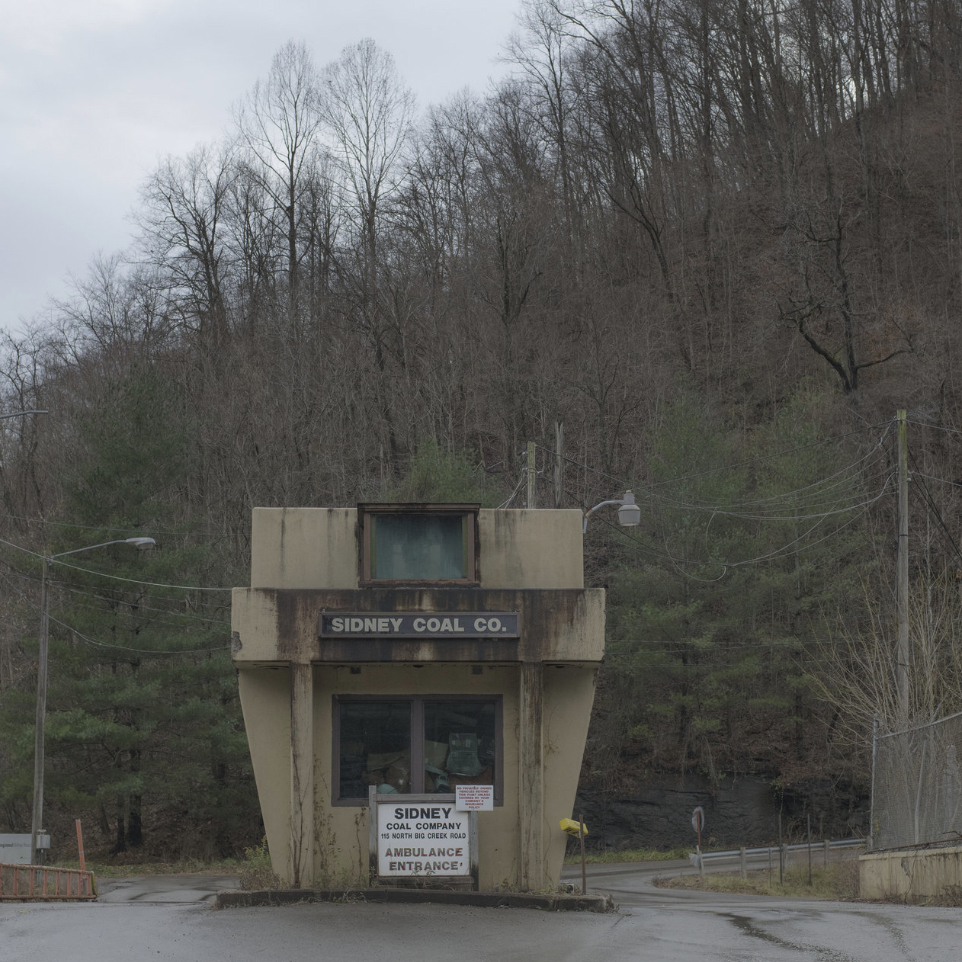 Danny Smith worked mostly for Sidney Coal Co. during his 12 years as an underground miner. Sidney was owned by Massey Energy, a defunct coal giant with multiple mine disasters in its history and a CEO who went to federal prison for conspiracy to violate mine safety laws.

Inspectors also issued more than 3,500 citations for excessive "drill dust" since 1986, according to MSHA data. Drill dust is generated by cutting into rock at surface mines or into the surface area of underground mines. Nearly two-thirds of those citations were classified as "significant and substantial," which means the violation would likely result in serious injury or illness if not corrected.

Jack Fortner never worked underground, he said, in 34 years of driving coal trucks and loaders on the surface at mines in Kentucky and Virginia. But he described the air in the cabs at times as "just like a dust storm."

"A lot of time your air conditioner wouldn't work," Fortner remembered. "You had to keep the doors open ... and I looked like a deep miner when I come home. I mean I was filthy."

Jimmy Wampler described the same kind of dust exposure during his 30 years mostly at surface mines in Virginia, including worn door and window seals that let in coal and silica dust.

"That's what we were breathing," he said. "We're going to die from it."

For 27 miners, black lung had also afflicted grandparents, parents or other relatives.

"It's only going to get worse from here on out," said Roy Mullins, who spent 40 years mining coal.

Mullins watched his father and three uncles suffer from black lung. "And knowing that that's coming to you, it's pretty hard to take," he said.

When asked why they stayed in mining despite the danger, 29 of the miners we interviewed cited good pay and benefits, the fact that they liked mining, and the ability to support their families. A dozen said there were few other jobs in the area, no jobs with the same pay and benefits, few good jobs that didn't require more than basic education, and/or they wanted to stay local with extended family.

And 21 said they would still be mining if they were healthy, despite the disease that makes their lives so difficult and will shorten their lives.

"I wake up smothered," said Rodney Sexton, who worked just about every job there is underground in his three decades of coal mining in Kentucky. "And [I] run and run through the house ... trying to get breath ... [because] I think I'm dying."

A dozen miners said they were seeking, anticipating or awaiting lung transplants. But for coal miners with black lung, the survival rate with new lungs is 3.5 to 5 years, a third to half the rate for others with transplants.

"Things that used to take me an hour or two to do, take me five to six hours now because I stop more frequently," Carlson said. "And in the mornings you get up hacking, spitting black and blood."

A dozen of the sick and dying miners blamed coal companies for their disease, for not protecting them as the law requires. Four blamed federal regulators for not forcing mining companies to keep miners safe.

"Why did they let the men work in that kind of situation that causes their health to be like that?" asks Jack Fortner's wife, Janie.

But half of the miners we interviewed either blamed themselves or said black lung is inevitable in mining.

"The day you pick that dinner bucket up and go in the mines, that's the day you signed your death warrant," said Wampler. "That's plain and simple. And a man will do it because he loves his family and his life."