Accessibility links
New York Is The First State To Pass A Law That Bans Declawing Cats It's the first state in the nation to outlaw the practice, which animal-rights advocates say is equivalent to chopping off a person's fingers at the first knuckle. 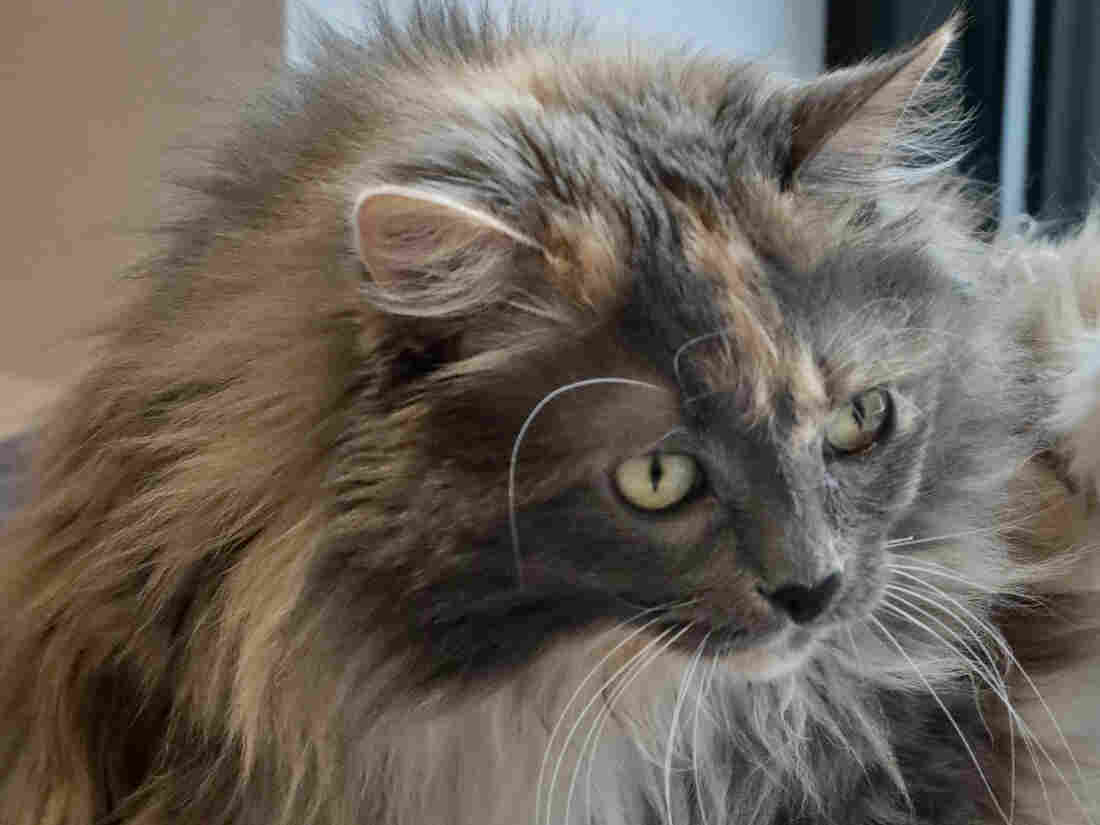 Griselda, 11, a domestic longhair cat who had already been declawed when she was surrendered by her owner for adoption, plays inside her enclosure at the Animal Haven pet shelter in New York. Bebeto Matthews/AP hide caption 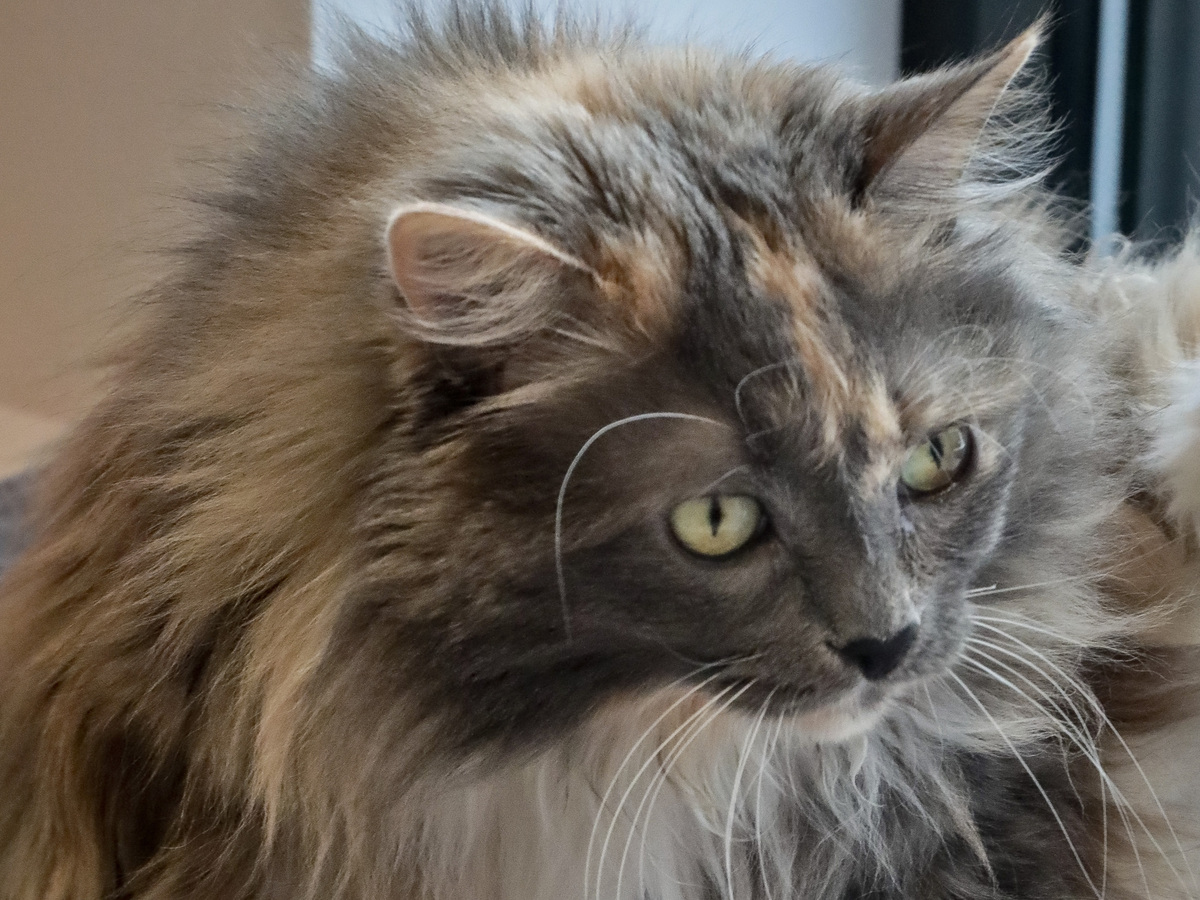 Griselda, 11, a domestic longhair cat who had already been declawed when she was surrendered by her owner for adoption, plays inside her enclosure at the Animal Haven pet shelter in New York.

Felines that are declawed are usually declawed in an attempt to protect furniture. New York cat owners, however, will have to tolerate ruined property.

New York is the first state in the country to outlaw the practice of declawing cats, a surgery that animal-rights advocates deem inhumane and unnecessary. Declawing a cat, also known as onychectomy, has been banned in most European countries, along with some Canadian provinces and U.S. cities including Denver, San Francisco and Los Angeles.

"Cats of New York: Show me your claws,"Assemblywoman Linda Rosenthal said earlier this summer. She advocated for the anti-declawing bill for five years before it was signed into law on Monday by Gov. Andrew Cuomo.

"Declawing is cruelty, plain and simple, and with so many low-cost and pain-free alternatives available, there is no reason to allow this barbaric practice to continue, not here in New York or anywhere," Rosenthal said in a statement.

Effective immediately, the new law prohibits the amputation procedure unless done in an effort to treat a medical condition that's affecting the cat. Cases that warrant the procedure might include injury, tumor or an untreatable infection. Otherwise, veterinarians will face up to $1,000 in fines if they perform the operation for any other reason.

Some people think that declawing is a simple procedure that removes a cat's nails — similar to having your fingernails trimmed. But in reality, it's far more extreme than a manicure.

The surgery, which takes anywhere from 30 to 60 minutes, involves an amputation of the last bone in each of the cat's digits, Peter Soboroff, owner and director of the New York Cat Hospital in Manhattan, told NPR.

Specifically, declawing involves the removal of all or most of the last bone of each of the toes of the front paws, including tendons, nerves and ligaments.

Although veterinarians supply pain management so the feline undergoes as little distress as possible, Soboroff said, "Even with our best efforts, there's no question this is a painful surgery."

People often don't understand what the declawing surgery entails, Soboroff said. His hospital discourages the procedure when someone requests that he remove a feline's claws out of convenience to save furniture. Instead, he recommends that with a little patience and training, cats can be redirected to exert their normal behavior on an acceptable surface such as a scratching post. Nail caps, which are glued onto a cat's existing nails to manage scratching, are another harmless alternative.

Although most cats heal normally after surgery, there's a possibility that they will experience some orthopedic problems. Lisa Alter, with the Long Beach, N.Y., Humane Society/Kitty Cove Adoption Center, said declawing essentially disfigures a cat's natural anatomy, which affects its balance and everyday behavior.

"They can have trouble scratching in a litter box or cleaning themselves, their posture is thrown off and in severe circumstances, it leads to permanent back pain," Alter told NPR.

While most vets applauded the law, the New York State Veterinary Medical Society has been a vocal critic. The state's largest veterinary organization says declawing should be an available option only if the alternative is abandonment or euthanasia.

As NPR's Vanessa Romo previously reported, the group has argued there are several legitimate applications of the procedure, including in cases where the pet's owner has a weakened immune system or other medical reasons and cannot risk a potential infection from a scratch. They argued for cases in which elderly pet owners moving into assisted living facilities are required to declaw a cat for safety reasons. These owners would otherwise have to give up their pets.

Supporters of the ban estimate at least a quarter of all domestic cats in the U.S. have been declawed, according to The Associated Press.

Similar anti-declawing initiatives are pending in other states such as Massachusetts, New Jersey and New York.