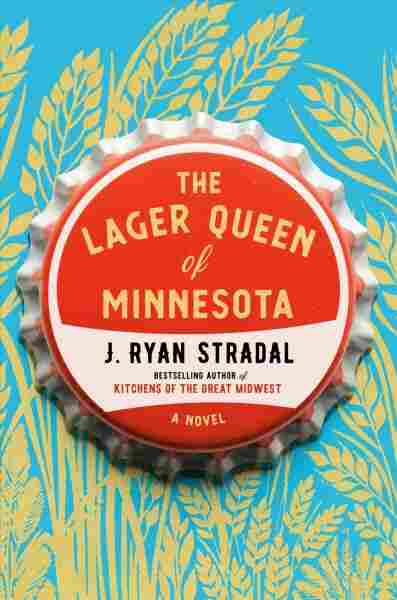 The Lager Queen of Minnesota

Edith Magnusson, the hard-working heroine in The Lager Queen of Minnesota is actually a composite of some of the women closest to author J. Ryan Stradal — his own mother and grandmothers. Stradal wasn't seeing the strong, Midwestern women who raised him reflected well in contemporary fiction. So he decided to write those characters himself.

"Sometimes when they are represented they can be oversimplified or caricatured ... " he says. "I know these people too well to do that. They contain multitudes just like everyone does — only they don't toot their own horn about it."

Growing up in Minnesota, Stradal says it took time to find out how complex people were. Sure, people may present themselves simply, "but that certainly doesn't mean that they don't contain a great deal of complexity and intelligence and wonder," Stradal says. "I saw that growing up, and I really wanted to write characters that mirrored that."

The novel is a family saga and the story of family business. Stradal says he visited more than three dozen breweries in his research for the book. "The women I met working at these breweries were really inspiring," he says.

On writing for his mom

I have one reader in mind when I write, and that's my mom. ... She passed away almost 15 years ago and has never read any of my published work.

I have one reader in mind when I write, and that's my mom. She'd wanted to be a writer herself and she raised me to be a writer. She'd gone back to college to get an English degree when I was a little boy and she'd read her homework assignments to me as bedtime stories. Growing up in that house, it was hard not to want to be a writer and be a novelist with that influence.

She passed away almost 15 years ago and has never read any of my published work. My first short story was published a few months after she died. So I feel I write to honor her legacy as a writer, and as an influence, and also to keep her alive in my heart. That's why she ends up in so many of the characters. ... It's one way I think about her every day — is to write for her and put her in my characters.

On writing the character of Diana, Edith's granddaughter, who chooses a vocational path over a college path

I'm not sure if college right after high school is the best thing for everybody. ... Both of my parents dropped out of college by the time I was born. So neither of them had college degrees while I was being raised. And even though they eventually got them, I saw in my life the brilliance of people who didn't have college degrees. ... I was also reinforced that pursuing a career without a college degree was completely valid and often really compelling.

I felt like the world I grew up in had a lot of people who developed a skill, and developed a passion, and pursued it. They didn't need the outside world validating it for them. They got enough pleasure out of pursuing what they decided to do in life. ...

Although I don't want to impugn college — I mean, it's clearly a benefit for a lot of people — not everybody needs it. And I wanted to write about a character that was self-directed enough to realize that she had at her fingertips resources to further her own dreams and she just had to take advantage of them — and did.

On dedicating the book to his grandmothers, Doris and Esther

Doris was instrumental in my young life. ... I'd go up to the cities to visit my grandparents and they'd drive me to the coolest biggest libraries in Minneapolis. ... I was really into dinosaurs, and the Greek mythology, and the presidents, and the libraries in Minneapolis were just a world apart and I thank Doris so much for taking the time to help me pursue those interests and indulge me as a reader.

Esther was a huge inspiration in terms of her work ethic. This was a woman who was still shingling her own roof in her 70s. She put a lot of elbow grease into everything she did. She was a farm woman, you know, had nine children over 25 years. And yeah, really set a great example for me in terms of work ethic and also keeping your head down and not complaining.

Read an excerpt of The Lager Queen of Minnesota

Kat Lonsdorf and Jolie Myers produced and edited this interview for broadcast. Beth Novey adapted it for the Web.