Accessibility links
Sept. 11 Victims Fund Extension Passes Senate, Goes To President President Trump is expected to sign the measure, ending a years-long ordeal for the victims after concerns that the fund was on the verge of running out of money. 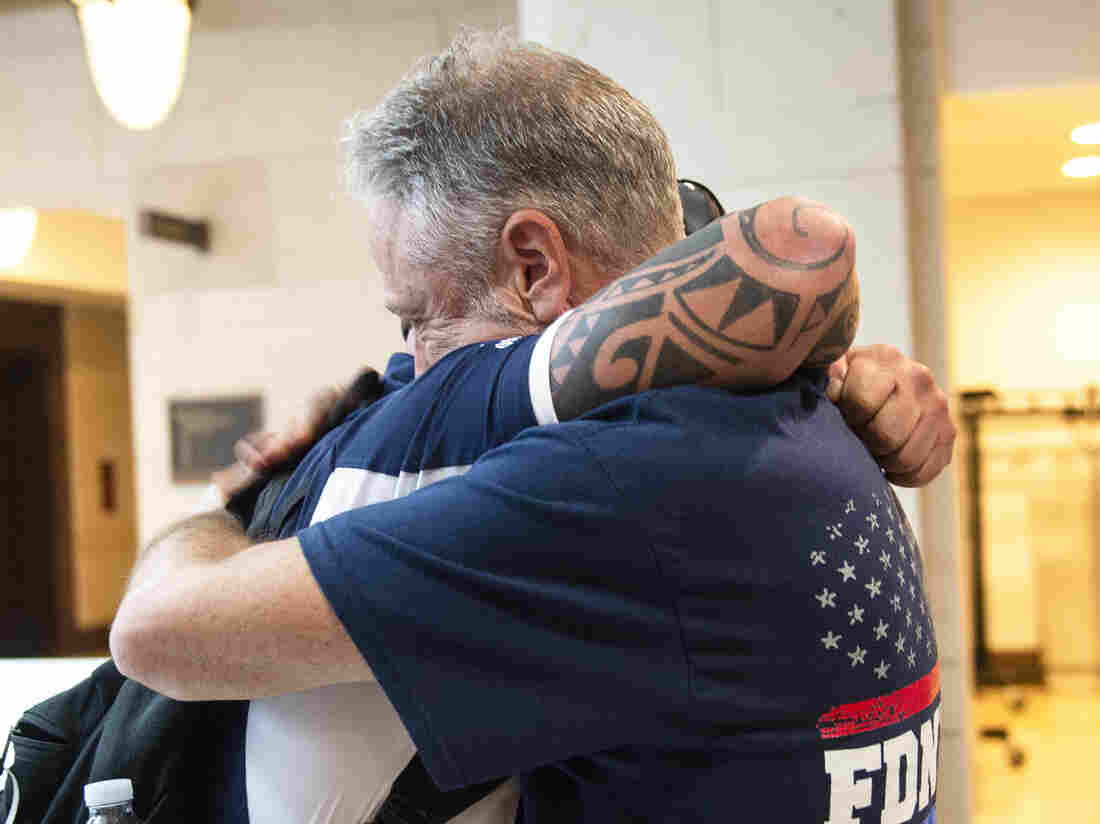 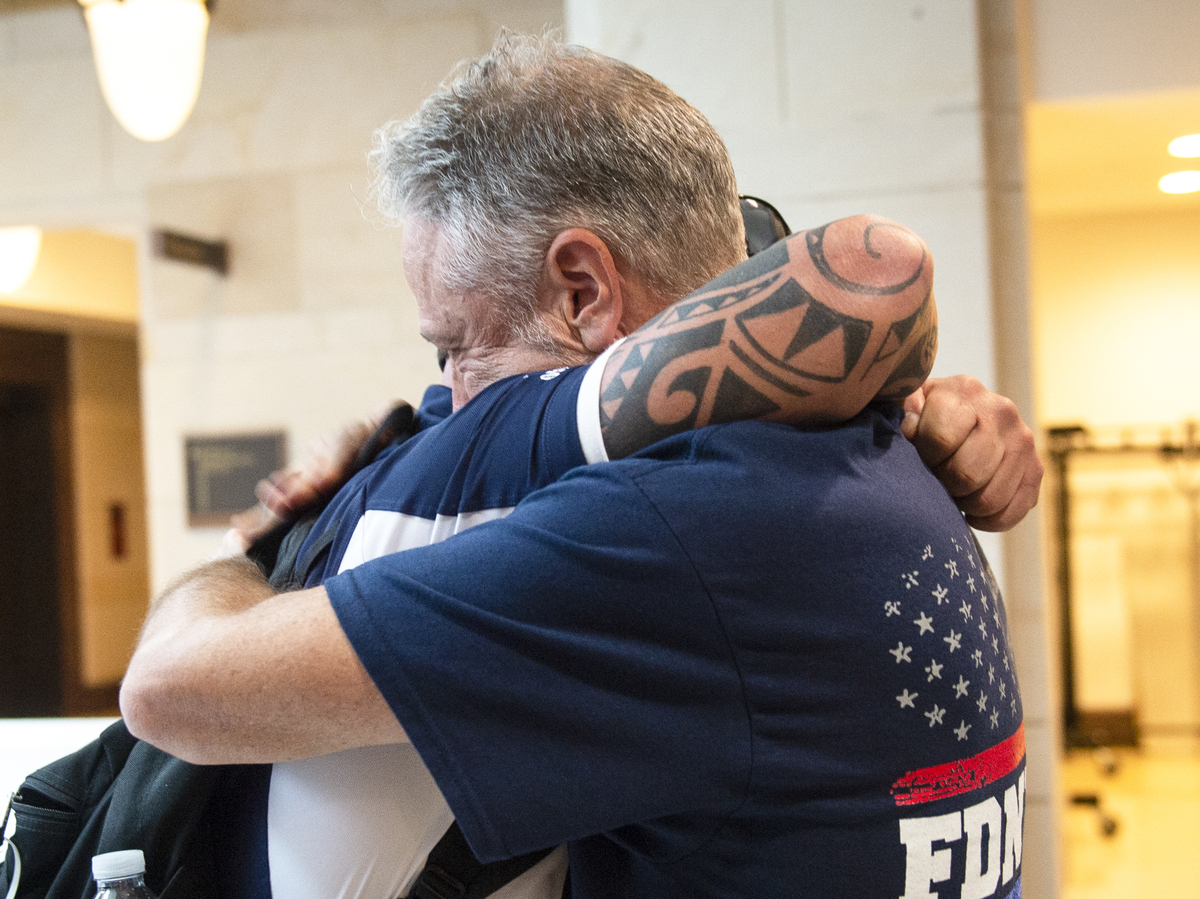 The Senate has voted 97-2 to approve a bill that will virtually ensure permanent funding for rescue workers whose work after the Sept. 11 attacks caused health problems.

The House passed the bill last month, and President Trump is expected to approve it, ending a years-long ordeal for the victims after concerns that the fund was on the verge of running out of money.

"The struggle of nearly two decades to get these brave men and women what they deserve is — hopefully, finally — complete," Sen. Chuck Schumer, D-N.Y., tweeted after the bill passed.

First responder John Feal was photographed crying as he hugged Jon Stewart, the former host of The Daily Show who has been a major advocate for Sept. 11 victims.

Sept. 11 Victim Compensation Fund Cuts Payouts By As Much As 70 Percent

Feal addressed reporters several minutes later. "Passing this legislation — there's no joy. There's no comfort. Yes, I cried with Jon. But that was to exhale. That was to get 18 years of pain and suffering out," he said. "What I'm going to miss the most about D.C. is nothing."

In February, Rupa Bhattacharyya, who heads the fund, said it would soon expend the amount of its appropriation, $7.375 billion, in light of a surge in new claims. She said that the fund had paid out some $5 billion to more than 21,000 claims. At that point, she said that the fund would have to make "significant reductions in awards," adding that she was "painfully aware of the inequity of the situation."

The fund had been set to expire by 2020; the measure passed Tuesday would allow claims to be filed until October 2090.

And, the measure would remove a dollar amount for the fund's total funding, replacing it with "such sums as may be necessary for fiscal year 2019 and each fiscal year thereafter through fiscal year 2092."

Sen. Rand Paul, R-Ky., was one of the two lawmakers who voted against the bill. In a tweet, he said that he supports the first responders but "can't in good conscience vote for legislation which to my dismay remains unfunded."

At a House Judiciary subcommittee hearing last month, Stewart admonished the lawmakers for the number of empty seats in the room.

"As I sit here today, I can't help but think what an incredible metaphor this room is for the entire process that getting health care and benefits for 9/11 first responders has come to," Stewart told the subcommittee. "Behind me, a filled room of 9/11 first responders; and in front of me, a nearly empty Congress."

Stewart was seated next to Luis Alvarez, a retired detective and Sept. 11 responder who told lawmakers that he had completed dozens of rounds of chemotherapy for a cancer linked to the attacks and the rescue operations.

"My life isn't worth more than the next responder to get cancer," Alvarez told lawmakers, as NPR's Bobby Allyn reported. "This fund is not a ticket to paradise. It is there to provide for our families when we can't."

Later that month, Alvarez died at the age of 53. This bill is named after Alvarez and two other Sept. 11 rescue workers who have died.