Accessibility links
How A 'Perfect Storm' Cut Off Water To This Colorado Town "Water is the oil of the 21st century. People don't quite understand how difficult it is to run a water system so you have clean drinking water," the town administrator said. 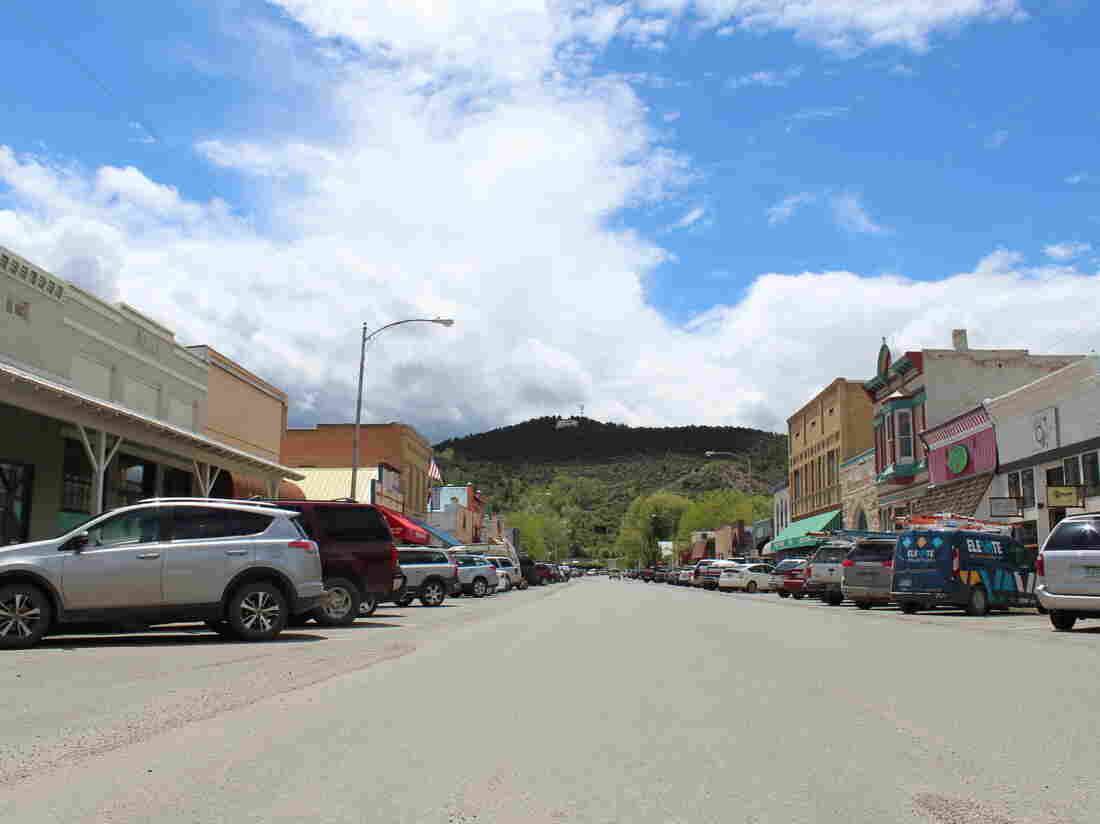 The western Colorado town of Paonia ran out of water for a combined 13 days this winter. Luke Runyon/KUNC hide caption 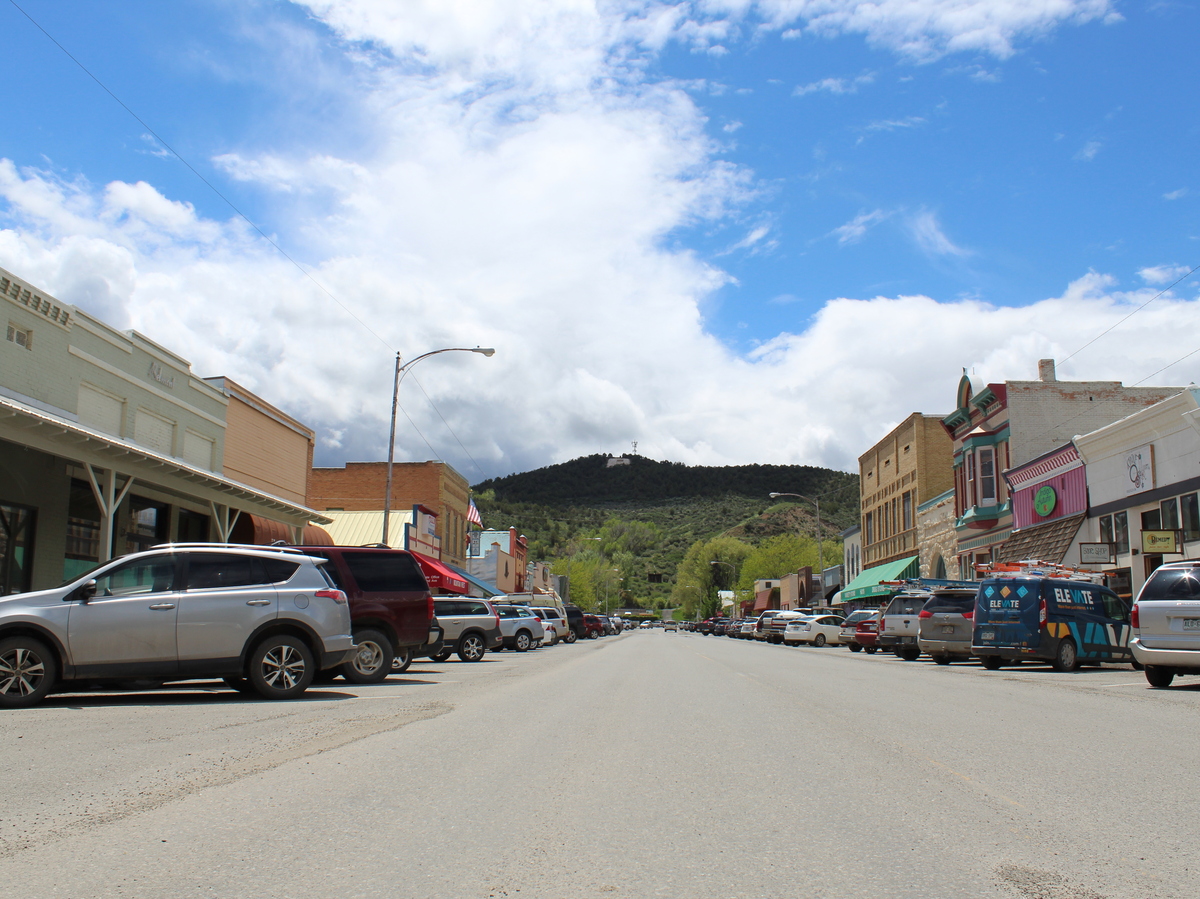 The western Colorado town of Paonia ran out of water for a combined 13 days this winter.

One morning in mid-February, David Herz went to turn on the faucet in his farmhouse outside the small western Colorado town of Paonia, and nothing came out.

Herz is the president of a small water company that purchases treated drinking water from the town for him and a few of his rural neighbors. Small outages are common enough not to raise alarm. Herz started calling around to see what was happening.

"We usually average about one [outage] a year on the line," he said. "Something breaks, and you have to turn the water off. So it's not uncommon."

He quickly found he wasn't the only person with a dry tap who relies on Paonia's water. What he didn't know at that point was how long the shortage would last. From mid-February to early March, most of the town's about 1,600 water customers were issued boil notices and eventually saw their water turned off for a combined 13 days.

Conversations in the Colorado River Basin about impending wide-ranging water shortages have created an anxiety in pockets of the West. It's akin to a modern folk tale, a story passed from one person to the next, that one day water will be so scarce, whole communities will see their faucets turned off. That hasn't happened on a wide scale, but this winter Paonia got a taste of that possible future.

"There are certain things that we take for granted but you use all the time," Herz said. "We had these expectations about the water and then when you don't have it, it's this huge crisis."

"It was incredible the kind of psychic effect it had on the community."

In his office in downtown Paonia, Ken Knight unfurled a map and laid it out on a conference table.

On the map, a sprawling network of colored lines criss-cross the agricultural valley a four-hour drive west of Denver. Knight is the town administrator, meaning he's in charge of making sure the water system works. 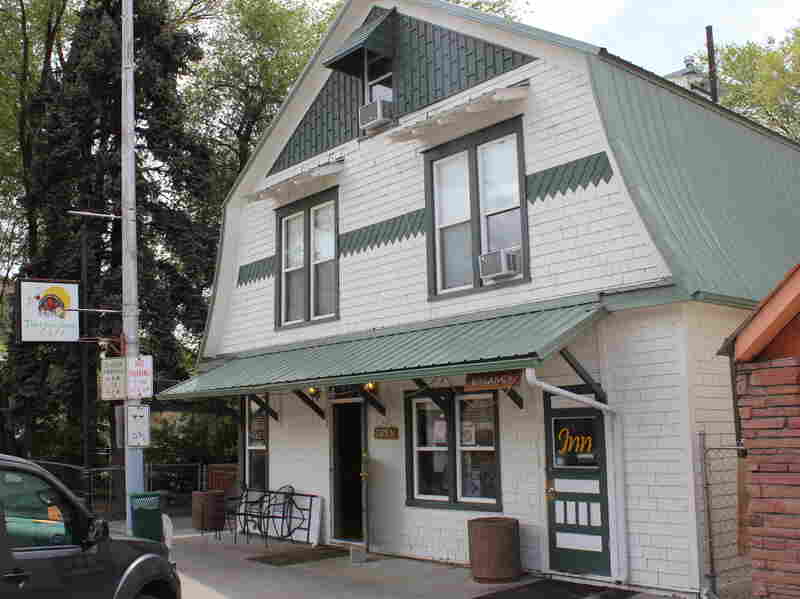 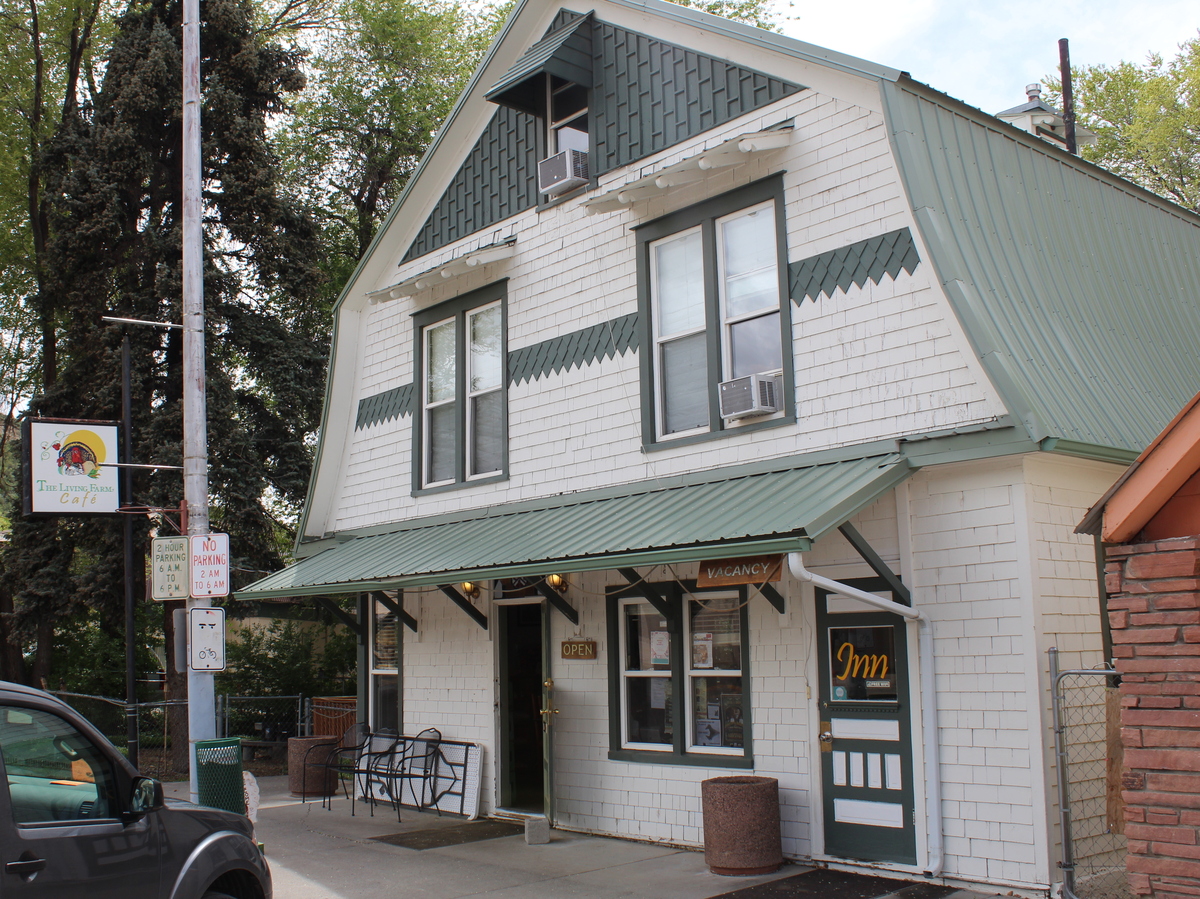 Living Farm Cafe in downtown Paonia was forced to close for several days during the town's ongoing water shortage.

The first problem cropped up on Valentine's Day. A 2-million-gallon tank that stores Paonia's drinking water was dropping. The town's utility workers were unable to locate the leak draining the tank. Water pressure throughout town started to diminish. Four days later, on President's Day, pressure was so low, the state of Colorado instituted a boil order. With demand outstripping supply, it was a real possibility the town could run out of water. Knight and Paonia Mayor Charles Stewart declared a local emergency, tapping into state and county emergency management resources.

A few days later they found the first leak. A pipe leading to a fire hydrant had burst near the banks of the North Fork of the Gunnison River that flows through town.

"The water was going straight through the river rock into the river. So it was not bubbling to the surface," Knight said.

Workers fixed the pipes, and officials urged residents to conserve their water use to let the storage tank refill. But the town's water problems were just beginning. Because of 2018's record-breaking hot, dry weather, the network of natural snow-fed springs the town uses as its raw water supply were running at about half their average flow.

"This point of time in February when this incident happened is always when our springs are running at their absolute lowest," Knight said. "This was a perfect storm."

Knight and his public works crew monitored the storage tank, waiting for it to refill, only to see it drop further.

The rural water districts were the first to see their supplies cut. Neighborhoods in town were also cut, in order to maintain water service in the town's downtown core, schools, an apartment complex for seniors and a care and rehab center.

The town's decision to shut off the water led to a county emergency declaration, and an even wider response to the ongoing shortage. A state-led incident management team arrived in Paonia. The National Park Service hauled in a potable water tank for residents to fill jugs. Town officials set up a series of community meetings to brief frustrated residents on the situation. A leak detection team went into the field in search of more burst pipes.

Near the elementary school they found another large leak. A pipe was spilling hundreds of thousands of gallons of treated drinking water, keeping the storage tank from filling back up.

'The whole town behind'

Downtown Paonia is lined with brightly colored shops and restaurants to cater to farm-to-table tourists. The surrounding land grows pears, peaches, cherries, wine grapes and vegetables. It's a hub of agri-tourism in the state.

The first boil order had caused restaurants in town to temporarily shut down.

"I'd say we probably lost about five or six $1,200 days in our off season," said Tyler Timbrel, manager at Paonia's Living Farm Cafe.

That would've been enough money to cover a month's worth of utilities, Timbrel said. Servers and cooks who count on hours and tips were told to stay home.

"Kind of just put the whole town behind it feels like," Timbrel said.

Residents criticized town officials for not responding fast enough, or for being tight-lipped about the incident itself and the response to it. Timbrel said it was heartening to see neighbors helping each other and volunteers taking water to homebound residents, but the whole situation left a bad taste.

"A lot of people were furious. I mean we were without one of the basic necessities," he said. "Something like this could happen again and personally I feel like there should be more reassurance and more infrastructure put into repairing the water systems to a point where they are going to last.

"This shouldn't be something where we're dealing with a break in a different spot every couple of years."

'There isn't a playbook to open'

Paonia's water shortage caught the people in charge of managing the crisis off guard as well.

Kris Stewart, Delta County emergency management coordinator, was one of the first to respond to the call for additional support. He said communities in the West often have plans in place for what to do if wildfires or landslides damage water infrastructure. But a combination of drought and leaky pipes was a blind spot.

"This hadn't really been on a lot of people's radar, but it is now," Stewart said. "It was all new to the town, the county, to everybody. We worked through it as a community and partners because there isn't a playbook to open."

An after action report issued by both Delta County and the town of Paonia in late May said there was room for improvement in how the community responded. The report said despite limited resources, the town was able to manage some aspects of the crisis well.

But it also said that in the future officials should call in local and state help earlier, better coordinate notices issued to residents, and establish clear lines of communication within the town and among all the partner agencies who respond.

"I think the Paonia incident brings to light a need for cities and water districts to look at their plans," Stewart said.

Town administrator Ken Knight said the focus now is on continuing education of water conservation, and taking concrete steps toward making the town more water-resilient. He said creating a new digital map of the town's water infrastructure is top of his list. 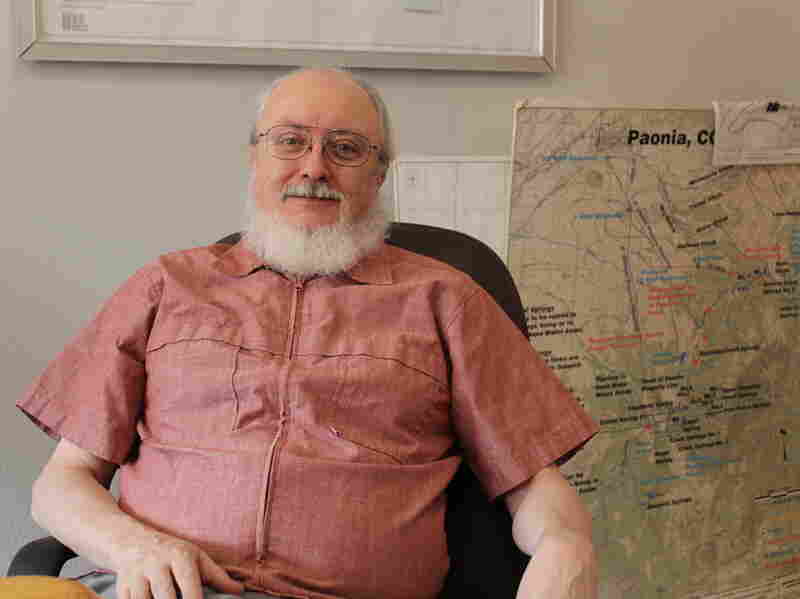 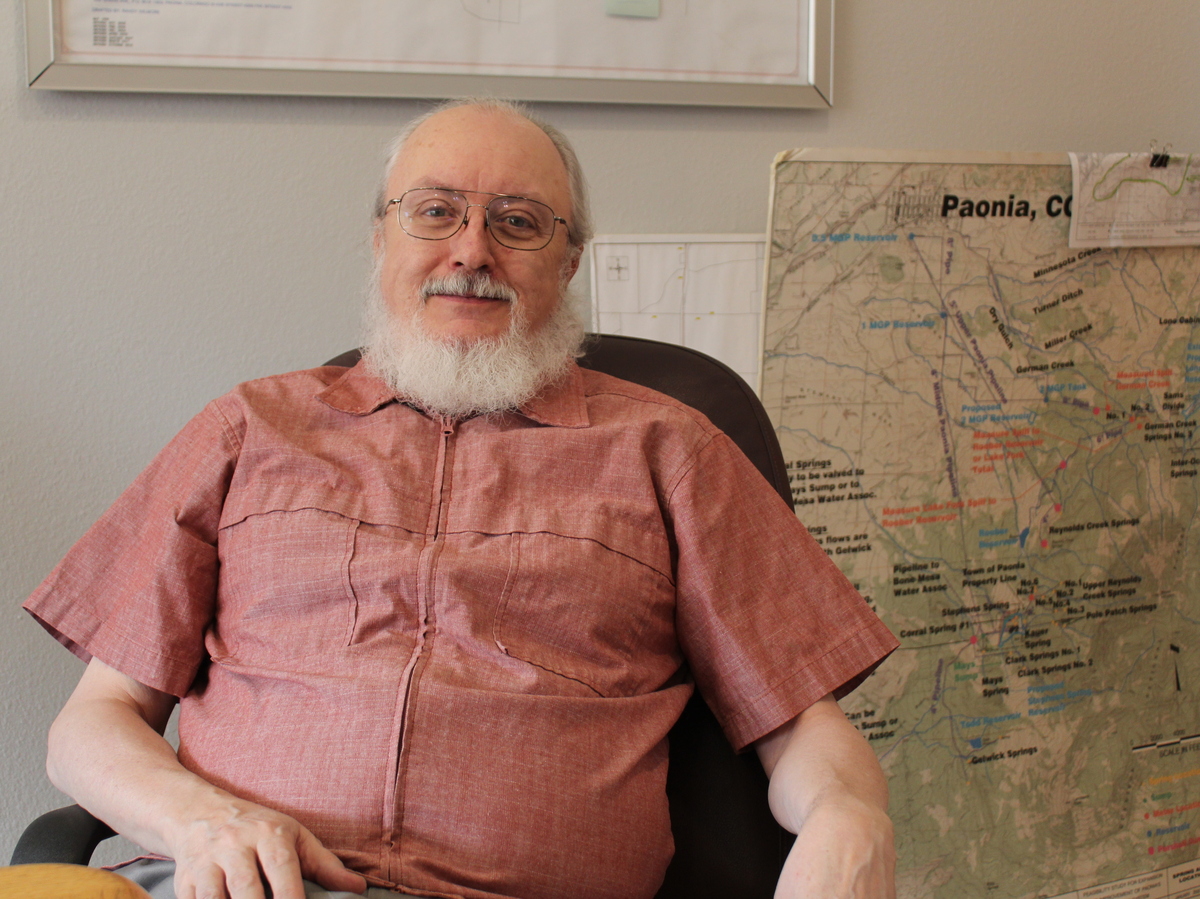 Ken Knight, Paonia town administrator, says the water shortage forced the community to have tough conversations about growth and resiliency.

Because the incident affected the entire community in such an intimate way, Knight said the water shortage has forced Paonia into having some tense conversations that had otherwise bubbled under the surface. Like many Western communities, he said Paonia is wondering how it will grow. When resources run tight, anxieties about growth can grow more intense.

"I really don't think we're out of water," Knight said. "I think this was just an event that pointed out some shortcomings we had. But at some point in time we're either going to have to find another water, right, or we're going to have to say 'This is it.'

"What do we want growth to look like? Do we at some point in time put up the barricades and say 'Not here'?"

The Water Crisis In Chennai, India: Who's To Blame And How Do You Fix It?

Those questions led to even tougher ones, such as whose water use is more important? And with projections for a hotter, drier Southwest, is a town like Paonia ready for climate change?

Knight said they don't yet have all the answers, but he's committed to taking steps to prepare for future shortages.

"Water is the oil of the 21st century. People don't quite understand how difficult it is to run a water system so you have clean drinking water," he said.

If other small towns in the West aren't prepared to handle a combination of drought and leaky infrastructure, he said Paonia's story is a warning of things to come.

This story is part of a project covering the Colorado River, produced by KUNC and supported through a Walton Family Foundation grant. KUNC is solely responsible for its editorial content.