Accessibility links
A Requiem For Audiogalaxy, The Digital Wild West's Best Outlaw Record Store In the wake of Napster's downfall, but before the iTunes Store began to legitimize digital music, Audiogalaxy emerged from the darkness to (illegally) fill the void. 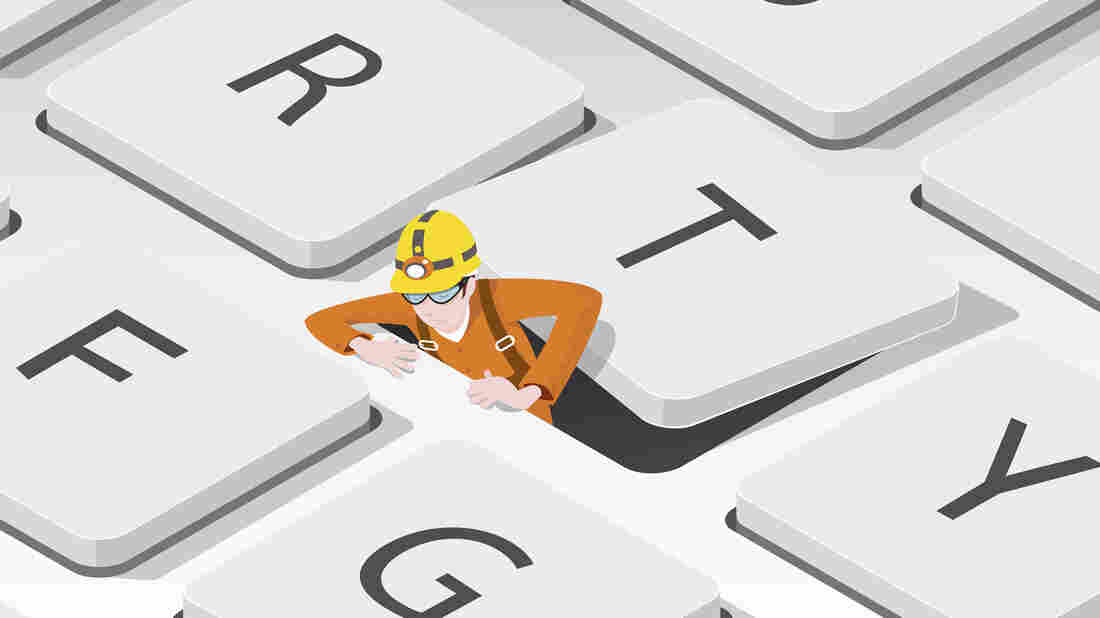 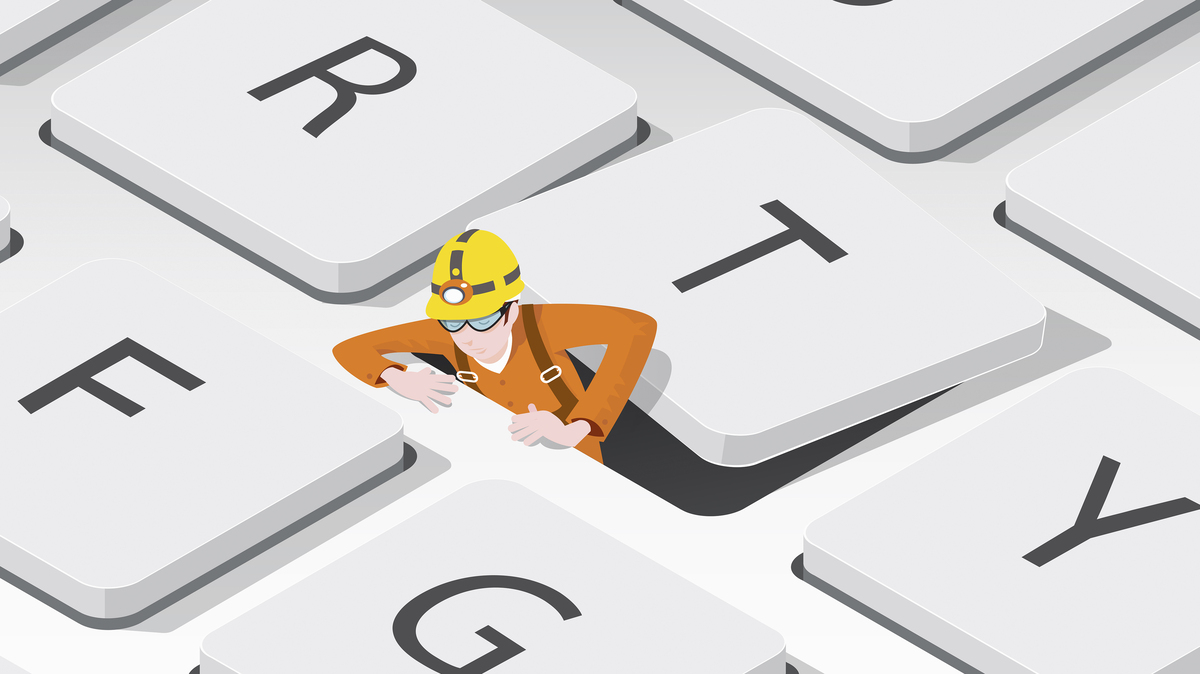 It was one of those spring New York days where the garbage breezes of summer were already gathering. You could smell it, but you couldn't yet feel it. It was 2012, and I was interviewing the rapper El-P because, after more than two decades toiling at the forefront of the East Coast underground scene, he was poised to enter a new phase in his career. El-P's studio was in the dead zone between Chinatown and Soho. Sometimes he'd go outside and smoke in the shadow of the ominous Long Lines skyscraper, a massive, windowless cult landmark owned by AT&T.

As we looked at the distinctly dystopian building, he told me he'd forgotten to bring an external hard drive to the studio, but thanks to the magic of the cloud, he'd been able to access what he needed remotely, saving himself a train trip home to Brooklyn. It was, he felt, a gift and a curse. I remember him telling me he could envision a future where, if you did something illegal, maybe your access to the cloud — all your files, all your data — would be denied, and you'd be cast adrift. At the time, I wrote it off as futurist paranoia.

It's 2019, and most music is consumed via one of a few streaming services, which means the average listener doesn't actually own any of their music, and the terms of the relationship are endlessly mutable. Canons are rewritten based on availability, songs are removed from playlists based on controversy. As much as we might wish, there's no right answer here: Artists need to make money, and companies need to be responsible for what they put into the world — that these ideas are in conflict with each other is not especially new. Art and commerce and responsibility have always been mired in a whirlwind of corporate ethics and personal agency. Nobody ever really wins, everyone is just losing to varying degrees.

Which is exactly what happened in 2000, when Metallica became villains. After a demo of their song "I Disappear" was leaked onto Napster, the band went on an anti-piracy campaign that was noble in theory (artists should not have their work stolen!) but ended up going poorly in practice. When they sued Napster and their fans — who'd been gouged for years by obscenely (and seemingly illegal) inflated compact disc prices — it felt like those fans were getting attacked for being excited about their favorite band. Soon, downloading anything could mean that the RIAA was going to knock on your door with a lawsuit demanding hundreds of thousands of dollars in damages. Was a 96kbps file labeled, like, Kottonmouth-Kings-Deftones_Bjork-EMINEM-live.mp3 — that was actually a staticky, 90-second recording of Rahzel beatboxing — really worth the risk?

I was a paranoid, nervous teenager with a limited understanding of the legal system, so using Napster felt not unlike trying to buy drugs in front of a police station. Unfortunately I had limited income, no credit card and a voracious appetite for music. The allure was just too compelling. The only way to hear everything I was reading about was to download it illegally. So, while an exodus from Napster to the buggy, virus-plagued Limewire happened in millions of bedrooms across the United States, I happened upon something else entirely: Audiogalaxy.

Audiogalaxy was a no-frills program that I found by searching "new Napster better" on whatever non-Google search engine was popular at the time. It was built in 1998 by a man named Michael Merhej, with the specific intention of music filesharing, and it initially seemed like it would circumvent the legal troubles Napster was plagued by because it was, effectively, an FTP search engine that worked by offering peer to peer downloads on a more boutique, specialized, and niche level than Napster. It seemed designed to be overlooked. Satellite, the app that was used to interface with Audiogalaxy, allowed you to access your downloaded files on any computer. It was called "place-shifting," and it worked much like the cloud works today. At the time, though, it was more or less non-functional for a kid like me, who had one shared family computer and an obsession with burning CDs. Still, Audiogalaxy was appealing for two very specific reasons: The app itself was uncluttered and targeted at hardcore music fans; logging on felt less like stepping into a creepy black market and more like communing with a bunch of music obsessives for a few hours each day. Where Limewire and Napster were great decaying skyscrapers, Audiogalaxy was a sturdy shack in the woods, with just enough space for everyone to feel safe.

It also had everything.

I primarily used Audiogalaxy to find music I could not find anywhere else: awkward rap from Newfoundland, lo-fi freestyles by underground rappers, grainy rips of out-of-print, cassette-only bonus tracks, poorly recorded albums that were only sold out of the trunk of a single car in a city I didn't live in... this was stuff I could read about on a message board, but would never be able to get on my own. Like so much of the early Internet, it was, through access and connection, solving a problem of communication and archiving we were only just realizing we had. Audiogalaxy's users were amassing musical archives in tandem, diverging based on affections and enthusiasm, following music rabbit holes into uncharted territory and developing personal taste without being overtly marketed to. The research was part of the experience, the hunt the satisfying payoff. It felt like a miracle.

In later years, Audiogalaxy, like Napster, would be plagued by lawsuits and a series of identity crises. By the time it tried to go legit, I'd abandoned it. When it was acquired by Dropbox, in 2012, it was a digital artifact, occasionally trotted out in conversation as a way of identifying people who were like me.

The day that I interviewed El-P turned into an evening. We went to Winnie's, a dingy, karaoke bar in Chinatown. El-P was surprised by my embarrassingly deep knowledge of underground rap and wanted to keep talking. I can't remember if I mentioned that the reason I knew so much was because of the music I'd been able to track down on Audiogalaxy. I don't think I did. My relationship to the program felt too personal. It was a private way of indulging in obsessive collecting and cataloguing. A weirdly solitary experience shared by everyone who used it. For a little while, it was the purest form of Internet-based music fandom that could have existed. Of course it couldn't last forever.

Sam Hockley-Smith is a writer and editor based in Los Angeles. His work can be found in The Fader, The New York Times Magazine, Pitchfork, New York Magazine and more.