Accessibility links
Remembering The Bottled Lightning Of 'Music Tumblr' For a brief moment, Tumblr played host to a tight-knit, but open-minded, community of music lovers who were thinking and writing deeply about music and its place in the world. 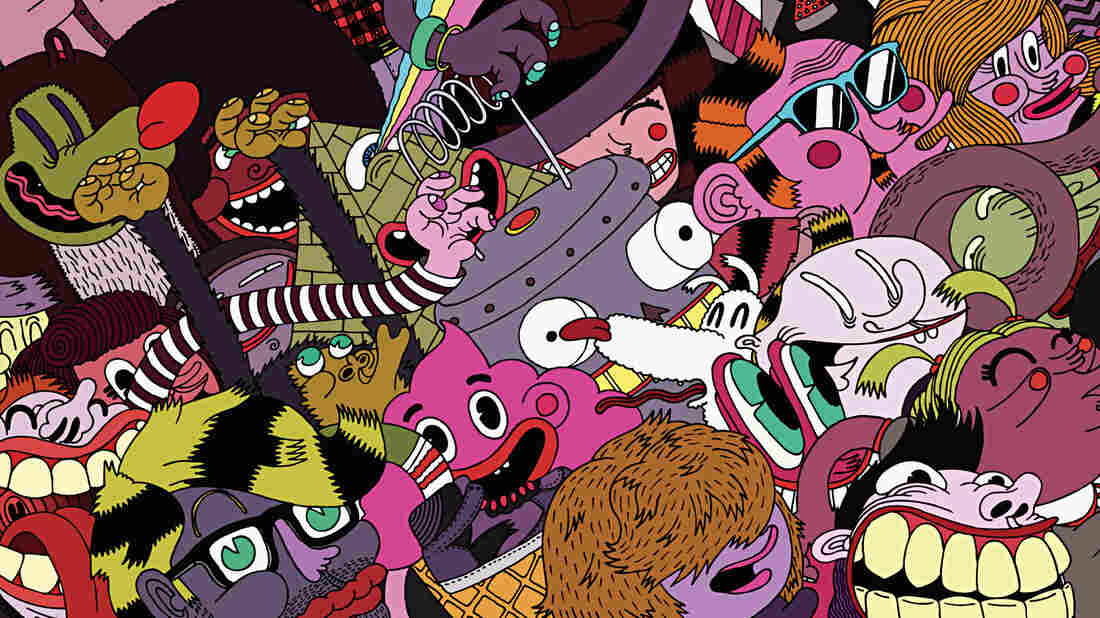 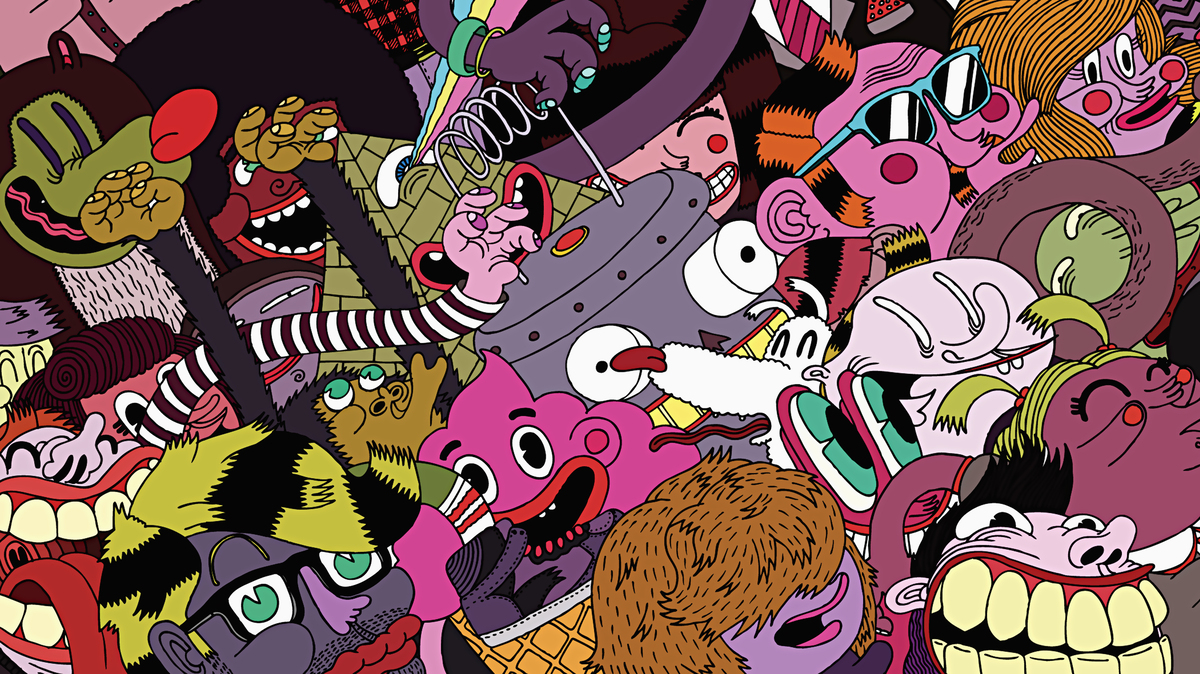 The story of fandom is the story of community. You can — and do, more often than not — experience music alone, but if what you're listening to moves you, eventually you're going to want to talk to someone about it. You'll want to share with them what you're hearing and how that connects with what you are feeling, and you'll want to understand if the music works for them in a similar way, and why, or why not. This is why people write about music. If you've ever typed a thought about music, even a text to a friend, you know exactly what I mean.

Computers have long been a powerful tool for furthering music communities. The WELL --The "Whole Earth 'Lectronic Link," started in 1985 — was one of the earliest online communities, and though it wasn't designed for discussing music, it became a great place to share information about the Grateful Dead. But digital platforms, at least so far, always have a lifespan. They compete for attention with new apps and websites and new forms of media — and if the number of active users drops below a certain level, they lose their viability. Thinking about how that happens, I'm reminded of two quotes usually attributed to Yogi Berra: "Nobody goes there anymore, it's too crowded," for when a community is too big and impersonal, and "If people don't want to come out to the ballpark, nobody's gonna stop 'em," for when it starts to die.

At some point in 2008, Tumblr, a social media platform that was growing in popularity, began to nurture a loose, informal, but very active community devoted to music in general and music writing in particular. We called it Music Tumblr, the same way people now mention Music Twitter or Politics Twitter or NBA Twitter. The site had only launched the year before, and was at first difficult to explain. I heard about it from my friend Marc, who described it as kind of like blogging, but not exactly. The company itself billed it as a "micro-blogging platform," but that was pretty vague.

I didn't join the platform until late in 2009, and at first I followed my friend Marc and listened in on some of the conversations he was involved with. But very quickly, Tumblr became a kind of obsession to me — and, unlike any social media experience I've had since, the obsession didn't feel additive or destructive. I was obsessed because I couldn't believe how much interesting discussion around music and culture was happening. It energized me and gave me ideas.

The people I was following on Tumblr did the usual social media actions like share videos, post songs and comment on each others' posts, but there was something about the platform's position in culture that encouraged people to let their guard down and stretch out.

So you could log onto your dashboard and see a smart dissection of Vampire Weekend and whiteness early in their career, or a meditation on what record reviews should accomplish, or what it means to be a feminist and love misogynist art. There were posts about whether music was in fact slipping into retromania and the meaning of Lana Del Rey and whether poptimism was a legitimate lens through which to view music. Once in a while, sure, you'd also see something like a photo of Chewbacca posing with a record collection — it was still the Internet, after all. But ideas were at least as exciting as memes, and something about the relative youth of those on Tumblr made the discourse that much more exciting. Many people were approaching these issues for the first time, and grappling without the expected assumptions.

So much energy put into social media is devoted to figuring out how to protect yourself, to the point where you often feel like you don't have much left to share. On Tumblr, at least the part I was seeing, people were developing and presenting ideas with a certain amount of abandon. The outside world was there, and everyone's Tumblr could be viewed by anyone else who might stumble upon it, but there was also a sense that you were doing your thing off in a corner somewhere, and you weren't going to regret it later.

Like Livejournal a few years earlier, and print zines a few years before that, Tumblr was a place where serious young writers could practice their craft away from the glare of the spotlight when they were still figuring things out. Most of the people I followed on Music Tumblr had either written for money or wanted to. More seasoned writers looked at it as a place to relax and have fun, not having to worry about news pegs and deadlines. There was a great deal of writing talent gathered together in this loose network, and many of the younger writers I first read on Tumblr have gone on to careers as highly respected editors and critics. (A few of them I commissioned to write for Pitchfork, where I was working as an editor at the time.)

Music Tumblr was a very tiny sliver of what was going on with Tumblr in general — we're ultimately talking about a few hundred people — but for a moment, the structure of the platform seemed to reinforce perfectly the creation of a specific kind of community, and from my perspective it seemed to point to a networked future to look forward to. The interface made it incredibly easy to post, share, and respond; you could follow the back-and-forth as posts were reblogged and see arguments unfold. You could also, if you like, be reasonably anonymous, which was not a disqualifier. I followed accounts for several years without knowing who the person behind them was. Sometimes the only thing I had was their writing, and it was enough.

And then, little by little, the community started to break apart. In some cases, prolific Tumblr writers landed paid work and didn't have time to contribute. And then there were the other platforms. Twitter continued to grow in popularity, especially among writers, and some of the conversation moved there. Then there was Medium (launched by a Twitter co-founder), which marketed itself as a writer's platform and became a more common destination for the kinds of essays Music Tumblr had become known for. Finally, Yahoo! bought Tumblr in 2013 and, even though its features didn't change appreciably, it started to seem like just another corporate website. One of the people I followed put together an Oral History of Music Tumblr to memorialize it after it was all over.

In some ways, we were naïve. When Music Tumblr was humming, few people stopped to think that what we were really doing was providing free content to a large company that was trying to figure out how to turn that content into money. Just about everyone I can think of from the Music Tumblr days is now on Twitter, and just about all of them seem miserable there. You go to Twitter expecting the worst, and it rarely disappoints. As crazy as it sounds now, for a short while, in this time and place, social media seemed like a good idea. But there's always hope.

Mark Richardson is the rock and pop music critic for the Wall Street Journal and the former editor-in-chief of Pitchfork — and he still posts to Tumblr a couple times a year.