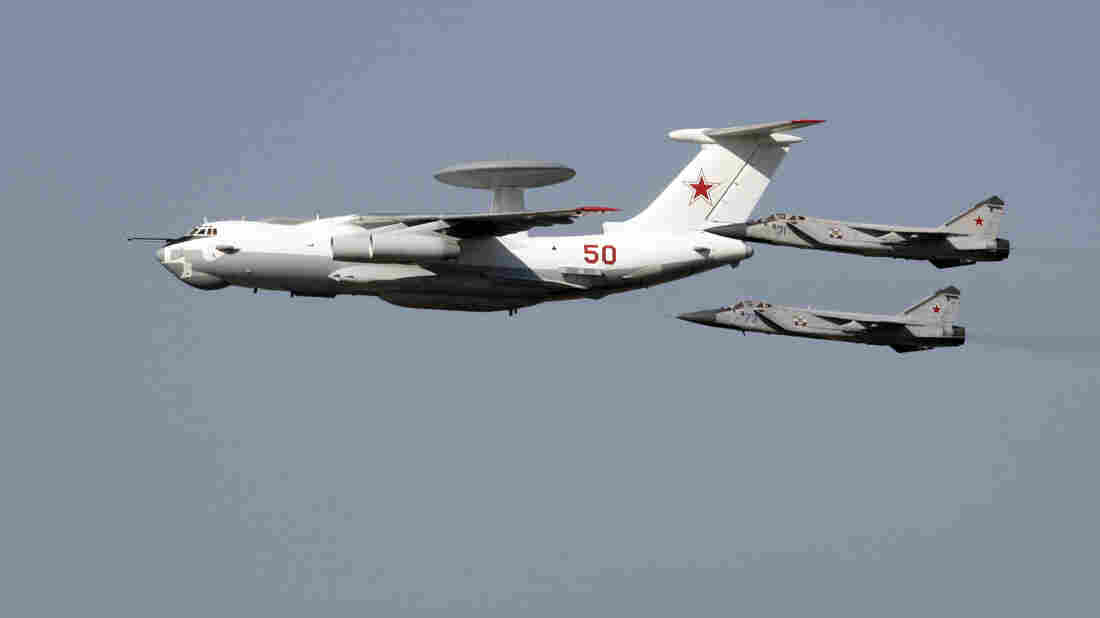 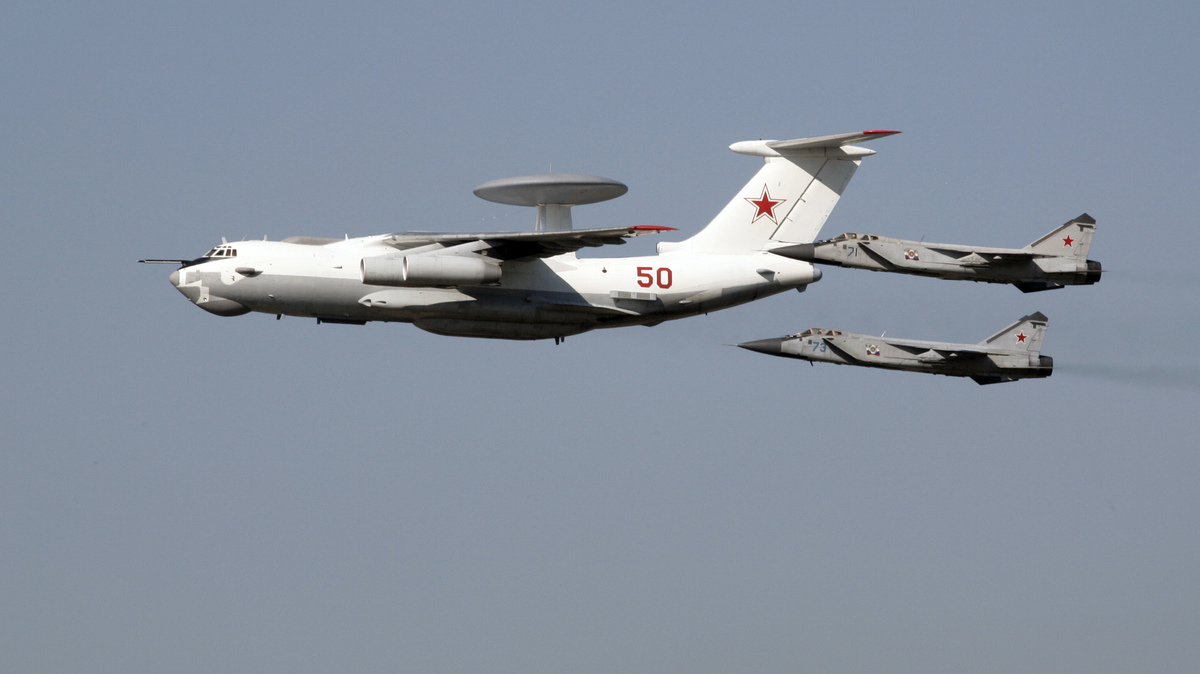 South Korea says it fired hundreds of warning shots at a Russian military aircraft after it entered its territorial airspace. The incursion would be the first between the two countries in recent history.

The encounter took place Tuesday, as Russia and China were conducting a joint air patrol in the Asia Pacific. South Korea says aircraft from both of those countries entered its air defense identification zone over a chain of disputed islands in the East Sea (also known as the Sea of Japan).

South Korea says a Russian A-50 command and control aircraft intruded twice, prompting it to fire more than 300 warning shots. Russia says it was flying over neutral waters, and that South Korean jets dangerously intercepted their planes.

Peter Layton, a former Royal Australian Air Force pilot and analyst at the Griffith Asia Institute, called the military confrontation "extraordinary" and "a very serious matter" in an interview with NPR.

Japan also says the Russian A-50 intruded into their airspace, prompting it to send up fighter jets as a response. The incidents occurred over two small islands claimed by both South Korea and Japan, known as Dokdo to the Koreans, and Takeshima to the Japanese.

Layton says China and Russia's coordinated move may have been an effort to collect intelligence. "I assume that one of the reasons was that ... they were hoping that the South Koreans and Japanese would launch some of their fighter jets to intercept some the bombers, and so the A-50 could collect intelligence information on the launch of those aircraft, and how that intercept was carried out," Layton said.

Jonathan B. Miller, a senior fellow at the Japan Institute of International Affairs in Tokyo, says the move may have been an effort by Russia and China to weaken the U.S.' network of allies in the Asia Pacific.

"This was done over the Dokdo Takeshima, which was also a disputed territorial claim between Japan and South Korea, who are both U.S. allies," Miller said.

"So that has made this even more confusing, with South Korea being the one who fired on the Russian jets warning signals, and then Japan lodging protests that South Korea shouldn't be firing, because it's Japan's territory," Miller said. "That is an important point also, because that shows that if this was an orchestrated move by the Russians and Chinese, it has kind of been done to sort of sow discord between two key U.S. allies," Miller said.

While Russia and China have different interests, Miller said, "One thing that they do kind of converge on is weakening U.S. posture in the region, and U.S. alliances in the region."

Relations between South Korea and Japan were already deteriorating before Tuesday's military patrol. The two countries are embroiled in trade and territorial disputes, NPR's Michael Sullivan recently reported, and they're still reckoning with "lingering anger" from World War II, when Japan occupied South Korea. As Sullivan reported, those fraying ties could have profound security implications for the alliance between the U.S., Japan and South Korea, and their ability to meet challenges presented by countries like Russia or China.

Carl Schuster, former director of operations at the U.S. Pacific Command's Joint Intelligence Center, says that the coordinated air patrol between Russia and China could be an effort to send a message about their growing ties and strength in the region.

"The strategic challenge to [the U.S.] position in the western Pacific is growing. That's a signal they both might want to send," Schuster said. "There's a wide variety of factors to suggest that that is the timing, and the purpose. From our perspective though, we look at it and say, Russia can be a power in Europe...China can be a power in Asia...If they are working together, we've got a bigger strategic problem."

U.S. National Security Advisor John Bolton arrived in South Korea on Tuesday, where he is meeting with South Korean officials. The AP reports Bolton is calling for close consultation between Washington and Seoul to deal with similar incidents in the future.