Accessibility links
Laura Lippman's 'Lady In The Lake' Is Based On Real Baltimore Disappearances In 1969, an 11-year-old white girl and a young, African American woman disappeared and died in Baltimore. The two cases were treated very differently by the media — and inspired Lippman's new novel. 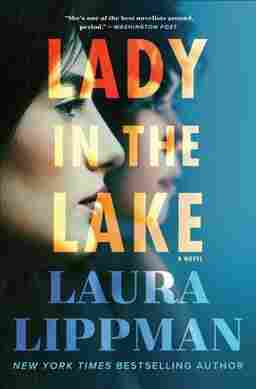 Lady in the Lake

Novelist Laura Lippman doesn't say her stories are "ripped from the headlines" — she says they're "inspired by crimes." Inspiration for Lippman's latest crime novel, Lady in the Lake, came from two real-life disappearances in 1960s Baltimore — one a girl, one a young woman, one white, one black. "When I decided to write a novel set in the '60s, I very much wanted to look at these two different deaths, and how differently they had been portrayed in media," she says.

In real life, the deaths were unrelated, but in the book, Lippman ties them together through her protagonist Maddie Schwartz — a beautiful, bored, 37-year-old housewife who decides one day to leave her husband and become a crime reporter.

"I set out simply to write a novel about a woman who wanted to matter — who had these sort of restless, shapeless ambitions and needed to find a place to put them. ..." Lippman explains. "The world in the mid-1960s was filled with women who were thinking, 'I'm not done. This can't be it. I think I would like to do something more with my life.' "

On the two Baltimore cases that inspired the story

In 1969, an 11-year-old girl named Esther Lebowitz disappeared, and her body was found a few days later. ... This was in the newspaper at the time and it fascinated me because I was only 10. I don't think I even knew that children could be murder victims before that case.

The other case involved the disappearance of a woman named Shirley Parker, whose body was found in the fountain in the lake at the zoo, and was found only because someone wrote the helpline column asking why the lights were off in the fountain at the zoo. She had been missing for months. The cause of her death could not be determined because of the condition of her body at the time it was found.

Until I went to work at The Baltimore Sun, I never heard about it. Her disappearance was not covered in the daily paper. And when her body was found, it was a story that appeared once or twice and then quickly disappeared.

On mixing fact and fiction

Once I've decided that a real-life crime is going to be my inspiration, I do no more research about it. Because I don't really want to know about that crime. I've been drawn to it because of some sort of thematic possibility. ... It's like, this is the story I want to tell, so I can't be weighed down by what's true.

But I really do find that the tiny details, when you're writing about a historical era, help it to come to life. I spent a lot of time looking at things that aren't central to the book at all. I watched a lot of Dean Martin variety shows on YouTube. I like to look at magazines and study the ads because I feel like ads show us what people aspire to in the moment. ... I read the recipes in The New York Times, and thought about: What would Maddie be looking at? What would she be seeing? What would be of interest to her?

In 2017, I didn't know how to write about the present. I don't think I was alone in that. It felt to me as if everyone I knew in 2017 was constantly rushing between laptop, or tablet, or phone, and the television, and reporting the latest headline. ... I thought, "I just don't know how to write about this era." Since then, I've read some very fine novels that have sort of shown me the way. But at the time, I felt like it was impossible. So I knew I needed to go into the past. ...

I wanted to write about '66. I decided after looking into it that it was kind of one of the forgotten years of the '60s. People think a lot about '63 — obviously because of the Kennedy assassination, and then there's '68 with the assassinations of Dr. Martin Luther King Jr. and Robert Kennedy, and then people talk a lot about '69. And '66 I think, is seen as sort of this not important year, but I think I found it pretty seminal. To me, it seemed like the hinge between the start of the decade and the end of the decade.

On Maddie being "incurious"

She's moving like a heat seeking missile through a city that's teeming with great human interest stories, and she's only interested in one of them. ... At the end of the book, we see Maddie a little bit older, a little bit wiser, and we see her reflect that she's come to realize that no matter who she was writing about, she was always writing about herself.

There is a lot of ethical turmoil about being someone who writes books inspired by real-life crimes, real-life tragedies. ... I'm trying to be as ethical as I can ... I'm trying to do the right thing. But that doesn't necessarily make it so, does it?

That's my great fear. There is a real meta quality to Maddie. There is a lot of ethical turmoil about being someone who writes books inspired by real-life crimes, real-life tragedies. And I like to think that I'm a little more introspective about it than Maddie, that I'm trying to be as ethical as I can, that I'm trying to do the right thing. But that doesn't necessarily make it so, does it?

On working larger issues — about race, income inequality, religion — into her crime novels

If you write a great story that compels people to turn the pages ... dayenu: it would have been enough. But why not have more to it if you can? ...

To me, that's the goal every time I sit down to write a crime novel: to see if I can work across those levels. To say, "This is a great story, and I hope if you're paying attention, that I've provided something more than just a great story."

Rob Hiaasen [assistant editor at The Capital] was one of my best friends at The Baltimore Sun. We sat about three feet from each other. The day I sold my first book, he was the first person who knew about it. And we shared, along with our colleague Lisa Pollak, a very definite sensibility about what kind of journalists we wanted to be. We really liked to write about very quotidian things, ordinary things. We liked to go out and find the story that no one else in the newsroom wanted to write. ...

I happen to believe that Rob and his four colleagues were very much victims of a coarsened rhetoric aimed at the media in this country. I know that people want to point to the timeline and say that the man who is accused in the shooting had a beef against the newspaper that went far back beyond the term "fake news" and other taunts that have been made — but I believe words matter. I can't do what I do and not think that. I believe that rhetoric matters, and I do believe, in a sense, that Rob and his four colleagues were victims of a terrorist. They were victims in this increasing war against media.

I left newspapers almost 20 years ago. And I love being a novelist, but I am so proud to have been a newspaper reporter. I am so proud of my friends who are still at it, and still working in a really tough climate, and doing amazing, amazing work.

Aubri Juhasz and Sarah Handel produced and edited this interview for broadcast. Beth Novey adapted it for the Web.