Accessibility links
Nissan Is Cutting 12,500 Jobs; Latest Sign Of Trouble For The Auto Industry Battered by a drop in sales and profits, Nissan plans cuts around the world — including more than 1,400 jobs in the United States. It's the latest sign of tumultuous times for the car industry. 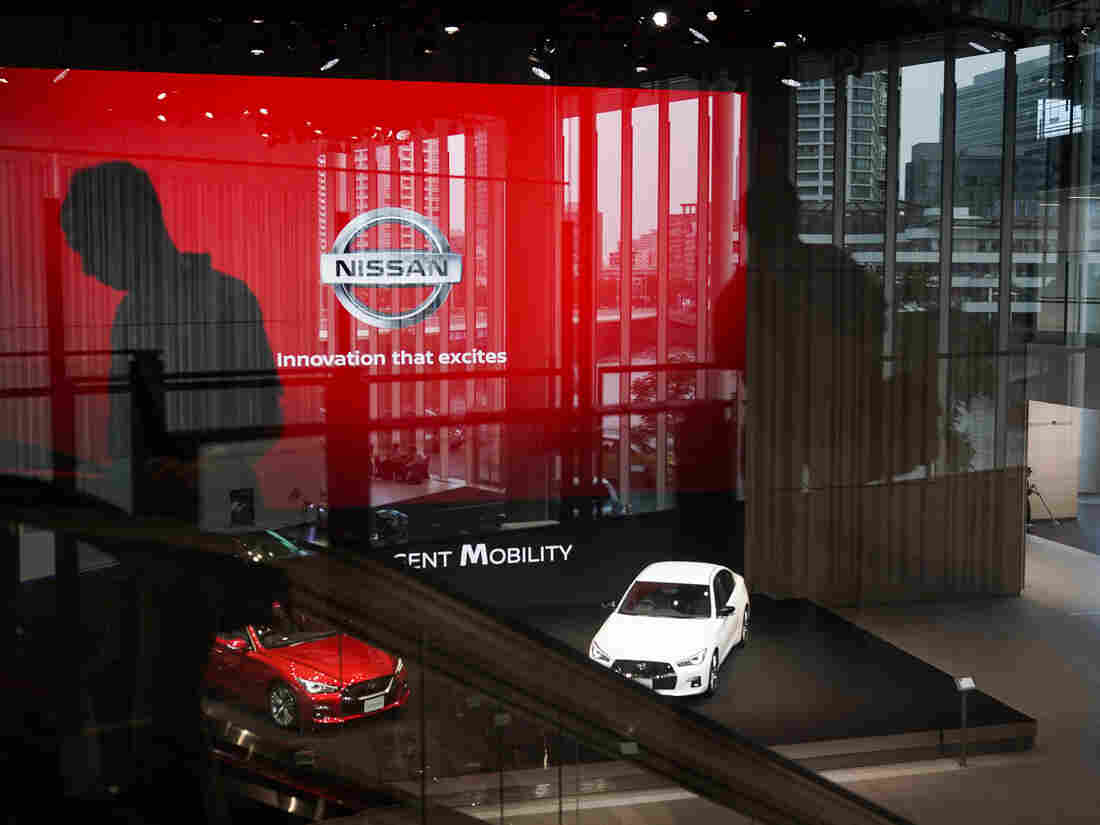 Nissan announced that it will cut 12,500 jobs globally to reduce costs after a big drop in profits in the first quarter. Jae C. Hong/AP hide caption 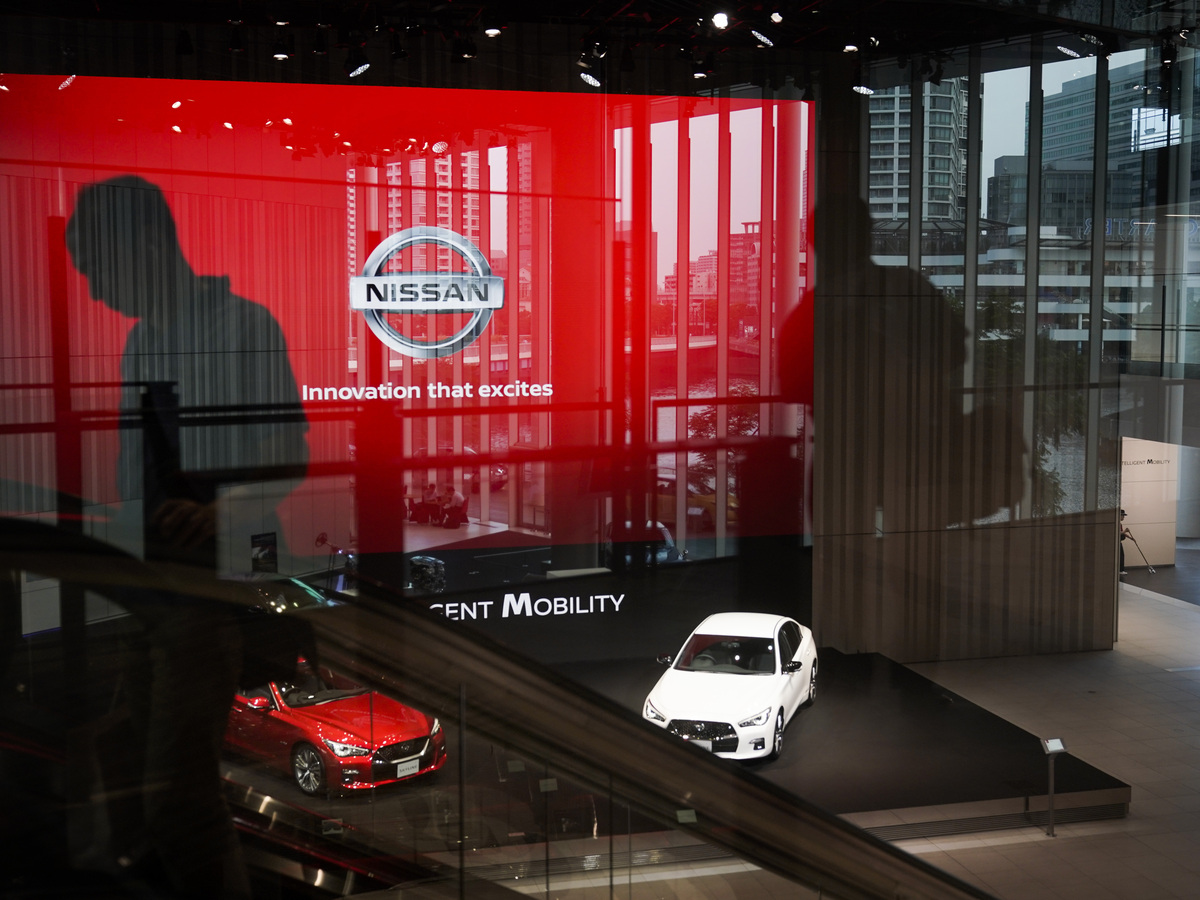 Nissan announced that it will cut 12,500 jobs globally to reduce costs after a big drop in profits in the first quarter.

Battered by a drop in sales and dive in profits, Nissan says it plans to cut 12,500 jobs around the world — including more than 1,400 in the United States — after posting a big drop in profits for the first quarter.

The cuts — due to come over the next four years — are the latest sign of tumultuous times for the car industry as automakers scramble to retool their factories to focus on electric vehicles and driverless technology.

On top of industrywide pressures, Nissan has been facing turmoil as its former chairman and CEO, Carlos Ghosn, was charged with corruption. His ouster raised uncertainty over the Japanese automaker's partnership with French automaker Renault, which Ghosn engineered. And just last month, a proposed merger between Renault and Fiat Chrysler Automobiles collapsed.

Auto plant workers will face the brunt of Nissan's layoffs. Nissan employs a total 15,700 people at four U.S. assembly plants in Tennessee and Mississippi. The company said it plans to cut more than 1,420 jobs in the U.S. over the next year.

In January, Nissan started offering buyouts of up to $125,000 to some employees in Tennessee and laid off 381 contract workers in Mississippi in March.

Over the next year, Nissan expects to cut more than 6,400 jobs in seven countries. More than 6,100 jobs are expected to be cut in other locations around the world in fiscal years 2020 and 2022.

Nissan has faced declines across the board. The company's net income plunged 94.5% and sales fell worldwide, except for a slight increase in China. Nissan said its 12.7% drop in revenues came amid a global sales decline for the auto industry.

Nissan plans a 10% cut in both global production capacity and the size of its product lineup by 2022.

"While some of these initiatives are already underway, the company expects that substantial improvements in its performance will take time," Nissan said in a press release.

Nissan said it will focus on integrating new technologies, like drivers assistance and electric batteries, into its new models. The company is also partnering with Waymo, a Google spinoff, to explore bringing driverless ride-hailing services to Japan and France.

Nissan is the latest automaker to scale back. Last year, General Motors, the largest auto manufacturer in the U.S., announced plans to lay off nearly 15,000 workers in North America. In May, Ford said it would slash 10% of jobs by August, laying off 7,000 workers worldwide.