Accessibility links
Federal Government To Resume Capital Punishment After Nearly 20-Year Hiatus "The Justice Department upholds the rule of law — and we owe it to the victims and their families to carry forward the sentence imposed by our justice system," Attorney General William Barr said. 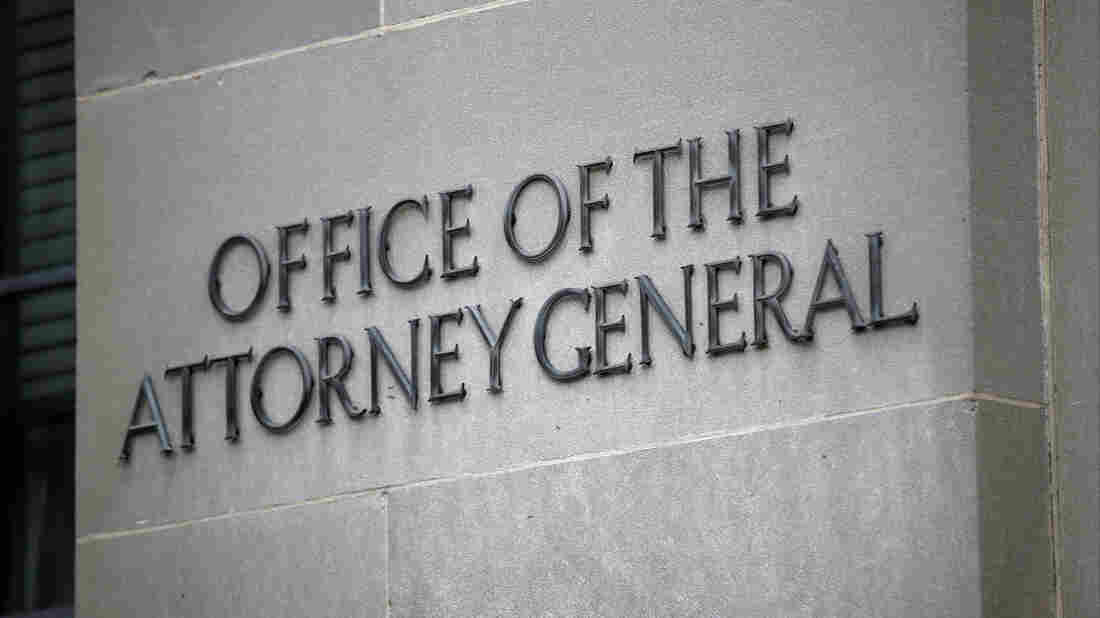 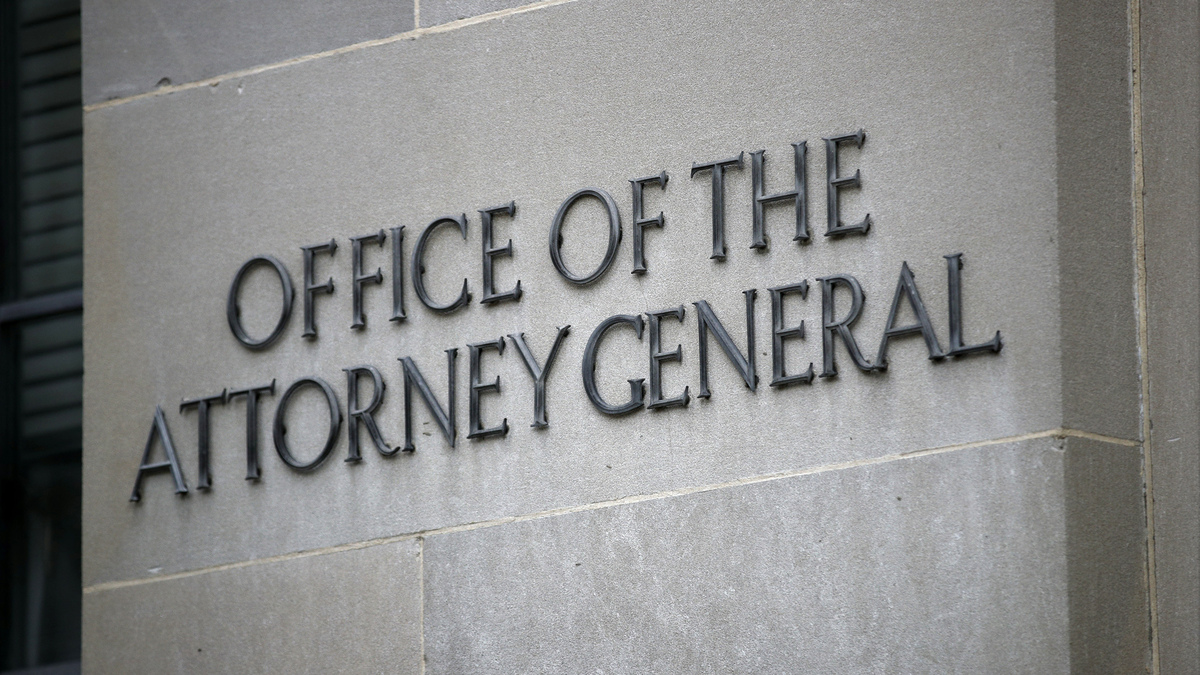 The U.S. government is poised to carry out the death penalty for the first time in nearly two decades, the Justice Department announced Thursday.

U.S. Attorney General William Barr has instructed the Federal Bureau of Prisons to change the federal execution protocol to include capital punishment, the Justice Department said.

Barr also asked the prisons bureau to schedule the executions of five inmates who have been found guilty of murder. According to the DOJ, the victims in each case included children and the elderly. In some of the cases, the convicted murderers also tortured and raped their victims.

"The Justice Department upholds the rule of law — and we owe it to the victims and their families to carry forward the sentence imposed by our justice system," Barr said in a statement.

The U.S. government's use of capital punishment has long been scrutinized on the grounds of racial fairness. In 1972, the Supreme Court's Furman v. Georgia ruling largely put an end to federal executions, after the court found that blacks were far more likely to be executed than whites.

In 1988, Congress passed the Anti-Drug Abuse Act, which effectively reinstated the federal death penalty for a small number of crimes. Six years later, another federal law widened the number of offenses that were eligible.

Still, executions of federal death row inmates have been very rare. The Death Penalty Information Center says there have been three such executions between 1988 and 2018. Those inmates included Timothy McVeigh, whose attack on an Oklahoma City federal building killed 168 people. He was put to death in 2001.

In 2014, President Barack Obama ordered a review of the death penalty after a botched execution in Oklahoma. But The Associated Press quotes the Justice Department as saying, "That review has been completed and the executions can continue."

The federal execution protocol had previously used a three-drug cocktail; the DOJ says that it will now use just one drug, pentobarbital.

As NPR justice correspondent Carrie Johnson reports, one reason the U.S. federal government has not carried out an execution since 2003 was because of problems obtaining the previous three-drug protocol. "There have been shortages for at least one of those drugs," she says, and that scarcity has made it difficult for the federal system to actually carry out death sentence.

Barr says federal courts have upheld using pentobarbital alone in execution as consistent with the Eighth Amendment, which prohibits cruel and unusual punishment. Other combinations of drugs have faced significant legal challenges.

The first of the federal executions is scheduled to take place on Dec. 9. Daniel Lewis Lee was found guilty of murdering three members of a family, including an 8-year-old child. According to the DOJ, Lee is a member of a white supremacist group, and he was convicted by a jury at a federal court in Arkansas in 1999.

Lee's lawyer Morris Moon said in an email to NPR that Lee's conviction was based on unreliable evidence and said that executing him "would be a grave injustice."

Other prominent federal death-row prisoners include Dylann Roof, who killed nine people in a Charleston, S.C., church shooting, and Dzhokhar Tsarnaev, one of the Boston Marathon bombers who was found guilty of actions that killed two people. They are not among the five inmates with scheduled executions.

The federal government's decision runs counter to a downward trend in capital punishment seen in many states across the country.

In the past 10 years, at least five states — New Mexico, Illinois, Connecticut, Maryland and New Hampshire — have abolished the death penalty, according to the National Conference of State Legislatures. And in March, California Gov. Gavin Newsom put an executive moratorium on his state's death penalty.

At the same time, DPIC executive director Robert Dunham told NPR, the death penalty remains strong in some U.S. states. "And the question with the federal government was going to be was it going to follow the path of the rest of the country, or was it going to start acting like an outlier as we see in some of the some of the counties and states that more aggressively pursue the death penalty. And it looks as though the federal government is going to become an outlier," he said.

Dunham added that in order to actually carry out an execution, the federal government needs to go through a rule-making process. And he is also expecting the change to see legal challenges.

Dunham said he's skeptical the process will be complete on the day of Lee's scheduled execution in December. Lee's and the other cases were selected, Dunham suggests, because "they thought they would sell well to the public as a way of trying to pressure the legal process."

Capital punishment has also been criticized because of the risk that the justice system may erroneously convict and punish someone who's innocent.

"Since 1973, more than 160 people who had been wrongly convicted and sentenced to death in the U.S. have been exonerated," according to the Death Penalty Information Center.