Accessibility links
Filmmaker Aviva Kempner : Bullseye with Jesse Thorn Baseball week at Bullseye continues with filmmaker Aviva Kempner. She'll talk to us about her documentary The Spy Behind Home Plate. The film follows the life of catcher-turned-World War II spy Moe Berg, quite possibly the smartest man to play baseball. Moe played baseball back in the era of Babe Ruth and Lou Gehrig, learned Sanskrit at the Sorbonne, and took some of the earliest known photos of Tokyo. 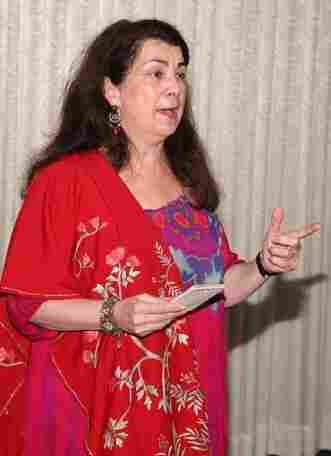 Baseball week at Bullseye continues with filmmaker Aviva Kempner. Dubbed "The Jewish Spike Lee," Kempner is a prolific documentarian who has dedicated her career to spotlighting underappreciated Jewish-American heroes. Her father was a Holocaust survivor and Jewish immigrant who faced the challenges of assimilating into American culture in the 20th century as did many other immigrants. He was a big fan of baseball and went to games regularly which was a huge influence on her. Kempner's most well-known film to-date is The Life and Times of Hank Greenberg which profiled the great Detroit Tigers first baseman. Greenberg famously sat out a game during the 1934 pennant race in order to observe the Jewish holiday of Yom Kippur. It was a pretty important game.

Her latest film is The Spy Behind Home Plate. The documentary follows the life of Moe Berg. Moe played baseball back in the 1920's and 30's back in the era of Babe Ruth and Lou Gehrig. Even though he's not a household name like those guys, he's maybe a million times more interesting.

Known as 'the brainiest man in baseball.' He studied Sanskrit at the Sorbonne in Paris. Learned to speak Japanese in two weeks. And once he left baseball, he became a spy during World War II. Kempner talks to Bullseye about Moe's life and the limits and challenges he faced both within and outside of the league.

The Spy Behind Home Plate is out now across the country in limited release.