Accessibility links
American Teen Detained By Immigration Officials For Nearly A Month, Released "He said the conditions were horrible, inhumane. And he was about to sign a deportation order ... even though he was born here," Francisco Galicia's lawyer told NPR. 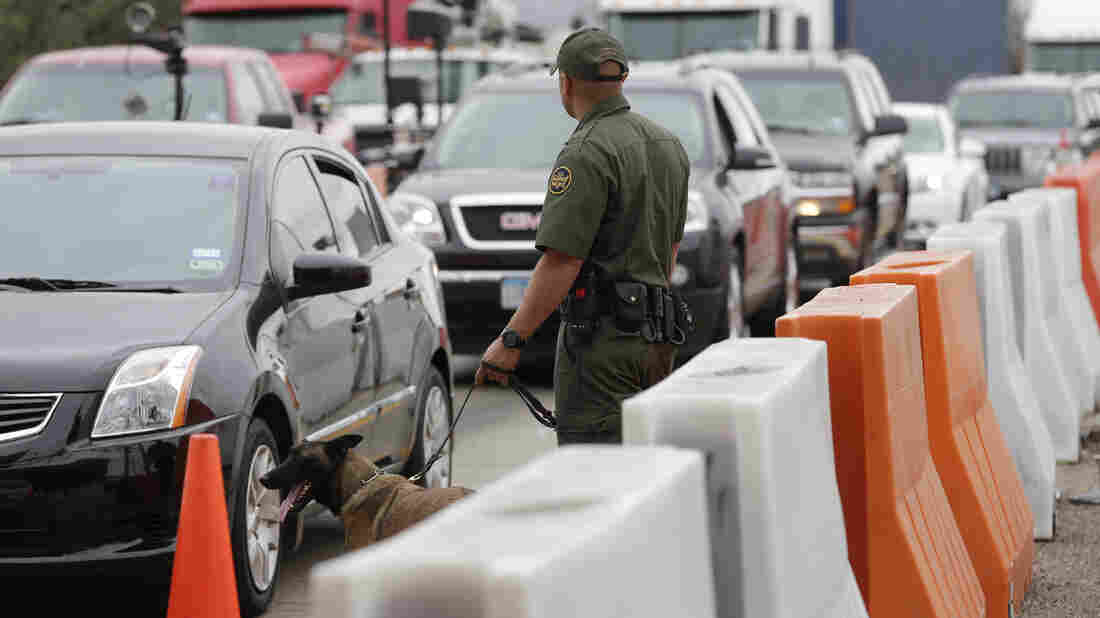 A Border Patrol agent keeps watch at a checkpoint station in Falfurrias, Texas, where a group of high school students were stopped in late June. Eric Gay/AP hide caption 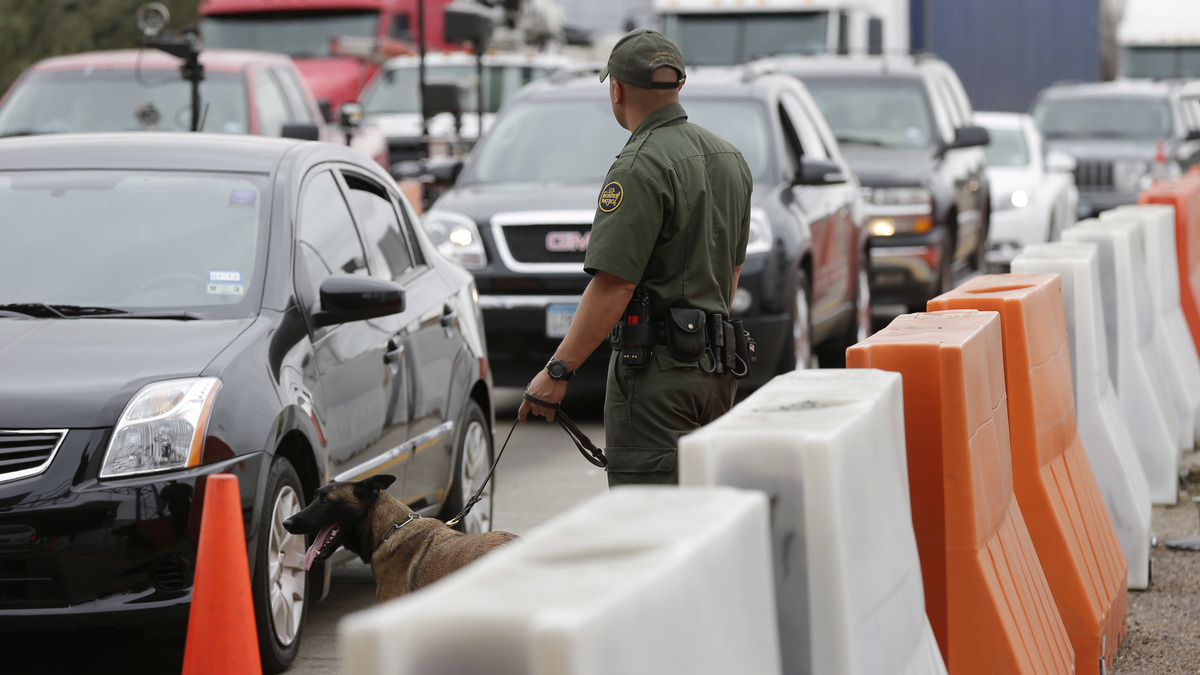 A Border Patrol agent keeps watch at a checkpoint station in Falfurrias, Texas, where a group of high school students were stopped in late June.

He thought this might be his big chance. He would get spotted by a coach, offered a soccer scholarship and instantly be college-bound. Instead, Francisco Erwin Galicia, a U.S. citizen, was picked up by Border Patrol officers, processed into detention and held for 26 days.

"It nearly broke him," Galicia's lawyer, Claudia Galan told NPR. "He said the conditions were horrible, inhumane. And he was about to sign a deportation order ... even though he was born here."

Galicia, 18, was in a van with his brother Marlon and three other high school friends on June 27. They were on their way to Houston for a recruitment event when they were stopped at a Border Patrol checkpoint in Falfurrias, Texas — about 50 miles from home and within the corridor of the Rio Grande Valley Border Patrol Sector.

Officials wanted to know their legal status. Their answers varied.

Two of them were immediately cleared, but Galicia's 17-year-old brother and another boy were in the country illegally. They were detained.

When officials questioned Galicia, he told them he was born in Dallas. He also produced a Texas ID, a Social Security card and a copy of a wallet-sized birth certificate.

"But for some reason, that wasn't enough for them," Galan said, noting that the only girl in the group was released without having any documents on her at the time.

Galan and the two boys were held in Falfurrias for a night, then transferred to a U.S. Customs and Border Protection facility.

Over the next few weeks, Galicia said, he was kept filthy, hungry and in a constant state of anxiety. He was placed in a crowded room with about 60 other men and one open toilet. He was denied access to a shower for more than three weeks, and he said he was fed one sandwich three times a day. His lawyer estimates he lost about 20 pounds.

"Most of the time he was asleep so he wouldn't feel hungry," Galan said. Additionally, Galicia said, he was constantly harassed by officers trying to coerce him into signing a deportation order. And each time he asked to make a phone call to his mother to let her know where he was, "the officers told him that he had no right to an attorney while he was in Border Patrol custody and no right to make a phone call," she added.

Meanwhile, Marlon Galicia agreed to self-deport after two days. Although he is a minor, his mother was not informed. He is now living in Tamaulipas, Mexico, with his grandmother.

For more than two weeks, their mother, Sanjuana Galicia, tried unsuccessfully to secure her older son's release. Finally, she hired Galan, who says that on July 12, she drove to the Rio Grande Border Patrol station with a copy of Galicia's full birth certificate, hospital birth records, his Texas Medicaid card and a student ID. Still, CBP officials said they could not release Galicia.

According to Galan, eight days later, Galicia was transferred to the U.S. Immigration and Customs Enforcement detention center in Pearsall, given an "alien number," and removal proceedings were initiated.

She explained confusion over Galicia's nationality stemmed from a tourist visa issued when he was a child and the fact that his mother used an assumed name on Francisco's birth certificate.

"After he was born, they went back to Mexico and she couldn't fix the birth certificate," Galan said. So, in order to travel back and forth as a family, she obtained a tourist visa for her U.S.-born son, claiming he had been born in Mexico.

"However," she said, "[CBP] has access to a database where they can check that Francisco was born here in the U.S. It shouldn't have been a problem. They shouldn't have kept him for 26 days just to confirm that he was a natural born citizen."

In a joint statement, ICE and CBP officials defended their thoroughness.

"Generally, situations including conflicting reports from the individual and multiple birth certificates can, and should, take more time to verify," the emailed statement said.

"While we continue to research the facts of the situation, this individual has been released from ICE custody. Both CBP and ICE are committed to the fair treatment of migrants in our custody and continue to take appropriate steps to verify all facts of this situation."

Galicia was released on July 23.

Galan noted Galicia's prolonged detention and near-deportation comes on the heels of a move by the Trump administration to expand fast-track deportation regulations to include the removal of undocumented immigrants who cannot prove they have been in the U.S. continuously for two years or more.

She said, Galicia's case demonstrates the dangers of imbuing CBP officers with the power to decide who is in the country legally and who is not. "It's outrageous," Galan said.

She plans to file a civil lawsuit against the government for what she believes was Francisco Galicia's wrongful detention. She's also trying to reverse Marlon's voluntary removal.

"Border Patrol should not have allowed [Marlon], a minor, to sign for his own deportation so I am looking into bringing him back," she said.