Accessibility links
A Kinder, Gentler Wave Of Reality Television Is Out To Spark Joy It's a genre historically known for screaming matches and backstabbing competition. But lately, the shows at its forefront — say, Queer Eye or Marie Kondo — feature a lot more generosity of spirit. 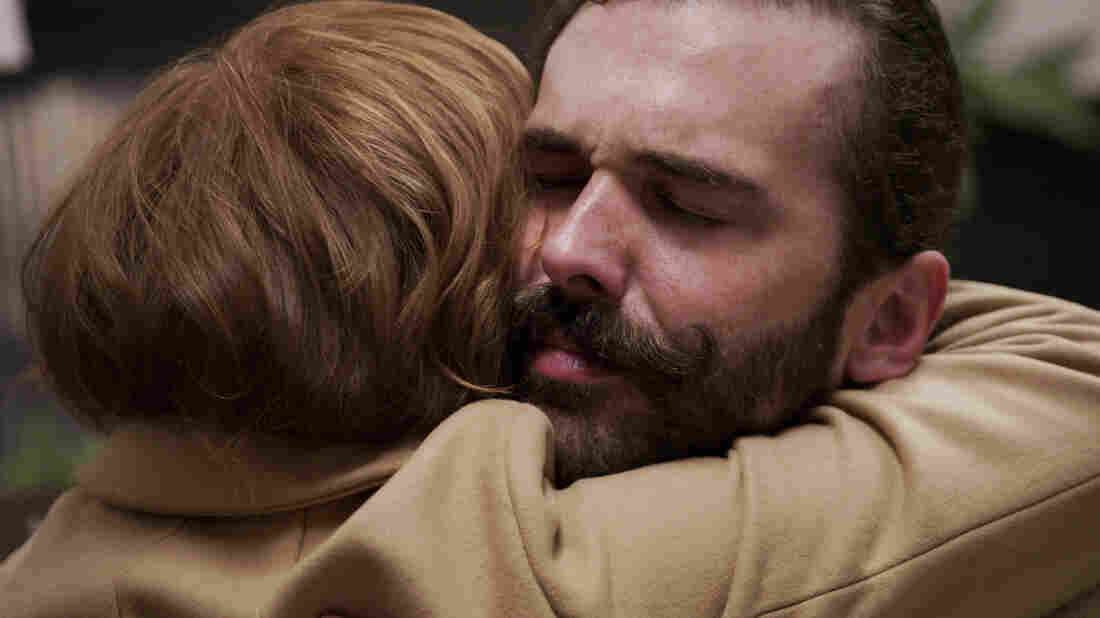 Jonathan Van Ness embraces a participant on Season 4 of Queer Eye. Following the success of the reboot, Netflix has made kindness a key element of its unscripted and competition programming. Netflix hide caption 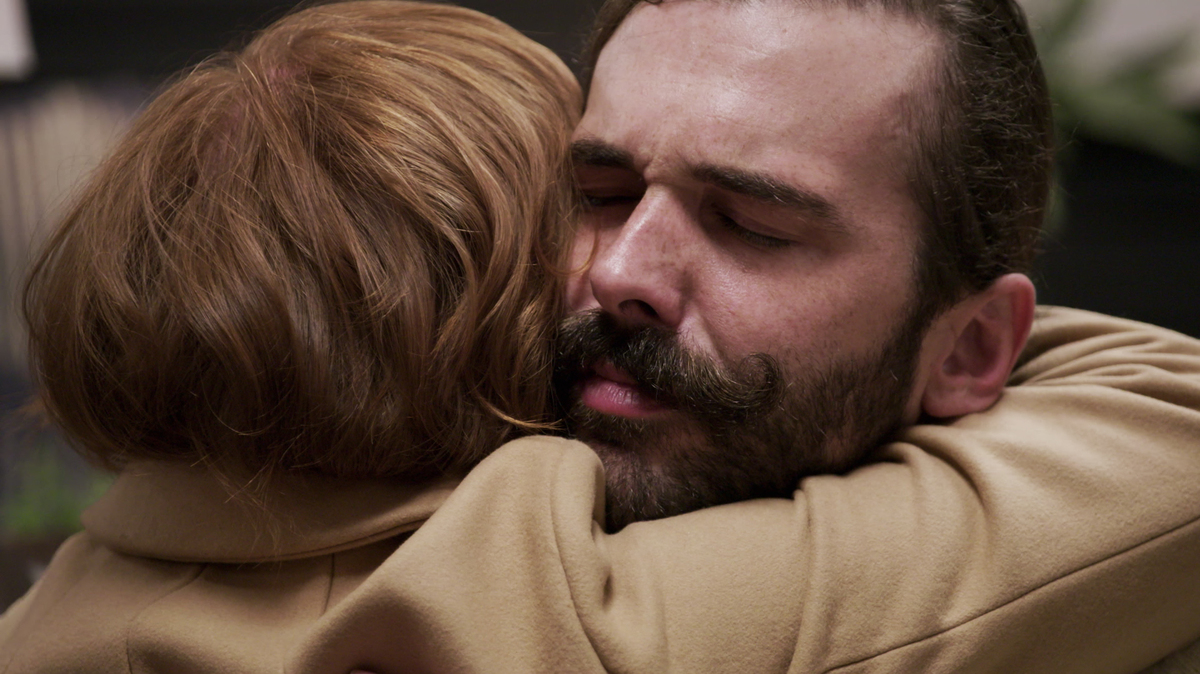 Jonathan Van Ness embraces a participant on Season 4 of Queer Eye. Following the success of the reboot, Netflix has made kindness a key element of its unscripted and competition programming.

It's a genre known for screaming matches, hot-tub hookups and contestants who are there to win, not to make friends. But as of late, reality television has taken a kinder, gentler turn.

Fire up Netflix and you'll see sweet-natured shows such as Queer Eye, which kicked off its fourth season with a public school teacher getting an enthusiastic makeover, and a slew of food programs where people are lovely to each other. Think The Great British Baking Show, Sugar Rush, Street Food and Nailed It!, where contestants giggle with the hosts about their haplessness in decorating cakes.

The Bun Also Rises: Why We Love 'The Great British Baking Show'

Netflix's dating show, Dating Around, is practically humiliation-free. And in the hit series Tidying Up with Marie Kondo, the Japanese organizing guru gently guides Americans into discarding stuff that doesn't "spark joy."

"We say 'spark joy' now for everything," says Brandon Riegg, the Netflix vice president in charge of unscripted series.

Riegg says Netflix has made heartwarming reality shows central to its brand, though that wasn't always the plan. The success of Queer Eye and Nailed It! convinced Netflix to double down on reality shows featuring people being kind to each other, he says. (Of course, because Netflix does not release audience numbers, we don't precisely know how successful those shows are.)

"In the beginning, it wasn't an intentional strategy," Riegg says. "When we decided to get into original unscripted programming, it was really a blank slate."

It should be noted that not all of Netflix's reality programming can be described as sweet. Its game show Flinch doesn't disguise its nasty streak, and Netflix recently took heat over its upcoming Prank Encounters, where people working in short-term jobs are subject to hidden-camera pranks. (Netflix says the show, hosted by a teenage star of the sci-fi hit series Stranger Things, is "spooky, supernatural and over-the-top, and everyone had a great time.")

Still, the burgeoning trend of positive reality programming has spread across the industry, according to Riegg.

"Everyone's noticing that viewers are more drawn to that, that there's an appetite for that," he says, pointing to Fox's The Masked Singer and NBC's Songland. NBC is also the home of the notoriously nice crafting show Making It, and the network may have helped to start this trend years ago, with weight-loss program The Biggest Loser, along with ABC's Extreme Makeover: Home Edition (which Riegg helped to develop).

"As a critic and fan of reality TV, I love it," says Andy Dehnart, creator of the website Reality Blurred. "It makes it a lot easier to watch, to write about and just enjoy."

Dehnart points out these shows appeal to advertisers and to families looking for shows to watch together. Sunny reality shows may provide something of a counterbalance to the deeply dark scripted shows dominating TV of late: The Walking Dead, Game of Thrones, Chernobyl, The Handmaid's Tale, Killing Eve, Ozark, Better Call Saul, Succession and so on.

Of late, reality shows are providing a much-needed break from people being rotten to each other, says Tara Long, president of unscripted TV for Entertainment One, which produces such reality shows as Growing Up Hip Hop, LadyGang and Siesta Key.

"We actually have production meetings where we say we don't want fighting," she says. It's a profound shift from the days when the genre relied on people flipping tables for drama. "Ten years ago, you'd need that in every episode to build up to your final act."

I asked Long if people who make reality television might be trying to change the cultural conversation after 20 years of toxic reality shows that helped — in part — elect a former reality show star to the U.S. presidency.

"A hundred percent," she says, without hesitation. "I think we want to create this content and tell these stories to kind of course-correct for some of the type of shows that have been done in the past."