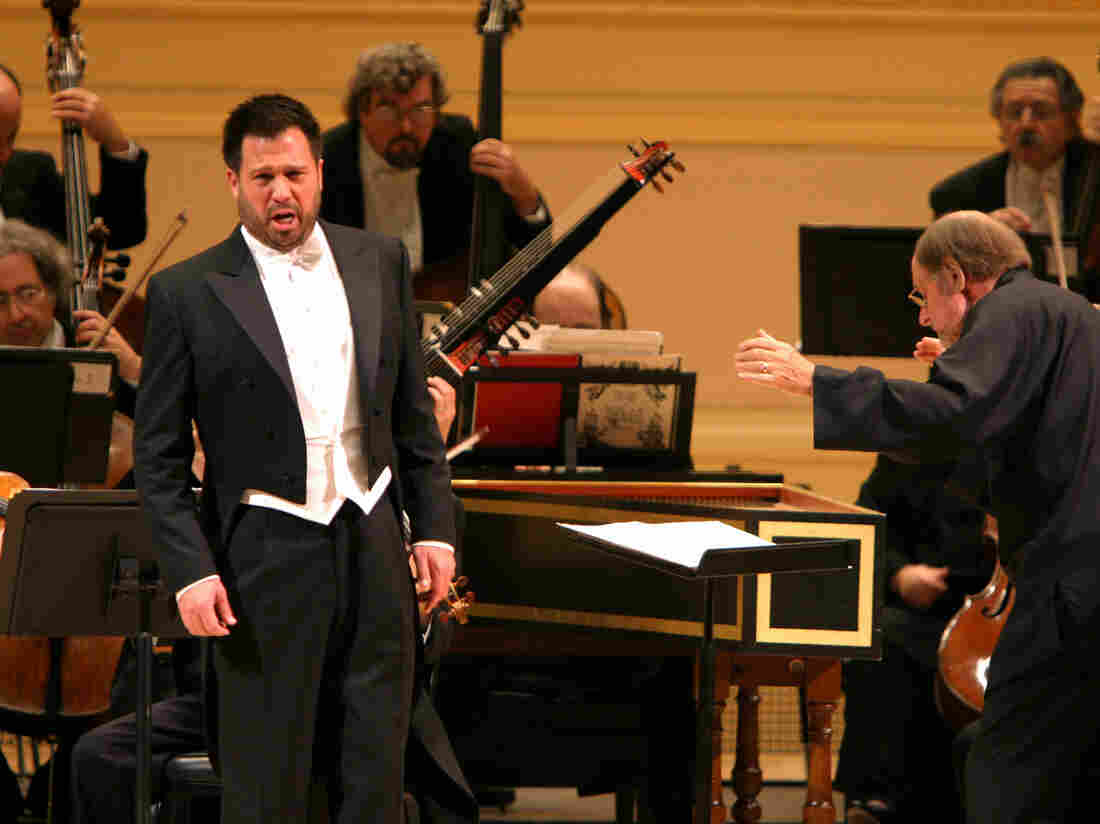 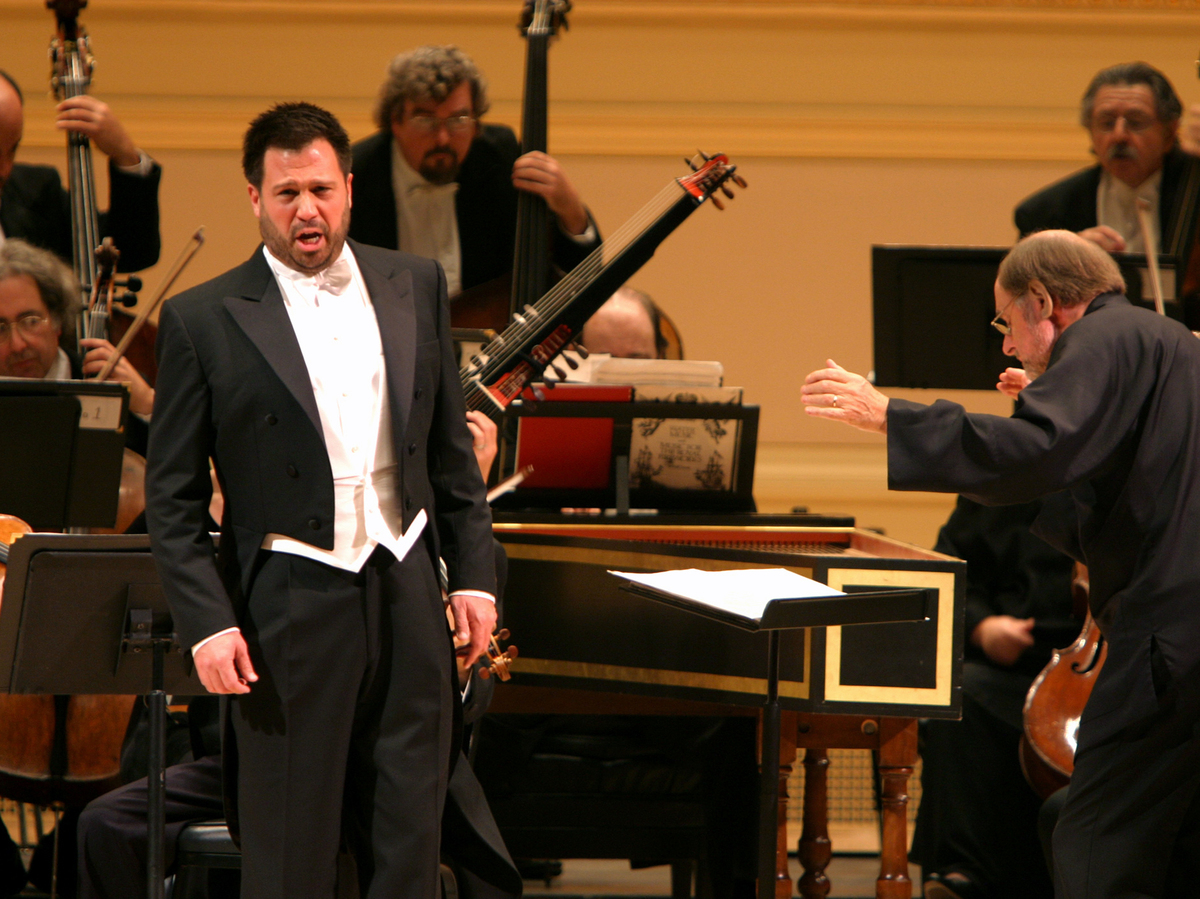 Opera star David Daniels has been indicted in Texas on a felony charge of sexual assault.

A grand jury indicted Daniels in Harris County District Court on July 25. Also indicted on the same charge is Daniels' husband, William Walters, who goes by the name Scott. In Texas, sexual assault of an adult is a Class 2 felony; if convicted, Daniels and Walter could face between two and 20 years in prison.

The 53-year-old Daniels was, until last year, one of the world's most highly sought-after opera singers, performing as a countertenor. He has sung on many of the world's best-known classical stages, from the Metropolitan Opera in New York to Moscow's Bolshoi Theatre. In addition, Daniels joined the faculty of the University of Michigan (UM) in 2015, and taught at its well-regarded performing arts school.

Last August, a baritone singer named Samuel Schultz came forward to accuse Daniels and Walters of having drugged and raped him in May 2010. Schultz alleges that the incident took place after a closing-night party for a production that Daniels was starring in at the Houston Grand Opera. In January, Daniels and Walters were arrested for sexual assault in Ann Arbor, Mich.

Both Daniels and Walters have denied the allegations. In a statement sent to NPR on July 30, the couple's lawyer, Matt Hennessey, commented: "David Daniels and Scott Walters are innocent. Nine years ago, they had consensual sex with Sam Schultz after the three men attended several parties together. When the last party ended, Mr. Schultz drove himself to Mr. Daniels' and Mr. Walters' apartment at 3:20 a.m. because he wanted to be with them. Mr. Schultz leaves this important fact out every time he tells his story."

In a statement to NPR on July 26, Schultz said: "I am tremendously grateful to the law enforcement agencies and the prosecutors for their dedication and hard work. I was afraid to come forward, yet by doing so I've found a shared strength that is more powerful than the dehumanizing tactics of those for whom the truth is inconvenient and who wish for silence. I look forward to seeing justice be served."

Two months after Schultz came forward, another accuser, Andrew Lipian, filed a civil suit in Michigan against Daniels and the University of Michigan, saying that Daniels drugged and assaulted him in March 2017 while he was a graduate student. Daniels was dismissed without prejudice as a defendant in that suit in February. Lipian's case against the university is currently proceeding through federal district court in the Eastern District of Michigan.

The University of Michigan placed Daniels on leave last August. On July 19, a university spokesperson told NPR that UM had "initiated the process to dismiss" Daniels in April of this year. Daniels was paid over $191,000 by UM in 2018, according to the school's annual salary disclosure reports, which are published each November. (In 2017, he received over $174,000 from the university.)

Earlier this month, the Michigan news site MLive reported that a "handful" of witnesses in the Lipian case say that they spoke to UM's Office of Institutional Equity (OIE, the department which investigates sexual misconduct on campus), asserting that they either were aware of, or had themselves experienced, alleged sexual misconduct by Daniels. However, the university's records are being shielded from public view in this lawsuit, and it is unclear when those witnesses spoke to the OIE.

But a motion filed on July 3 by Lipian's attorney, which NPR has viewed, cites some of the statements made to the OIE. One witness alleged that Daniels made "so many inappropriate comments" over three years that "it is hard to think of specific examples," but that he made sexual jokes, commented on the sexual attractiveness of students and speculated on students' sexual orientation. Another student alleged that Daniels made sexually suggestive comments "on an almost a daily basis" and sent sex-related texts, and that many students regarded Daniels as "creepy."

By March 2018, MLive also reports, the university had additionally received anonymous complaints alleging that Daniels had propositioned two students over the Grindr app.

A pretrial hearing in the Texas case is scheduled to take place in Harris County District Court in Houston on Sept. 19.

A previous version of this article, using information provided by a spokesperson for the Houston Police Department, said that David Daniels and Scott Walters were arrested for sexual assault in Ann Arbor, Mich., and extradited to Texas. Daniels and Walters posted bail in Michigan and were released from custody.

We also said that Daniels, along with the University of Michigan, was a defendant in the civil suit filed by Andrew Lipian in October 2018. In February, Daniels was dismissed without prejudice as a party in that suit; there are currently no civil claims against him.