Accessibility links
Justice Department Approves T-Mobile-Sprint Merger A deal years in the making is getting federal regulatory approval to move forward. The $26 billion merger is subject to court approval, and state attorneys general are seeking to block the deal. 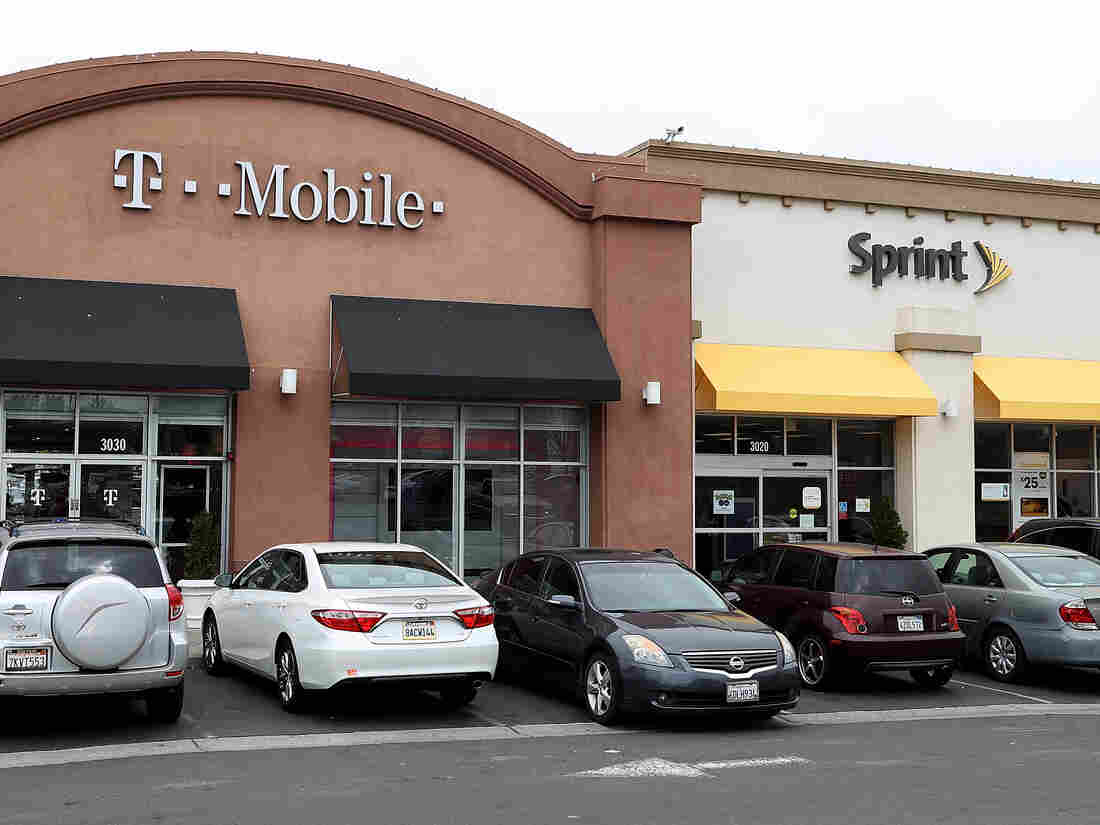 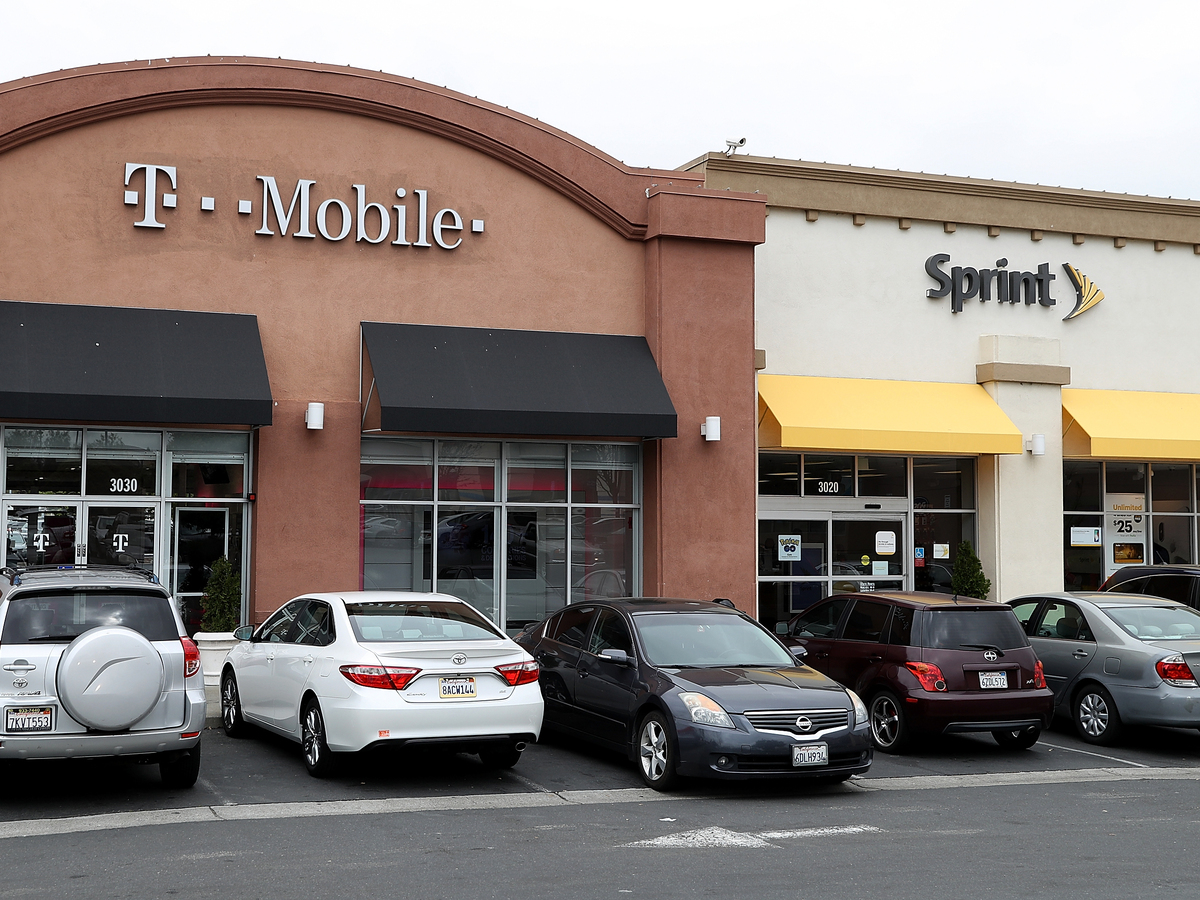 T-Mobile and Sprint stores in El Cerrito, Calif. The Department of Justice approved the $26 billion merger of the two wireless carriers.

The Department of Justice on Friday gave its approval for T-Mobile and Sprint to merge, in what has been a protracted fight for the companies to finalize their $26 billion deal. The merger still faces a review by a federal district court, and consumer advocates worry the industry consolidation will lead to higher rates.

The resulting company, which would be known as T-Mobile, would be the third-largest U.S. wireless carrier, with about 90 million customers. In pushing for the deal, executives of the companies said the combined entity would invest more heavily to bring superfast Internet connectivity, or 5G, to market quicker.

Assistant Attorney General Makan Delrahim, of the Justice Department's antitrust division, said the combination of Sprint and T-Mobile "creates real pro-competitive efficiencies" by accelerating the rollout of 5G. That will especially help people in rural areas who have limited access to high-speed Internet, he said.

In order to clear the final federal regulatory hurdle, the companies had to agree to sell off some assets to Dish Network, including wireless spectrum and Sprint's prepaid phone business, Boost Mobile. That would effectively make Dish the country's fourth-largest wireless carrier, although it would continue to rely on T-Mobile for use of its network.

And the new company must "make available to Dish at least 20,000 cell sites and hundreds of retail locations," the Justice Department said. It must also provide Dish access to the T-Mobile network for seven years while Dish builds its own 5G network.

Those concessions did not appease consumer advocates, who have said such a deal would raise wireless bills and make the industry less competitive.

"The concessions are not enough to make sure there's a strong, viable, fourth national competitor," said Gigi Sohn, a fellow at the Georgetown Institute for Technology Law and Policy.

In recent years, Sprint and T-Mobile yo-yoed around each other, trading off as the third- and fourth-largest telecom carriers.

Their merger would create a much larger third competitor to long-dominant Verizon and AT&T.

Together, Sprint and T-Mobile would become the second-largest telecom company by the number of phone customers, according to analyst Roger Entner at Recon Analytics. The combined company would be the third-largest by the measure of all wireless connections, including tablets and smart devices, Entner said.

Both T-Mobile and Sprint historically embraced more consumer-friendly policies, heavily promoting family plans, eliminating two-year contracts and allowing consumers to use the same device when switching networks. "T-Mobile was really the maverick in this space," Sohn says, but now it will be under pressure to compete with its higher-priced competitors.

T-Mobile and Sprint say they need to merge in order to stay competitive and have promised their combination would mean additional investments in rural wireless networks.

The companies first proposed a merger five years ago. The Federal Communications Commission tentatively endorsed the deal in May.

But the deal still faces another potential roadblock: Attorneys general of 13 states and the District of Columbia have sued to stop the deal, arguing it will increase consumer wireless costs by at least $4.5 billion a year.

NPR's Alina Selyukh and Ryan Lucas contributed to this report.