Accessibility links
Supreme Court Allows Trump To Build Border Wall With Military Funds Amid Lawsuit A lower court had initially frozen the $2.5 billion in defense funds Trump had sought to use amid his emergency declaration earlier this year. Now liberal groups are seeking an expedited hearing. 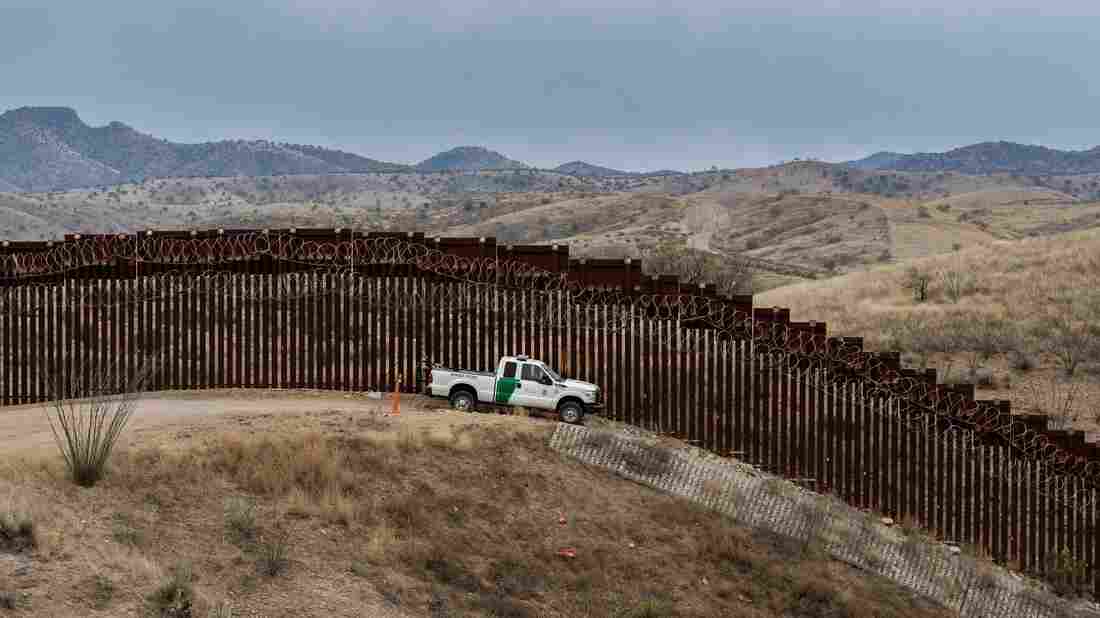 A Border Patrol officer guards the U.S.-Mexico border fence in Nogales, Ariz., in February. The Supreme Court on Friday said the Trump administration could continue with its plan to use military funds to build a wall along sections of the southern border. Ariana Drehsler/AFP/Getty Images hide caption 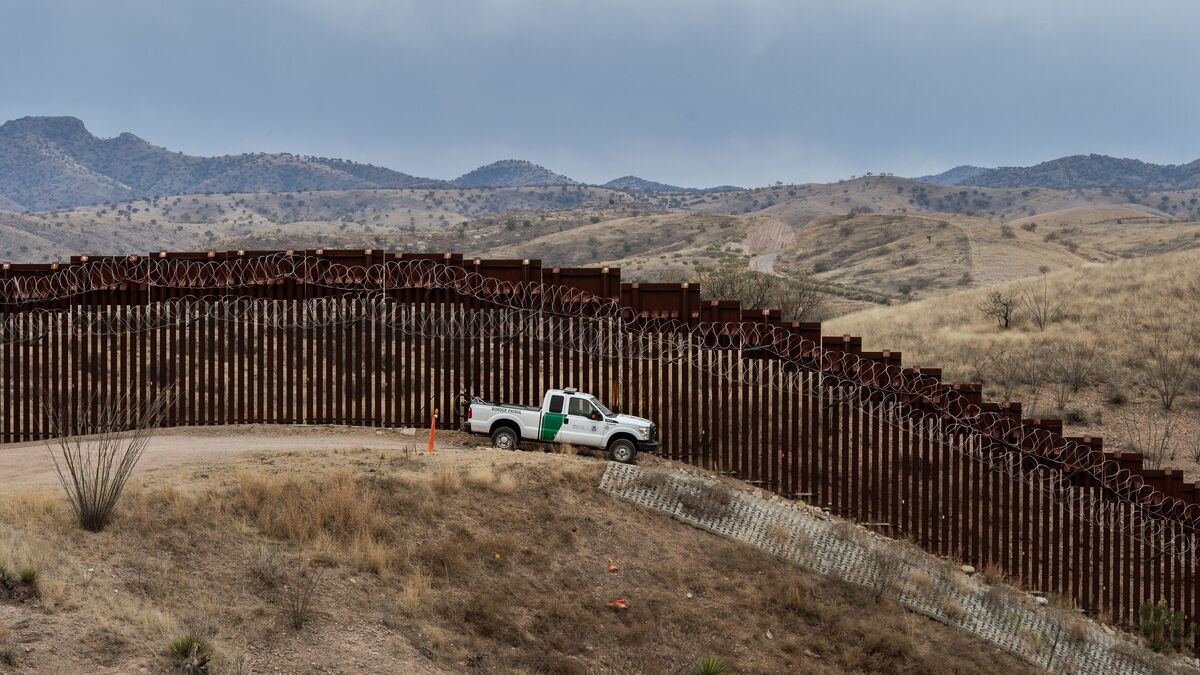 A Border Patrol officer guards the U.S.-Mexico border fence in Nogales, Ariz., in February. The Supreme Court on Friday said the Trump administration could continue with its plan to use military funds to build a wall along sections of the southern border.

The Supreme Court has allowed the Trump administration to use military funds to build sections of the president's desired border wall while litigation is ongoing.

A lower court had initially frozen the $2.5 billion in funds, and an appeals court had agreed. But the administration then asked the Supreme Court to review the freeze, and in a 5-4 decision the high court granted the stay late Friday evening.

That decision means the Pentagon funds can be tapped for now, so work can begin on four contracts that had already been awarded, which President Trump immediately tweeted was a major win for his signature campaign promise.

The justices split along ideological lines, with the four more liberal justices dissenting, though Justice Stephen Breyer said he would have allowed preparation for construction but no actual building of wall portions to begin.

The debate over the funding began earlier this year when Trump declared a national emergency along the country's southern border after Congress refused to appropriate enough money for him to build the massive structure along the U.S.-Mexico border, which Trump frequently touted he would do during the 2016 campaign if elected — though back then he proclaimed that Mexico would pay for it.

Almost a month ago, a federal judge ruled against Trump and sided with liberal groups who had brought the suit against his plans — one from the American Civil Liberties Union on behalf of the Sierra Club and the Southern Border Communities Coalition, while another was brought forth by California in conjunction with 19 other states. In an earlier ruling over the issue, U.S. District Judge Haywood Gilliam said the Trump administration's plans were "unlawful" and that such a re-appropriation of funds by the executive branch after a denial from the legislative branch "does not square with fundamental separation of powers principles dating back to the earliest days of our Republic."

Following the Supreme Court's stay on Friday, the ACLU said it will now try to expedite the hearing before the 9th Circuit Court of Appeals over the legality of Trump's actions.

"This is not over. We will be asking the federal appeals court to expedite the ongoing appeals proceeding to halt the irreversible and imminent damage from Trump's border wall," Dror Ladin, a staff attorney with the ACLU's National Security Project, said in a statement. "Border communities, the environment, and our Constitution's separation of powers will be permanently harmed should Trump get away with pillaging military funds for a xenophobic border wall Congress denied."

Department of Justice spokesperson Alexei Woltornist issued a statement saying, "We are pleased that the Supreme Court recognized that the lower courts should not have halted construction of walls on the southern border. We will continue to vigorously defend the Administration's efforts to protect our Nation."