Accessibility links
Ruth Bader Ginsburg On Missing Marty, The Love Of Her Life "I miss him every morning," the Supreme Court justice said of her late husband and booster, Marty, in an interview with NPR's Nina Totenberg. 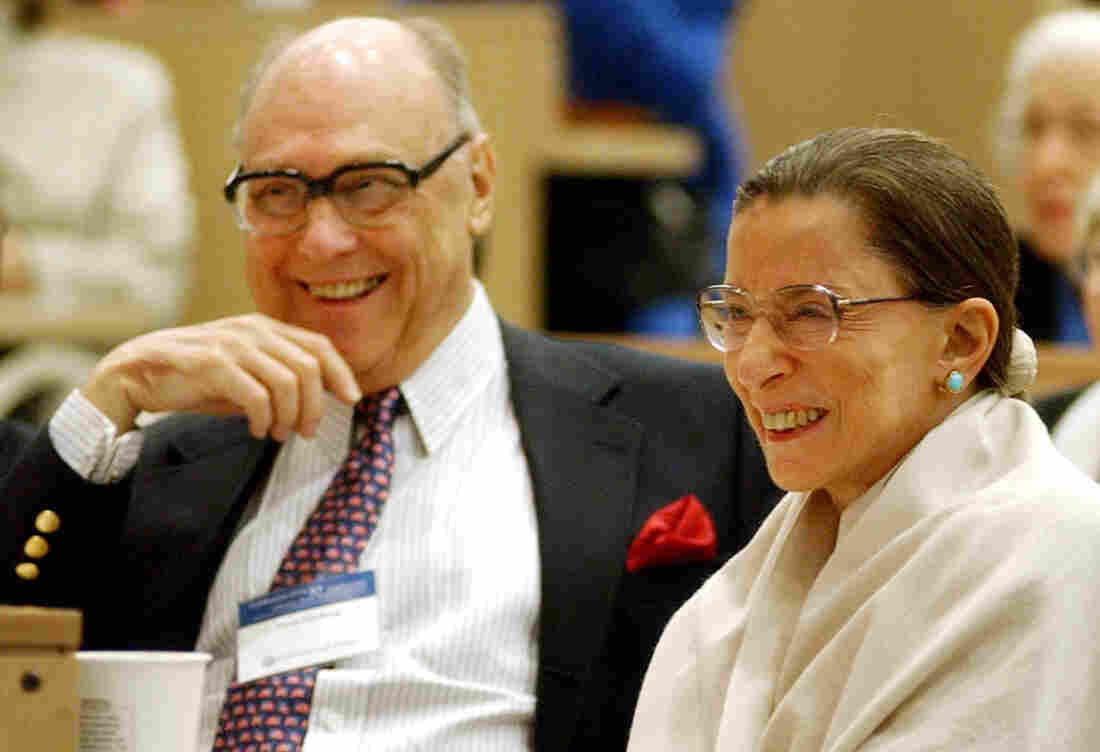 Justice Ruth Bader Ginsburg shares laugh with her husband, Martin, at an event at Columbia Law School in 2003. Martin Ginsburg, or "Marty," passed away in 2010. Ed Bailey/AP hide caption 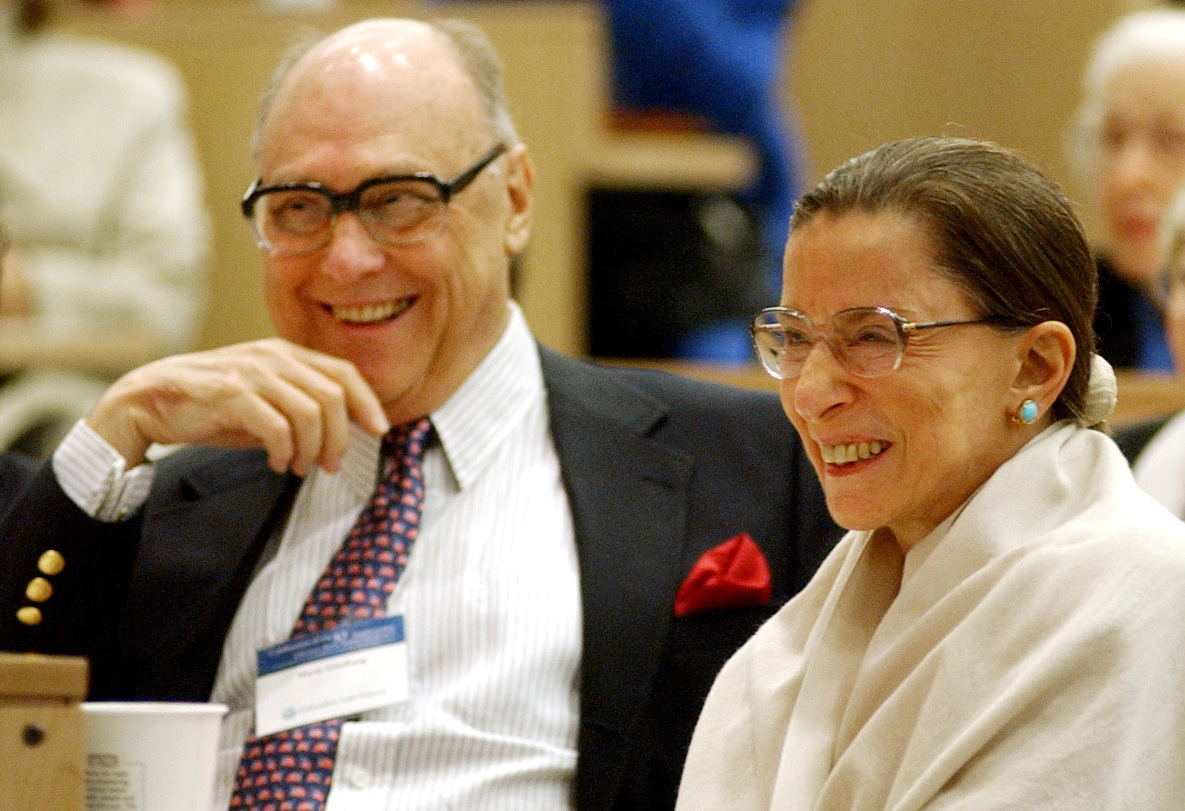 Justice Ruth Bader Ginsburg shares laugh with her husband, Martin, at an event at Columbia Law School in 2003. Martin Ginsburg, or "Marty," passed away in 2010.

Finding love is not easy.

But Supreme Court Justice Ruth Bader Ginsburg counts herself among the lucky ones.

She had an epic marriage to her late husband, Marty Ginsburg, that has been detailed in many places (here, here and here), including the RBG documentary.

But this past year tested Ginsburg in a new way without the love of her life. She was diagnosed with cancer for the third time in 20 years late last year, and it was the first time she has had to wage the fight without Marty.

"My first two cancer bouts — both colorectal cancer at Washington Hospital Center and pancreatic cancer at Sloan Kettering — Marty stayed with me," Ginsburg told NPR's Nina Totenberg in an interview on July 23. "He stayed with me in the hospital sleeping on an uncomfortable couch despite his bad back. And I knew that someone was there who really cared about me and would make sure that things didn't go wrong."

Throughout his life, Marty, who was one of the preeminent tax lawyers in the country, was a principal booster of his wife. He played a behind-the-scenes lobbying role, for example, in her eventual appointment to the Supreme Court. He was even the principal cook for his wife and children in an era when most men took a back seat on domestic duties, and no one seemed to relish Ruth's accomplishments more than Marty.

And he was always looking out for her, like that one time in the hospital when, without him there, Justice Ginsburg might have died.

"There was one day during [the] colon cancer bout when I was getting a blood transfusion, and Marty saw that something was very wrong," Ginsburg said, "and he immediately yanked the needle out of me. It turned out that there was a mismatch not in the type of blood but in some antigen. I might not have lived it if he hadn't been there."

He encouraged her to go to a physical therapist. That famous exercise regimen of hers might not have happened were it not for Marty.

"I didn't want to do it," Ginsburg said. "I was exhausted, and Marty said, 'You do it.' And he was quite insistent about that. So, to have his loving care and yet his determination that I do what was necessary to heal faster, it was hard to be alone."

When she was recovering from cancer twice before, Marty would cook for her, walk with her, read to her and make her laugh.

"Marty had a wonderful sense of humor, as you know," Ginsburg said.

Ginsburg is reminded of Marty every day, especially, she said, when the newspaper arrives.

"He was my clipping service with The New York Times and The [Washington] Post," she said. "I miss him every morning, because I have no one to go through the paper and pick out what I should read."

Now with him gone, Justice Ginsburg cherishes Marty's memory. But, to get by, she has dived into her work at the court.

"The work is really what saved me," she said, "because I had to concentrate on reading the brief doing a draft of an opinion, and I knew that had to get done. So I had to get past whatever my aches and pains were. Just do the job."

A previous version of this story incorrectly said Ruth Bader Ginsburg has multiple daughters. She has one daughter and one son.