Accessibility links
Zara's 2025 Sustainability Push Draws Skepticism Spanish retailer Zara pledges to use nearly all sustainable materials by 2025. But is it possible for a fast-fashion brand, that churns out 500 new designs per week, to truly be sustainable? 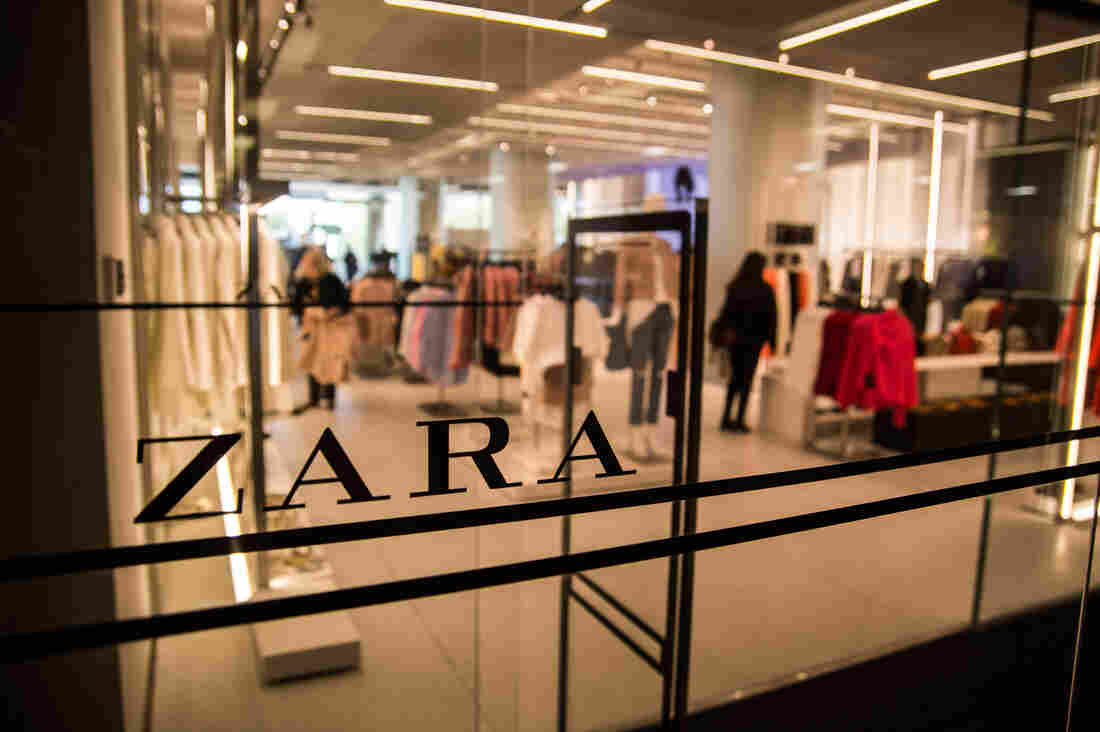 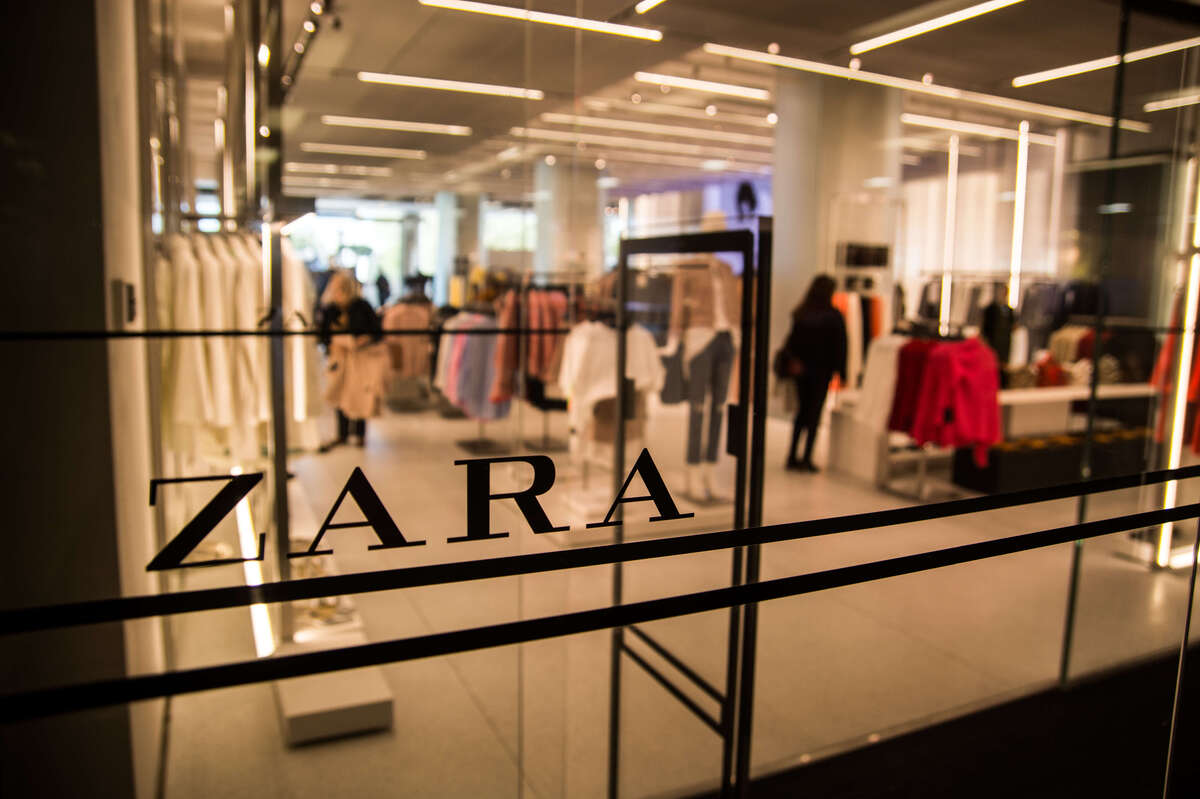 As a fashion brand, Zara has made a name for itself by democratizing the latest clothing styles for consumers at an affordable price. But the rapid pace of that trend-driven business model, known as "fast fashion," can come at high environmental and social costs.

The fast-fashion giant pledged that by 2025, all of its eight brands will only use cotton, linen and polyester that's organic, sustainable or recycled, which is 90% of the raw materials its uses. CEO and executive chairman Pablo Isla said that renewable sources will power 80% of the energy consumed by the conglomerate's distribution centers, offices and stores. It also plans to transition to zero landfill waste.

It's a significant step for a company that churns out 500 new designs per week, says Elizabeth L. Cline, the author of two books on the impact of fast fashion.

"What they're doing is they're sourcing materials that do have a better environmental profile," she says. "These are materials that use less water, less energy, less chemicals to produce."

Cline says the move sends a powerful message down the supply chain to manufacturers about being more green.

Still, Cline cautions that the announcement should be taken with a grain of salt, arguing that fast fashion and sustainability are inherently incompatible.

Cline says that even if Zara is using materials that are more ethically sourced or have a lower environmental impact, the vast majority of the carbon footprint of fashion comes from the manufacturers who supply brands with their materials. When a business is built on a fast turnover of styles, making those products still swallows a lot of energy, regardless of whether it's using organic cotton or selling products in more eco-efficient stores.

"The business model will have to change and evolve for them to operate sustainably," she says.

Agriculturally, growing cotton impacts soil health, carbon emissions and water consumption, says Mark Sumner, who lectures on fashion and sustainability at the University of Leeds in England. Polyester, a popular and cheap synthetic material in fast fashion, requires the oil industry's extraction and refinement of petroleum, processes known to fuel climate change. Then there's the energy-intensive processes of converting that raw material into wearable garments. Dying the fabric can also introduce harmful chemicals.

"When we add up all of those different impacts we then start to get to see a picture of those environmental issues associated with clothing," he says.

What Happens When Fashion Becomes Fast, Disposable And Cheap?

What complicates things even more, says Sumner, is that depending on who you ask, the definition of sustainability can vary.

"The fashion industry isn't actually just one industry, it's a whole raft of other industries that are used and exploited to deliver the garments that we're wearing now," he says in an interview with NPR's All Things Considered.

Which is why Cline thinks any excitement over Inditex's announcement needs to be tempered.

Inditex is committing $3.5 million to researching textile recycling technology under a partnership with the Massachusetts Institute of Technology, an investment Cline supports.

At the same time, Cline says it can't be up to the fast-fashion industry alone. Consumers and government regulators have a role to play too.

Inditex's announcement is a response to consumer pressure, Cline says. "We're in the midst of a consumer-led revolution in fashion sustainability."

Unfortunately, she says, a big part of that movement is tilted toward greenwashing — a term that refers to a deceptive marketing ploy in which companies spend more effort on its eco-consciousness image than actually being eco-conscious.

The fact that Zara's parent company has gone public with its sustainability targets is a good sign, Sumner says.

"Over time, they'll be held accountable by their shareholders, by NGOs, by media by commentators," he says. "Hopefully, what they will do is also encourage other brands and retailers to be bold and to make these statements as well."

NPR's Leena Sanzgiri and Tinbete Ermyas produced and edited the audio of this story.