Accessibility links
Russian Police Arrest Hundreds During Moscow Demonstration Demonstrators are demanding fair elections for the City Duma and for opposition candidates to be allowed on the ballot. 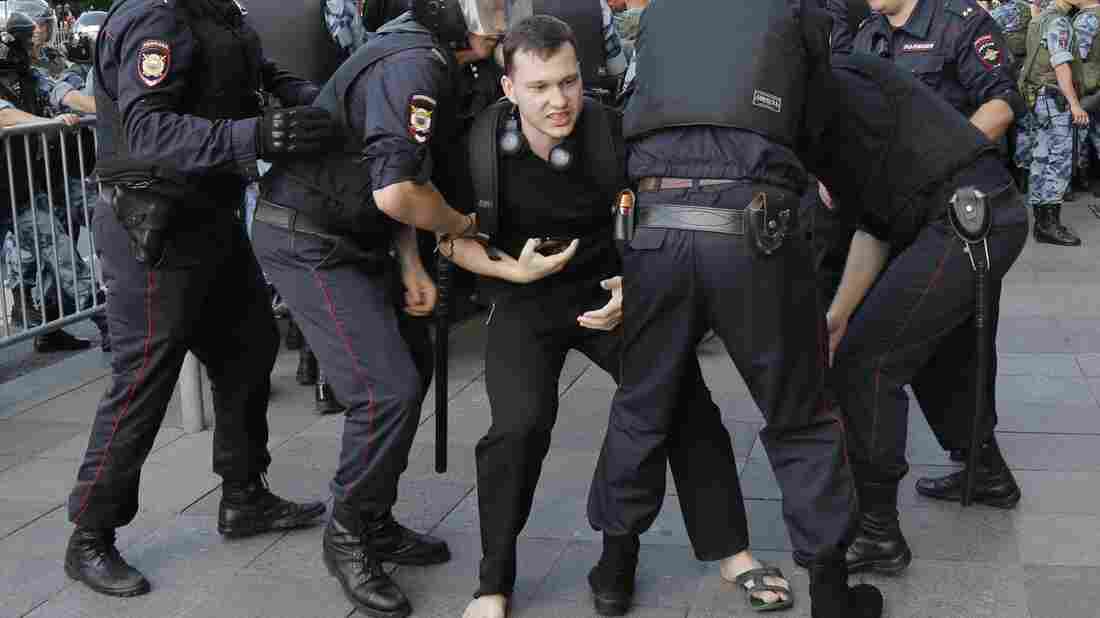 Police officers detain a man at protests in Moscow. Hundreds have been arrested during a demonstration demanding that opposition candidates be allowed to run for the Moscow city council. Alexander Zemlianichenko/AP hide caption 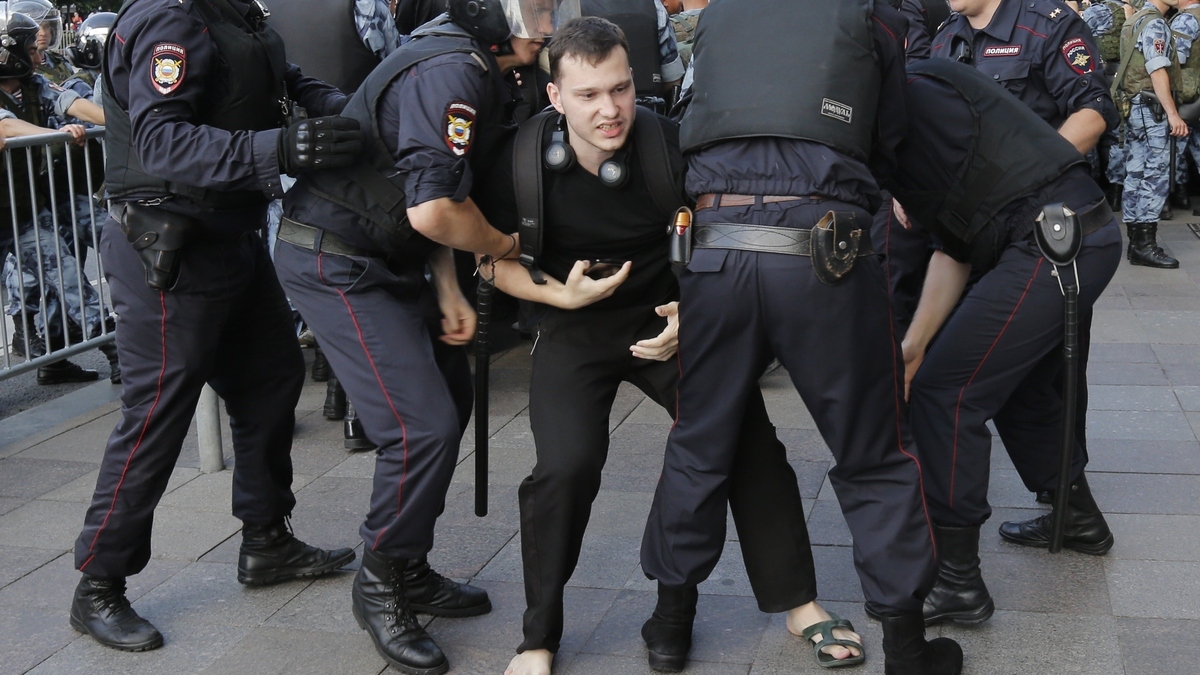 Police officers detain a man at protests in Moscow. Hundreds have been arrested during a demonstration demanding that opposition candidates be allowed to run for the Moscow city council.

Police in Moscow have arrested hundreds of people for demonstrating outside of City Hall. Protesters are calling for fair elections and for opposition candidates to be allowed to run for the city council.

Police had detained 648 people by Saturday afternoon, according to the OVD-Info group, an independent monitor that tracks police departments in Russia.

In the lead-up to the demonstrations on Saturday, Moscow police rounded up and detained several high-profile opposition politicians, including Ilya Yashin, Dmitry Gudkov and Ivan Zhdanov. Earlier in the week, authorities arrested one of the most prominent leaders of the opposition, Alexei Navalny, who had called for today's protest. He was sentenced to 30 days in jail.

Kim added: "Reason for crackdown: Allowing even a few opposition politicians into Moscow city council would grant them legitimacy and exposure. And that could be a slippery slope to further erosion of Kremlin power."

The 45-seat Moscow City Duma is controlled by the pro-Kremlin United Russia party. Those seats have a five-year term, and the entire council is up for re-election on Sept. 8.

The police presence remains heavy outside the mayor's office. The New York Times reports that Moscow is struggling to deal with increasing protests as President Vladimir Putin's approval rating has dropped amid falling incomes.

As Kim reported earlier this week, "The party has become so unpopular nationally that Putin ran for reelection as an independent last year. In upcoming Moscow city council elections, United Russia members have abandoned the party ticket and registered as independents."

In Saturday's protest, some demonstrators shouted, "Moscow will be free!" and "Putin is a thief!"

Petrovka, one of Moscow’s most upscale streets has been blocked now with protesters chanting “Putin is a thief” pic.twitter.com/GePZypIUrr

Kim reported that discontent has spread beyond Moscow to places like Pereslavl-Zalessky, a small city 90 miles northeast of the capital.

"Perched on a lake and graced by onion-domed Orthodox churches, Pereslavl-Zalessky ... is hardly a hotbed of opposition politics. Yet as Russian President Vladimir Putin approaches his 20th year in power, anger over bread-and-butter issues is sparking protests across the country," Kim wrote. "Even in sleepy Pereslavl-Zalessky, population 40,000, locals no longer hide their frustration with the powers that be."