Accessibility links
Dan Coats To Depart As Director Of National Intelligence The departure of the director of national intelligence means that almost every senior member of President Trump's original national security team is gone from his or her job. 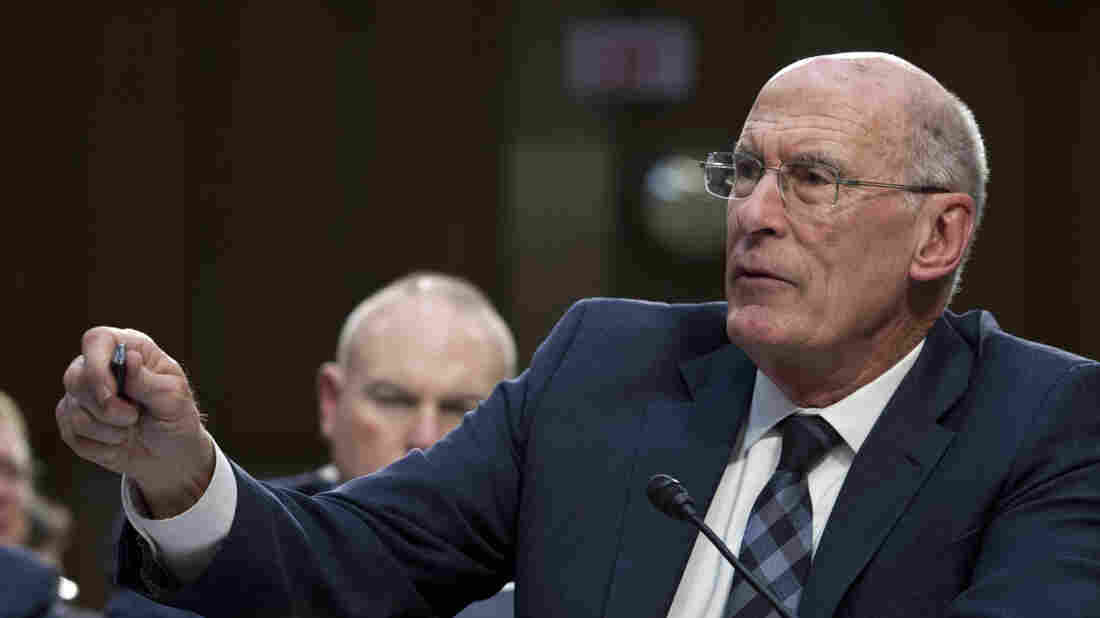 Director of National Intelligence Dan Coats testifies before the Senate Intelligence Committee in January. Coats often operated behind the scenes, but when he spoke publicly, his assessments were often at odds with President Trump Jose Luis Magana/AP hide caption 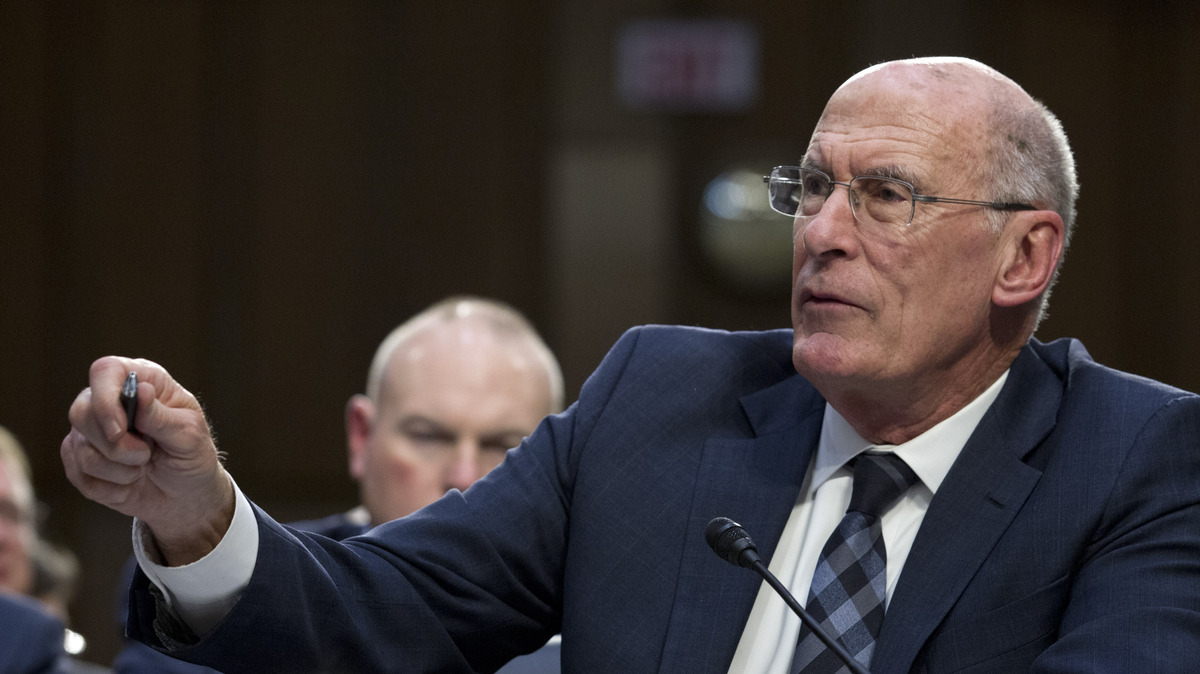 Director of National Intelligence Dan Coats testifies before the Senate Intelligence Committee in January. Coats often operated behind the scenes, but when he spoke publicly, his assessments were often at odds with President Trump

Director of National Intelligence Dan Coats, one of the last remaining survivors of President Trump's original national security team, will leave the administration on August 15, the president said in a tweet on Sunday.

"A former U.S. Attorney, John will lead and inspire greatness for the Country he loves," Trump said. He added, "I would like to thank Dan for his great service to our Country."

Coats, in contrast, doesn't say much in public. But when he has commented, he has often been at odds with the man who appointed him — President Trump.

At a 2018 summit between Trump and Russian leader Vladimir Putin, the U.S. president questioned whether Russia interfered with the 2016 presidential election.

Coats took a highly unusual step by issuing a blunt statement on behalf of the U.S. intelligence community:

"We have been clear in our assessments of Russian meddling in the 2016 election and their ongoing, pervasive efforts to undermine our democracy, and we will continue to provide unvarnished and objective intelligence in support of our national security."

In a rare interview, Coats spoke with NBC's Andrea Mitchell in July 2018. In mid-conversation, she informed him of a breaking news report that the White House had invited Putin to Washington.

Clearly taken by surprise, Coats jokingly asked her to repeat it. She did.

Behind the scenes operator

A former Republican senator from Indiana, Coats, 76, is known for his avuncular manner that once prompted a colleague to dub him the Mr. Rogers of the Senate.

Coats operated mostly behind the scenes as director of national intelligence, a position that oversees the country's 17 intelligence agencies.

Yet this low-key approach did not prevent Coats from being drawn into the recurring clashes between Trump and the intelligence community.

Coats testified before the Senate Intelligence Committee in January, shortly after Trump declared that North Korea and its nuclear program was no longer a threat.

Around the same time, Trump also said the Islamic State had been completely defeated.

But at that Senate hearing, Coats said: "While we have defeated the caliphate, with a couple of little villages left, we should not underestimate the ability of terrorist groups, particularly ISIS."

Afterward, Trump met with Coats and other senior intelligence leaders, and was asked about their remarks that contradicted the president's statements.

"They said they were totally misquoted. It was taken out of context. I'd suggest that you call them. They said it was fake news," Trump said.

Coats was never seen as close to Trump, though they met often. Coats and CIA Director Gina Haspel were regulars at the president's intelligence briefing, held most weekday mornings at the White House.

Spy Boss Coats, Once Eager For The Spotlight, Now Prefers The Shadows

And by serving more than two-and-a-half years in his job, Coats outlasted most everyone else in the president's inner circle of national security and foreign policy advisers.

The only survivor from Trump's original team is Mike Pompeo, who began as CIA director and is now secretary of state.

"He's been someone who is willing to tell the truth, even if the main consumer, and that's the president of the United States, does not like what he has to hear," Houghton said.

But, he added, to be successful in Coats' post, you have to do more than simply provide the unvarnished truth.

During Coats' tenure, the intelligence community has shifted its focus from radical Muslim groups like ISIS and al-Qaida and spent more time on large, state rivals.

Coats said the U.S. should concentrate on what he called the "big four."

"China, Russia, North Korea, and Iran – all of which pose unique threats to the United States and our partners," he told the Senate Intelligence Committee in January.

Coats was also an advocate of stronger election security, though he worked for an administration that's been criticized for not doing enough to safeguard against possible interference.

In one of his final acts, Coats named Shelby Pierson, a veteran of the intelligence community, to serve in a new position as the overall head of election security efforts.

"Election security is an enduring challenge and a top priority," Coats said.