Does Justice Ruth Bader Ginsburg Have Any Regrets? Hardly

Does Justice Ruth Bader Ginsburg Have Any Regrets? Hardly 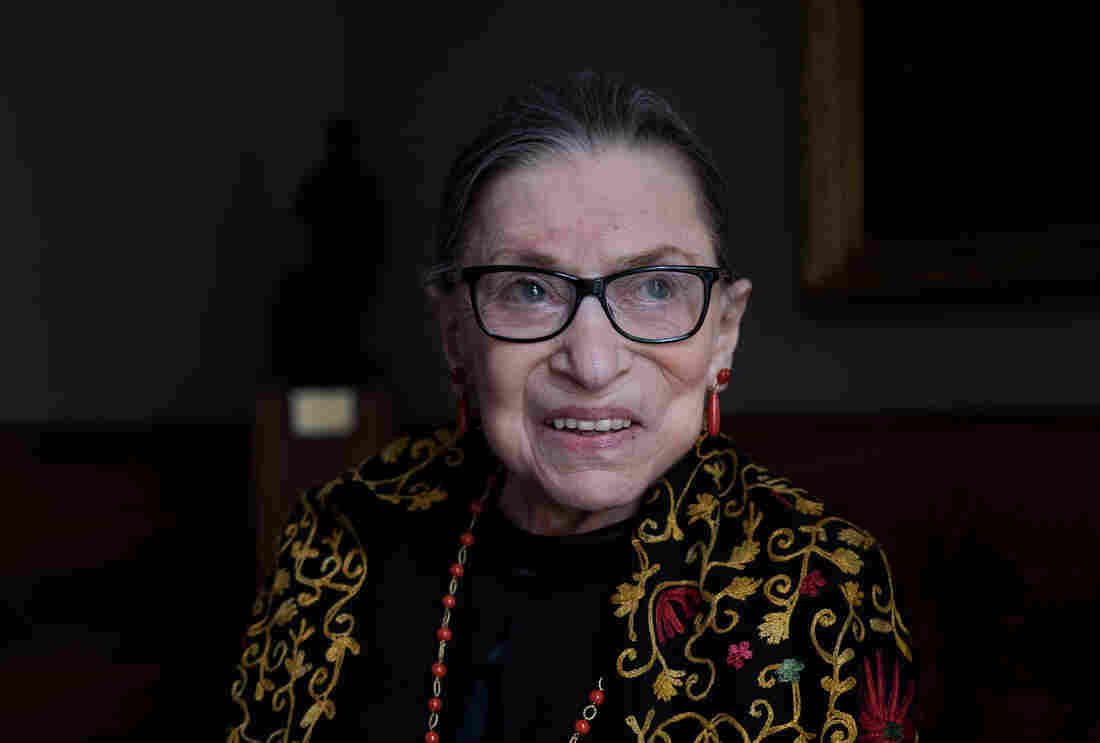 Justice Ruth Bader Ginsburg sits for a portrait in the Lawyer's Lounge at the Supreme Court of the United States. Shuran Huang/NPR hide caption 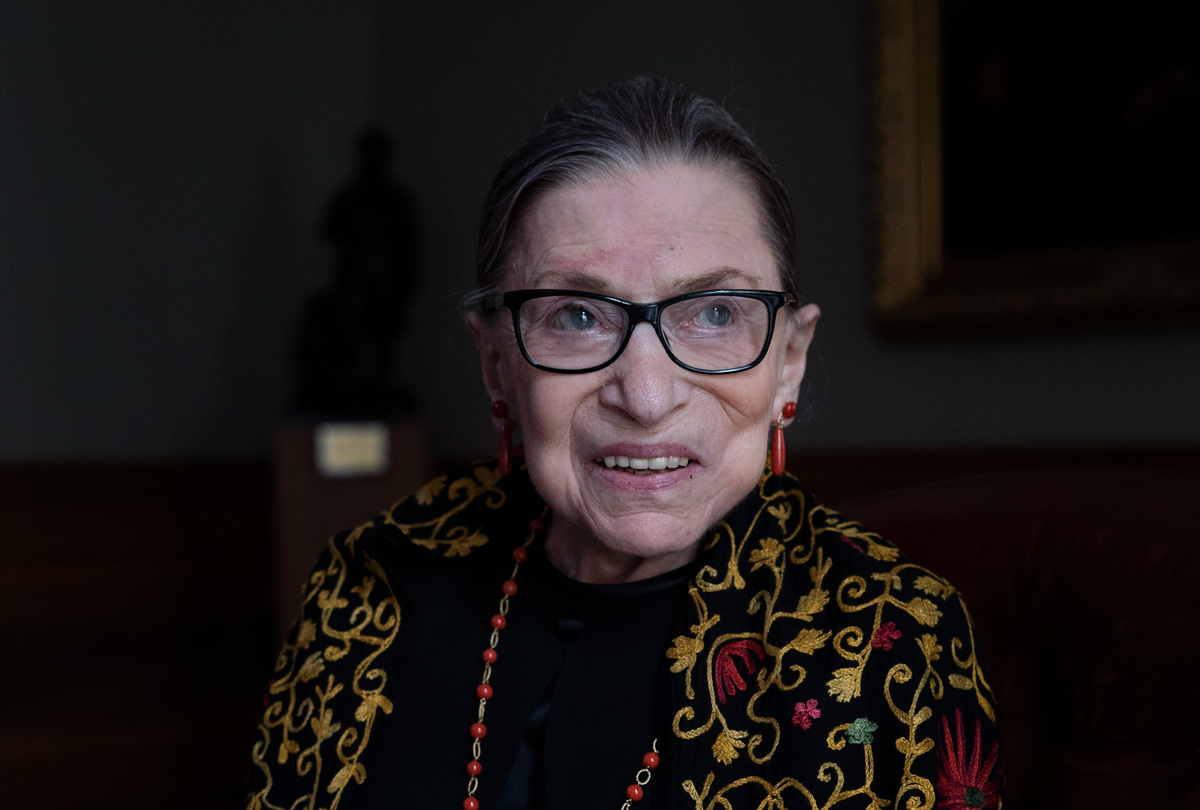 Justice Ruth Bader Ginsburg sits for a portrait in the Lawyer's Lounge at the Supreme Court of the United States.

Does Justice Ruth Bader Ginsburg, the 86-year-old feminist icon, have any regrets about her professional life?

"I do think that I was born under a very bright star," Ginsburg said, recounting her life and the obstacles that faced her.

Ginsburg added: "I'll tell you what Justice [Sandra Day] O'Connor once said to me. She said, 'Suppose we had come of age at a time when women lawyers were welcome at the bar. You know what? Today, we would be retired partners from some large law firm, but because that route was not open to us, we had to find another way, and we both end up in the United States Supreme Court.' "

Ginsburg graduated from Columbia Law School at the top of her class in 1959, but she was well aware of the barriers to women. She "didn't think there was much to be done about it." She clerked for a U.S. District Court judge, but "no law firm in the city of New York" would "hire me," she said.

She worked on a project on civil procedure that took her to Sweden before she eventually took a job at Rutgers Law School in New Jersey in 1963.

"Then the women's movement came alive at the end of the '60s," and "there I was, a law school professor with time that I could devote to moving along this change."

That is an understatement.

For more than a decade prior to her first judicial appointment in 1980, Ginsburg led the legal fight for gender equality. And, in our interview last week, she singled out that work, not any of her Supreme Court opinions, as perhaps her greatest accomplishment.

"In the '70s, there were many things that came together that led the court for the first time" in its history "to strike down gender classifications as unconstitutional, as a denial of equal protection of the laws," Ginsburg said. "That was an exhilarating 10 years in my life. In doing that, and then this job, well, it really is the best job in the world for a judge."

Justice Ruth Bader Ginsburg To NPR: "I Am Very Much Alive"

Justice Ruth Bader Ginsburg To NPR: "I Am Very Much Alive"

The highlights of her crusade in the 1960s and '70s are recounted in two recent movies — RBG, a documentary, and On The Basis Of Sex, a biopic.

Ginsburg's first Supreme Court victory came in 1971 when she filed the lead brief in Reed v. Reed, a case testing whether a state could automatically prefer men over women as executors of estates. The answer was, "No."

It was the first time the Supreme Court had ever struck down a state law because it discriminated based on gender. And that was just the beginning.

Ginsburg founded the Women's Rights Project at the American Civil Liberties Union and would go on to become the first tenured female professor at Columbia Law School.

As the chief architect of the battle for women's legal rights, she devised a strategy that was characteristically cautious, precise and single-mindedly aimed at one goal: winning. 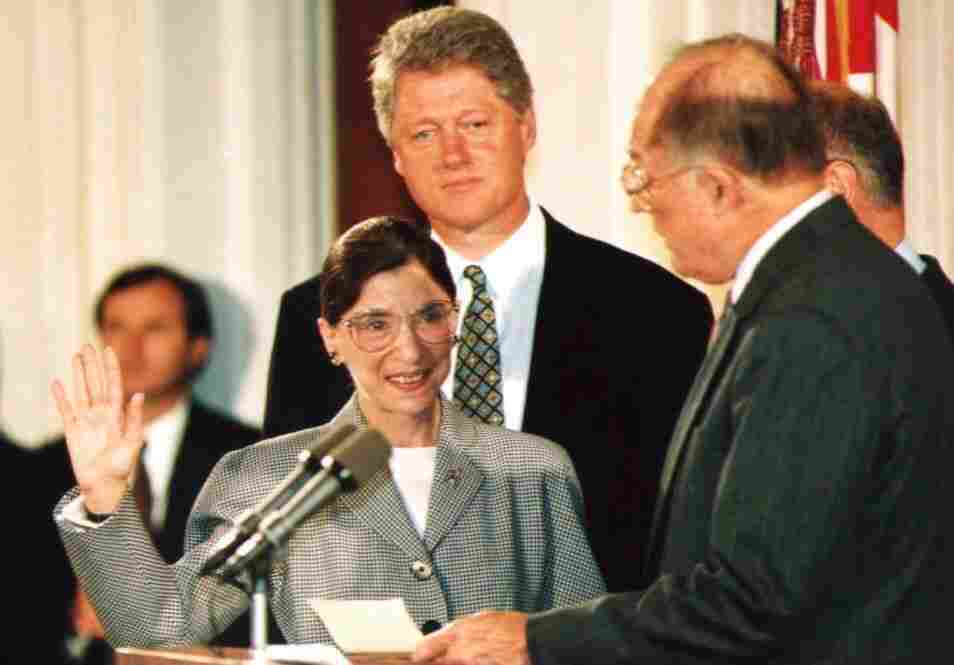 Because she often had to persuade establishment-oriented male judges, she frequently picked male plaintiffs. In Weinberger v. Weisenfeld, for instance, she represented Stephen Weisenfeld, whose schoolteacher wife, the family's principal breadwinner, died in childbirth.

Ginsburg convinced the Supreme Court that it was unconstitutional gender discrimination for the Social Security Administration to deny widower Weisenfeld the same benefits that would have been given to a widow for child care.

In another case, she took on the U.S. military, representing Sharron Frontiero, a lieutenant in the Air Force who was denied a dependent's allowance for her husband that would have been automatically granted for the wife of any military member. The Supreme Court agreed with Ginsburg that the law unconstitutionally discriminated based on gender.

Over the course of a decade, Ginsburg would win landmark victories in five of the six cases she argued before the high court.

In a prior NPR interview, she explained the legal theory she sold to the Supreme Court this way:

"The words of the Fourteenth Amendment equal protection clause — 'Nor shall any state deny to any person the equal protection of the laws' — well, that word, 'any person,' covers women as well as men. And the Supreme Court woke up to that reality really in 1971."

Going forward, even with a majority-conservative court, Ginsburg said she believes the country has come too far to go back.

"I don't think there's going to be any turning back to old ways," she said, adding, "When you think about — the world has changed really in what women are doing. I went to law school when women were less than 3% of lawyers in the country; today, they are 50%. I never had a woman teacher in college or in law school. The changes have been enormous. And they've just — they've gone much too far [to be] going back."