Accessibility links
'Otherhood' Is The Next Stage Of Motherhood — After The Kids Grow Up The new Netflix film stars Angela Bassett, Patricia Arquette and Felicity Huffman as three best friend moms who decide to show up unannounced in New York City to pay their adult sons a surprise visit. 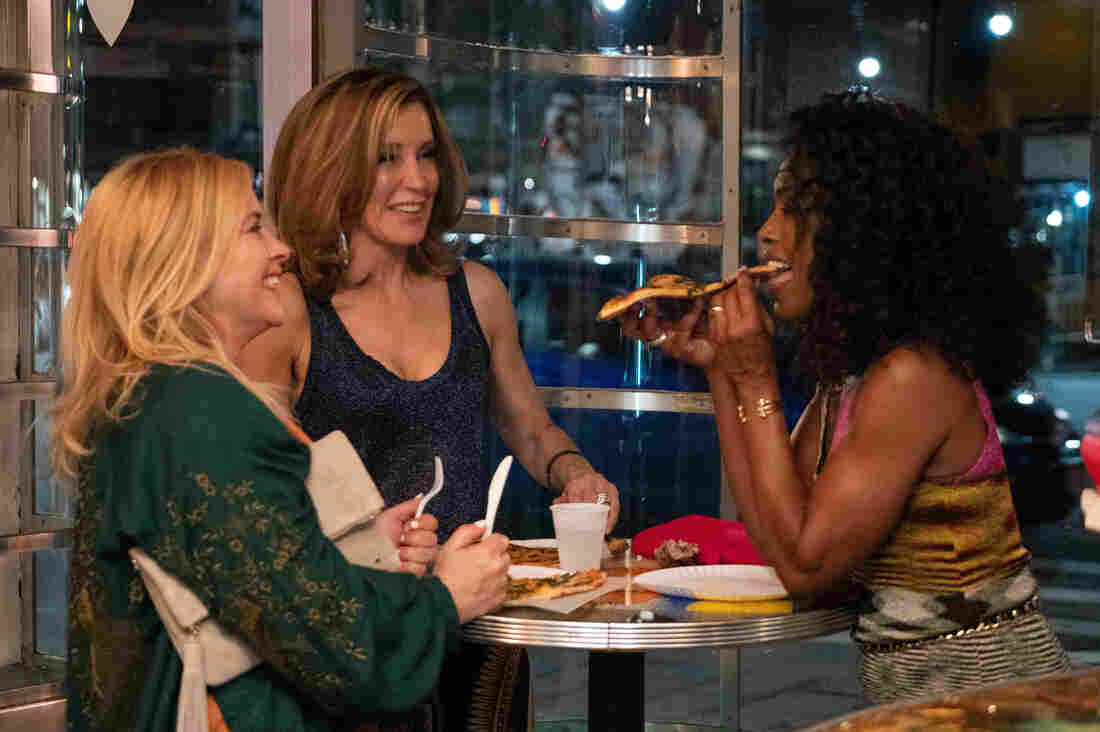 Patricia Arquette (left), Felicity Huffman and Angela Bassett star in Otherhood as three best friend moms who decide to take matters into their own hands when their adult children don't give them the love they expected on Mother's Day. Linda Kallerus/Netflix hide caption 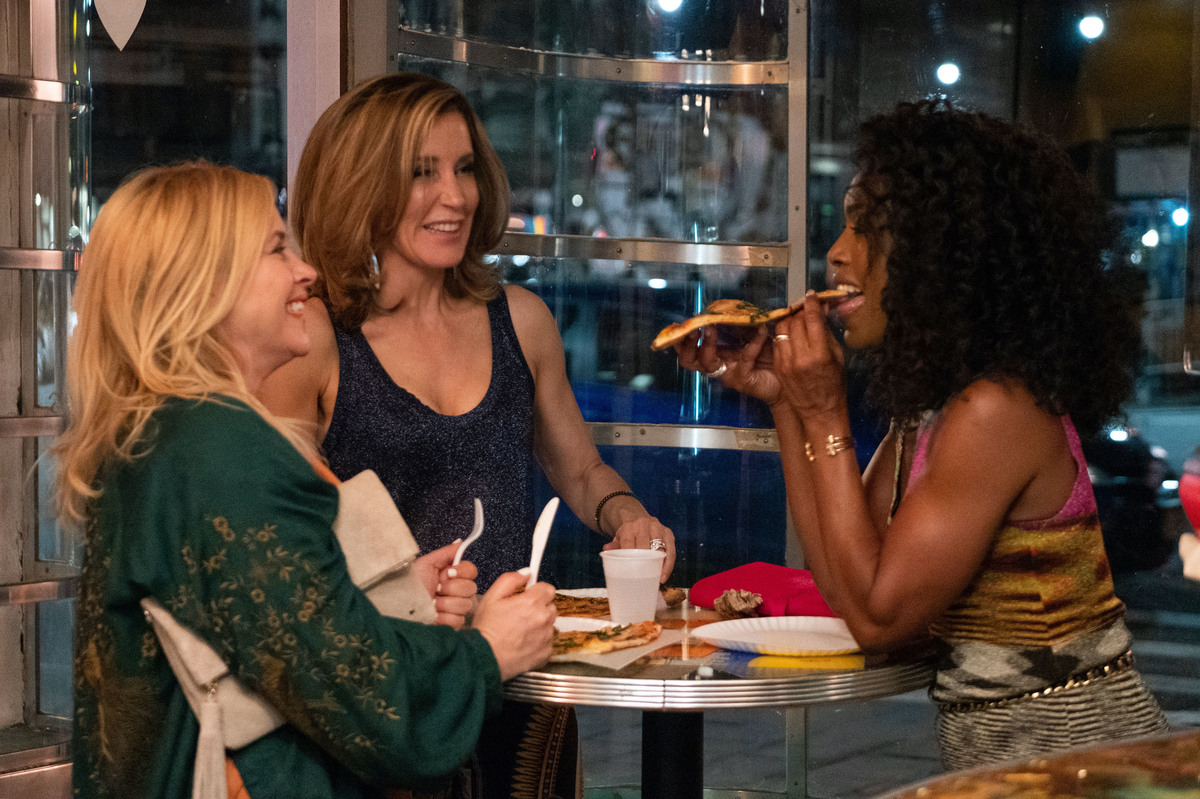 Patricia Arquette (left), Felicity Huffman and Angela Bassett star in Otherhood as three best friend moms who decide to take matters into their own hands when their adult children don't give them the love they expected on Mother's Day.

The kids are grown. The house is empty. Otherhood is what comes after motherhood.

The new Netflix film stars Angela Bassett, Patricia Arquette and Felicity Huffman as three best friends whose sons have grown up — all the way up — together. As the three moms celebrate Mother's Day with each other rather than with their kids, they decide that they've had enough.

"Their sons are not connecting with them," Angela Bassett tells NPR. "They're not sending flowers; they're not giving them a call."

Adjusting To An Empty Nest Brings Grief, But Also Freedom

Sure, maybe they sent a text ... but does that really cut it? Having an adult child "is essentially being broken up with little by little by little — they're just not into you anymore," Bassett says.

So they hatch a plan to drive to New York together to surprise their grown-up sons. The moms reason: "They can deal with having us in their homes for a few days — they were in ours for 18 years."

In real life, Bassett is the mother of twins so she knows about the sacrifices of parenting young kids. "They're absolutely helpless," she says. "You are consumed by them — by keeping them safe, feeding them, providing for them, for presenting a good example for them. ... They are a vortex that you fall into."

Her character in the film, Carol, is "trying to emerge" from the all-encompassing stage of motherhood and remember who she is as an individual. "Her husband has passed away — she was a wife. Her son has gone off — she was a mother," Bassett explains. 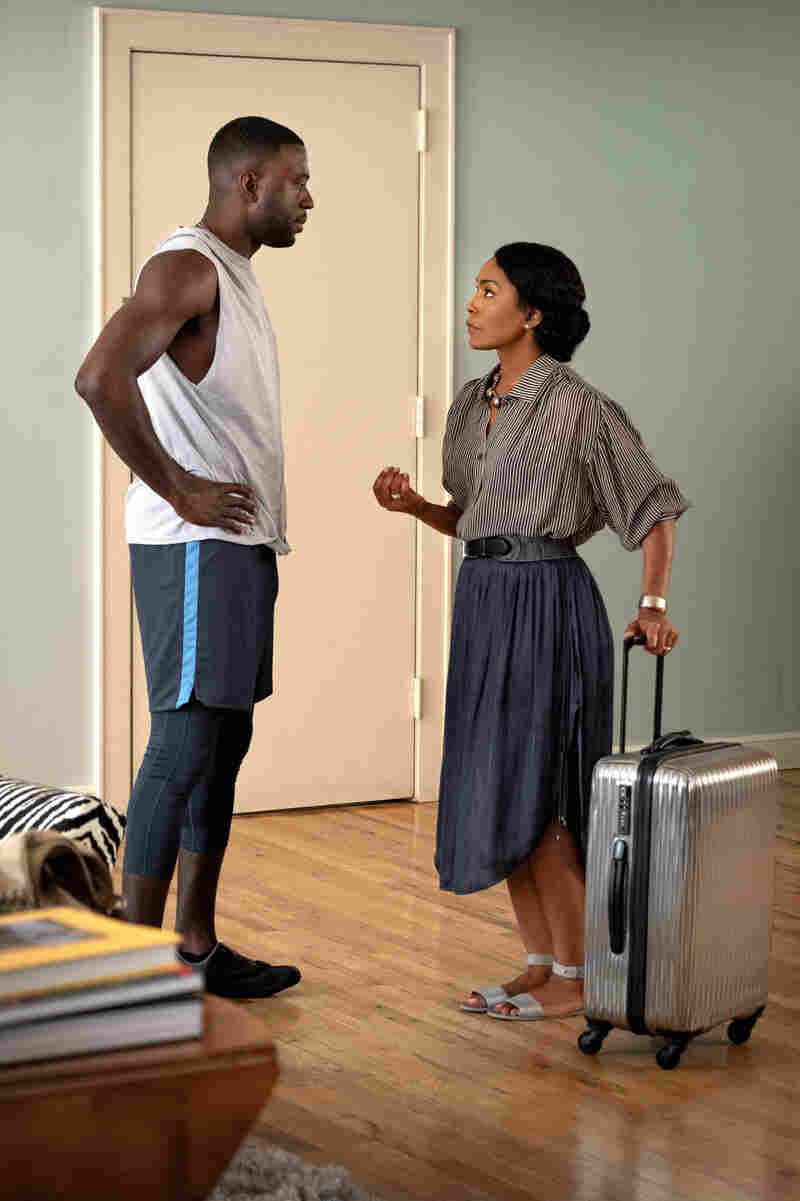 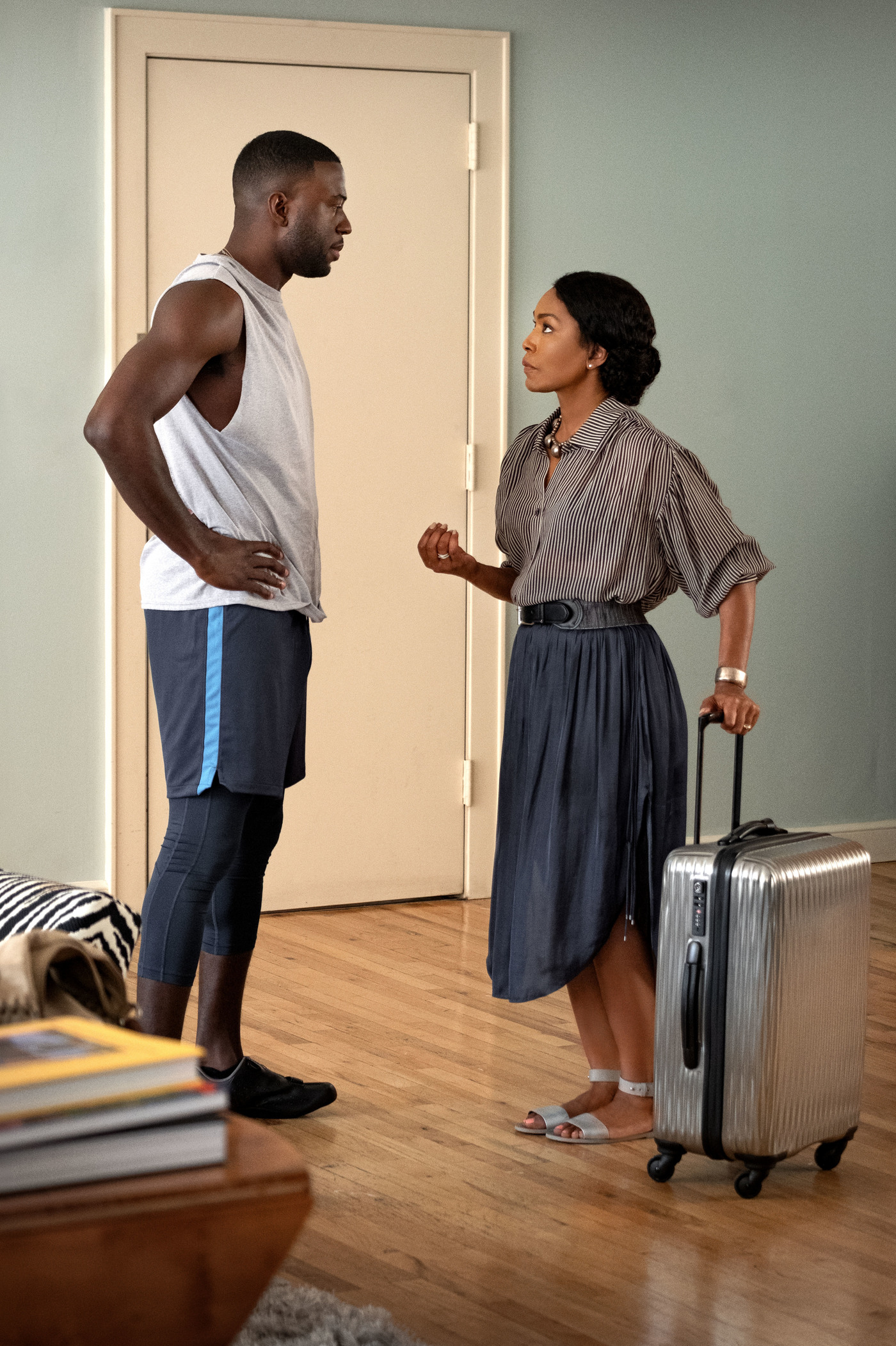 As a mother, Carol put herself on the "back burner," and Bassett says her trip to New York is about rediscovery — "reconnecting with herself as much as with her son."

Carol's son has become a successful, New York art director. "You know who you are without me," she tells him. "I need to figure out who I am without you."

As Bassett has balanced career and family, she says having her own children didn't make her lose her sense of self — but she does sometimes wish for more family meals. "I can't do the things I would like to do — like the dinners around the table," she says.

But just because she can't do dinner doesn't mean she can't do breakfast. "You just try to express your appreciation of them, love for them, in whatever special way you can, with whatever time that you have," she says.

Bassett was also drawn to Otherhood because it celebrated the power of female friendships. She has a profound appreciation for her own close friends — "I think they are everything ..." she says. "I really am made just bigger and more interesting by their conversations and by the time that I spend in their company." The Netflix film reflects that.

Her on-screen friend — Otherhood co-star Felicity Huffman — recently pleaded guilty to her involvement in a massive college admissions bribery scandal. Bassett says she hadn't really known Huffman before working on the film, and was glad to hear her express remorse for her wrongdoing.

"I understand that you would throw yourself in front of a moving train for your kids — but also you're always trying to be a good example for them," she says. Bassett's glad Huffman accepted the consequences for her actions — "that's a lesson that I try to teach my kids," Bassett says.

Bassett says she's also tried to teach her teenage twins tough lessons about race and racism. They're growing up in a different time than she did, but "the ugliness of it" is still present in their lives, she says. Her goal is to educate her kids and provide them with history and context: "You don't want them to be ignorant of what has gone down because you really might get your feelings hurt one day if you are blissfully ignorant," she says.

A Mother's Day Mix: Songs That Remind You Of Mom

Her approach is to have conversations, but not to "dwell on it. "You just try to instill in them a respect for themselves and a respect for other people."

Bassett feels that she's gained wisdom with age, and says it's unfair that society makes old people like they are "disappearing" or "diminishing." The roles offered to her have changed over time. First you're the young women, then you're the mother ... "I think I'm the grandmother next," she says. "You know that's on the horizon."

But she tries not to worry about age too much. When Bassett first arrived in Hollywood, "40 was the death knell age ..." she says. "It felt as if you had to be that ingénue forever." She feels less that way now.

"What we see on the screen is more entertaining when we see what life really looks like, you know?" Bassett believes that it's OK to see "the cracks and the creases — it's the character of life."

Peter Breslow and Barrie Hardymon produced and edited this interview for broadcast. Beth Novey adapted it for the Web.