Accessibility links
Mark McGrath Helped Get Sugar Ray An Unexpected Record Deal The band's frontman says the band had been cashing in on nostalgia since its hits of the 1990s, but now, with a surprise record deal, Sugar Ray has a fresh chance to return to its fun-loving roots. 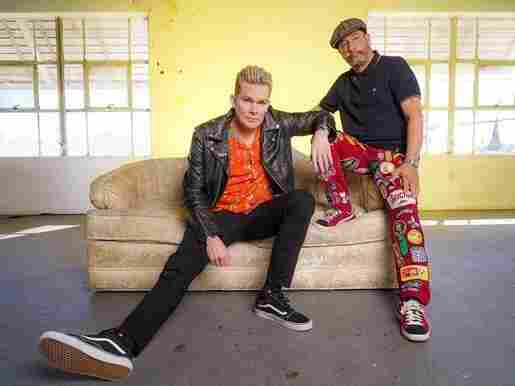 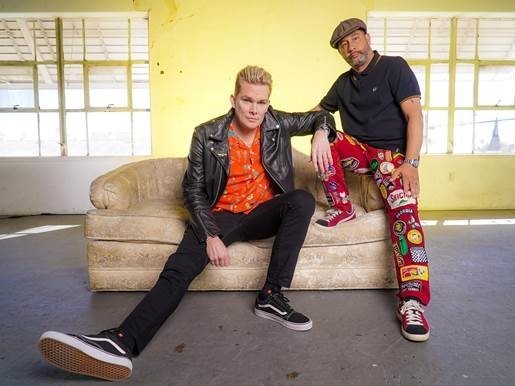 Back in the late 1990s, Sugar Ray's breezy singles brought the California band into the mainstream, and helped shape the pop rock sound of the time.

Two decades later, frontman Mark McGrath might be the most stunned of all that Sugar Ray is back with new music.

"A band like us really trades in our nostalgia," McGrath said in an interview on NPR's All Things Considered. After all, the band started out playing cover songs.

"We don't take ourselves too seriously," said McGrath. "And we like to have fun. I mean, that was our edict when we joined the band."

Since Sugar Ray put out its last record in 2009, McGrath has spent his time playing old songs on tour and starring on reality shows and in the Sharknado franchise.

About a year and a half ago, McGrath was getting ready to film Celebrity Big Brother when the show's producers asked if he would shoot a staged jam session that they could play during the reality show's intro.

At 'Triple A' Radio Stations, A Blurred Line Between Discovery And Promotion

Sugar Ray guitarist Rodney Sheppard showed up to film the sizzle reel with McGrath. Sheppard had been toying with the beginnings of a new song that they kept building on throughout what turned out to be a real recording session.

McGrath spent weeks in the Big Brother house cut off from the outside world.

When he finally emerged, Sheppard brought the good news: The record company BMG had heard the song they recorded for Big Brother and wanted to offer Sugar Ray a deal.

"I'm like you've got to be kidding me," McGrath said. "What happened at the Big Brother house?"

"It was fun that this big giant major label is taking a chance again on a little band like Sugar Ray and so it was great to sort of just write a record for fun and that's what we did."

For their new album, the Newport Beach natives returned to their signature uplifting and airy rock sound.

"If there are people that are looking for new Sugar Ray record we're gonna give you what you want to hear," McGrath said.

In making the album, Sheppard and McGrath wanted to inject the sound that was responsible for the band's early success.

"It's the guitar riff, it's the multiple melodies, it's [Sheppard] and I singing that long, extended melody with a lilting chorus, with lyrics that are uplifting," McGrath said.

The title of the album, Little Yachty, is multi-layered, McGrath said, as is the actual record.

Perhaps more obviously, it's a play on the rapper Lil Yachty's name. When McGrath reached out to Lil Yachty, he says the rapper gave the thumbs-up. "He goes, 'Oh my god, that's the greatest title ever. You guys are legends, I'd love to jam some time.' "

It's also an ode to the band's strong ties to the commercially successful soft-rock genre of yacht rock. "We were kind of almost the yacht rock of the 90s," McGrath said. "We crossed over multiple genres, multiple platforms, we hit Triple A radio, we hit alternative radio, we hit the pop charts of course, and we almost were yacht rock — everybody kind of knows who we are."

To McGrath, the band's success reflects a timeless truth: "Whether it's 'Old Town Road' or 'Rock Around The Clock,' a good melody and a good lyric will always be popular."

"And luckily, with a little bit of divine intervention and a lot of help and a village, we were able to stumble upon a few hits."

Dustin DeSoto and Tinbete Ermyas produced and edited this story for broadcast.