Accessibility links
Woman Who Popularized Gender-Reveal Parties Says Her Views On Gender Have Changed Jenna Karvunidis, an early proponent of gender reveal parties, now has more nuanced thoughts about the popular themed events. That's in part to her own daughter, one of the first gender reveal babies.

Listen · 2:34 2:34
Woman Who Popularized Gender-Reveal Parties Says Her Views On Gender Have Changed 2:34 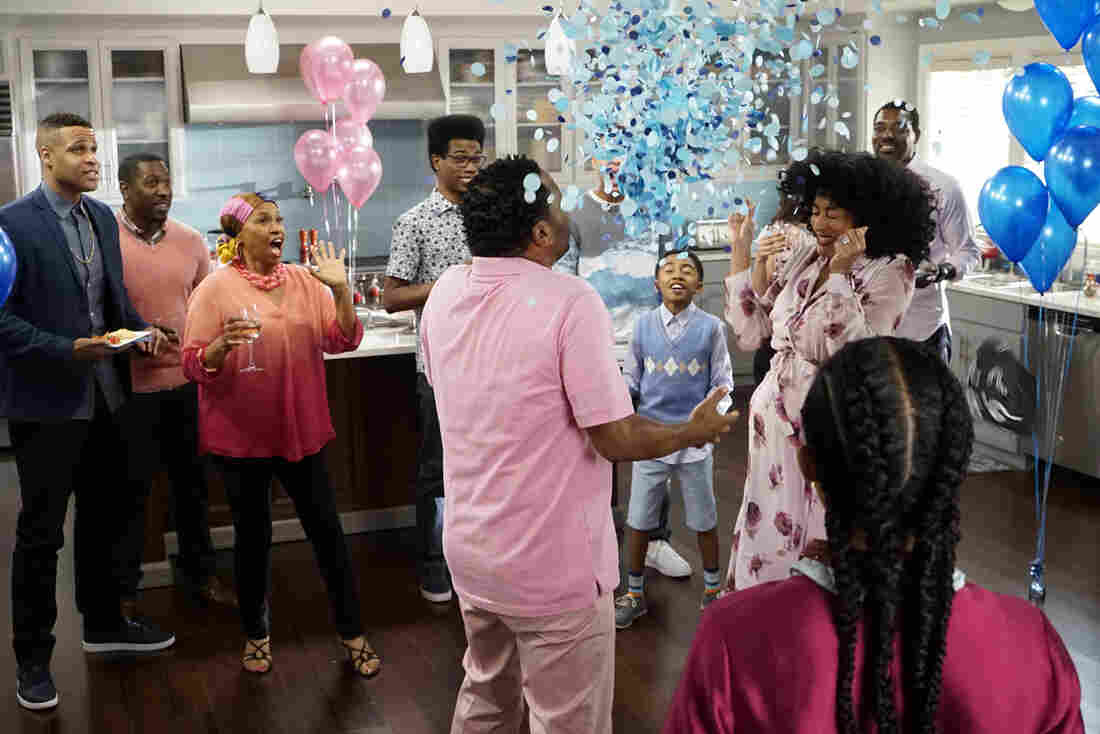 Gender reveal parties are all over social media and television shows, including Black-ish, are featuring their own. But 11 years ago, when Jenna Karvunidis had her own party that went viral, she never imagined just how big these parties would become. Kelsey McNeal/Walt Disney Television via Getty hide caption 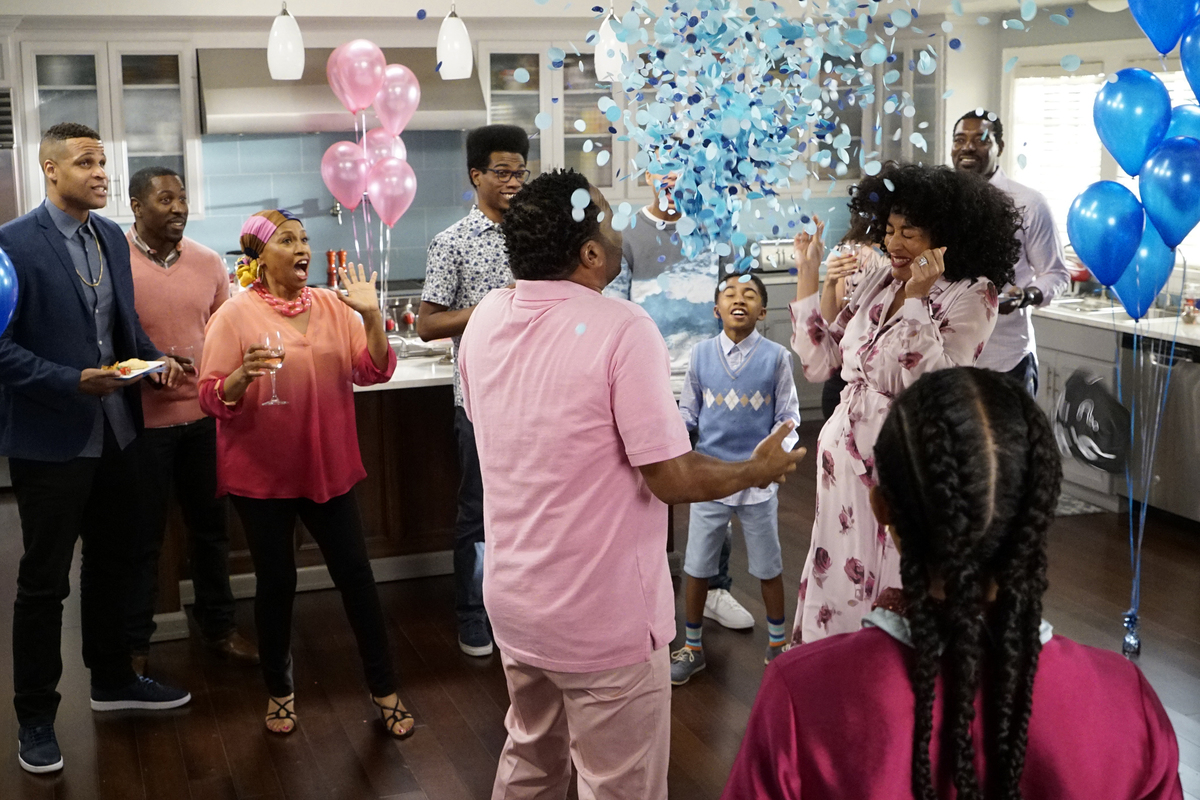 Gender reveal parties are all over social media and television shows, including Black-ish, are featuring their own. But 11 years ago, when Jenna Karvunidis had her own party that went viral, she never imagined just how big these parties would become.

A quick search on YouTube brings up hundreds of videos of expecting couples revealing the sex of their baby, usually with blue for a boy and pink for a girl.

Jenna Karvunidis is no stranger to this phenomenon. In fact, many credit her as the "inventor" of the gender party reveal. For her, it was through a cake.

"We had a knife and we cut into it all together and we all saw the pink icing at the same time, and found out that we were having a girl," Karvunidis says.

That was in 2008 before Instagram or Pinterest even existed. Karvunidis says she likes cake and wanted to celebrate her pregnancy with her family.

"I mean gosh, I just like to throw parties," she said. "I just thought it would be really fun for everybody in the whole family to find out."

At the time, she shared it on her blog, High Gloss And Sauce, and it was written up by a local Chicago magazine. After that, Karvunidis says she started to notice more and more gender reveal parties in the few years after her own.

Today, she sees them all the time. She's seen the video of the gender reveal party that inadvertently started a wildfire that burned nearly 47,000 acres, not to mention the one with the pet alligator.

"It's just become a bit of a nightmare," Karvunidis says.

Watching videos of gender reveal parties become bigger and more ostentatious has made Karvunidis rethink her own party 11 years ago.

"Plot twist! The baby from the original gender reveal party is a girl who wears suits," Karvunidis says. "She says 'she' and 'her' and all of that, but you know she really goes outside gender norms."

The post went viral. Karvunidis says her views on sex and gender have changed, especially when she's talking to her daughter.

"She's telling me 'Mom, there are many genders. Mom, there's many different sexualities and all different types,' and I take her lead on that," Karvunidis says.

She says she does have some regrets and understands these parties aren't beneficial to everyone.

Sparkle Unicorns And Fart Ninjas: What Parents Can Do About Gendered Toys

"I know it's been harmful to some individuals. It's 2019, we don't need to get our joy by giving others pain," she says. "I think there's a new way to have these parties."

And that idea is as simple as just eating cake.

"Celebrate the baby," she says. "There's no way to have a cake to cut into it, to see if they're going to like chess. Let's just have a cake."

This story was produced and edited for broadcast by Denise Guerra and Hadeel Al-Shalchi. It was adapted for the web by Wynne Davis.