Accessibility links
Joe Biden, Cory Booker, Kamala Harris Ready For Showdown On Race In Debate The former vice president is expected to be tested again on race, as he spars with Sens. Cory Booker and Kamala Harris, the two leading African American candidates, over policing and health care. 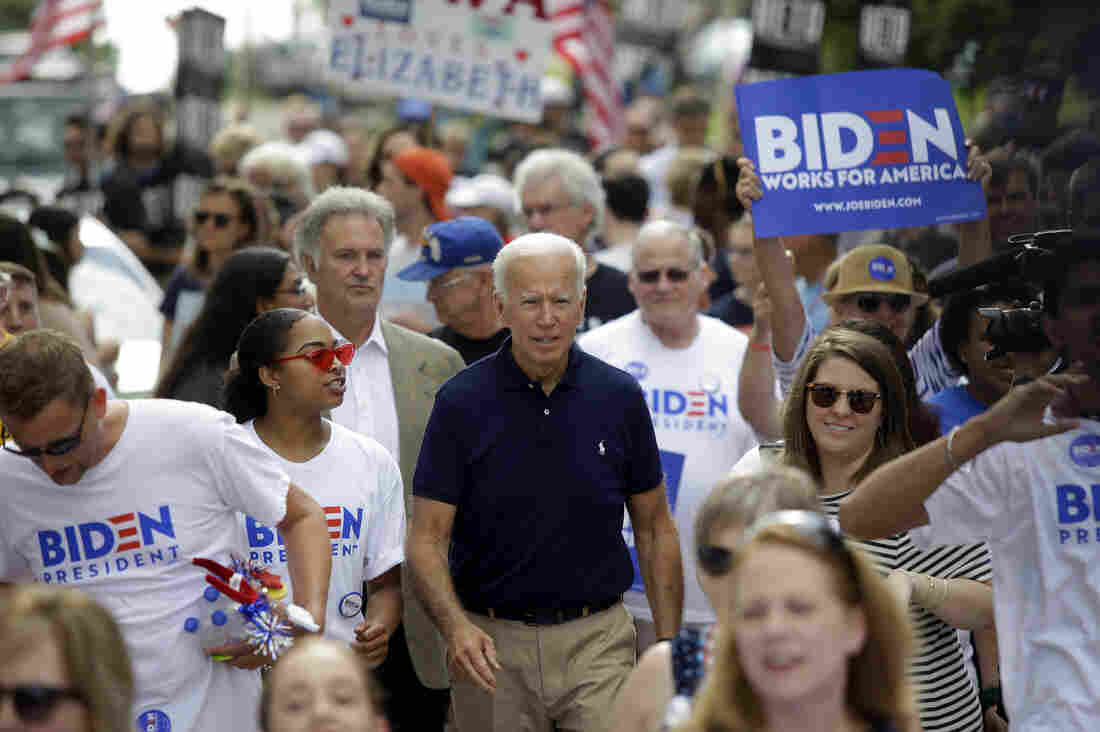 In this week's Democratic debate, former Vice President Joe Biden is expected to be tested again on race. Above, he attends the Fourth of July parade in Independence, Iowa. Joshua Lott/Getty Images hide caption 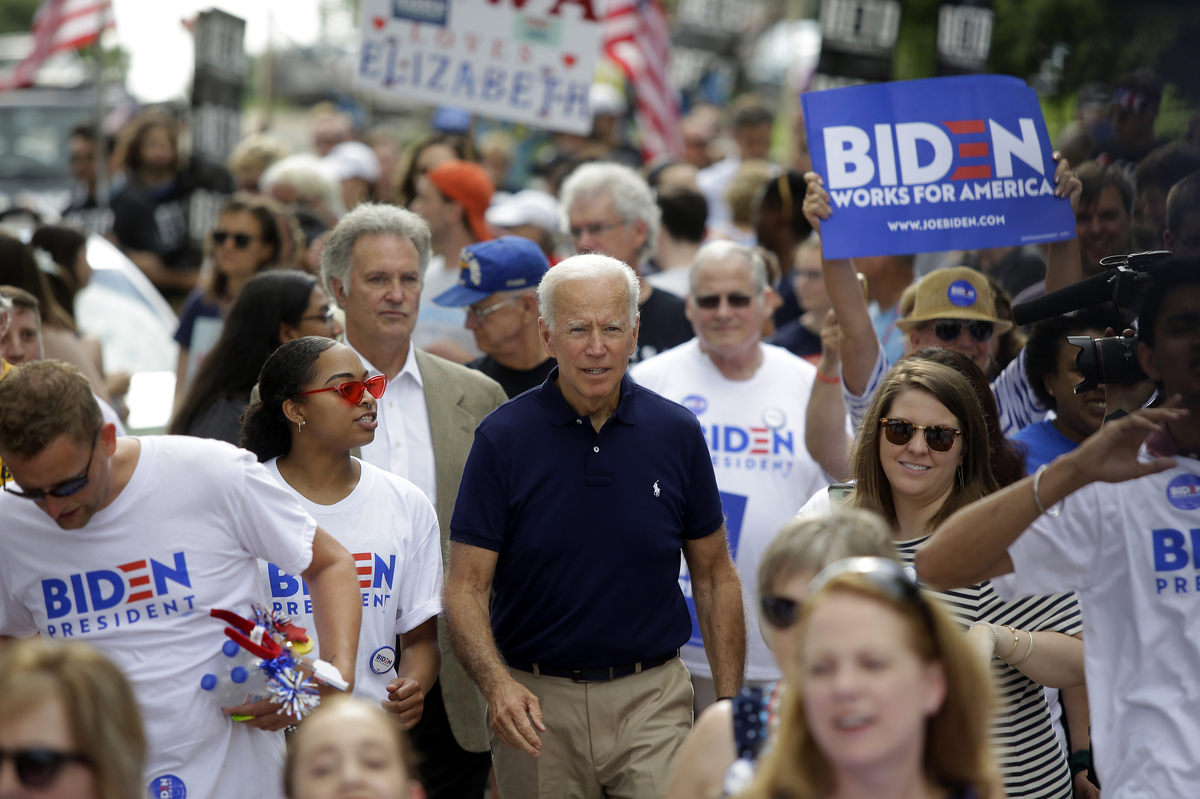 In this week's Democratic debate, former Vice President Joe Biden is expected to be tested again on race. Above, he attends the Fourth of July parade in Independence, Iowa.

Before the first presidential debate last month, former Vice President Joe Biden's campaign signaled that he expected to be attacked by the candidates trailing him in the polls but that Biden would essentially ignore all incoming fire.

It was a classic front-runner approach. And it was punctured, hard and fast, by California Sen. Kamala Harris' attack on Biden's past opposition to federal busing policies.

From the moment Harris told Biden, seemingly out of the blue, that "I do not believe you are a racist," Biden's candidacy suddenly looked much more vulnerable — even as he has maintained a lead in every poll — and Harris' campaign had the viral, news-grabbing moment that it had lacked up until that point. 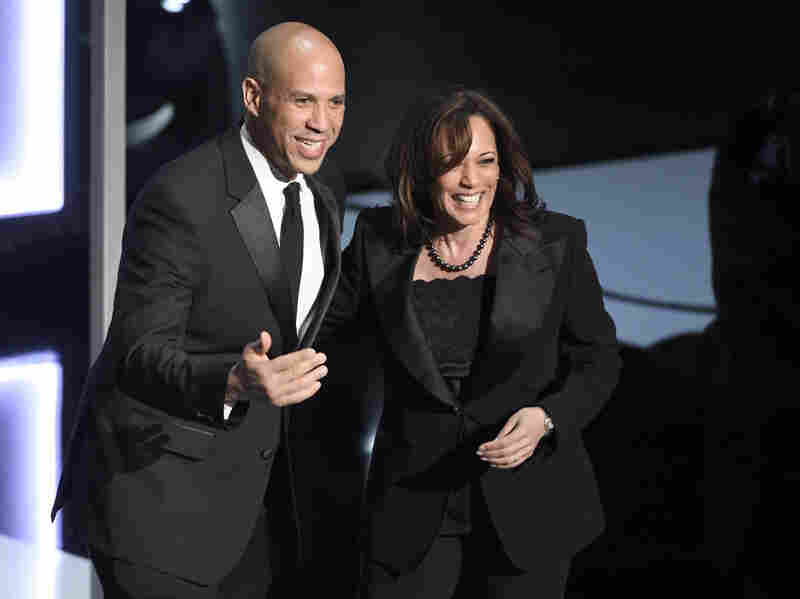 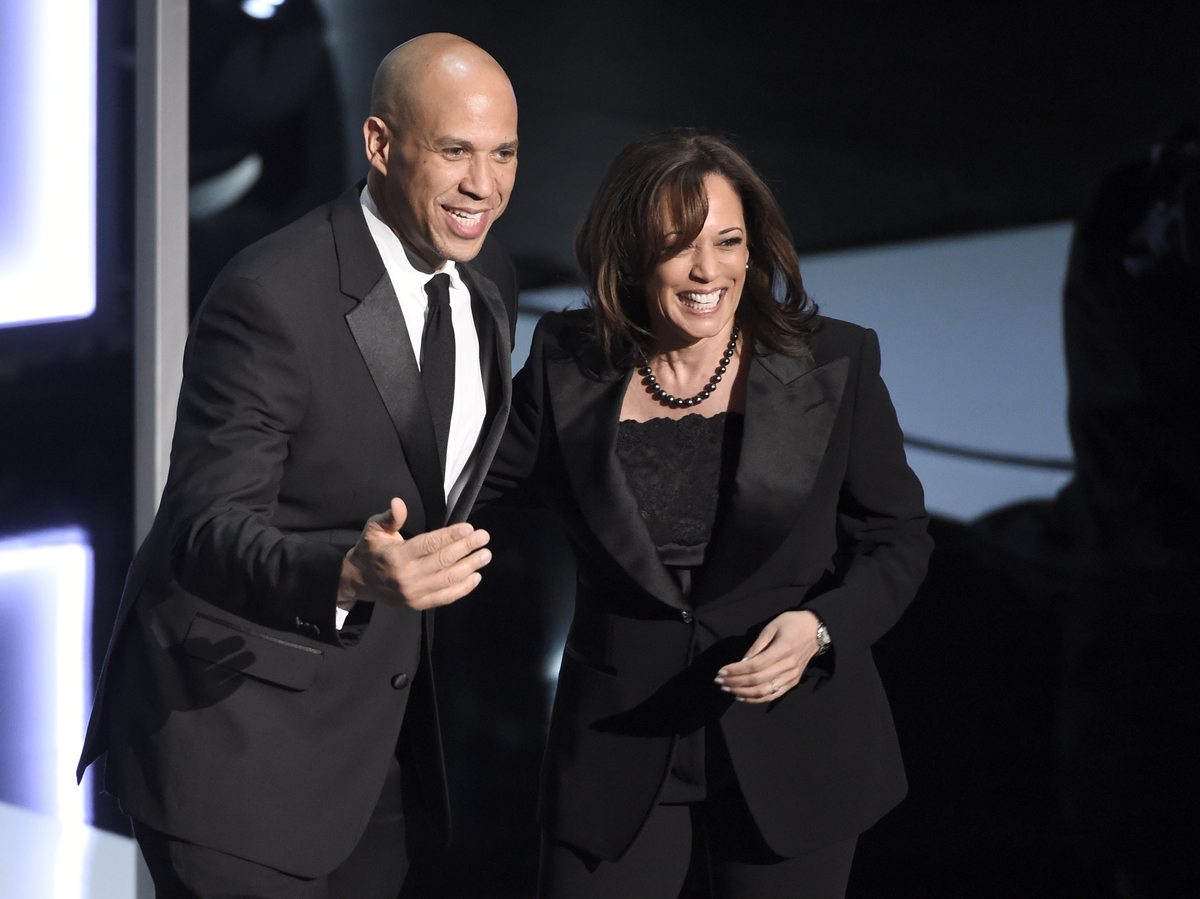 In the wake of Harris' attack, Biden is changing course.

"I'm not going to be as polite this time," Biden told supporters at a fundraiser last week.

It's clear he meant it.

Biden and his top advisers spent much of the past week sparring with and criticizing Harris, as well as New Jersey Sen. Cory Booker, the two candidates he will stand between on Wednesday night's debate stage in Detroit.

Booker has campaigned on the idea of "radical love" and seems to be shifting more toward a strategy of tough love. He took a jab at Biden on Twitter, following the former vice president's release of a criminal justice reform plan.

It’s not enough to tell us what you’re going to do for our communities, show us what you’ve done for the last 40 years. You created this system. We’ll dismantle it.

He described Biden as an "architect of mass incarceration," when speaking with reporters last week at the annual NAACP convention in Detroit.

Booker was referring to Biden's role as a champion of the controversial 1994 crime bill, which critics and some experts say led to a disproportionate number of African American men being imprisoned.

"I'm disappointed that it's taken Joe Biden years until he was actually running for president to actually say that he made a mistake, that there were things in that bill that were extraordinarily bad," Booker said. "For him not to have a more comprehensive, bold plan to deal with this is unacceptable to me, especially because he is partially responsible for the crisis that we have now."

Biden's campaign fired back in a rare on-the-record response.

Kate Bedingfield, Biden's deputy campaign manager, pointed to Booker's tenure as mayor of Newark and his "zero tolerance" on crime. "Booker was running a police department that was such a civil rights nightmare that the U.S. Department of Justice intervened," she said in a statement.

The feds did launch an investigation into the Newark Police Department while Booker was mayor and found vastly disproportionate numbers of pedestrian stops and arrests of black residents, as well as unreasonable use of force. Booker welcomed the inquiry when it was launched. "I'm pretty relieved and enthusiastic about working with the Department of Justice," Booker said at the time, according to the Star-Ledger.

In that same conversation, the former vice president also made an indirect jab at Harris. He questioned how any candidate could promise "Medicare-for-all" and pay for it without a tax hike on the middle class.

"Come on! What is this? Is this a fantasy world here?" he said.

The Biden-Harris and Biden-Booker sniping — the most direct and sustained of the primary so far — could be a preview of arguments we hear in the next debate.

It also underscores the importance of black voters in the Democratic primary; it's impossible for any Democrat to clinch the nomination without gaining substantial support from African American voters. Black voters make up at least 10% of the Democratic electorate in more than half a dozen states voting on Super Tuesday, which in 2020 will fall on March 3, just a month after the primaries begin. In some states, such as Alabama, more than 50% of Democratic voters are black.

Last week, at the National Urban League conference in Indianapolis, Booker did not criticize Biden by name onstage, but he challenged the notion of "electability" and insisted that when people talk about this concept, they're not asking African American voters what they want.

After Booker made his remarks, Bedingfield tweeted poll results showing Biden with far more support than Booker among black voters.

Another poll in the last week showed Biden maintaining a wide lead over Harris and other candidates in South Carolina — a state that Harris, in particular, views as critical to her path to the nomination.

While Biden appears eager to defend himself against attacks, rival campaigns have warned that an overly confrontational approach, especially against two younger black candidates, could cut into a key aspect of his campaign — that Biden would restore more dignity and normalcy to the White House after four years of endless feuding and Twitter attacks from President Trump.

The Biden campaign dismisses that argument.

"The notion he would sit back and let others mischaracterize and tear down his record is silly," a Biden adviser said.

"Everyone is looking for their T-shirt moment," the adviser added, referencing the merchandise that the Harris campaign began selling the night of the first debate, "and Joe Biden thinks this is bigger than selling T-shirts."