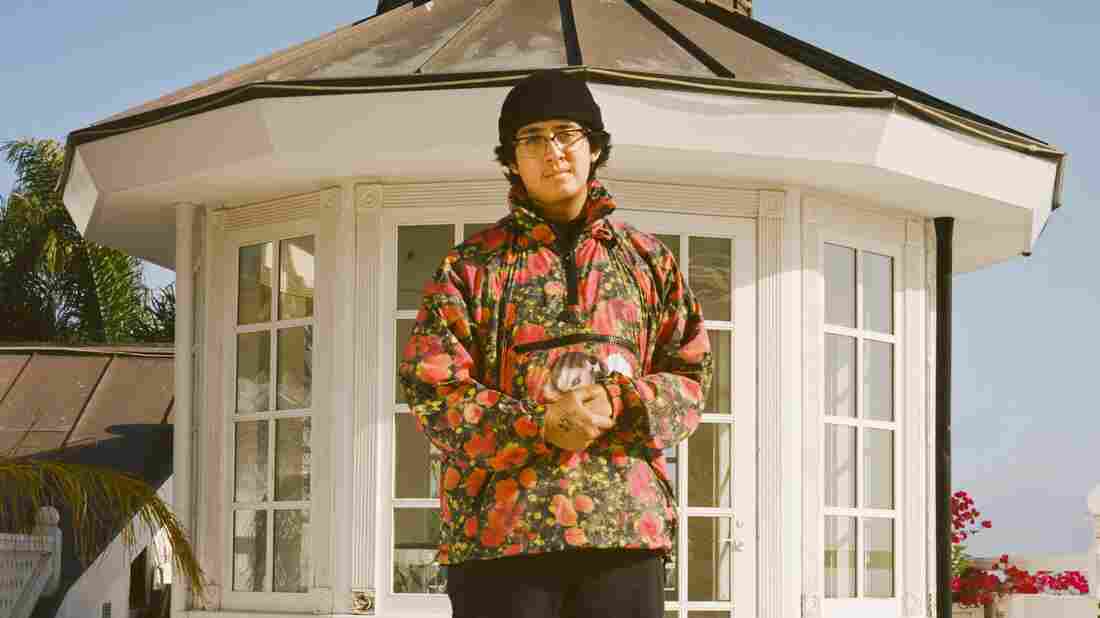 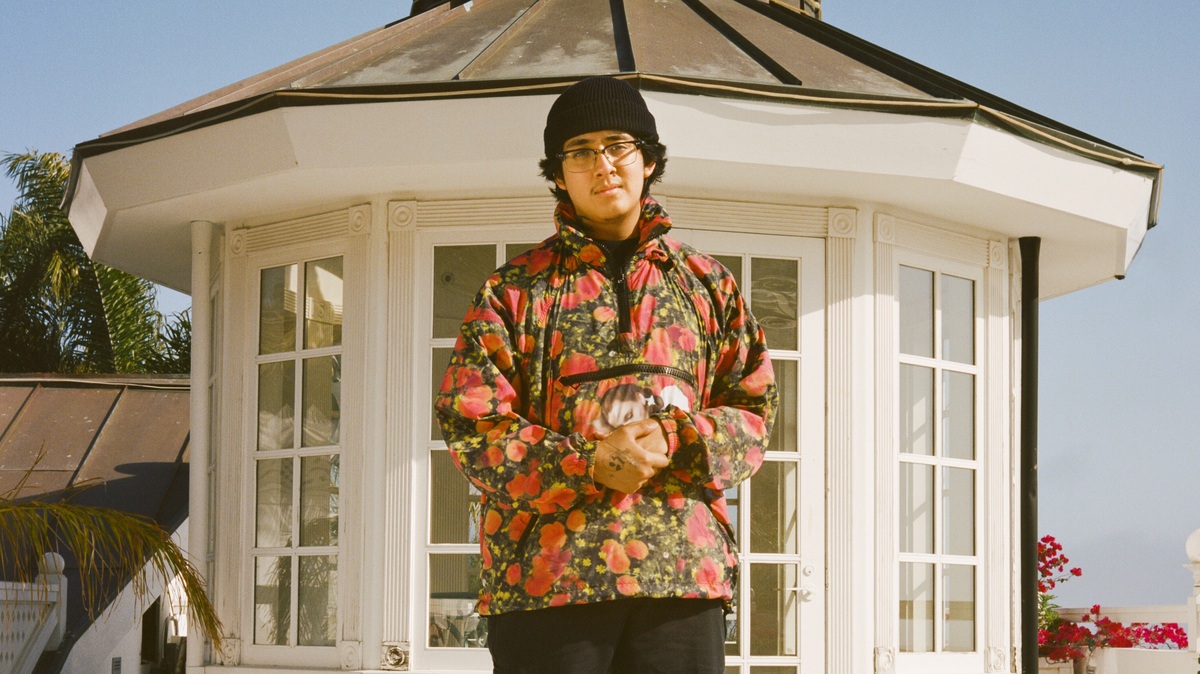 Cameron Postforoosh/Courtesy of the artist

Omar Banos — best known by his stage name Cuco — is a teen idol in the making. At just 19 years old, the L.A. singer and multi-instrumentalist intoxicated audiences online with such dreamy bedroom pop songs as "Sunnyside" and "Lo Que Siento." At 21, he's selling out shows across the country. Over the past whirlwind year-and-a-half, Cuco has amassed a legion of young fans who are drawn as much to his wistful lyrics as they are to the way he embraces his Chicano roots. Now, Cuco has released his highly anticipated debut album, Para Mí. The debut record, and Cuco's respective success, are challenging preconceived notions of what a teen idol can look and sound like in today's pop landscape.

Cuco layers his signature dream pop sound, instrumental abilities and Chicano influences masterfully in Para Mí. The record is bathed in a wavy, psychedelic haze. It unfurls slowly, gliding from track to track with the help of a drowsy symphony of 808 drum machines, guitars and swirling synths.

Cuco Is The Cariño Of Young Latinos Who Keep Dreaming

"In the middle of the road, a beacon lighting up for help / Telling me to come back home, I don't know where to go / In the morning, with nobody next to me / In my bed, in my bed / So lonely, will somebody come and help?" Cuco wonders gloomily in "Far Away from Home." He echoes that questioning on the album's closer, "Do Better," but slips into a more hopeful tone: "Sunshine / Moonlight / My angel, darling, would you take my hand and my love? / I want to wake up next to you / Would you imagine us forever too?"

There's no doubt that psych rock has influenced Cuco, but the Southern California native has many sides. Growing up, he taught himself to play the trumpet, bass, keys and French horn. Those skills are audible in the brilliant shades of smooth jazz, trap and even bossa nova on Cuco's debut.

Cuco is unlike the perfectly coiffed — and usually white — teen idols of yesteryear. He sports a wispy mustache, a gold chain and unruly black hair. His delivery is tender with a touch of millennial humor. That's resonating with his teenage audience, for whom love and hate, ennui and euphoria, sincerity and sarcasm are constantly butting up against one another.

Cuco is also keenly aware of what it means to be a young, Mexican-American musician on the rise. He says he wants to be a face and a voice for first-generation Chicanos. He talks often about his immigrant parents and pays tribute to his South Bay roots in his music and visuals.

Beyond such sonic homages, Cuco lays proud claim to his Chicano identity in the public sphere. Later this year, he will perform at the second annual Selena for Sanctuary, a concert in New York organized to benefit immigrant families at risk of deportation. (He also played last year's concert.) Cuco will play alongside Kali Uchis, Ambar Lucid and other fresh-faced Latinx artists making waves — all of them unapologetic in their politics and their brownness.

Para Mí might not read as a stark political statement on paper. But in an era when young Chicanos are constantly having their sense of belonging challenged, the mere idea of one of us — uno de nosotros -- making it big on his own terms feels revolutionary.

Listen to the full aired review at the audio link.