Accessibility links
Who Will Be Puerto Rico's Next Governor? The island's justice secretary, Wanda Vázquez, was expected to replace Gov. Ricardo Rosselló but says she doesn't want the job. The next person in line doesn't meet the minimum age requirement of 35. 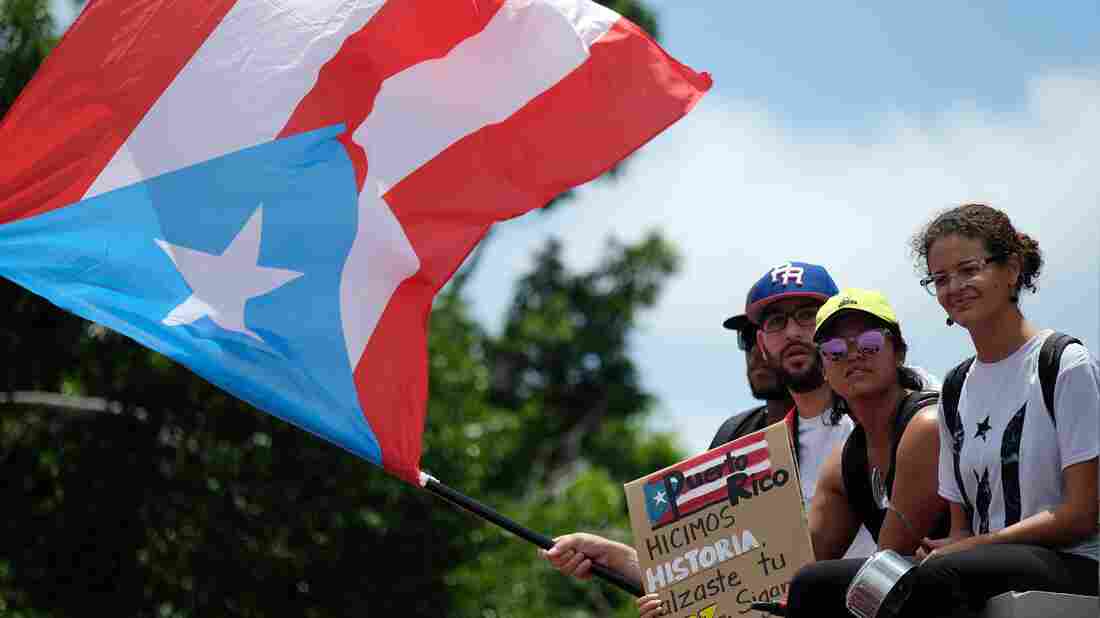 Demonstrators took to the streets Friday, a day after Puerto Rico Gov. Ricardo Rosselló announced he would resign. It is unclear who will take his place. Ricardo Arduengo/AFP/Getty Images hide caption 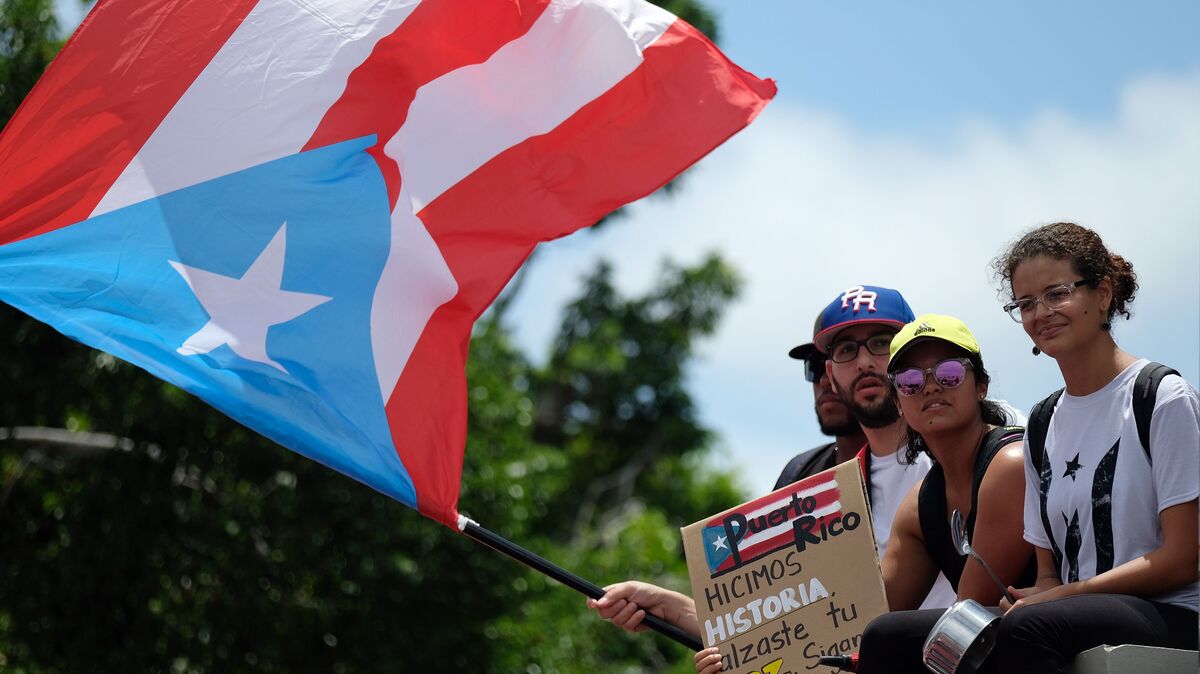 Demonstrators took to the streets Friday, a day after Puerto Rico Gov. Ricardo Rosselló announced he would resign. It is unclear who will take his place.

Days before Puerto Rico's embattled governor is scheduled to resign, his successor remains unclear, leaving the island's future in question.

The man who would have been Rosselló's next in line, Puerto Rico Secretary of State Luis Rivera Marín, isn't an option, having resigned earlier this month over his involvement in the scandal. His position has remained vacant for about two weeks.

And now the island's justice secretary, Wanda Vázquez, who was expected to replace Rosselló, says she doesn't want the job.

"I reiterate, I have no interest in occupying the position of governor," Vázquez said Sunday.

She said she hoped Rosselló would identify and nominate candidates for the secretary of state position, and that she had communicated her hope to the governor.

Before Sunday's announcement, the possibility that Vázquez might become governor was swiftly met with outrage. Critics derided her ties to Rosselló and used the hashtag #WandaRenuncia, like #RickyRenuncia, to denounce her leadership.

Local media outlets have reported on accusations against Vázquez, including that she launched a domestic violence investigation against a political opponent. A demonstration against her had been planned for Monday.

The next in line for the governorship would be the island's treasury secretary. But Francisco Parés Alicea assumed office less than a month ago, after Rosselló fired his predecessor. At 31 years old, he does not meet the minimum required age of 35 to be governor.

The next person who could replace Rosselló is Education Secretary Eligio Hernández Pérez. He took the position from Julia Keleher. She and the former chief of Puerto Rico's Health Insurance Administration, Ángela Ávila-Marrero, were arrested and charged in connection with a federal corruption investigation. They allegedly funneled some $15.5 million in lucrative government contracts to business friends.

Pérez previously worked as deputy secretary at the Department of Education, and some view him as tainted.

And after him comes yet another official who is younger than the minimum age of 35, NPR's David Welna reports.

"At this point, it seems that it all depends still on who Gov. Rosselló may name as the secretary of state in his last days in office," Trelles says.

Puerto Ricans are set to elect a governor in November 2020.

On Sunday, another official involved in the chats scandal announced that he was leaving his job. "I learned from my mother, the more difficult the situation, the stronger we must be in facing it," Secretary of Public Affairs Anthony Maceira wrote in his resignation letter to the governor.

Protests have gripped the island since Puerto Rico's Center for Investigative Journalism published nearly 900 pages of leaked exchanges on July 13. The exchanges also revealed that officials had been discussing how to discredit critics and exploit public opinion.

Rosselló initially apologized and defied calls to step down, sparking outrage and daily demonstrations in the capital. As protests continued, the streets of the old city of San Juan began to resemble a war zone, with fire, shattered glass, rubber bullets and gas canisters.

In 2017, the commonwealth filed for bankruptcy protection, setting in motion the largest municipal debt restructuring in U.S. history. Residents on the island have faced slashed public services and more than a decade of recession. About 44% of people in Puerto Rico live in poverty, according to the U.S. Census Bureau.

Nearly two years ago, hurricanes a month apart devastated the island. The sole provider of electricity took more than a year to restore power to all homes after Hurricane Maria.

Following the destruction caused by hurricanes Irma and Maria, the island saw what a Pew Research Center report called a "historic net migration" last year. From 2017 to 2018, the population of Puerto Rico dropped 3.9%, which Pew says "represents the largest year-to-year drop since 1950, the first year for which annual data is available."