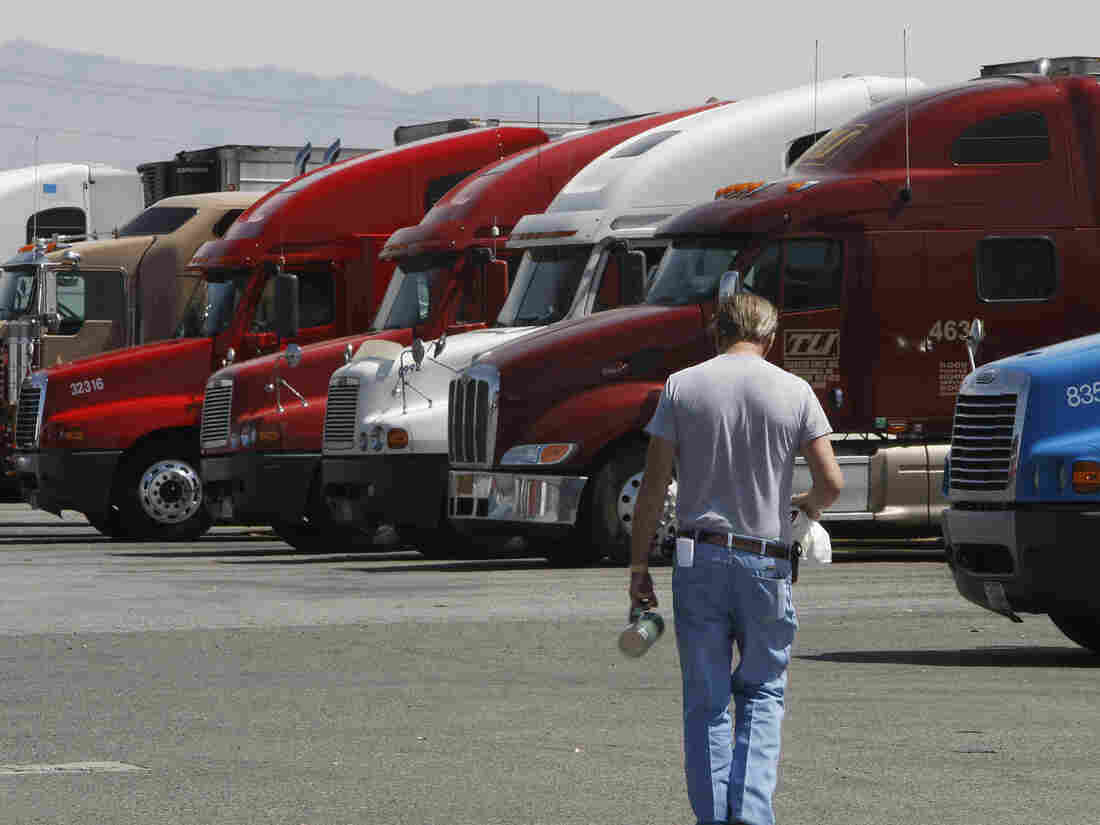 Under current rules, driving hours for truckers are capped at 11 hours per day and drivers must take a mandatory rest break. Robyn Beck/AFP/Getty Images hide caption 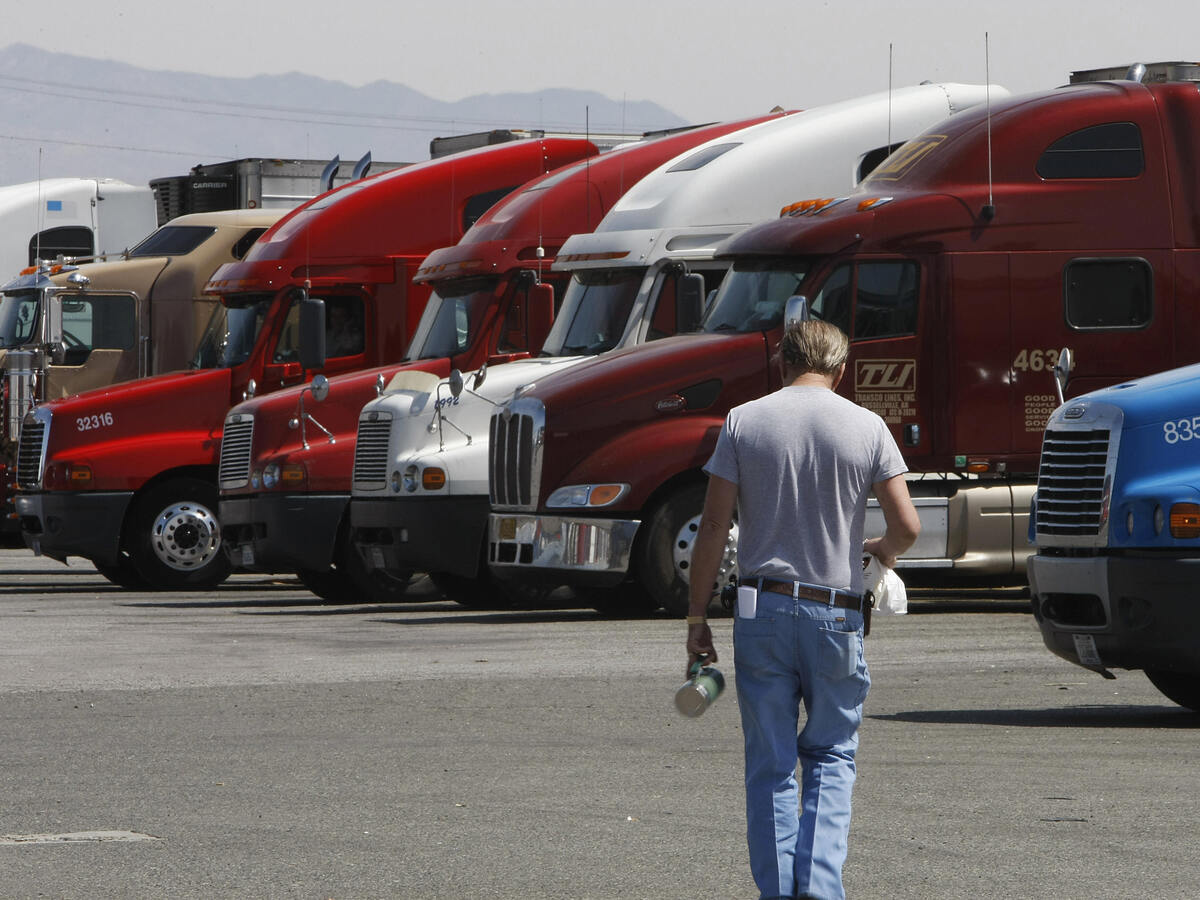 Under current rules, driving hours for truckers are capped at 11 hours per day and drivers must take a mandatory rest break.

Sleepy truck drivers cause hundreds of fatal crashes each year. Drivers work in an industry that rewards miles driven, not time on the clock, so many truckers push the envelope just to make a living.

The Federal Motor Carrier Safety Administration keeps drivers in check with so-called Hours of Service Regulations. The regs cap driving time at 11 hours a day. Truckers have to stop and rest for at least a half hour during that time, and no matter how much downtime they may have in between, they have to quit for the day 14 hours after they start.

"It's kind of like when you're in kindergarten and they're sitting there saying, okay, it's nap time. You have to take a nap," said truck driver Carmen Anderson, as she sat in the back of her burgundy Kenworth semi-truck.

Anderson was stranded in her semi in an industrial section of Shreveport, Louisiana, on a road flanked on both sides by warehouses and wire fence. No sidewalks, no bathrooms, no security. Anderson says she spent 17 hours parked there, eight of them locked in the sleeper berth of her truck, per hours of service regulation. "I would like to see more flexibility," she said.

So would Dan Horvath, Vice President of Safety Policy for American Trucking Associations. He says the current push to ease hours of service rules amped up in December, 2017. That's when the government started enforcing a requirement that all long-haul trucks carry electronic logging devices, minders that track a semi's every move. Before then, the regulations were more like suggestions. Many truckers kept paper logs of their driving time, so easy to fudge they were widely ridiculed as 'comic books'.

"Now we're counting seconds and minutes," said Horvath. "Carriers that may not have been complying with the rules before, this is all coming to kind of a spotlight situation here."

So, the Federal Motor Carrier Safety Administration is weighing exceptions for that mandatory half hour rest break, letting truckers split up their sleep time, and easing the standards in other ways. Driver Michael Whitaker says tweaks like that would make it easier to avoid hazards, like rush hour.

"We don't want to interact with cars during rush hour traffic. We want to stay as far away from you all as possible," says Whitaker waiting for a load at the Port of Long Beach.

After all, car drivers are a lot more likely than truck drivers to cause a wreck.

One the other hand, a 70,000 pound semi-truck is a lot more lethal than a car, and sleepy truck drivers kill someone almost daily.

"My dad was killed by a tired trucker back in December of 2004," says Dawn King, President of the Truck Safety Coalition, a volunteer position.

King says changes proposed for Hours of Service regulations all extend driving time and working limits. She says the trucking industry has yet to produce data showing that the relaxed standards would increase safety.

On the contrary, Cathy Chase, President of Advocates for Highway and Auto Safety, says trucker driving limits should, if anything, be tightened. She says that deadly truck crashes are on the rise, up 40% since 2009.

"We really should not be considering weakening the regulations we should be considering enhancing them," says Chase. "The safety of everyone traveling on our roads is at stake."

The Federal Motor Carrier Safety Administration is expected to issue an Advanced Notice of Proposed Rulemaking. That will open a two month comment period on hours of service changes. Then the administration can move forward with new rules.

King believes that the administration will likely agree to relax the rules. But she says safety advocates will fight the changes every step of the way.