Accessibility links
Children Tend To Reject Bearded Men, Research Shows New research shows that young children have a negative reaction to beards, but that changes as they get older. Children with bearded fathers did feel more warmly toward facial hair. 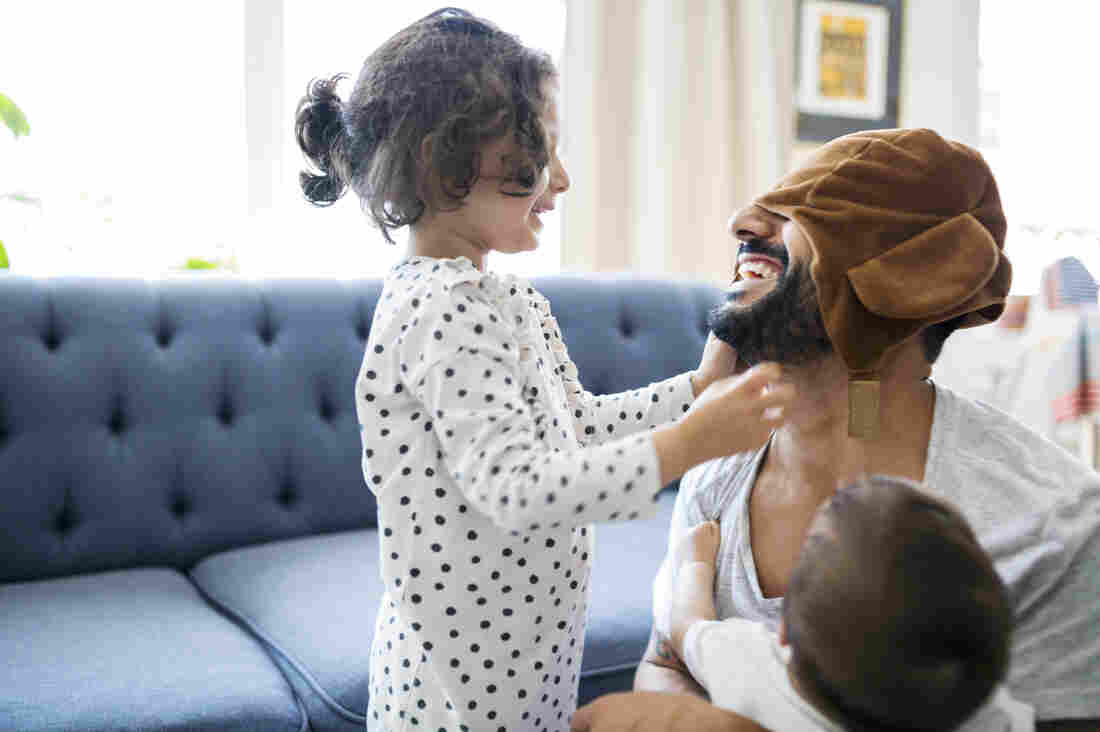 Science has some bad news for the bearded: young children think you're really, really unattractive.

A new study suggests that, until they reach puberty, kids are strongly anti-beard — although children with bearded fathers did feel more warmly toward facial hair.

Scientists going all the way back to Charles Darwin have pondered the purpose of beards. Darwin, who spent his later years sporting a large, bushy beard, thought beards had somehow helped men charm the opposite sex.

"Until very recent history, beards were a very prominent element of men's faces, and so we must have expectations related to those, and it turns out that adults do," says Nicole Nelson, a researcher at the University of Queensland in Australia who studies face perception.

Actual scientific research on beards is, regrettably, scant. But Nelson says that over the last decade or so, work pioneered by her colleague Barnaby Dixson has shown that beards make men look older, stronger and more masculine — at least, to adults.

"And so we were wondering whether or not all of those expectations emerge in adulthood or if they are there throughout our lives," says Nelson.

Her team tested this in 470 kids, from toddlers to teenagers. Researchers had kids look at a series of paired photos. Each pair showed a man with a beard and the same man clean-shaven, presented side-by-side.

Even little kids associated beards with being older and stronger. But when asked which face looked "best," young kids overwhelmingly avoided bearded men.

"As early as 1 year 9 months, they dislike beards," says Nelson, "and kids, as they got older, up to about 13 years, continue to dislike beards even more."

Kindness Vs. Cruelty: Helping Kids Hear The Better Angels Of Their Nature

Interestingly, around the age of puberty, young peoples' views changed. "Kids all of a sudden had a jump in beard preferences," says Nelson. They started to like beards more and judged them more like adults do.

"So it seems like probably other people's faces mean different things to children depending on where they are developmentally," she explains.

And personal experience seems to count, too — because "having a bearded father was associated with positive judgements of bearded faces," according to the researchers' report in the journal Evolution and Human Behavior.

Nelson says that she and her colleagues have been doing additional studies of how children perceive bearded men. In one, kids engage with a story that involves a magical island and a series of challenges. Children tended to pick bearded men to help them with feats involving strength, such as fighting a dragon or moving a large stone. But for tasks that involved trustworthiness, like hiding a treasure map, children preferred a smooth-faced partner.

"The understanding that beards are linked to strength is there very early, but they don't seem to trust beards at all," says Nelson.

Research shows that beards seem to enhance observers' ability to recognize facial expressions associated with anger, but not other emotions. Beards did not seem to offer any competitive advantage in mixed martial arts fighting, however, suggesting that beards might offer "dishonest signals of formidability."

Other studies of beards suggest that women, especially women with children, may perceive bearded men as better potential fathers.

So the decision of whether or not to grow a beard means weighing the various pros and cons, says Nelson.