Accessibility links
Jill Ellis Is Stepping Down As U.S. Women's Soccer Coach "The timing is right to move on, and the program is positioned to remain at the pinnacle of women's soccer," said Ellis, who won back-to-back World Cup titles and will depart in October.

Jill Ellis Is Stepping Down As U.S. Women's Soccer Coach

Jill Ellis Is Stepping Down As U.S. Women's Soccer Coach 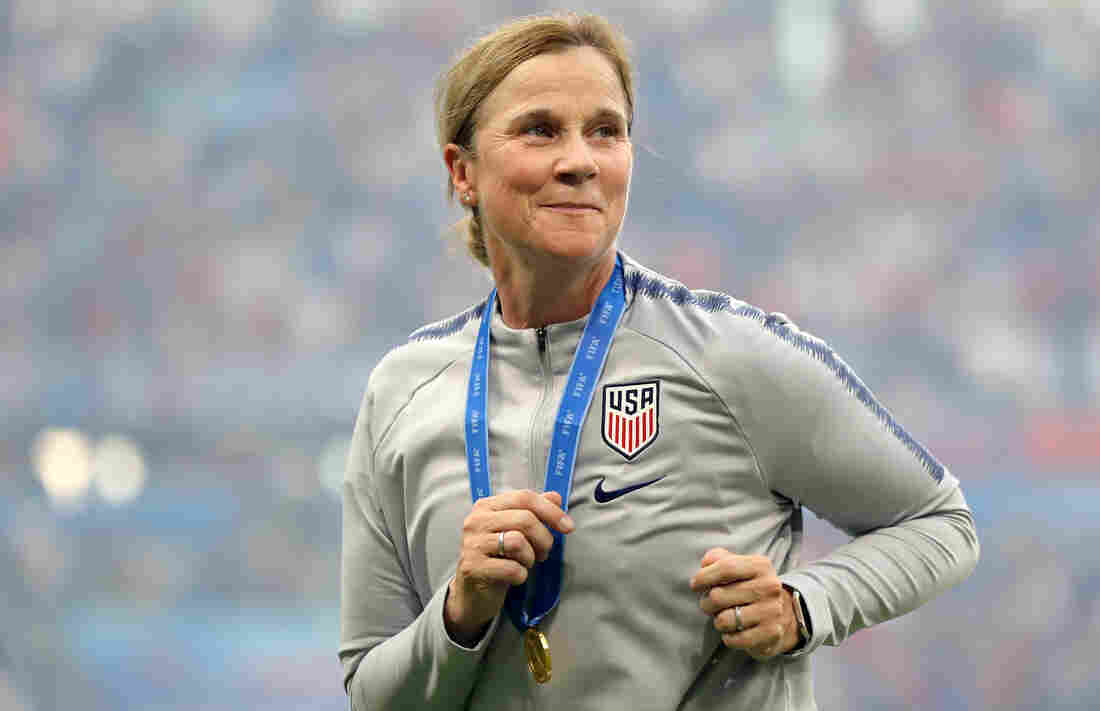 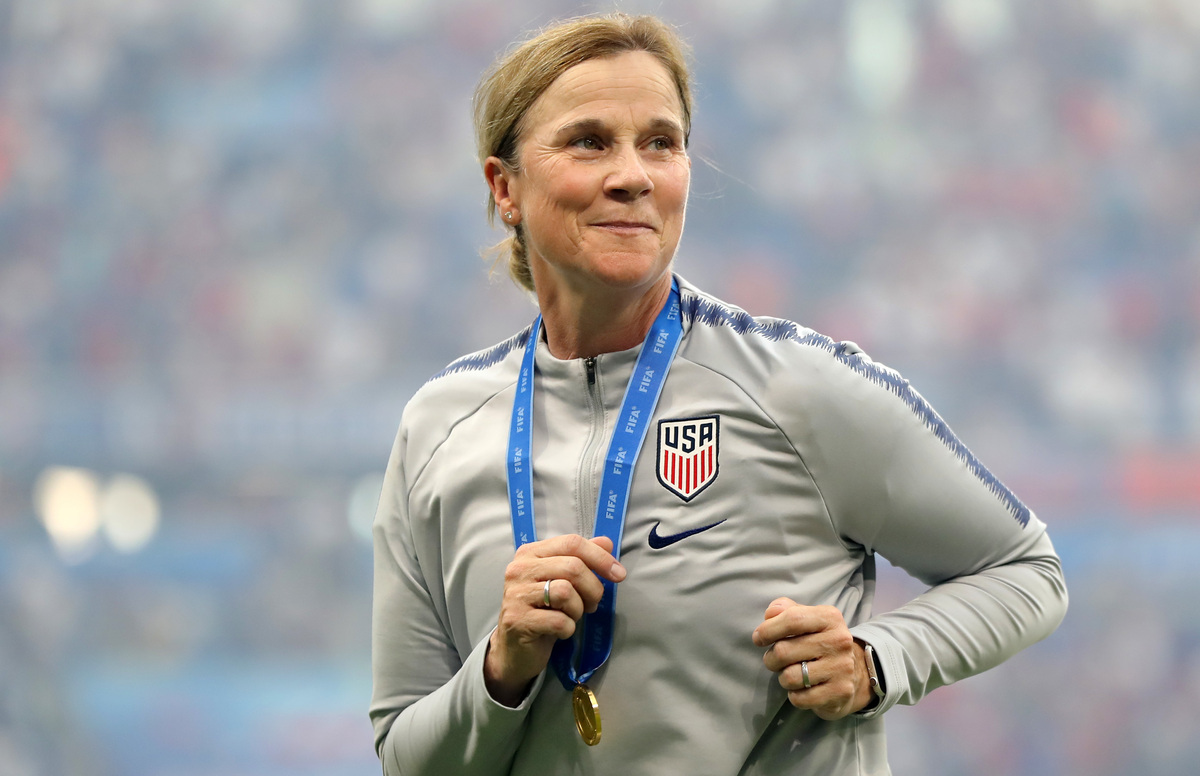 Jill Ellis, who won back-to-back World Cup titles with the U.S. Women's National Team, is stepping down as its coach, U.S. Soccer announced Tuesday. Ellis will make her official exit in October, after winning 102 games and losing only seven.

"When I accepted the head coaching position, this was the timeframe I envisioned," Ellis, 52, said in a statement from U.S. Soccer.

"The timing is right to move on and the program is positioned to remain at the pinnacle of women's soccer," she said. "Change is something I have always embraced in my life, and for me and my family, this is the right moment."

"The U.S. Soccer Federation and the sport in general owes Jill a debt of gratitude," U.S. Soccer President Carlos Cordeiro said. "Jill was always extremely passionate about this team, analytical, tremendously focused and not afraid to make tough decisions while giving her players the freedom to play to their strengths."

"The opportunity to coach this team and work with these amazing women has been the honor of a lifetime," Ellis said. "I want to thank and praise them for their commitment and passion to not only win championships but also raise the profile of this sport globally while being an inspiration to those who will follow them.

Ellis is fresh off an undefeated run in the Women's World Cup, in which the U.S. team defeated the Netherlands 2-0 in the final July 7 in Lyon, France.

During the World Cup, Ellis guided her squad through a gantlet of challenges, pulling off tense wins against physical opponents who were not cowed by the Americans' elite standing. Before the title match, the U.S. won three straight knockout phase by 2-1 margins, beating talented sides from host country France, as well as England and Spain.

Along the way to clinching the title, Ellis also helped the team overcome an injury to star player Megan Rapinoe, in addition to keeping them focused on their opponents on the field, rather than on critical remarks President Trump made about Rapinoe.

According to U.S. Soccer, Ellis will transition to being an "ambassador" for the sporting federation after she leaves the coach's post.

U.S. Soccer also announced the "imminent" hiring of a first-ever general manager for the women's team. Once that position is formally filled, the federation said, the search for a new head coach will begin.