Accessibility links
ACLU Says Family Separations Continue Under Trump Administration A year after a federal judge ordered an end to family separations, the ACLU says the practice continues. The government says it is allowed to consider a parent's health or criminal history. 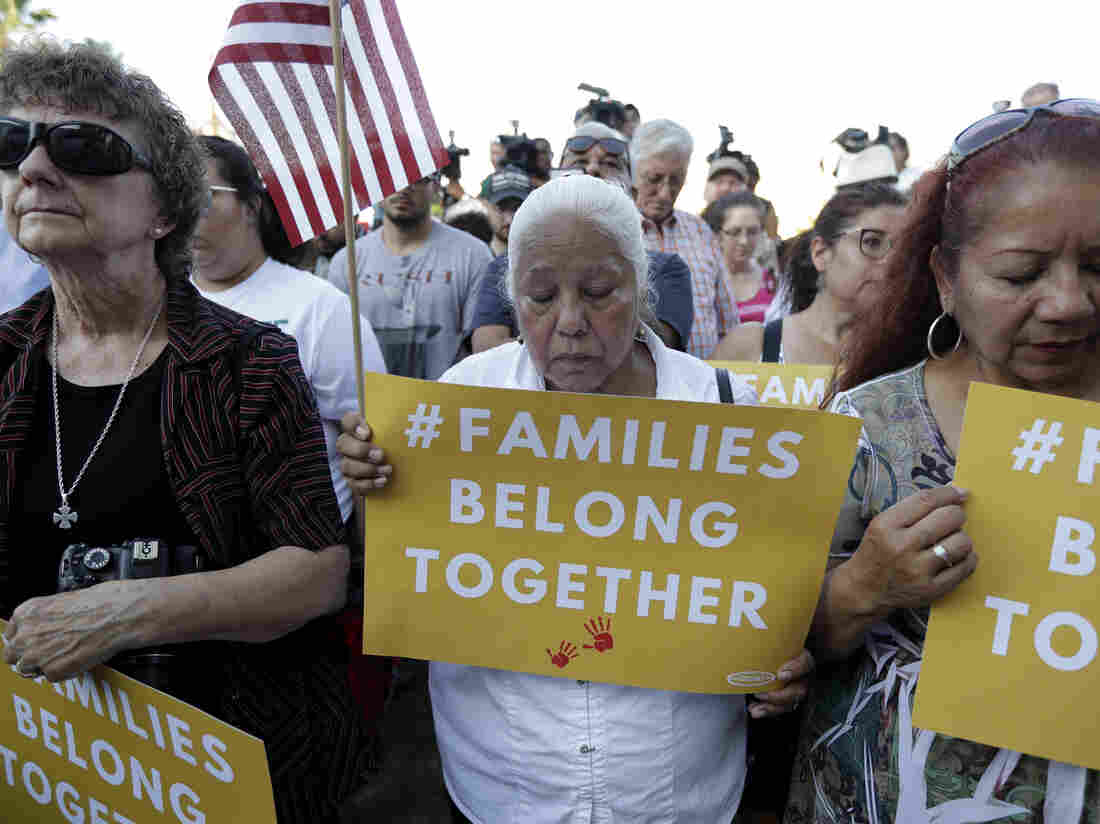 A Rally For Our Children event to protest the separation of migrant families last year in San Antonio. A federal judge ordered an end to the policy in June 2018. Eric Gay/AP hide caption 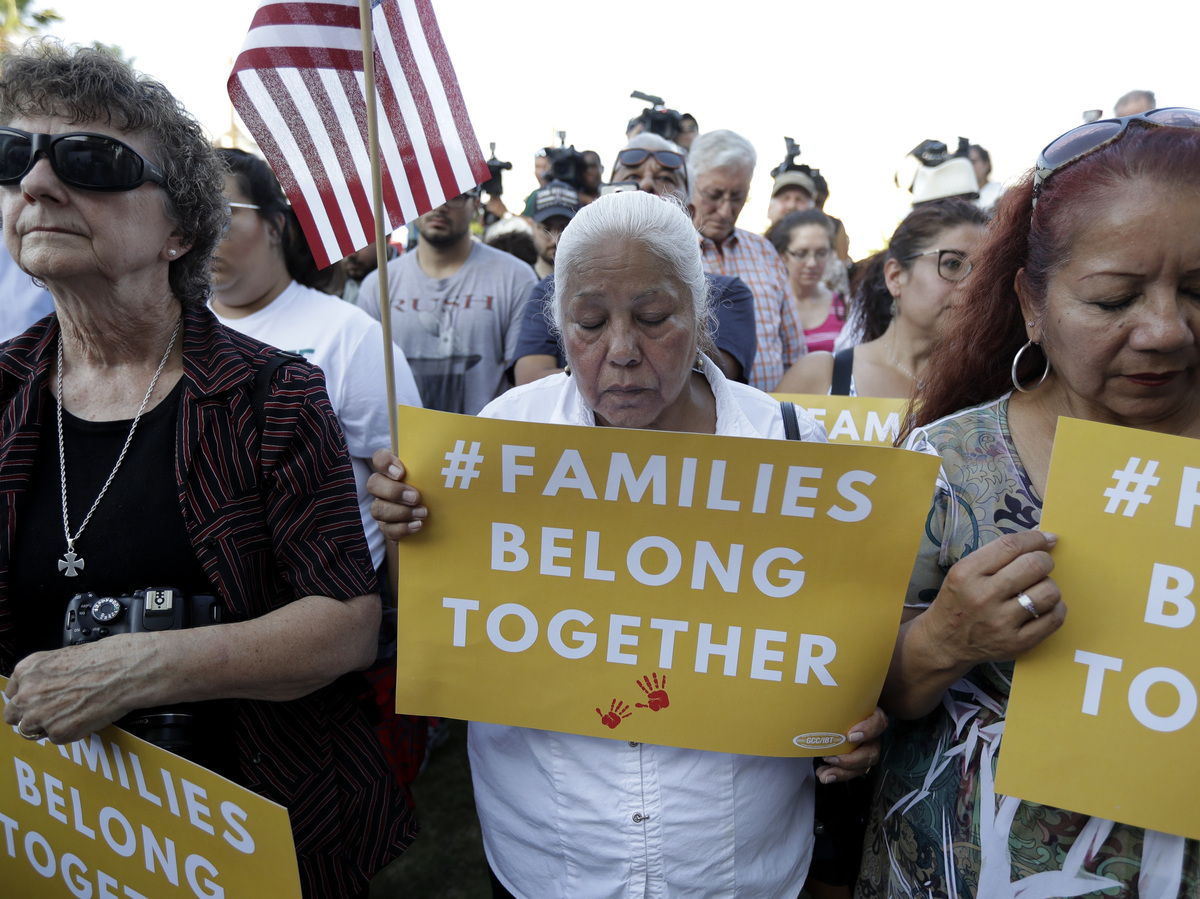 A Rally For Our Children event to protest the separation of migrant families last year in San Antonio. A federal judge ordered an end to the policy in June 2018.

The Trump administration continues to separate hundreds of migrant children from their parents despite a federal court ruling that ordered an end to the practice, according to court documents filed in California by the American Civil Liberties Union.

The ACLU said that more than 900 parents and children, including babies, have been separated by U.S. border authorities since U.S. District Judge Dana M. Sabraw, a George W. Bush appointee in San Diego, ordered the government to reunite more than 2,700 children with their parents more than a year ago.

The controversy caused such an outcry that President Trump ordered an end to family separations on June 20, 2018, six days before Sabraw's ruling. Trump's executive order allowed separations only in cases where the parents posed a risk to the child.

"It is shocking that the Trump administration continues to take babies from their parents," said Lee Gelernt, deputy director of the ACLU's Immigrants' Rights Project. "The administration must not be allowed to circumvent the court order over infractions like minor traffic violations."

When Sabraw ordered an end to family separations in June 2018, he "carved out" exceptions for parents whose criminal histories or communicable diseases posed a risk to their children.

The ACLU said the government is abusing its discretion by "separating young children based on such offenses as traffic violations, misdemeanor property damage, and disorderly conduct violations. Some of the separations are for offenses that took place many years ago. And some are for mere allegations or arrests without convictions."

Administration officials acknowledge that families are still being separated.

In a written statement before the House Oversight and Reform Committee earlier this month, the acting Homeland Security Secretary Kevin McAleenan (and former CBP Commissioner) cited the exceptions allowed under the judge's order, but he insisted that "CBP generally keeps family units together in its short-term holding facilities."

In his testimony, McAleenan said, "This is in the interest of the child. It's overseen by a supervisor, and those decisions are made."