Accessibility links
New California Law Says Presidential Candidates Need To Release Tax Returns California Gov. Gavin Newsom has signed a bill into law that requires presidential candidates to submit tax returns to qualify for the primary ballots. The law is expected to be challenged in court. 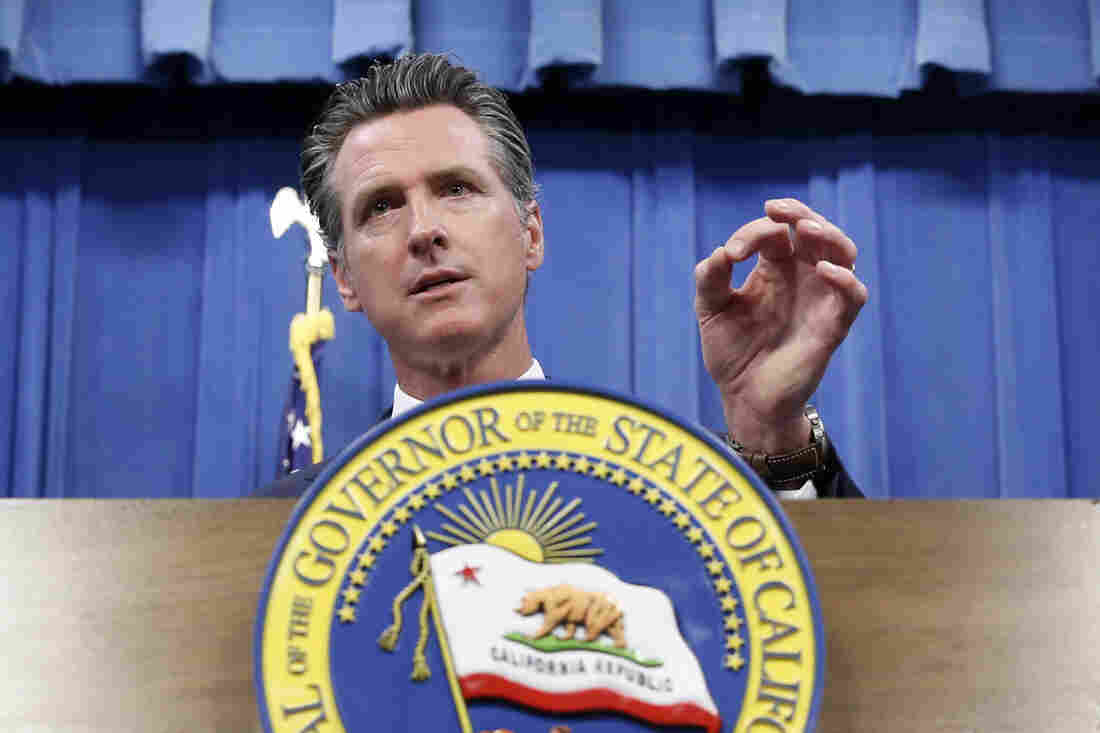 California Gov. Gavin Newsom signed a bill into law Tuesday that would require presidential candidates to release several years of tax returns to be on the primary ballot in the state. Rich Pedroncelli/AP hide caption 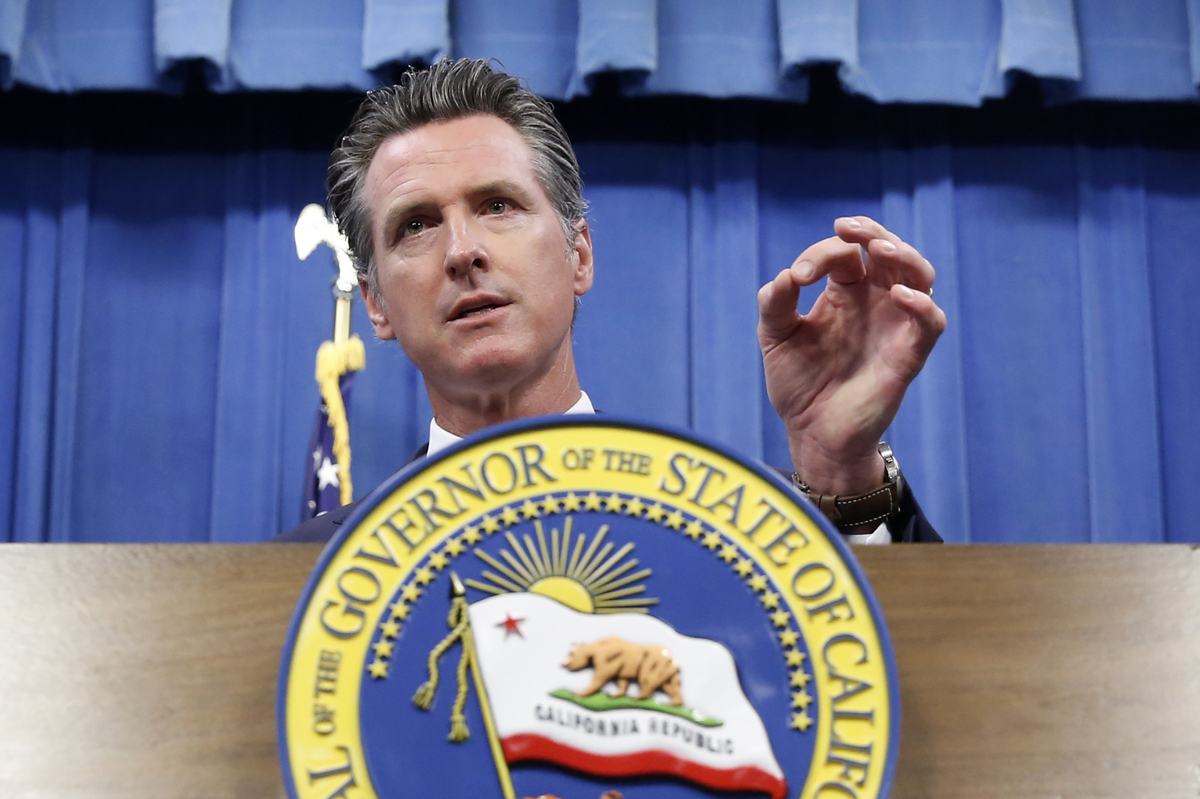 California Gov. Gavin Newsom signed a bill into law Tuesday that would require presidential candidates to release several years of tax returns to be on the primary ballot in the state.

A new law in California will require candidates for president to release their tax returns in order to appear on the primary ballot in March, 2020.

"States have a legal and moral duty to do everything in their power to ensure leaders seeking the highest offices meet minimal standards, and to restore public confidence," said California Gov. Gavin Newsom in his signing statement Tuesday. "The disclosure required by this bill will shed light on conflicts of interest, self-dealing, or influence from domestic and foreign business interest."

Candidates will have to submit five years of tax returns by November to be eligible for the primary ballot. California officials will post the information online for the public to access.

Newsom insists the law is constitutional, but it will almost certainly face a challenge in federal court. The law does not name a specific candidate, but opponents say it's a partisan ploy meant aimed at President Trump. They argue removing Trump's name from the ballot for failing to release his tax returns would amount to voter suppression.

According to Richard Hasen, professor of election law at the University of California Irvine, the requirement is the first of its kind. While a legal challenge seems inevitable, he says, the courts have not weighed in on the issue previously.

"I think it's uncertain as to what the courts will do about a challenge to the law," he says, adding that the case could find its way to the U.S. Supreme Court.

A New York state law signed earlier this month, which would require the release of Trump's tax returns to the state Legislature, remains tied up in court.

The California law would also apply to candidates for governor. However, it's unclear if the requirement will apply to them immediately.

Newsom's Democratic predecessor, Jerry Brown, vetoed similar legislation in 2017. He expressed concerns about the constitutionality of the requirement. He also said it could create a "slippery slope."

"Today we require tax returns, but what would be next? Five years of health records? A certified birth certificate? High school report cards?" Brown said in his veto statement.

While Newsom released six years of tax returns during the 2018 election, Brown declined to release his while running for governor.

A spokesperson for the White House declined to comment.