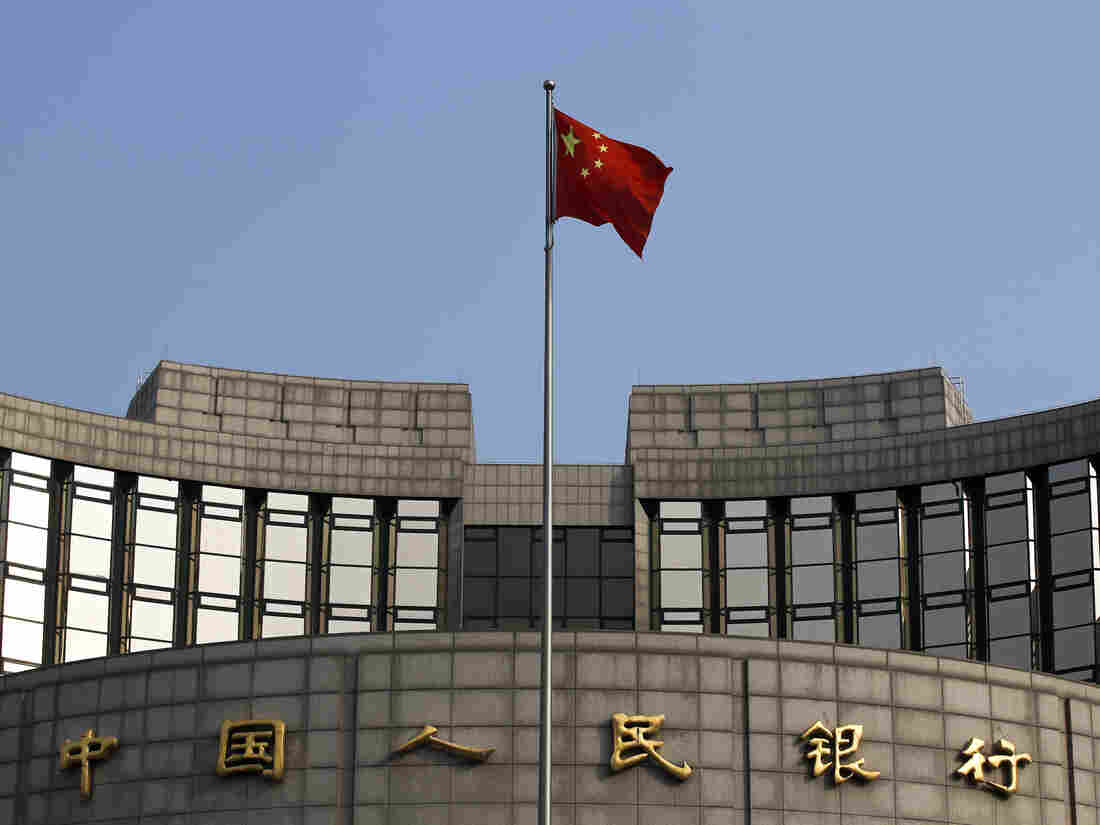 A Chinese national flag flutters in front of the People's Bank of China, the country's central bank, in Beijing. The bank plans to launch a cryptocurrency. Andy Wong/AP hide caption 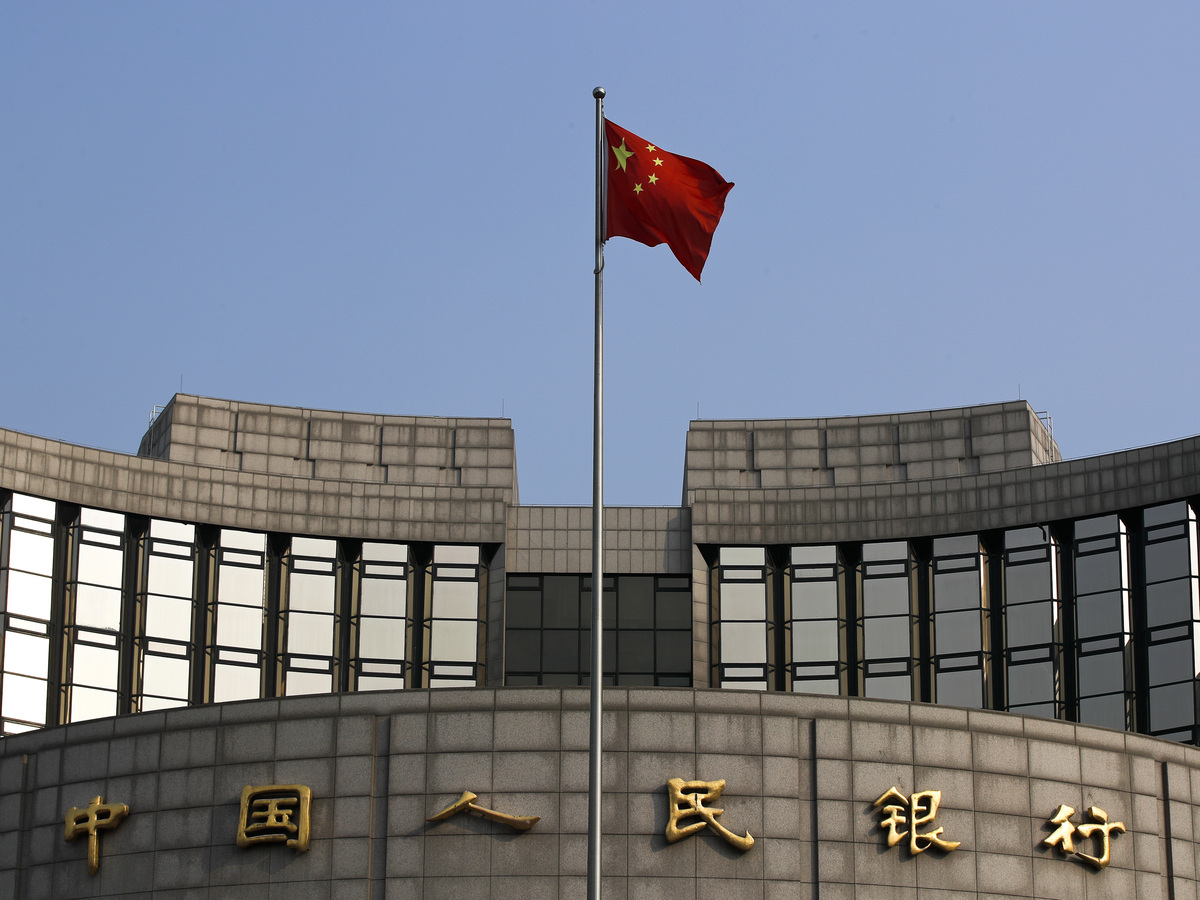 A Chinese national flag flutters in front of the People's Bank of China, the country's central bank, in Beijing. The bank plans to launch a cryptocurrency.

That's because since 2014, the People's Bank of China has been looking into building its own, centrally controlled cryptocurrency.

"We will keep a close eye on the new global digital currency," Wang Xin, research director at China's central bank, said of Libra at a conference in early July in Beijing. "We had an early start ... but lots of work is needed to consolidate our lead."

"China relies on the mobile payments sector immensely. We have had a long lead time [over Libra] with the success of WeChat and Alipay, but Libra represents a huge threat on mobile payments," says Chuanwei Zou, chief economist at Bitmain, a large Chinese company that sells equipment used to create or "mine" cryptocurrencies.

Facebook hopes to roll out Libra in the first half of 2020, presenting the most significant competition to China's cryptocurrency ambitions. The U.S. social media company has 2.5 billion users, more than twice the amount commanded by WeChat. That gives Facebook an immediate leg up in the race for a global cryptocurrency.

"If Facebook is able to attract and turn a good number of its current users of Facebook and WhatsApp into Libra coin holders and users, it could immediately leapfrog all of what China has done in terms of building up users," says Martin Chorzempa, a research fellow at the Peterson Institute of International Economics.

Facebook is building a global coalition of partners, each with a stake in the Libra Association, a nonprofit organization registered in Switzerland that will manage the cryptocurrency day to day. Facebook says it has already signed on 27 partners, including Visa, PayPal and Lyft.

At stake in the cryptocurrency competition is control over financial data collection and the ability to conduct trade worldwide. The United States currently has an effective veto power over the global financial transactions system because so much of the world's commerce is done in U.S. dollars, allowing it to sanction its enemies and let its companies operate globally with little to no transaction costs.

China has long sought to unseat the dollar as the world's top currency with the yuan, also known as the renminbi.

"Having a global currency is a demonstration of a country's influence. It reflects the competitiveness of your country's economy," says Bitmain's Zou. "The fear is that Libra might replace renminbi's position in the world."

Libra will draw its value from a combination of major currencies, such as the dollar and the euro. Facebook has not said whether the yuan will be included. Depending on the final ratio, the new money could rely heavily on the dollar for stability.

China was once the biggest miner of Bitcoin and other cryptocurrencies, thanks to the country's cheap and plentiful hydropower used to fuel the processing power needed to create new digital coins.

But in 2017, Chinese regulators began a crackdown on Bitcoin and other digital currencies that persists to this day. The authorities wiped out private exchanges and banned the creation of new cryptocurrencies, over concerns that they would enable an exodus of money and destabilize the economy.

Should Libra take off, China might be convinced to loosen up its restrictive cryptocurrency regulations to allow big Chinese technology companies such as Alibaba and Tencent to issue competing digital currencies. Zhou Xiaochuan, the former director of the People's Bank of China, floated the idea of allowing "commercial entities" to issue tokens in a speech this month, according to a transcript.

Of course, China could also ban Libra from its cyberspace, just as it has already barred access to Facebook and its suite of products, Instagram and WhatsApp. But such a gamble might only work if Libra is not widely adopted.

"The problem for China is if Libra is really successful around the world and it's banned in China then China is in a losing position and its companies might be in a disadvantage in the digital economy versus companies that are able to accept Libra," says the Peterson Institute's Chorzempa. "That's quite a scary prospect."

Facebook executives are framing Libra as a necessary move to challenge China's advances in cryptocurrencies and the new money's record-keeping technology known as blockchain. "I believe that if America does not lead innovation in the digital currency and payments area, others will," David Marcus, the man in charge of making Libra happen, told members of the House Financial Services Committee in prepared testimony on July 17.

However, bipartisan concerns over the potential use of the Libra in illicit activities could delay its launch.