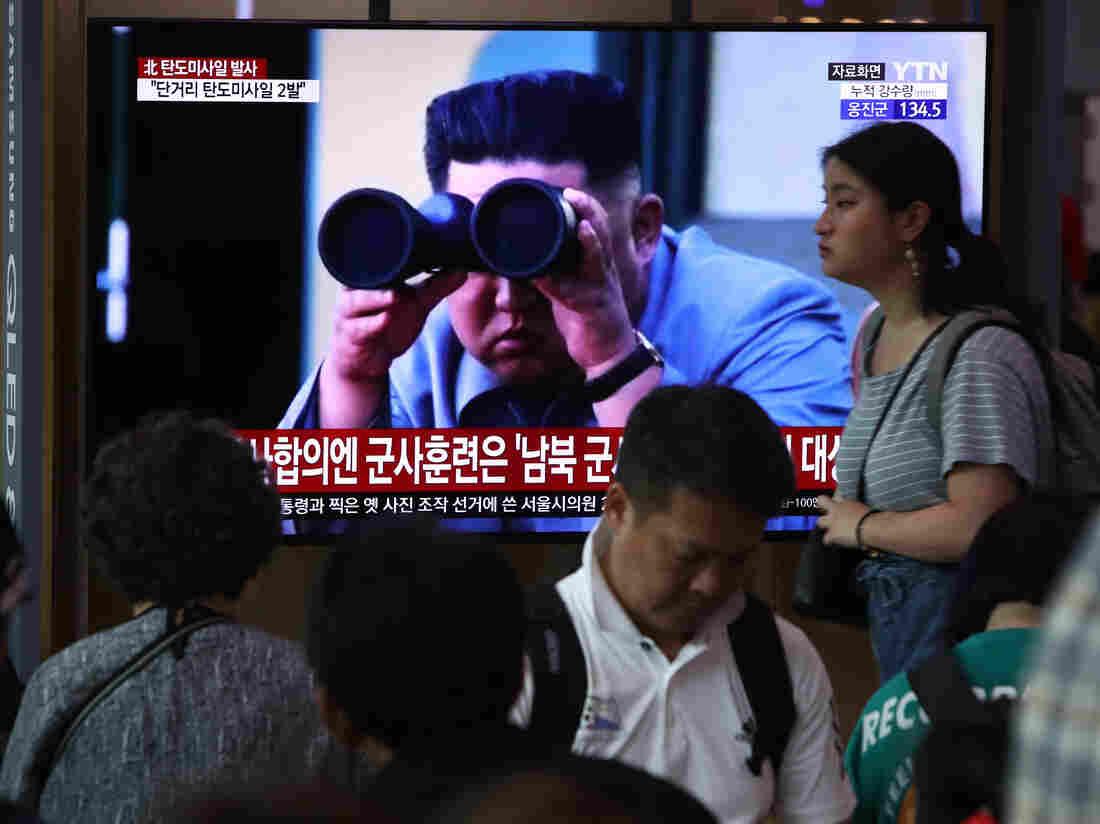 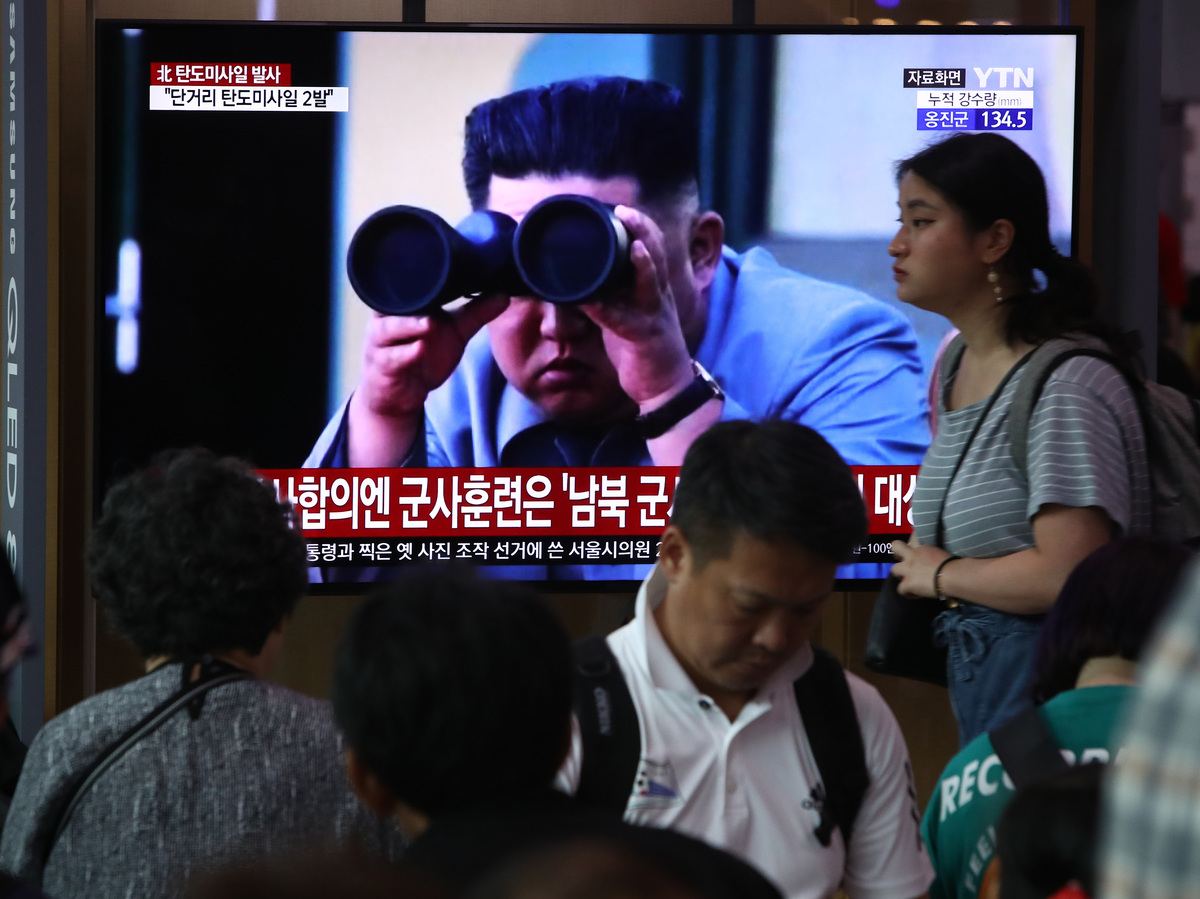 A week after similar tests, North Korea has again fired two short-range missiles into the waters that separate it from Japan, according to South Korea's military.

South Korea's Joint Chiefs of Staff announced that the missiles, which flew about 155 miles and reached an altitude of 18 miles, were launched about 20 minutes apart early Wednesday morning from the Kalma area near North Korea's Wonsan port, according to the Yonhap news agency.

South Korean officials believe the missiles launched last week were KN-23s, Pyongyang's version of a Russian short-range Iskander missile. The missiles in the latest test have yet to be identified, but appear to have flown a shorter distance.

An expert quoted by Reuters says the KN-23s are designed to evade missile defense systems by flying a "low-altitude gliding and leaping" pattern.

"Successive missile launches by North Korea are not conducive to efforts to reduce tensions on the Korean Peninsula and we call for a halt to these acts," the Joint Chiefs of Staff said in a statement.

A spokesman for U.S. military forces in South Korea, Col. Lee Peters, was quoted by Reuters as saying: "We are aware of reports of a missile launch from North Korea and we will continue to monitor the situation."

The latest tests came on the same day that Secretary of State Mike Pompeo said he was "hopeful" that stalled talks between the U.S. and North Korea would resume.

"We think they'll be started before too long," Pompeo said ahead of his arriving in Bangkok for an Asian security summit.

North Korea said last week that the launches then were meant to send a "solemn" warning to the South not to purchase fighter jets from the U.S. or to conduct planned joint military exercises with American forces next month.

After ratcheting up tensions with North Korea, President Trump last year abruptly agreed to meet the country's reclusive leader, Kim Jong Un. At a summit in Singapore last June, Trump declared that North Korea was no longer a threat and that denuclearization of the Korean peninsula was at hand. Trump has said of the meeting that he and Kim "fell in love."

Even so, a subsequent summit between the two leaders earlier this year in Vietnam quickly fell apart, with Trump and Kim leaving the venue without a one-on-one meeting.

However, Trump visited Korea in June, arriving there unexpectedly after attending the G-20 summit in Osaka, Japan.

On Kim's invitation, Trump made a symbolic step into the North across the Demilitarized Zone, the first-ever for a U.S. president.

A senior Trump administration official said Tuesday that the president had sent Kim photographs of last month's historic meeting at the DMZ as mementos.