Accessibility links
Ben Carson Compares Baltimore To Cancer Patient, Adding To Trump Assault On City His trip to Baltimore comes as the city and its long-time Rep. Elijah Cummings D-Md., have been the targets of a series of disparaging tweets by President Trump. 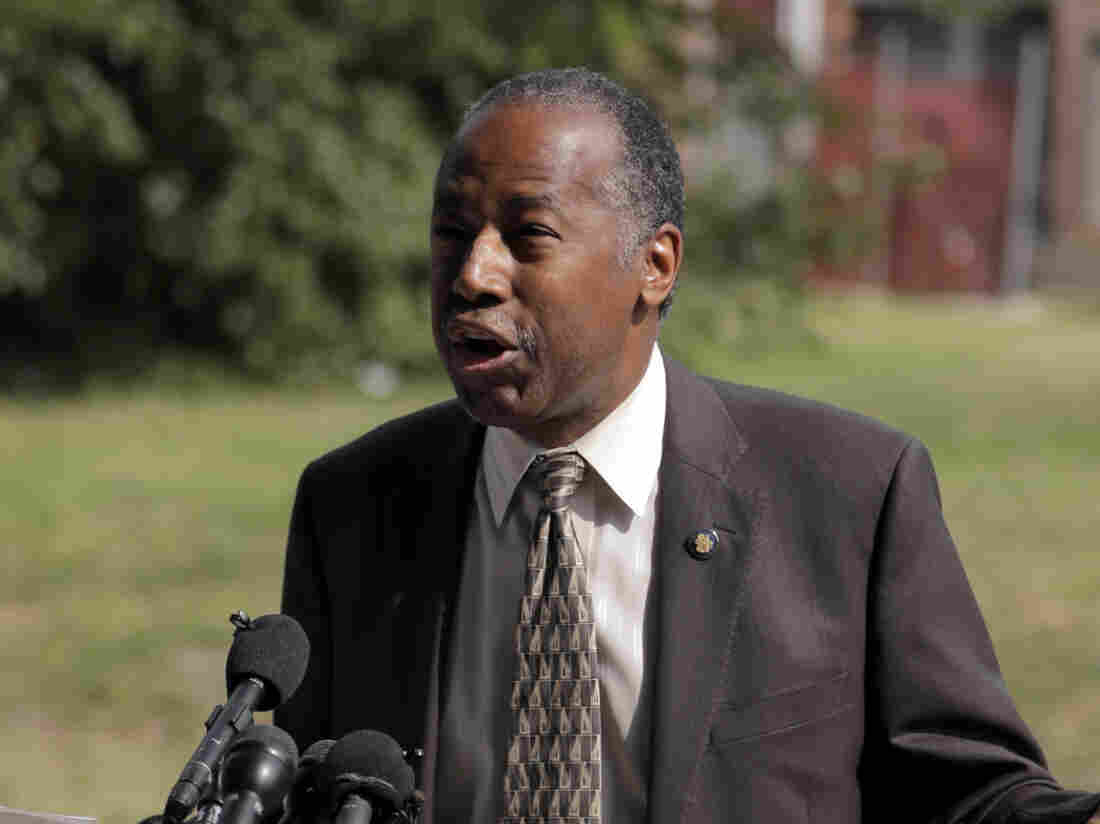 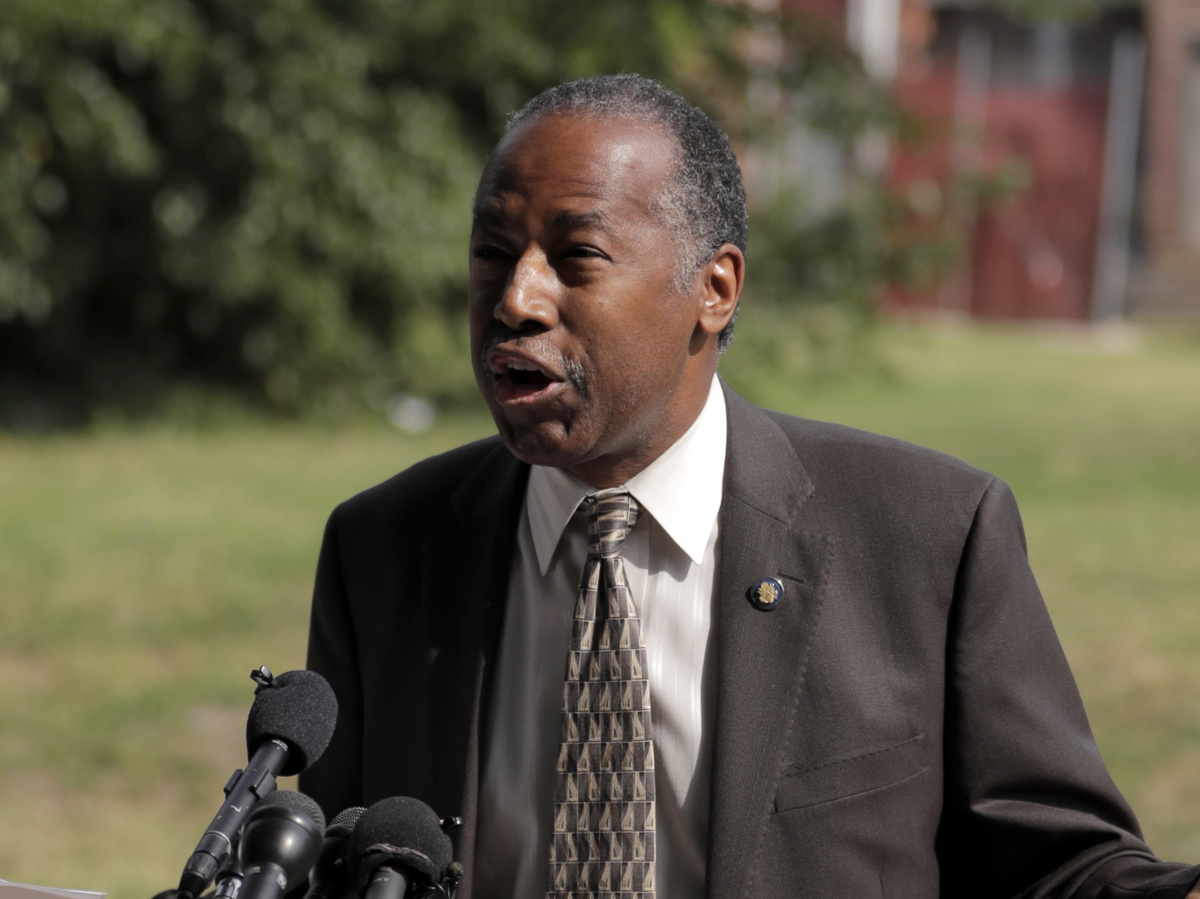 HUD Secretary Ben Carson speaks during a news conference after touring a housing development in Baltimore.

Housing and Urban Development Secretary Ben Carson made a visit to Baltimore on Wednesday and renewed his defense of President Trump's disparaging comments about the city, and reiterated his own critique of the city where he lived for more than three decades.

Carson, who built a career as a widely-respected pediatric neurosurgeon at The Johns Hopkins Hospital in Baltimore, went on to liken the city's social and economic woes to someone afflicted with cancer.

"You can dress them up and put a nice suit on him and you can try to ignore it, but that cancer is going to have a devastating effect. You have to be willing to address that issue if you're ever going to solve it," Carson said.

Baltimore and Rep. Elijah Cummings, D-Md., whose majority African American district encompasses much of the city, have been the targets of a series of controversial Trump tweets that began over the weekend.

In comments widely condemned as racist, Trump referred to Cummings, who is black, as "a brutal bully," said the city was "a "disgusting, rat and rodent infested mess." He also tweeted "no human being would want to live there."

At the White House on Tuesday, Trump accused Baltimore officials of being corrupt and stealing billions of dollars.

Carson, who is also black, on Wednesday reaffirmed his support for some of the president's remarks about Baltimore. He said that while he was a practicing physician in Baltimore, he was often caught in a "dilemma," over whether to send some children back to their homes in poor neighborhoods in East or West Baltimore.

"Where there were rats and roaches and mice and ticks, where there was just unabated lead problems that were having devastating effects on the mental development of young people," Carson said. "That was a problem for me and it stayed on my mind a lot."

On Monday, Carson told Fox News anchor Tucker Carlson that he would sometimes order additional tests to allow patients to spend a few more days in the hospital before going home.

Carson's Wednesday press conference was originally scheduled for an open field across from the Hollins House, a high-rise building with 130 units and the site of a multi-million-dollar renovation that began under the Obama administration. 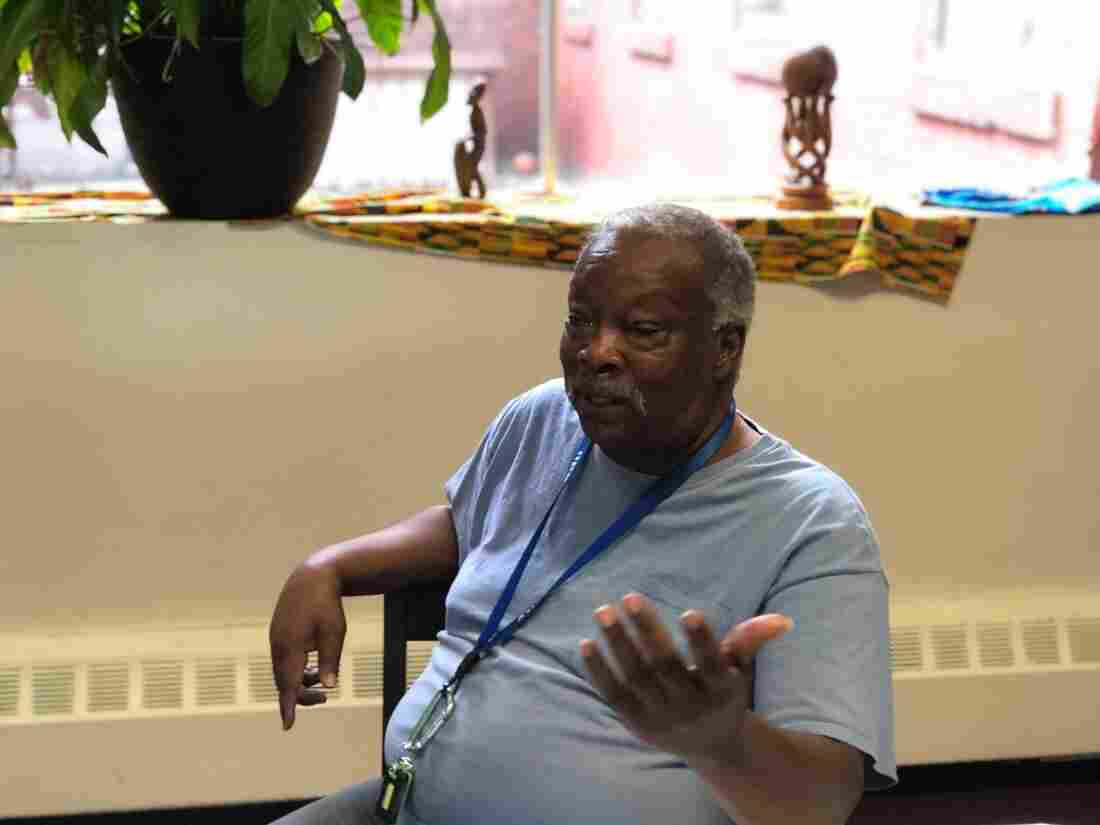 Morning Star Baptist Church member Gregory Evans speaks to reporters about why asked HUD officials to move their press conference from the church's property. "There was no permission granted." Brakkton Booker/NPR hide caption 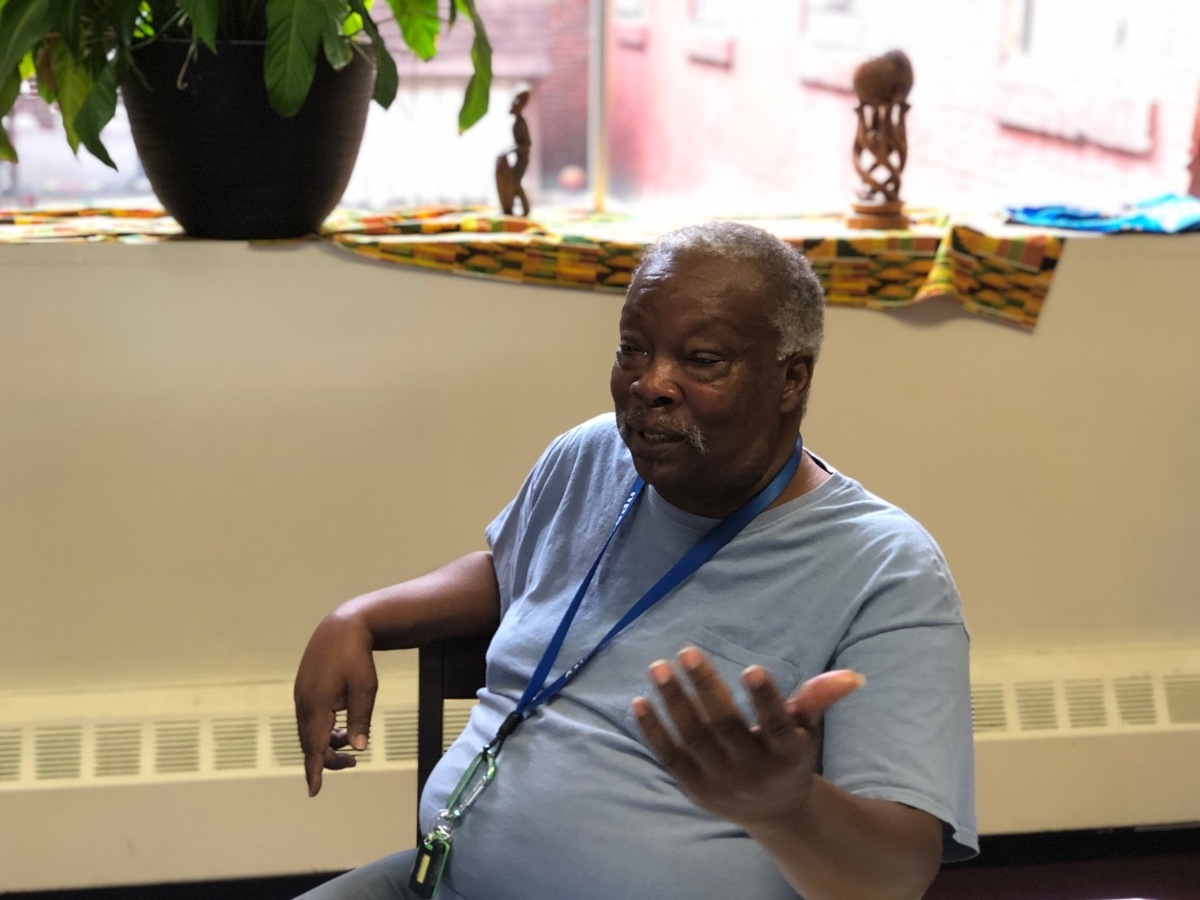 Morning Star Baptist Church member Gregory Evans speaks to reporters about why asked HUD officials to move their press conference from the church's property. "There was no permission granted."

But the event had to be hurriedly moved to an alleyway because a member of Morning Star Baptist Church, Gregory Evans, objected to the event being held on church's property.

"You have not asked for any permission to be here," Evans told a Carson handler.

Carson addressed the matter during his remarks saying it was important to work together and called it "madness" that a church would boot him off its property "when we're talking about helping people."

Evans said no one informed the church that HUD would be holding a press conference on its property and said he did not believe that the Trump administration was doing enough to help people in his community.

"You can look across the street from the church and see the dilapidated housing. You can see the houses on both sides of the church are falling down," Evans said. "You don't need me to point that out."

Carson did not unveil any new housing policy at the event, but he did tout the benefits of a Trump-backed opportunity zones program that offers tax incentives to attract investment to distressed neighborhoods.

Trump said he would visit Baltimore himself "at the right time." Carson said he has spoken with the president over the last few days and said Trump was "very willing to work with the people here in Baltimore, including with Elijah Cummings."

Carson added: "You know, the president's emphasis is on the people."