Accessibility links
Bangladesh Reports More Than 13,000 Dengue Cases In July It's the highest number since 2000, when the country first started to keep records of the disease. 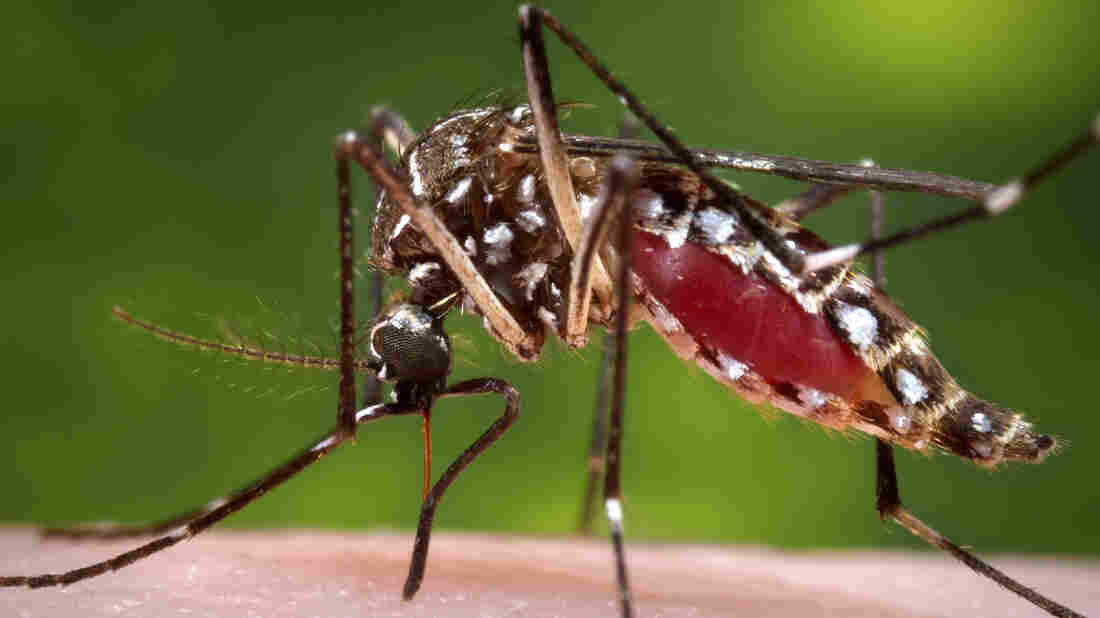 Female Aedes aegypti mosquitoes like this one are responsible for transmitting dengue fever in Bangladesh and other countries. The fever's season is getting longer, experts say. James Gathany/CDC Handout via Reuters hide caption 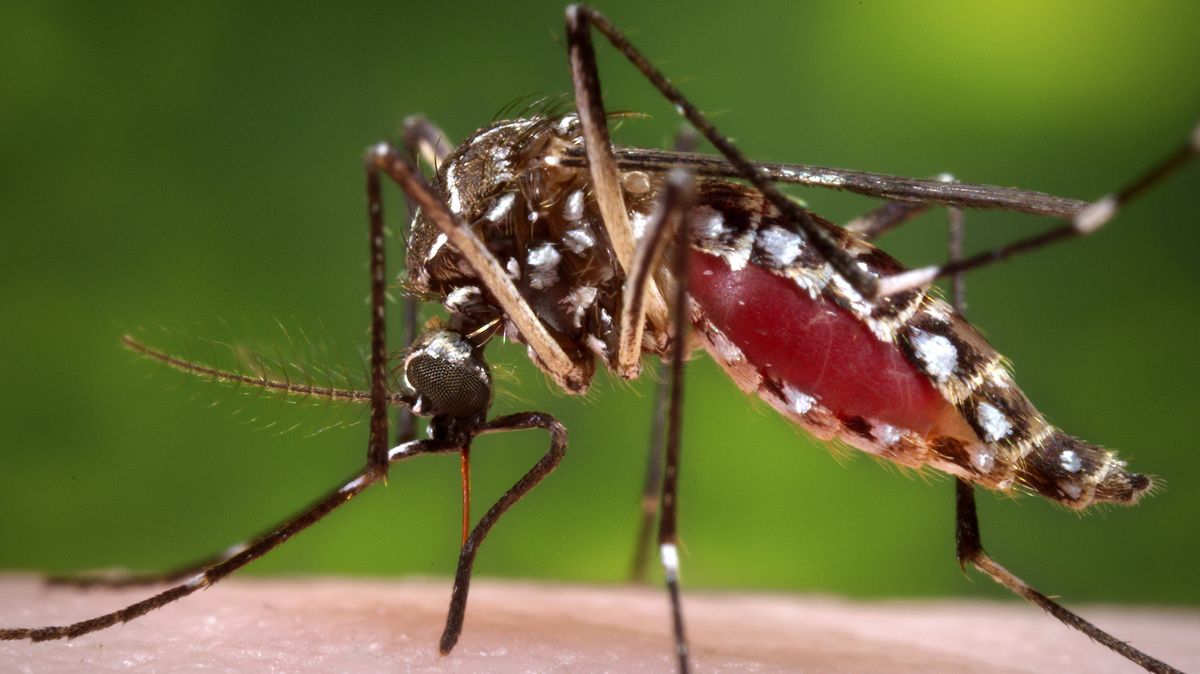 Female Aedes aegypti mosquitoes like this one are responsible for transmitting dengue fever in Bangladesh and other countries. The fever's season is getting longer, experts say.

Bangladesh is grappling with a record-breaking spike in dengue fever, with 1,477 new patients diagnosed just within the past 24 hours, according to the health ministry. Experts say the rise is part of a regional trend, driven by climate change and other factors.

Bangladesh is seeing the highest number of dengue cases since 2000, when the country first started to keep records of the disease. As of midday Wednesday local time, 15,369 cases of dengue had been reported so far in 2019, Ayesha Akhtar, assistant director at the Directorate General of Health Services in Bangladesh, tells NPR.

The capital city of Dhaka, which is densely populated with 20 million people, is one of the worst-hit spots in Bangladesh. But across the country, hospitals are overflowing with dengue patients, with reports of hospitals running short of beds or being unable to admit any more patients have been reported.

Dengue is not often fatal: While up to 400 million people are infected with dengue in an average year, only a quarter of that figure get sick and 22,000 people die from severe cases, the Centers for Disease Control and Prevention says.

Dengue season normally begins in Bangladesh when the monsoon rains arrive in June; historically, it has dissipated along with the rains in September. But the dengue season has been getting longer — and as a recent article in The Lancet medical journal notes, "2018 saw an explosion of recorded dengue cases— more than triple the number of cases recorded in 2017."

In addition to climate change, civic problems such as rapid and unplanned construction and ineffective sanitation practices have made the situation worse, The Lancet reported. 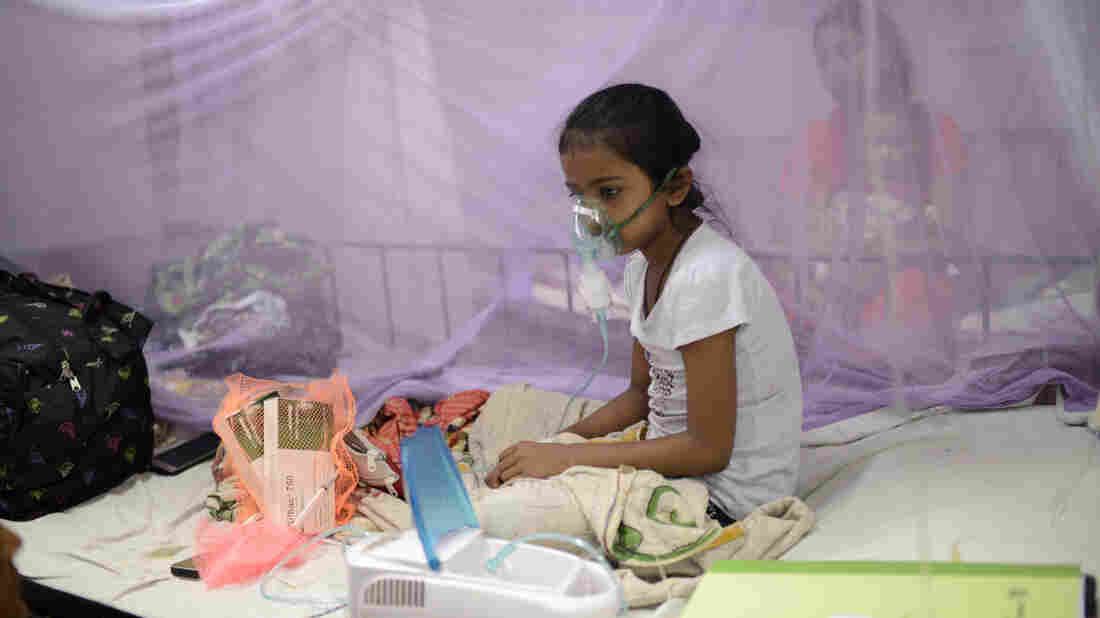 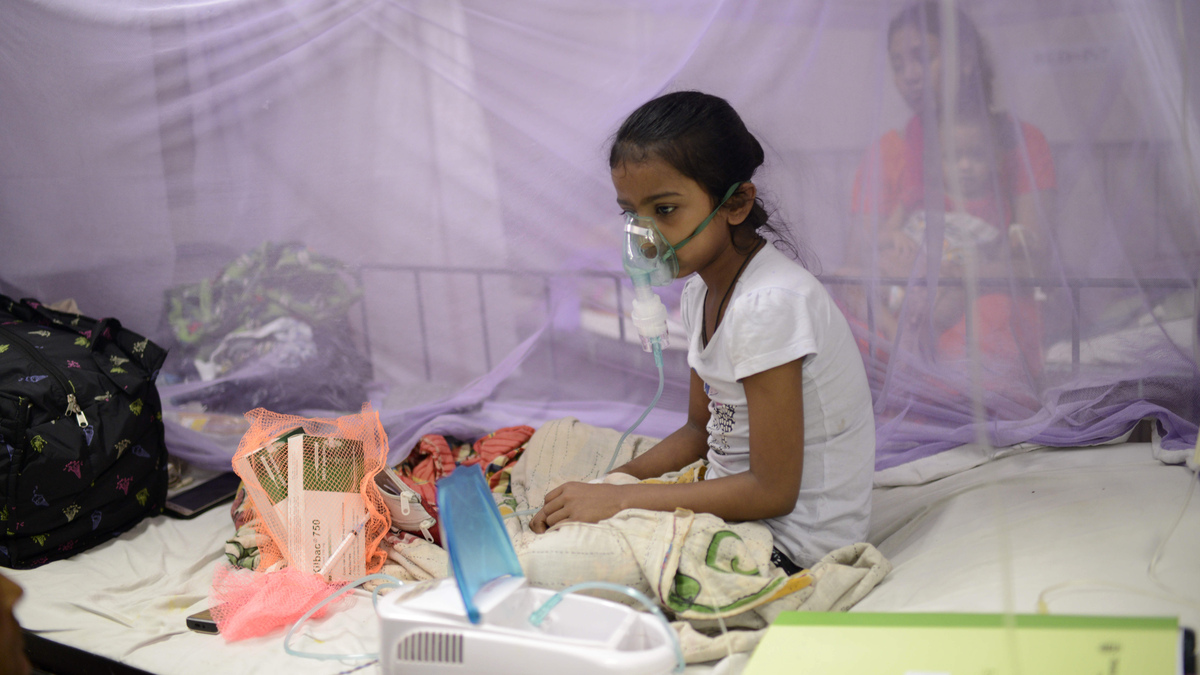 A girl receives treatment for dengue at Dhaka Shishu Hospital in Dhaka, Bangladesh, Wednesday. The country is facing its worst-ever dengue fever outbreak as hospitals are flooded with patients.

The journal quoted Emranul Haq, consortium manager for urban health at Concern Worldwide, saying, "If you look at the hot spot areas, where the high numbers of cases and deaths are, you will see that it's shifted from not just extreme slum areas and very unhygienic canal areas but to richer areas."

Bangladesh's health ministry is trying a number of methods to fight the further spread of the disease, including providing free dengue tests at state-run hospitals.

"The government is providing free treatment in public hospitals," Akhtar says. She adds, "We are offering to reimburse private clinics and hospitals for treating patients admitted with dengue."

This year has seen an increased number of dengue cases in a number of tropical Asian countries. Earlier this month, the Philippines declared a national emergency after more than 400 people lost their lives to dengue. And Singapore has had 8,000 dengue cases this year — five times higher than in 2018. A five-fold increase was also reported in Cambodia.

Dengue is a mosquito-borne viral disease that is spread to humans by bites from the female Aedes aegypti mosquito. Dengue symptoms can include severe bone and muscle pain — leading to its nickname, breakbone fever. Other effects are more flu-like, including a fever, headache and nausea.

About 1 in 20 people who are infected with dengue will suffer a severe form of the disease, according to the CDC. Symptoms in those cases can include internal bleeding and death.

"You are more likely to develop severe dengue if you have had a dengue infection before," the CDC says. And because there are four forms of the dengue virus, anyone who contracts it is also vulnerable to being infected three more times in their lifetime.

Up to 1970, only nine countries had recorded incidents of dengue. It is now endemic in 100 countries, according to the World Health Organization.