Accessibility links
Son Of Osama Bin Laden Is Dead, Media Reports Say Several media organizations quote anonymous U.S. officials as saying they believe the purported heir to the leader of al-Qaida died but they don't offer details about how or when. 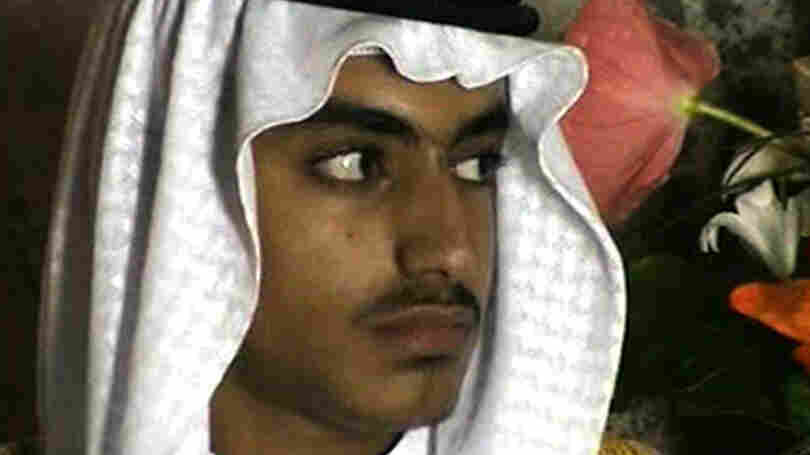 Hamza bin Laden, the son of al-Qaida leader Osama bin Laden, is shown at his wedding in a video image released by the CIA in November 2017. AP hide caption 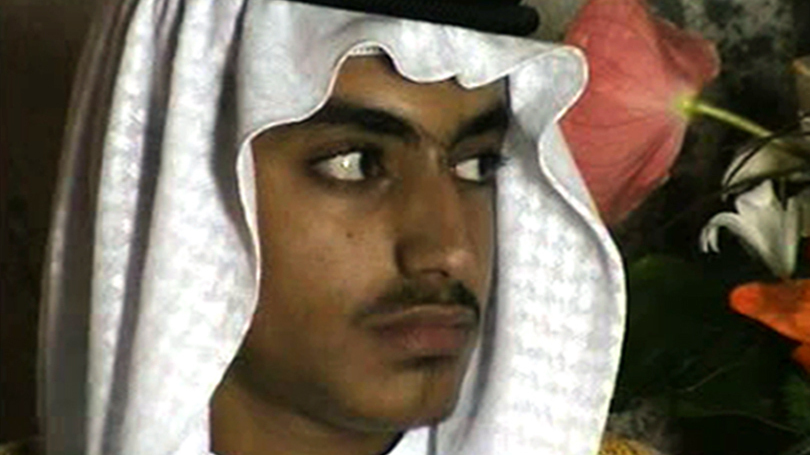 Hamza bin Laden, the son of al-Qaida leader Osama bin Laden, is shown at his wedding in a video image released by the CIA in November 2017.

Speaking on the condition of anonymity, officials said Hamza bin Laden was killed during the first two years of the Trump administration, but they did not disclose where or exactly when the operation occurred, nor what role the U.S government played, according to the New York Times. They said he was killed before February 2019 when the State Department announced a $1 million reward for information about his whereabouts before U.S. officials could confirm his death.

The death of Osama bin Laden's heir was first reported by NBC News.

President Trump was asked by reporters about it on Wednesday, but he said only, "I don't want to comment on that."

Reuters reports that U.S. officials only recently reached the conclusion that the younger bin Laden was dead.

Osama bin Laden was killed in a raid by Navy Seals in 2011 in Abbottabad, Pakistan. The reports suggest that Hamza bin Laden was groomed for eventual leadership of al-Qaida. In an extensive article published by the Combatting Terrorism Center at West Point, a former F.B.I agent, Ali Soufan describes Hamza as his father's favorite son.

"Many factors suggest that Hamza could be a highly effective leader: his family pedigree, his dynastic marriage, his longstanding jihadi fervor and obvious charisma, and his closeness to al-Qa`ida's most senior operatives," Soufan wrote. "It remains to be seen how, exactly, the organization will make use of him, but it is clear that his star is on the rise. That should worry policymakers in the West as well as in the Muslim world."

In March 2018, Hamza bin Laden, through al-Qaida's media outlet, issued a statement threatening Saudi Arabia and urging the people of the Arabian Peninsula to revolt, according to the United Nations Security Council. He had made earlier threats against American, French and Israeli interests dating to 2015.