Accessibility links
This Remote Corner Of Nevada Is One Of The Darkest Places In The World Because of light pollution, most people in the U.S. don't know what a full night sky looks like. But the Massacre Rim area in Nevada has recently been designated a Dark Sky Sanctuary. 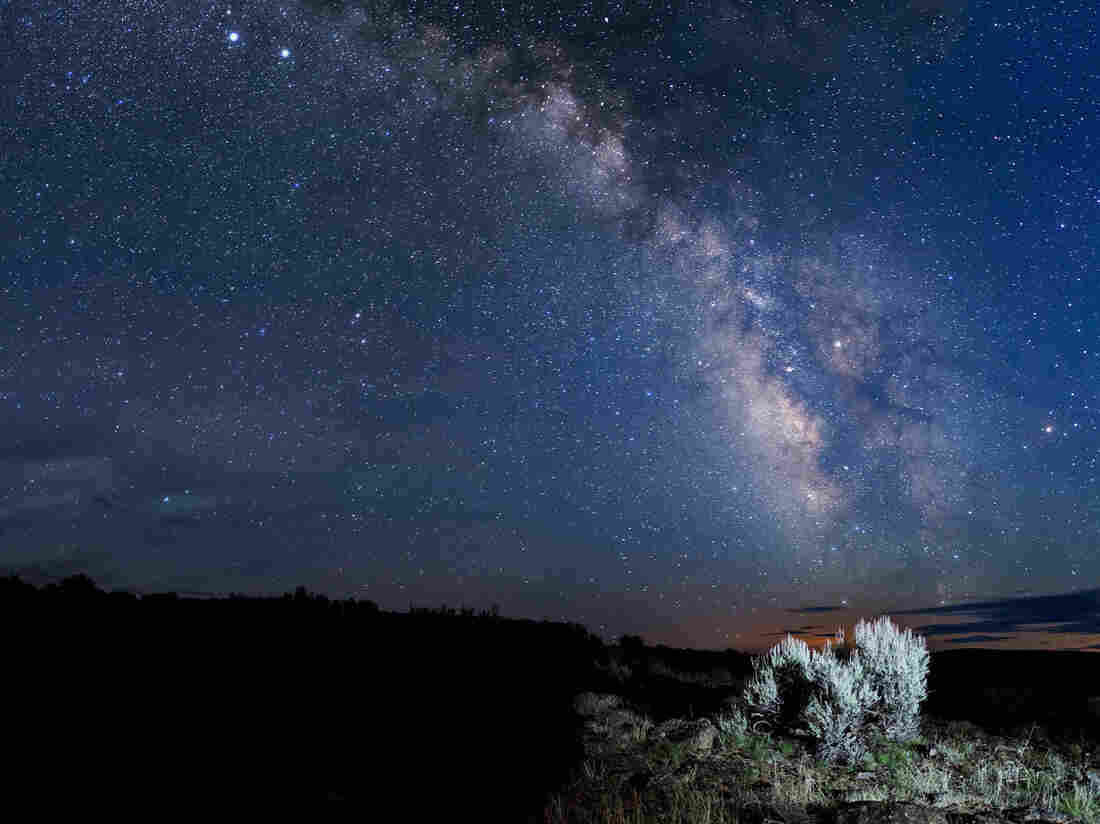 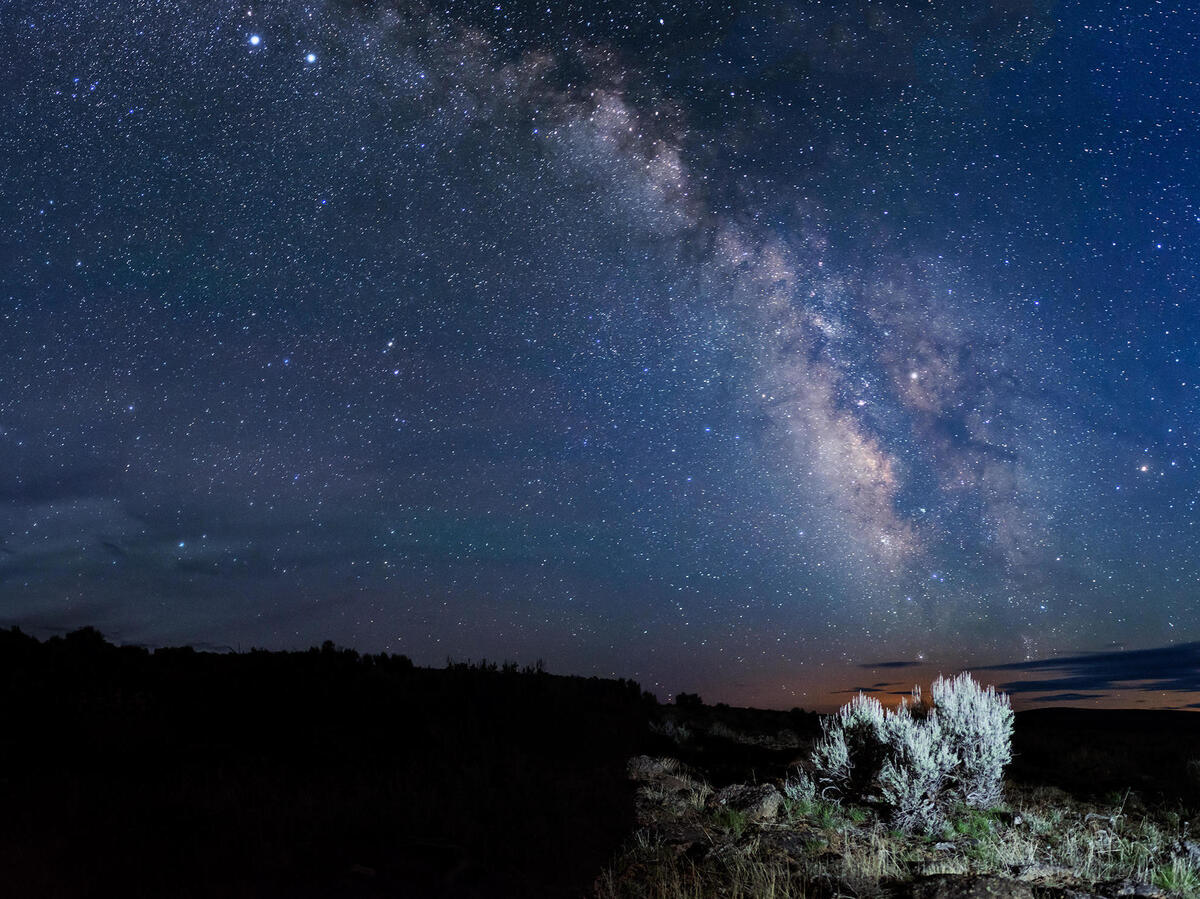 Jen Rovanpera drives through remote and rough parts of northwestern Nevada, about 6 miles outside the Oregon border. She is an archaeologist with the Bureau of Land Management. Today, she isn't looking for artifacts.

She is showing off the vast area of Massacre Rim, the country's largest and newest Dark Sky Sanctuary.

"It's an immense area of darkness. The sanctuary is just a small fraction of that area," she says, pointing out across a lookout point just north of the site.

Rovanpera recently worked with the International Dark Sky Association to get this area designated. The title doesn't come with any legal protections, but land managers do have to adopt a lighting policy that preserves the night sky.

"I think it promotes recognition of what an amazing resource it is, and also awareness that parts of the country were losing this opportunity to really enjoy the natural night sky," Rovanpera says. 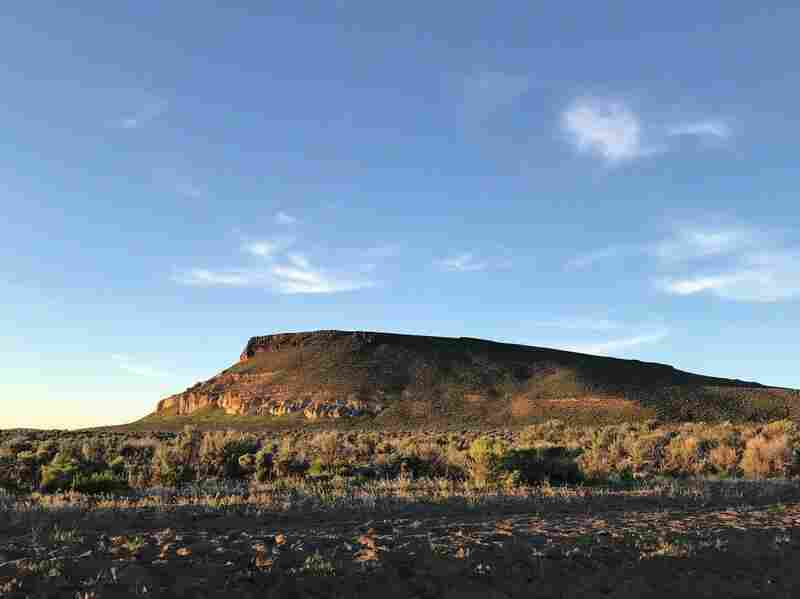 A look at the edge of Massacre Rim, from State Route 8A in northwestern Nevada. Noah Glick/KUNR hide caption 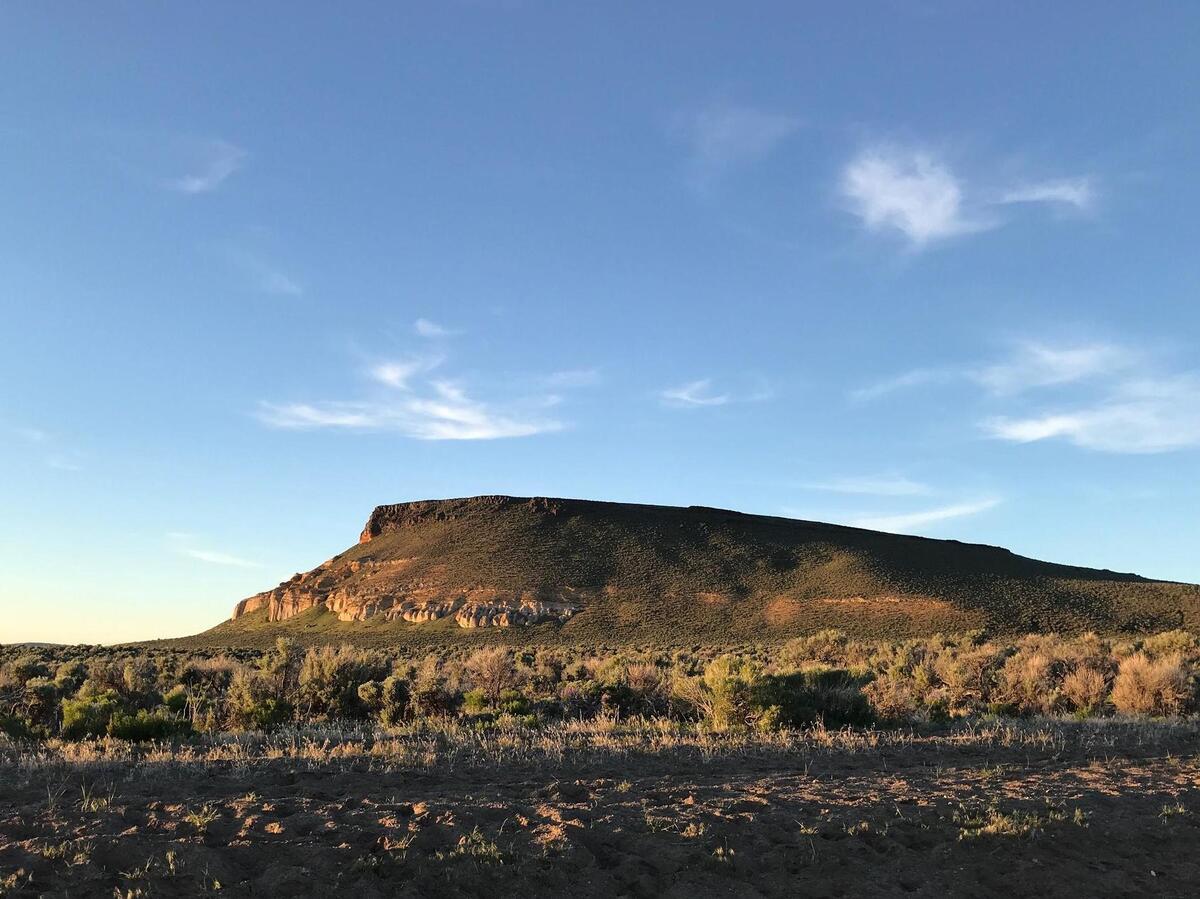 A look at the edge of Massacre Rim, from State Route 8A in northwestern Nevada.

Only 10 dark sky sanctuaries exist in the world, with four of them in the U.S. At more than 100,000 acres, Massacre Rim is the largest one in the country. It is surrounded by thousands of acres of sagebrush and grass, making it perfect for cattle and for camping.

The nearest city to this remote area is Cedarville, Calif., a town of just 500 people. In the heart of the city center sits the Country Hearth Restaurant, where every morning, owner Janet Irene bakes fresh bread and makes jams and salsas from scratch. She is happy about the designation and says the dark skies in her community aren't always appreciated. "It's something that's always there and we've always taken for granted," she says.

Irene has been in Cedarville since 1970 and says the night sky is something that continues to amaze her, even after nearly 50 years.

"It's so exciting to know that there's something else up there, other than what we see every day here," she says. "And you can actually see some small part of it. It's an insight into what might be."

It's an experience more people can see for themselves — if they're willing to travel to this remote area of northwest Nevada.

This story comes to us from the Mountain West News Bureau.