Accessibility links
Wanda Sykes Takes On President Trump In 'Not Normal' Before Sykes became a comic, she worked at the National Security Agency, where she had top security clearance. Now she takes on the president in her Emmy-nominated Netflix special Not Normal. 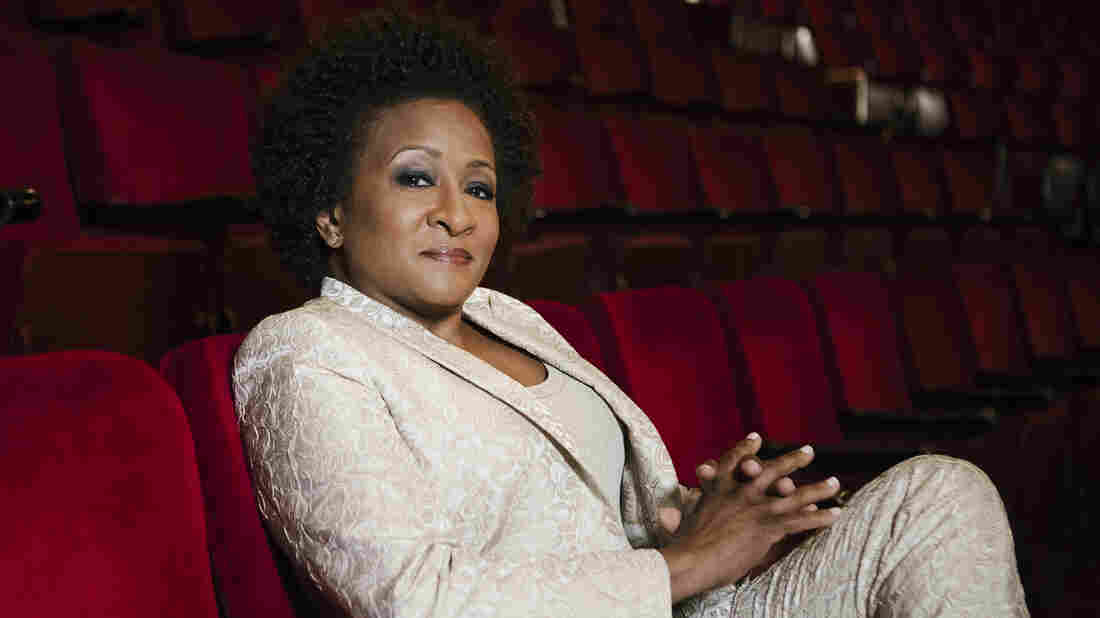 Wanda Sykes surprised herself by coming out publicly as a lesbian at a 2008 LGBTQ rally in Las Vegas. "I didn't even know that I was going to do it," she says. "It wasn't planned at all." Atsushi Nishijima/Netflix hide caption 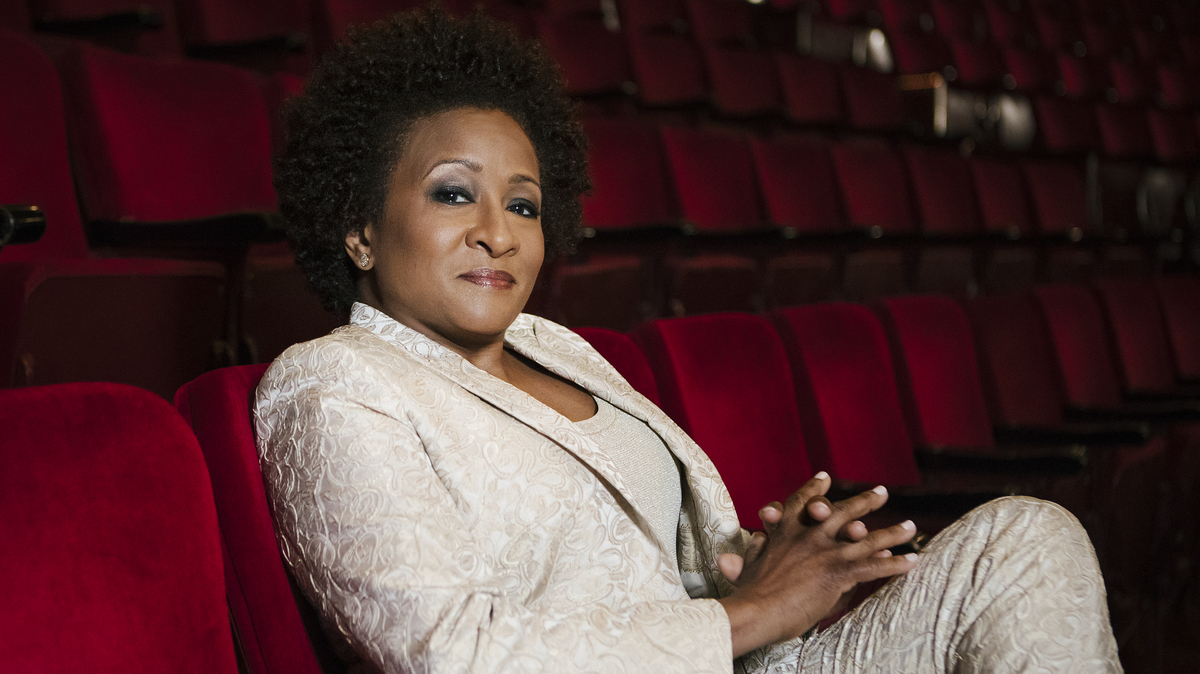 Wanda Sykes surprised herself by coming out publicly as a lesbian at a 2008 LGBTQ rally in Las Vegas. "I didn't even know that I was going to do it," she says. "It wasn't planned at all."

Before Wanda Sykes became a comic, she worked as a procurement officer for the National Security Agency and had top security clearance. But she always loved telling jokes, and when a local radio station sponsored a talent show that included a comedy category, she decided to audition.

Sykes quit the NSA and began focusing on comedy. She told political jokes throughout the Clinton, Bush and Obama administrations. In 2009, she became the first African American woman to host the White House Correspondents' Association dinner.

Now she takes on President Trump in the Emmy-nominated Netflix special Not Normal. Sykes insists the jokes don't come easily under the current administration.

"You would think, 'Oh boy, there's so much to make fun of,' but really I can't write anything funnier or more ridiculous than what Trump actually says," Sykes says. "It's like doing a parody of a parody."

That was my fault, because it wasn't my show. When I say "fault," I don't mean that ... I take responsibility for being booed. I take responsibility [for] being a comic and not reading the room. I'm in Boston and it was a benefit for the Cam Neely Foundation, and my friend Denis Leary asked me to do it, and I've performed there before and it's a great charity and it's usually a fun night ... but this was right after the election.

And so then I go up, and [with] the first joke I get some laughs — it was a Trump joke — and then the second joke [I said,] "Hey, this isn't the first time we've had a president who's racist, homophobic, sexist, but this is just the first one that we can confirm." And the crowd just turned then. ...

They weren't ready to see a black woman who happens to be a lesbian also making fun of the president.

Then I got it. I was like, "Oh, shoot. That's right. I forgot. I'm a black, lesbian female, and they aren't ready for this yet." It's like, white guys, sure, go ahead. Come on out ... because we see it every night on late-night TV: white guys making fun of the president. ... But they weren't ready to see a black woman who happens to be a lesbian also making fun of the president.

I didn't even know that I was going to do it. It wasn't planned at all. I was in Vegas performing ... and there [was an LGBTQ equality] protest in Vegas. ... So it's like, Hey ... let's go out and support and protest. So I get there, and it's a large crowd and the head of the [LGBTQ] center, she's speaking and she said, "We have someone out here who's an ally, and she's a strong voice for the community. And I'm just going to put her on the spot and see if she will come up and say a few words."

Now, I'm looking around in the audience thinking, "Is Drew Barrymore here? Is Pink here? What's going on?" I'm looking around for the ally, and then she says, "Wanda Sykes." I'm like, "Oh, no. I'm part of the family. I'm not the ally." So I go up and it just happened and I made the speech. ... When I got back to the hotel room, I'm looking at CNN and now I'm on the crawl, and I was like, "Oh boy."

It feels weird when I think about it, but [when] it's just the four of us, then I don't think I think of it then, but when her family is there or we have a bunch of friends over, I do kind of look around and I go, "Man, there's a lot of white people in my house right now." And it's not like I don't like it or it makes me uncomfortable. It's just I noticed it. ... Sometimes I'll call a friend like, "Hey man, what you doing? Want to come over?" And he goes, "What? You got too many white people in your house?" I'm like, "Yeah."

On what she likes about motherhood

It takes you out of yourself. Just to be able to love something so much and want to be there and take care of them and not worry about yourself. It's just good to know that I have that capability. ... I thought I was so self-absorbed, but wow, look at me! Look at me parenting and being caring about something else other than myself! It's just beautiful. I've learned a lot about myself. So I guess that is kind of like about me again. Damn it! I thought I had this.

I have an incredibly strong history of cancer on my mom's side. ... I've lost aunts to breast cancer, ovarian cancer. My uncles, all the boys on her side, they've had prostate cancer. ... We just had kids. The kids were maybe 2. So I was like, Look, I just wanted this taken care of — and my doctors, they also advised the same thing. ... It was tough, but I feel great and I got some perky boobs out of it!