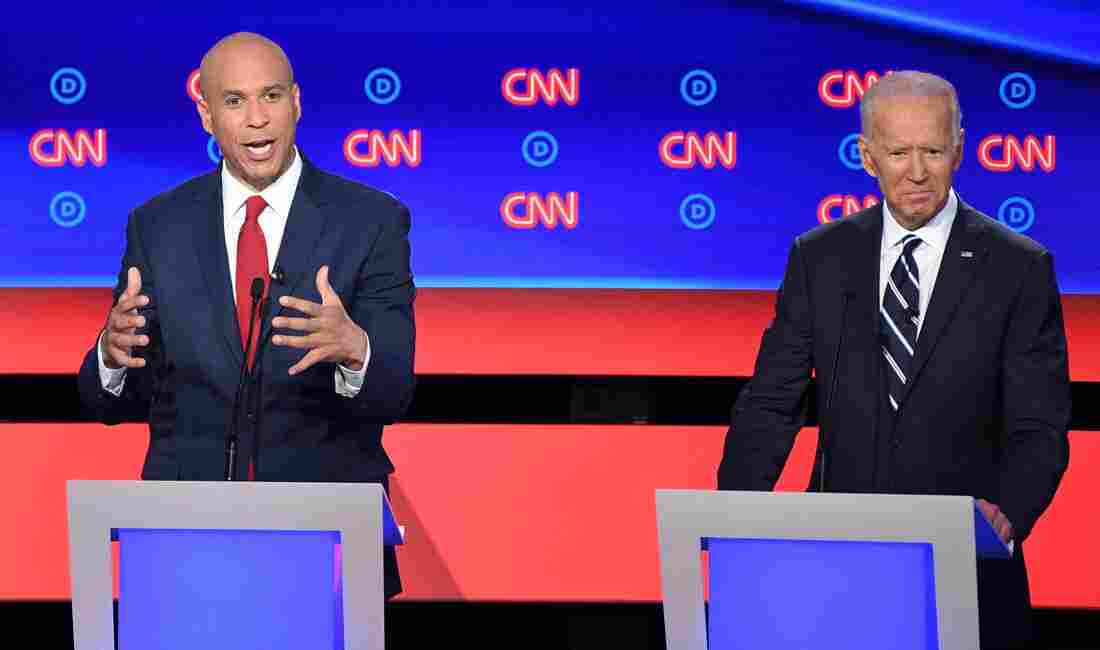 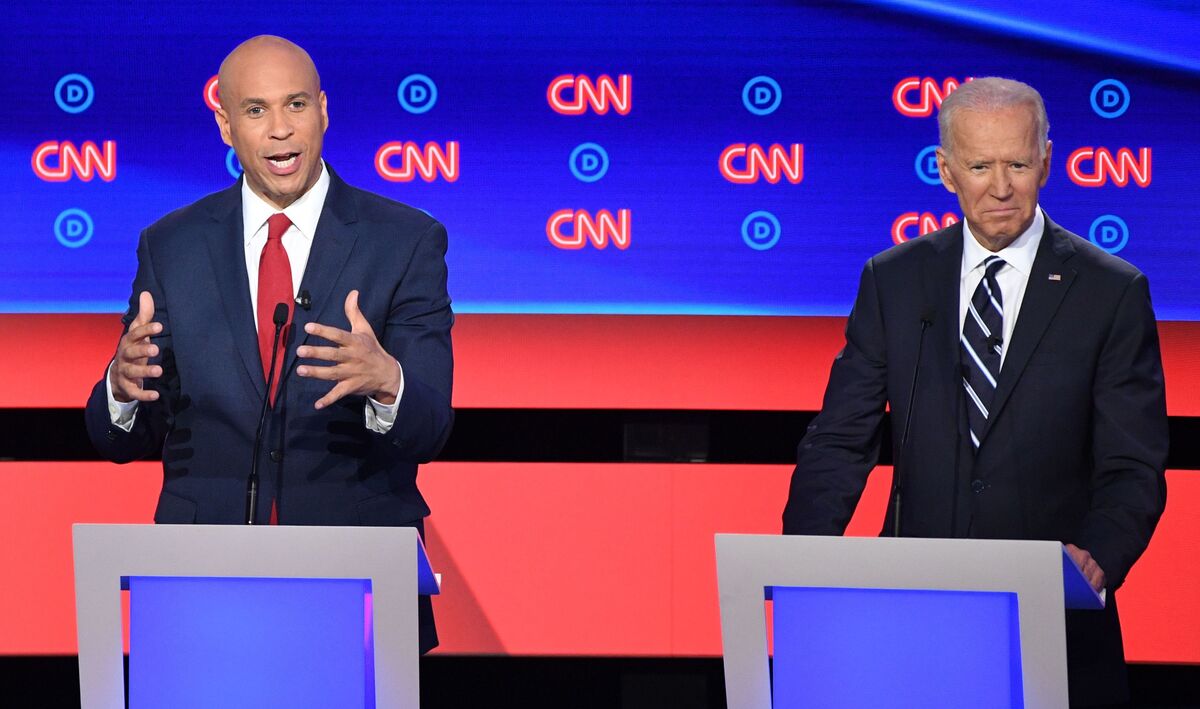 Former Vice President Joe Biden and Sen. Cory Booker went head-to-head over their records on criminal justice on the second night of the Democratic presidential primary debate in Detroit.

This was a fight that had been brewing for a while. The New Jersey senator spent the past few weeks repeatedly criticizing Biden for his role, when he was a Delaware senator, in crafting the landmark 1994 crime law that many criminal justice reform activists identify as one of the major contributors to the swelling of the U.S. prison population.

"There are people right now in prison for life for drug offenses because you stood up and used that tough-on-crime phony rhetoric that got a lot of people elected but destroyed communities like mine," said Booker, referring to Newark, N.J., where he served as mayor.

Booker was a leading sponsor of the First Step Act, passed into law late last year. That law, which was also supported by President Trump, rolled back some of the mandatory lengthy sentences imposed in the 1990s.

Biden argued that the First Step Act built on a law enacted during the Obama administration that lowered the disparity in penalties between crack cocaine and powder cocaine. The First Step Act made those changes in sentencing retroactive.

Biden has had to respond to a drastically changed political landscape since the "tough on crime" era decades earlier, when Biden chaired the Senate Judiciary Committee. Now, conservative and progressive advocates contend that locking up drug offenders for long periods of time did little to curb crime and instead harmed communities and created a vast and expensive prison system.

The former vice president has released a plan that would focus on lowering the federal prison population through support for rehabilitation and the elimination of mandatory minimum sentences.

To argue that his positions were well within the mainstream at the time, Biden said that former President Barack Obama would not have picked him as his running mate had he been concerned about Biden's past stances.

"This is one of those instances where the house was set on fire, and you claim responsibility for those laws," Booker said to Biden. "You can't just now come up with a plan to put out that fire."

From 2016: Some Blacks Did Support Bill Clinton's Crime Bill. Here's Why

Biden sought to turn the tables on Booker, accusing him of allowing the Newark police department to use "stop and frisk" tactics when Booker was mayor.

Booker shot back with what he said was a saying in Newark: "You're dipping into the Kool-Aid and you don't even know the flavor." The former mayor said he inherited a troubled police department that was reformed under his watch.